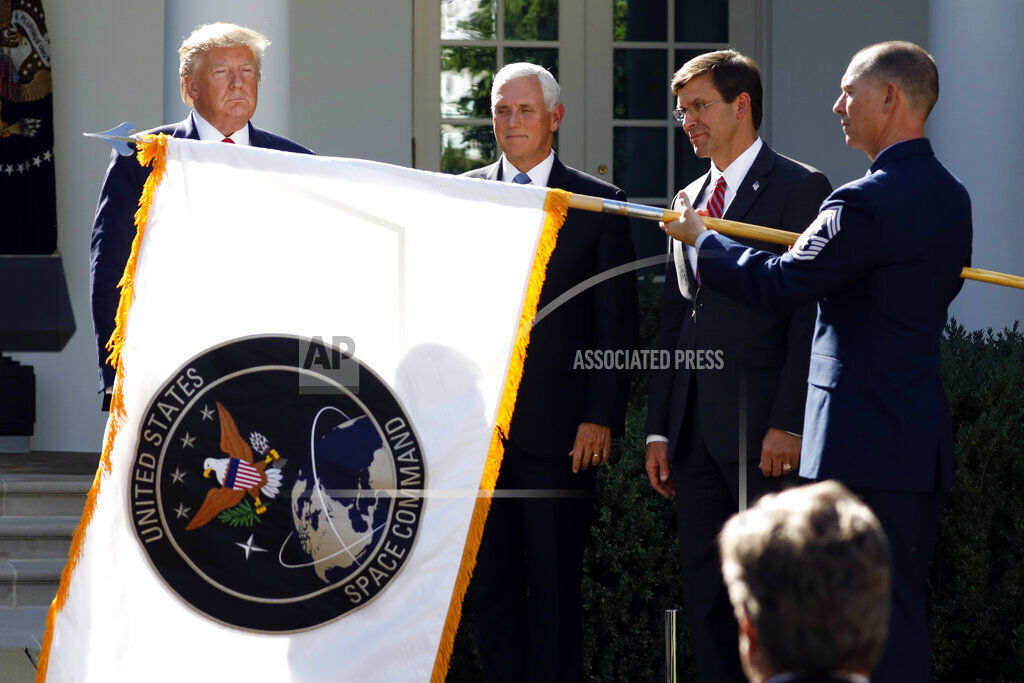 In this Aug. 29, 2019, photo, President Donald Trump watches with Vice President Mike Pence and then-Defense Secretary Mark Esper as the flag for U.S. Space Command is unfurled as Trump announces the establishment of the Space Command in the Rose Garden of the White House in Washington. [CAROLYN KASTER/ASSOCIATED PRESS FILE] 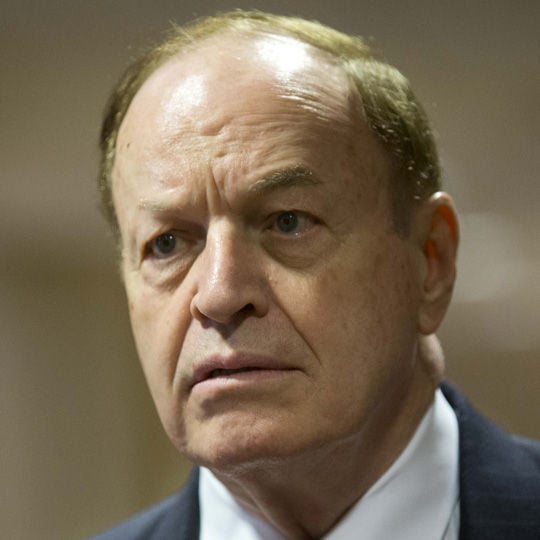 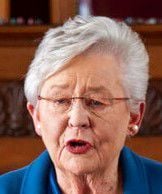 The U.S. Air Force announced Wednesday that the new U.S. Space Command headquarters will be in Huntsville, and local mayors expect it to provide an important boost to the regional economy.

The state was selected over five others competing for the project, including Colorado, where Space Command is provisionally located.

"Huntsville is the right pick for a host of reasons — our skilled workforce, proximity to supporting space entities, cost-effectiveness, and quality of life, among other things," U.S. Sen. Richard Shelby, R-Tuscaloosa, said in a statement Wednesday.

The decision came after a two-year selection process.

“I couldn’t be more pleased to learn that Alabama will be the new home to the United States Space Command," Ivey said. “This combination only enhances the outstanding relationships we have with the 65 diverse federal agencies on Redstone Arsenal, not to mention the growing presence of the FBI and other federal installations."

The Air Force has previously said the headquarters would bring about 1,400 jobs.

Colorado officials lambasted the move, saying military officials had recommended to Trump that Space Command remain at the Peterson Air Force Base in Colorado Springs, but they were “overruled for politically motivated reasons.” They did not say what those alleged political reasons were.

“This move threatens jobs, could cause serious economic damage, and upend the lives of hundreds of military and civilian families that were counting on U.S Space Command staying at home in Colorado Springs as well as harm military readiness,” Democratic Colorado Gov. Jared Polis and Lt. Gov. Dianne Primavera said in a statement.

In a letter, U.S. Rep. Doug Lamborn of Colorado urged President-elect Joe Biden to reverse the decision upon taking office, saying moving Space Command from Colorado would “damage America's national security” at a time when Russia and China are actively competing with the U.S.'s space capabilities.

Decatur Mayor Tab Bowling said the benefits of the Space Command won't be limited to Huntsville.

“Marshall Space Flight Center and Redstone Arsenal have meant a lot to Decatur and our citizens,” Bowling said. “The Space Command creates a tremendous future for the Decatur area.”

Bowling said Space Command is another boost to north Alabama as it joins the expanded FBI facility at Redstone Arsenal and new companies like Mazda Toyota Manufacturing USA.

“The Space Command creates growth and adds jobs for our economy," he said.

"It's another major boost for north Alabama," Marks said. "It's a very exciting opportunity to attract high-level positions to north Alabama."

He said it's critical to get the Interstate 565 widening and other road projects completed to handle additional traffic in the area.

"I don't see a stopping point" for the area's growth, he said.

"This group was meticulous in its review and assessment of potential sites, and they put us through the paces in their research these past two years," he said in a statement. "The site selection team recognized what we know to be true — Huntsville is a natural choice. We are space. We do space. From the Redstone Arsenal installation to the Space and Missile defense assets that are here, Huntsville has been the leader in all thing space since day one."

A statement from the Air Force said it based its selection on factors related to mission, infrastructure capacity, community support and costs to the Department of Defense.

"Huntsville compared favorably across more of these factors than any other community, providing a large, qualified workforce, quality schools, superior infrastructure capacity, and low initial and recurring costs. Additionally, Redstone Arsenal offered a facility to support the headquarters, at no cost, while the permanent facility is being constructed," according to the statement.

Huntsville’s nickname, Rocket City, is thanks largely to Wernher von Braun and his team of fellow German-born rocketeers who settled there in the 1950s. The city has long been home to the Army’s Redstone Arsenal and NASA’s Marshall Space Flight Center.

“The bottom line is simple, the Redstone Region is the most natural choice to become home to such an important mission for our country,” Ivey said.

The Department of the Air Force said the decision to move to Huntsville will become final pending the results from the required environmental impact analysis. That is expected in the spring of 2023. The headquarters will remain in Colorado until then.

The U.S. Space Command was established in August 2019 and is the Defense Department's eleventh unified combatant command. Its mission is to better advance U.S. military operations in space.

President Donald Trump in 2019 authorized the creation of the U.S. Space Command to preserve American dominance on what he called “the ultimate high ground.”

The Air Force initially planned to announce a home base for Space Command’s headquarters by late 2019. It had released a different list of finalists last year, but scrapped those plans in May and began a new search.

Should defendants charged with escape from police custody be granted bail?