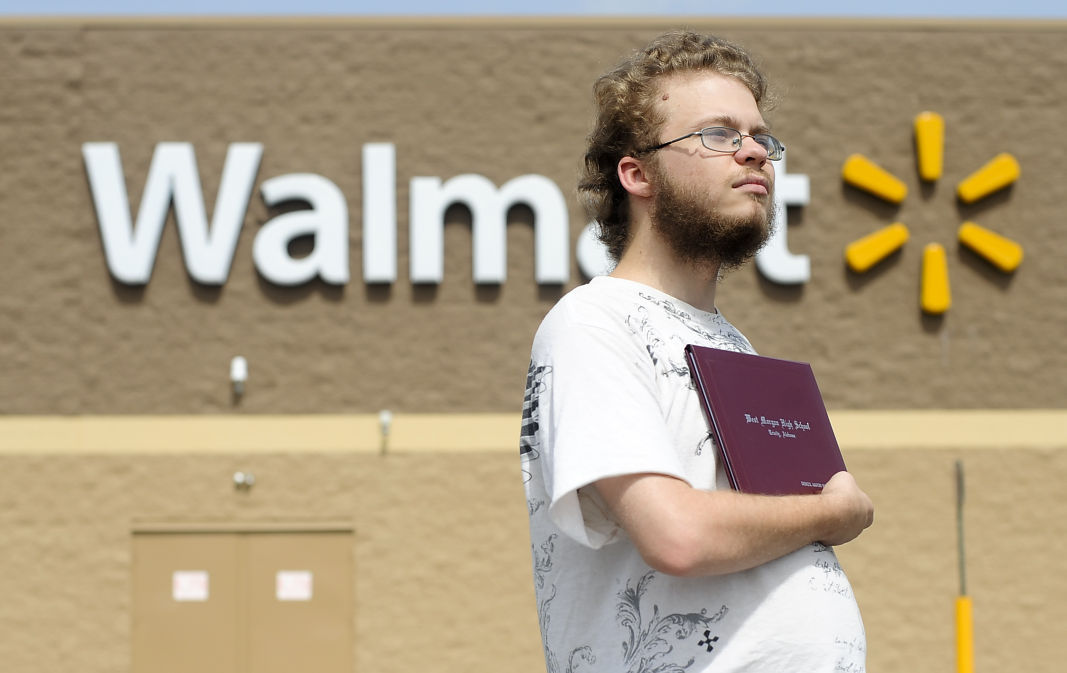 Aaron Browder holds his high school diploma outside Wal-Mart on Spring Avenue in Decatur on Tuesday. He said a sales associate refused to order his class ring because his school mascot is a Rebel. 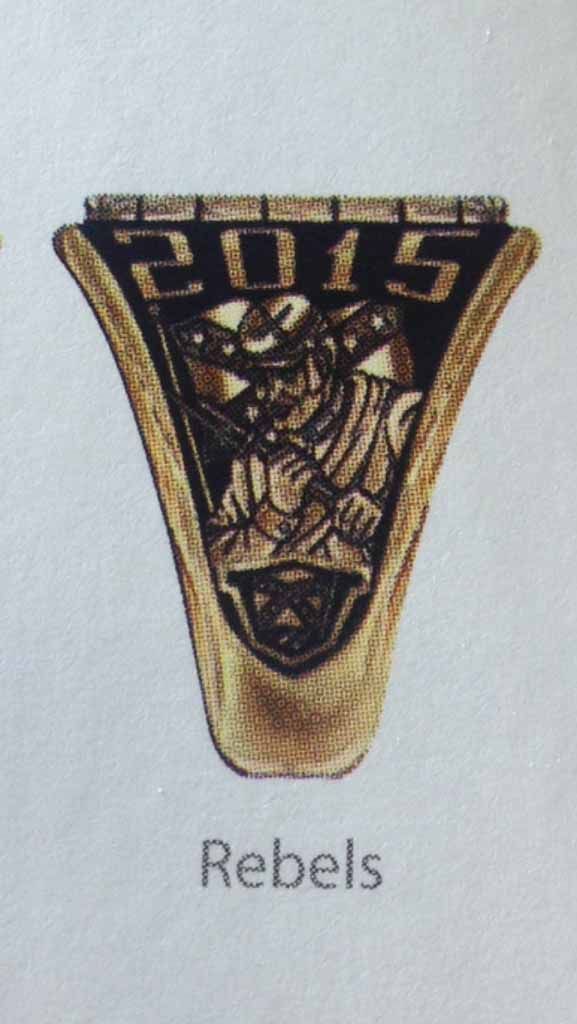 The Rebels mascot, which a third-party vendor provided to Wal-Mart for class rings, included the Confederate flag in the background and foreground.

Aaron Browder holds his high school diploma outside Wal-Mart on Spring Avenue in Decatur on Tuesday. He said a sales associate refused to order his class ring because his school mascot is a Rebel.

The Rebels mascot, which a third-party vendor provided to Wal-Mart for class rings, included the Confederate flag in the background and foreground.

West Morgan High graduate Aaron Browder said he was at a loss for words when he and his mother were turned away from Wal-Mart’s jewelry counter in Decatur and told by an employee his class ring could not be ordered because his high school mascot — the Rebel — is controversial and is a symbol of racism.

“I just stood there and thought, ‘You’ve got to be kidding me,’ ” Aaron Browder said.

But it was no joke. Brenda Browder, Aaron Browder’s mother, said the sales associate at the Wal-Mart on Spring Avenue told them the ring could not be ordered with the school’s name or mascot on it.

“We didn’t even know how to react,” Brenda Browder said. “We stood there looking at each other in complete disbelief, and then we just walked away. It took a while for the anger to set it.”

Brenda Browder said she and Aaron wanted to get “West Morgan Rebels” written around the stone in the ring, the school’s mascot on one side of the ring and either the school’s crest or an ROTC design on the other side. Browder said they had no intention of getting a Confederate flag on the ring.

The Decatur family lives on a fixed income, Brenda Browder said, and she could not afford to order the class ring through Jostens, which partners with high schools and colleges to provide yearbooks, graduation caps and gowns, and class rings for students.

Wal-Mart corporate spokeswoman Erin Hofmann said Tuesday she was looking into the incident and would be able to provide more information later. Mitch Halcomb, a Spring Avenue Wal-Mart shift manager, said Tuesday he was not aware of the incident.

Today, Wal-Mart corporate spokesman Brian Nick said the reason Browder wasn't able to purchase a senior class ring with a Rebels mascot is because the design automatically included the Confederate flag in the background and foreground.

Because of the flag in the design, Nick said the sale of the generic Rebels design was discontinued by Wal-Mart but had not yet been taken out of the class ring catalog.

After the incident, Brenda Browder said she contacted Morgan County school board Chairman Billy Rhodes, the District 1 representative. Rhodes said he contacted Wal-Mart and spoke with a manager who confirmed the incident did take place and told him the directive was passed down from Wal-Mart’s corporate office.

“She told me they are not allowed to special order anything with the Confederate flag on it,” Rhodes said. “Wal-Mart has this policy, and the people who work there are doing what they’ve been instructed to do.”

Wal-Mart is one of several national retailers, including Target and Amazon, to say they will no longer sell Confederate battle flags and items with Confederate symbols. That follows a mass shooting at a black church in Charleston, South Carolina, in which nine church members were killed. The incident has prompted state governments throughout the South to remove or re-evaluate Confederate flags on state property. The accused Charleston shooter had posted pictures of himself with the Confederate flag online.

Rhodes said he advised the family to go to another place, such as a jewelry store, to order the ring. West Morgan High Principal Keith Harris said Tuesday he had not heard about the incident and is not aware of similar incidents.

“We will look around at other places to see if we can find something affordable,” Brenda Browder said. “I may have to save up for a few months to be able to afford it, but I’m going to get my son a ring.”

The ignorance of this world never ceases to amaze me. I am not going to even touch the whole Confederate flag debate, as this article states they did not ask for the flag to be put on the ring. Therefore, I do not see the problem. The problem is one word..."rebels". So, I would ask Wal-Mart how has the word "rebel" itself become a racist and offensive term? The Founding Fathers of this country, along with those that fought in the Revolutionary War, were called rebels by King George. So, now we ban the word because it is also used to describe The Confederacy? Wow.

I do not understand all the negativity here. I mean we took down the Confederate flag and have legalized same sex marriage. Shouldn't we have world peace by now?

I bet they will not turn away weekly customers wearing clothing with rebel slogans or flags.

At some point, I am expecting the movie, Rebel Without a Cause, to be outlawed and stripped of being one of the greatest movies ever made. This stuff is getting way out of hand.

It is hard to say which is more rediculous, the fact that you could see this coming, or that the Decatur Daily knowingly lets people hide behind vindictive & cowardly screen names.

Would you consider becoming a Boy Scout or Girl Scout troop leader?