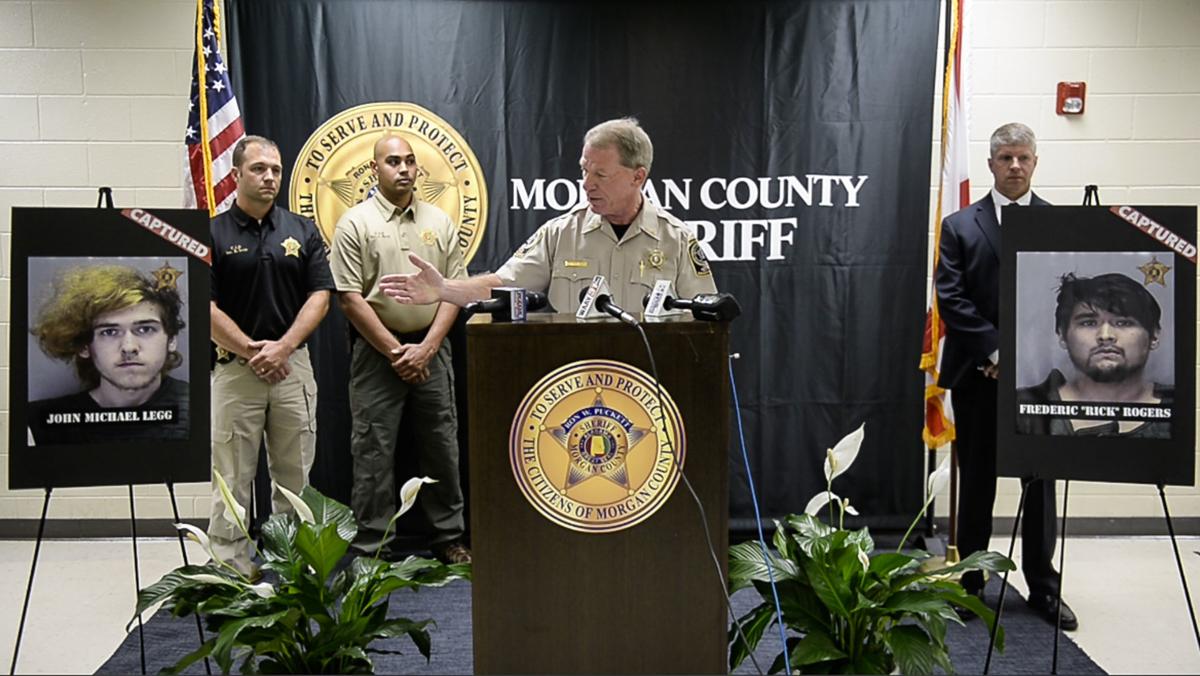 Morgan County Sheriff Ron Puckett announces Monday that two Morgan County men have been arrested and are being held in Marion County, Oregon, in connection with the fatal shootings of seven people in Valhermoso Springs on June 4. Photos of suspects John Michael Legg, left, and Frederic “Rick” Allen Rogers, right, were on display. Video at decaturdaily.com. [DAN BUSEY/DECATUR DAILY] 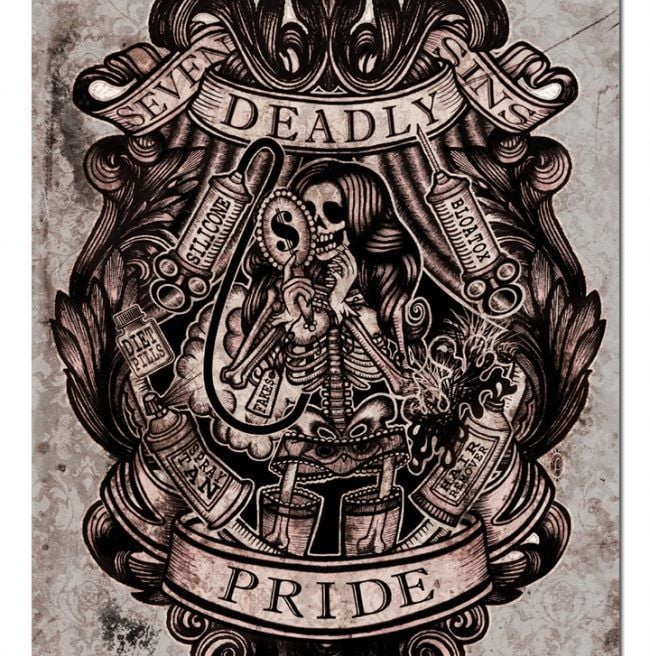 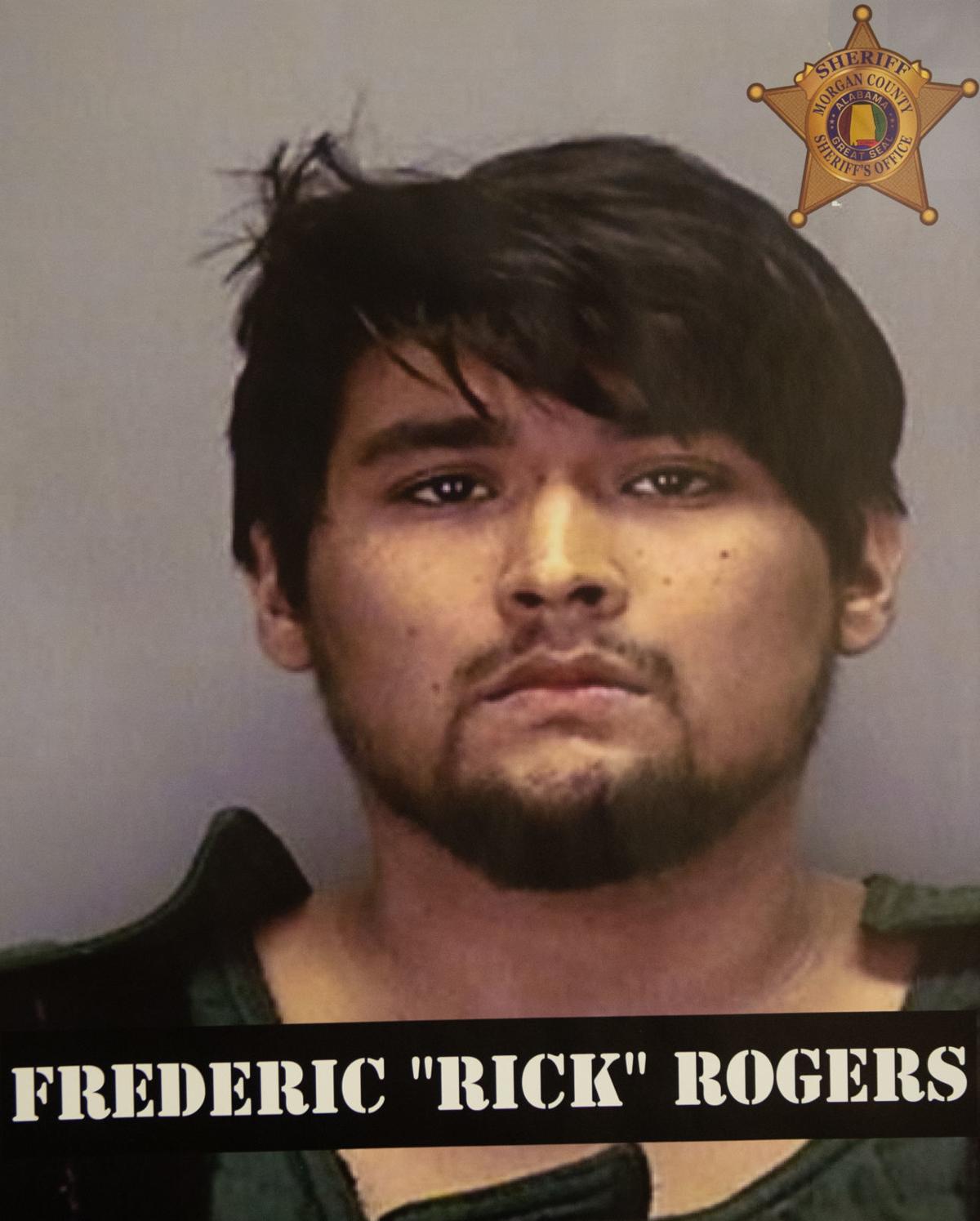 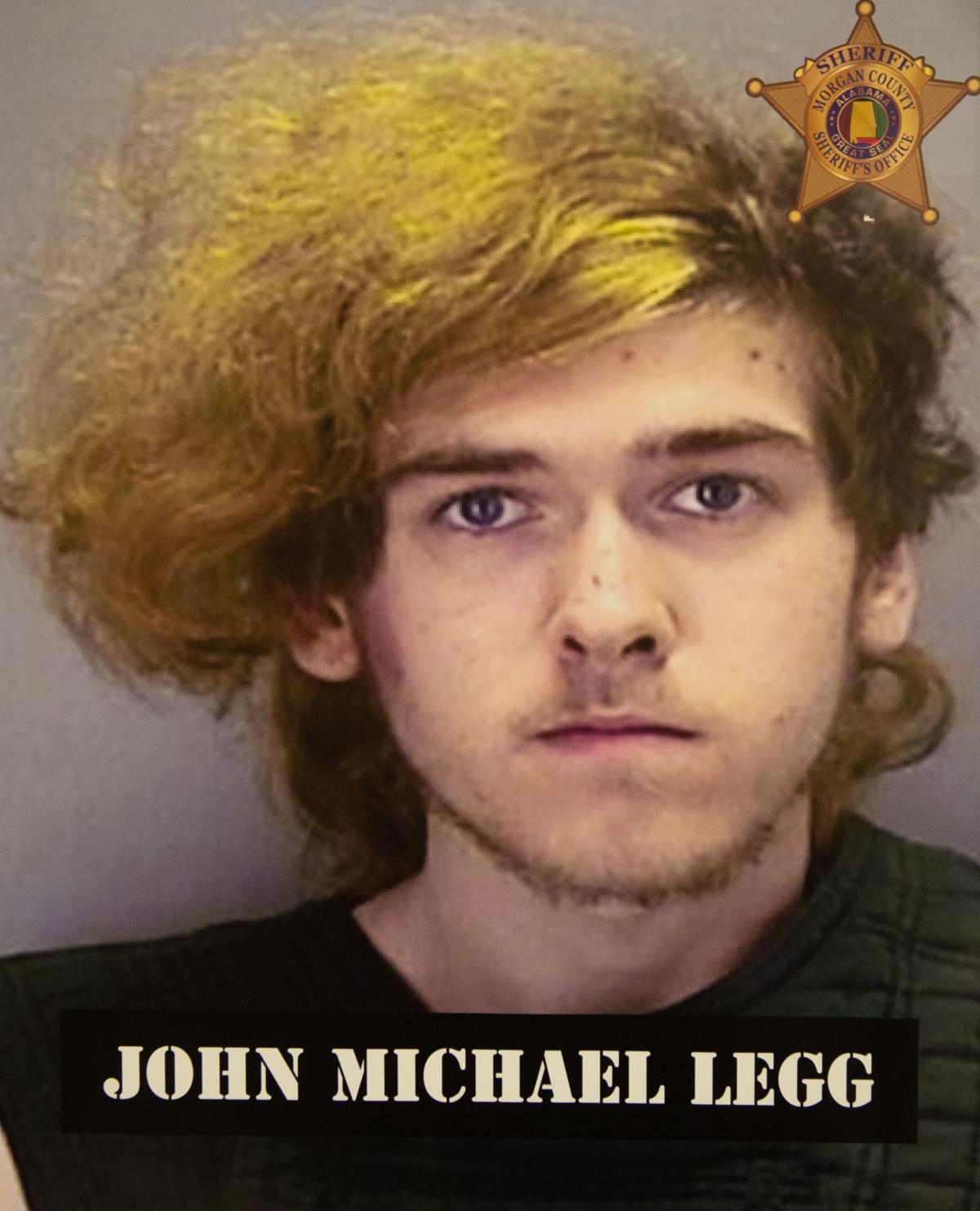 Morgan County Sheriff Ron Puckett announces Monday that two Morgan County men have been arrested and are being held in Marion County, Oregon, in connection with the fatal shootings of seven people in Valhermoso Springs on June 4. Photos of suspects John Michael Legg, left, and Frederic “Rick” Allen Rogers, right, were on display. Video at decaturdaily.com. [DAN BUSEY/DECATUR DAILY]

Two Morgan County men, who along with some of their victims were members of a club they called Seven Deadly Sins, were apprehended in Oregon and face capital murder charges for seven killings in Valhermoso Springs on June 4, according to authorities.

Morgan County Sheriff Ron Puckett said John Michael Legg, 19, of Danville, and Frederic “Rick” Allen Rogers, 22, of Hartselle, were detained at gunpoint without incident during a traffic stop by the sheriff’s department in Marion County, Oregon, on Sunday.

According to the Marion County Sheriff’s Office, Legg and Rogers were apprehended about 12:30 p.m. Sunday driving a silver/gray Dodge Charger in Stayton, a town of about 8,000 southeast of Salem, the county seat and state capital.

She said the pair were captured peacefully. Jefferson said Rogers was booked into the jail at 7:20 p.m. Sunday and Legg at 8:30 p.m. She said they are being held in the general population of the Marion County Jail.

“If they waive extradition, we’ll send deputies out there to pick them up,” Puckett said. The Marion County Jail is 2,517 miles from the Morgan County Jail.

Puckett said the pair knew the seven victims in the house at 522 Talucah Road where the fatal shootings occurred. He said Legg and Rogers and three of the people killed — James Wayne Benford, 22, of Decatur, Roger Lee Jones Jr., 20, of Decatur, and Jeramy Wade Roberts, 31, of Athens — were members of a local group called Seven Deadly Sins.

“We believe it was just a local club of some of our victims and these two guys,” Puckett said. “They were forming a club and calling themselves the Seven Deadly Sins. ... To the families of the victims, I want to say our investigators did not give up on your loved ones. These arrests will begin your journey to justice.”

He did not give a possible motive for the killings that occurred shortly after 11 p.m. on June 4.

Authorities would not say if the group involved drug activity, but Puckett said Rogers and Legg had been to the Valhermoso Springs house “many times.”

Puckett did not rule out further arrests and said investigation is ongoing. He said more details would come out in the trial.

“We will continue to follow our leads,” he said. “Doing what we do as investigators, if we develop more leads that others might be involved,” more arrests could be made.

Morgan County District Attorney Scott Anderson was out of town Monday and could not be reached for comment. Capital murder suspects are not granted bail in Alabama and upon conviction a capital murder sentence is either life in prison without parole or the death sentence.

“All of the information we received helped lead us to these arrests,” Puckett said. “Early on in the investigation, these two individuals were of interest to us. We don’t believe there are any more threats from this club.”

He said Rogers had relatives living in Oregon and the family members were unaware of his connection to the crime.

Court records show Rogers listed an Aumsville, Oregon, address after being stopped by Alabama state troopers in Madison County for a traffic violation in 2018.

Morgan County sheriff’s spokesman Mike Swafford said authorities executed a search warrant in Arab on Friday for Legg and Rogers and then sent out a nationwide bulletin for the pair.

“We weren’t aware of (this group) until this happened,” he said. “It wasn’t like they were a motorcycle gang where they have their names on the back of their shirt. They were a club to themselves. To the public, they were just people.

"We imagine they were a club for money of some sort or drugs of some sort. This is a group with a moniker they gave themselves.”

Morgan County Schools spokeswoman Lisa Screws said Legg is listed as withdrawing from Danville High School early in 2017. She said the district doesn’t list a reason for withdrawing. She said there is no record of Rogers ever attending school in the county.

Swafford thanked the public for sending in tips.

Todd Bobe, assistant special agent for the Birmingham unit of the FBI, said there was not one major development that led to the arrests.

“The guys and gals were running down everything coming through,” he said of a multiple agency violent crime task force. “We were checking everything. ... Because bad guys aren’t going to stay local, we can’t stay local. The process worked from 2,500 miles away. We were optimistic with the leads we had, but it’s hard to be excited when seven people were killed.”

Twenty-five agencies including FBI offices in Portland, Oregon, and Denver assisted in the investigation, authorities said.

Bobe said the Valhermoso Springs killings appear to be “the second-largest mass shooting” in state history. He said a 2009 shooting in Geneva County in southeast Alabama claimed 10 victims and the shooter.

So sad that 7 people lost their lives.