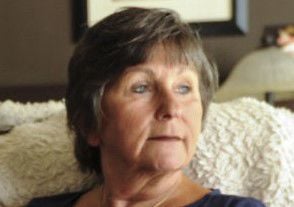 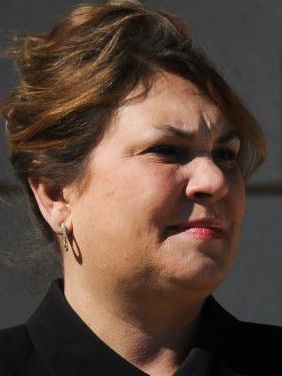 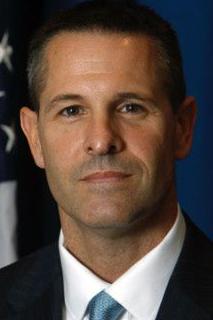 A battle over free speech is playing out in a federal courthouse as a Falkville blogger seeks to block defamation claims filed against her by Morgan County Sheriff Ana Franklin.

“The blog contains information of legitimate public concern that are matters of public interest,” Brandy Lee of Birmingham, one of Glenda Lockhart’s lawyers, said Thursday.

Glenda Lockhart has for years run a blog critical of Franklin and several of her deputies. She sued Franklin and three Sheriff’s Office employees in October 2016, alleging they illegally searched her business and paid an informant — Lockhart’s grandson — to hack her computers. The motive for the alleged misconduct, according to Lockhart, was to shut down the blog.

Lee, who this week filed a motion to dismiss the counterclaim, said the blog played a part in remedying a public problem by bringing attention to misconduct by the defendants.

“For example, the blog made statements about the improper use of jail food money,” Lee said. “This information was proven true. The sheriff invested funds contrary to a federal court order in a now-bankrupt company run by a felon.”

Franklin in 2015 used $160,000 in jail food money for a high-interest loan to Priceville Partners LLC, which declared bankruptcy in March 2016. She was found in contempt of court last year because the use of the money violated a 2009 federal order, issued when Greg Bartlett was sheriff.

On Tuesday, Morgan County voters passed a local constitutional amendment barring the sheriff from pocketing jail food money. The amendment also raises the sheriff’s salary, although Franklin will not benefit. She did not run for a third term and will be replaced by Hartselle Police Chief Ron Puckett in January, when the amendment takes effect.

Due to First Amendment concerns, statements made about public officials or matters of public concern — even if false — are not grounds for a defamation claim unless the official can demonstrate they were published with “actual malice.”

“Corruption by public officials and their delegates within the sheriff’s office is a real public concern which I believe will protect my client’s free speech,” Lee said.

Lockhart’s motion seeks to dismiss a 61-page counterclaim filed last month by Franklin, deputies Robert Wilson and Blake Robinson, and information technology employee Justin Powell. The counterclaim alleges Lockhart is liable to them for defamation, invasion of privacy, intentional infliction of emotional distress and other causes of action.

False statements in the blog, according to Franklin and the others, were intended to harm their reputations, to lower them “in the estimation of the community, and to deter members of the community from associating or dealing” with them.

“Glenda Lockhart hates Ana Franklin, Bob Wilson, Blake Robinson, and Justin Powell, and resents everything they stand for,” according to the counterclaim. “Her actions are born out of resentment, and (are) nothing less than a vendetta and personal vengeance.”

Lockhart’s blog posts have also made Franklin and the deputies targets of criminal investigations, according to the counterclaim.

“The unfounded allegations found on the blog, as well as baseless accusations by Lockhart have caused and facilitated various investigations by governmental entities, which have repeatedly investigated allegations of corruption,” according to the pleading.

“Defendants haphazardly assert that a variety of statements made on the blog are defamatory,” according to the motion to dismiss the counterclaim. “All of the statements involve matters that relate to actions taken by the defendants in their capacity as Morgan County Sheriff’s Office employees, which are all of public concern.”

Franklin’s lawyer, William Gray of Birmingham, said the blog does not merit First Amendment protection from his clients’ defamation claims.

“We don’t think the First Amendment applies to Morgan County Whistleblower,” he said Thursday. “She didn’t have the right to do the things we’ve complained about. We think in due time the court will agree with us.”

Lockhart’s lawyer argues in the motion that the counterclaim lacks enough detail for the court to determine whether false statements were made, or whether the defendants’ privacy was invaded.

The motion points to some of the counterclaim’s allegations:

• “Whistleblower posts have shown photographs of Franklin and romantic interests at private dinners, and falsely accused Franklin of indulging too heavily in alcoholic drinks while in public.”

• “Moreover, the blog has repeatedly and purposefully given publicity to private financial information pertaining to the (defendants), publicizing photographs of private property, and divulging private and, more often than not, false information about the (defendants), with the intent to harm… .”

These allegations, according to Lockhart’s motion, omit facts the court needs.

“Without these facts, this court cannot determine whether they would be highly offensive to a reasonable person or whether the publication is of legitimate concern to the public,” according to the motion.

In another development in the case, the Federal Bureau of Investigation on Thursday rejected a subpoena by Franklin that sought to obtain a thumb drive that allegedly contained  keylogger software supplied by the Sheriff's Office to Lockhart's grandson to find Lockhart's passwords. Franklin has argued the software was never installed on Lockhart's computers.

In a letter to Franklin's lawyer, U.S. Attorney for the Northern District of Alabama Jay Town rejected the subpoena because compliance would violate a Justice Department regulation that bars disclosures that would "reveal investigatory records compiled for law enforcement purposes, and would interfere with enforcement proceedings or disclose investigative techniques and procedures the effectiveness of which would thereby be impaired."