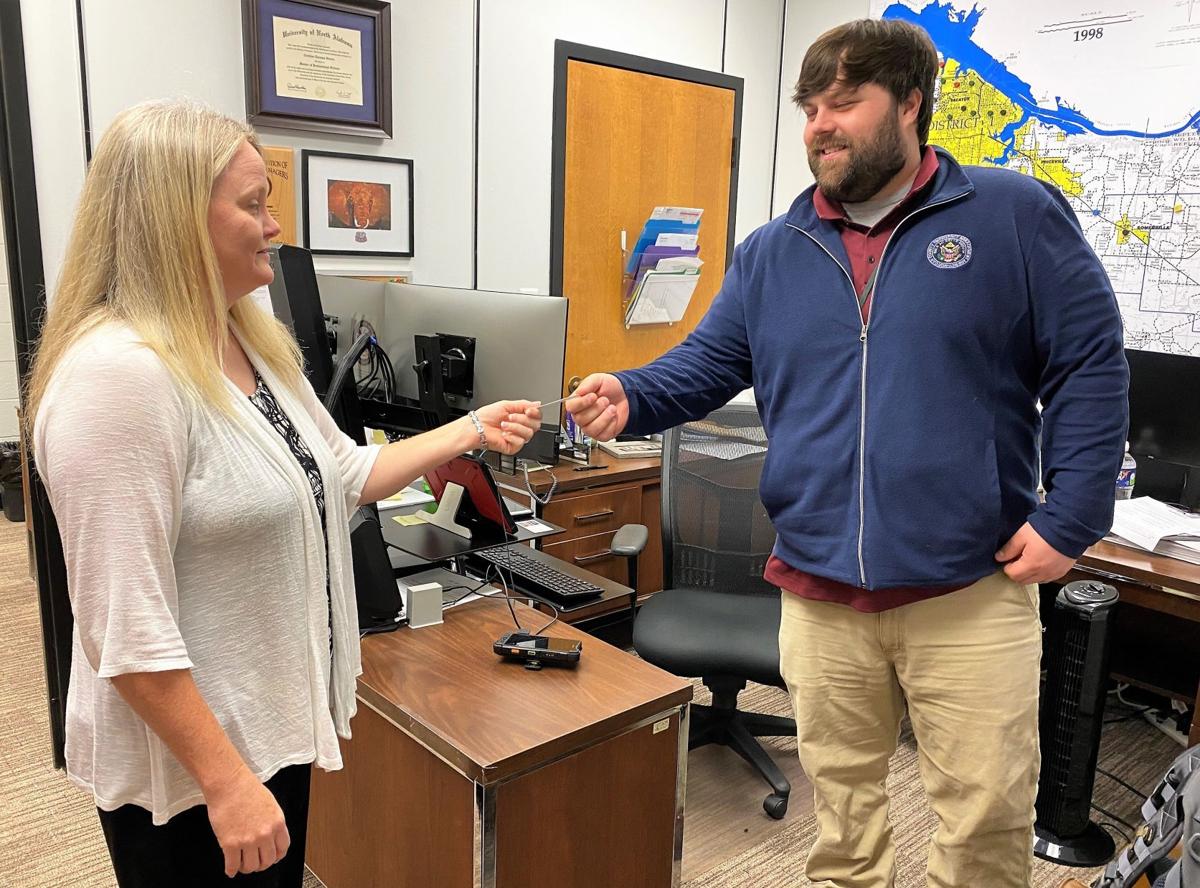 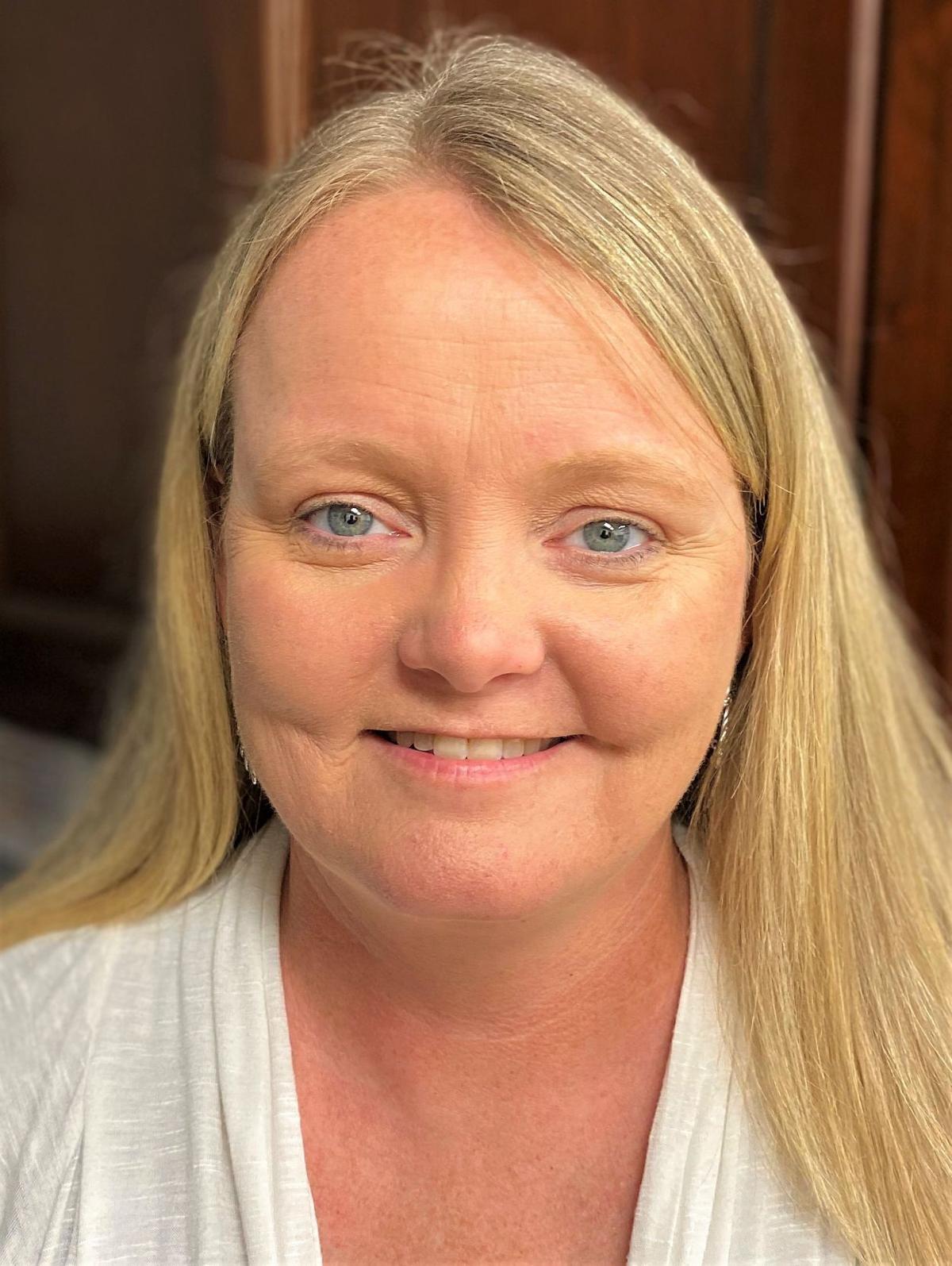 “I know I have big shoes to fill with Eddie leaving,” said Davis, 44, of Eva, who joined the county EMA office six years ago as a specialist responsible for grants and administration. “I was able to learn working with him.”

County Commission Chairman Ray Long said Davis, who holds a bachelor’s degree in rural sociology from Auburn, is well qualified for the position.

County records show Davis will be paid $50,273.60 annually. She was one of two internal candidates who applied for the job. The other was Trent Simon, emergency management specialist.

“Her experience was the deciding factor. (Trent) has only been with us a couple of years,” Long said. “She’s been here six years and deserves a chance. She has a number of certifications attending EMA classes while she has been here also.”

The Emergency Management Agency director’s job description calls for a bachelor’s degree and three to five years of progressive management experience in emergency management or “any equivalent combination of education, training and experience, which provides the requisite knowledge, skills and abilities for this job.”

“She’s been good with budgeting, too,” Long said. “If we had brought in somebody new they would have had to learn our area, our system, the TVA disaster plans. All of the responders know her and have worked with her.”

District 1 Commissioner Jeff Clark, who was on the interviewing committee, said both candidates were excellent choices. “It’s been a seamless transition with Brandy taking over,” he said.

At Tuesday morning's County Commission meeting, she was appointed to replace Hicks on the Morgan County Emergency Management Communication Board.

Davis, a graduate of Brewer High School, said she is eager to help launch a new smartphone application that will allow county residents and visitors to receive weather and traffic alerts specific to their location. She also points to renovations being made to the emergency operations center in the basement of the county courthouse “being back on course.” She said the flooring should be completed by the end of August.

“COVID has railroaded everybody’s plans for 2020,” she said. “It’s important that the people know we do more than sound sirens. I’m wanting to expand the general public’s knowledge of what goes on behind the scene.”

She said next will be to launch the mass notification call system. “It will be a weather-alert type of system, but it will be more specific,” she said. “The county is basically cut in half by the interstate. People would benefit from knowing about road closures and large crowd events such as the Alabama Jubilee Balloon Festival and tournaments.”

Davis said hosting drills with the Federal Emergency Management Agency and TVA will continue to be an important function of her position. “Also managing grants and preparing mitigation plans are so important,” she said. “We’re working as part of a health care coalition involving nursing homes and dialysis centers and (personal protective equipment) shortages.”

Tornadoes, straight-line winds, flooding and winter weather challenges are the major concerns for the local EMA office, she said.

In April 2011, a tornado touched down on the outskirts of Decatur, destroyed Independence Tube and knocked out power for five days. The city implemented a dusk-to-down curfew until power was restored.

“Decatur proper has been very lucky not to have been hit by a large tornado in many years,” she said. “But we’re not immune. We have to stay prepared.”

Davis said storm sirens will continue to a part of the weather alert system but one day will become obsolete. She said her office usually tests the sirens at 9 a.m. on the first Monday of each month.

“If bad weather is in the area, we’ll postpone the drills not to confuse the public,” she said.

A water spout formed over the Tennessee River on Sunday evening. She said her office had numerous calls reporting a tornado sighting.

“It is very rare we get a water spout. Thankfully, it was not a tornado,” she said.

She urged the public to follow the Morgan County EMA’s Facebook page for up-to-date information, especially during bad weather. She said emergency reports should be called in to 256-341-4620.