Decatur police investigate the site where a woman's body was found Monday morning on Fifth Avenue Northwest. A man has been charged with murder in her death. [TIM NAIL/THE DECATUR DAILY] 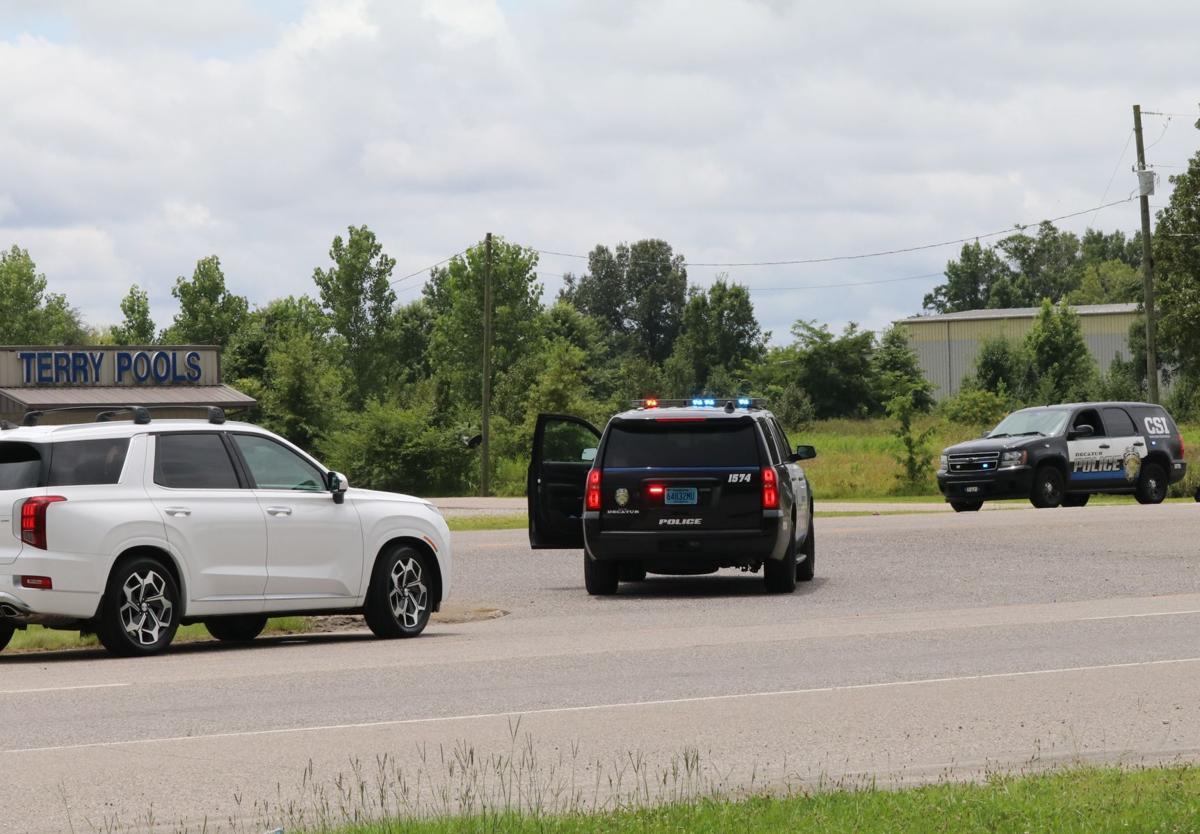 Decatur police investigate the site where a woman's body was found Monday morning on Fifth Avenue Northwest. A man has been charged with murder in her death. [TIM NAIL/THE DECATUR DAILY]

A Decatur man police said they found "covered in blood" was charged with murder Monday in the death of a 25-year-old woman discovered with numerous knife wounds on Fifth Avenue Northwest.

The slaying occurred a day after an unrelated death in Decatur involving a pedestrian struck by a car on Gordon Terry Parkway.

Decatur police said they arrested Macray Adam Williams III, 25, on Monday in the death of DeJa Lakia Bolden. Williams was being held at Morgan County Jail with bail set at $500,000, according to the Sheriff's Office.

Police were called to the 100 block of Fifth Avenue Northwest at about 7 a.m. Monday after Bolden was found lying in the road unresponsive. She was suffering from numerous lacerations, according to an affidavit filed by Decatur police Detective Joshua Daniell.

Daniell said in the affidavit that witnesses observed a man standing over Bolden's body before police arrived. Witnesses said the man ran to 109 Fifth Ave. N.W., and Daniell said Williams was there and had blood on him. He said Williams caused Bolden's death using a knife.

Morgan County Coroner Jeff Chunn said he was called to the scene at 7:17 a.m. and pronounced Bolden dead on the scene. He said her body was transported to the Alabama Department of Forensic Sciences in Huntsville for an autopsy, where she was determined to have died from knife incisions.

On Sunday morning, Decatur police were dispatched to the 2500 block of Gordon Terry Parkway at 7:09 a.m., where they found the body of Eddie Lynn Atkins, 57, in a ditch. Police said Atkins was struck by a vehicle driving eastbound as he was walking westbound in the eastbound lanes.

Chunn said he was called to the scene at 7:31 a.m. and pronounced Atkins dead at 7:52 a.m. He said Atkins died of blunt force trauma from the vehicle and died on impact.

Police later identified the driver of the vehicle that struck Atkins and are still investigating, but no charges have been filed and the driver is not in custody, according to Irene Cardenas-Martinez, Decatur police spokesperson. The driver's identity has not been released.

The Sunday investigation came five hours after police responded to a single-vehicle wreck at 1:54 a.m. at the intersection of Gordon Terry Parkway and McEntire Lane, where a driver was arrested and charged for driving under the influence. Police said the DUI incident and the pedestrian death on Gordon were unrelated.