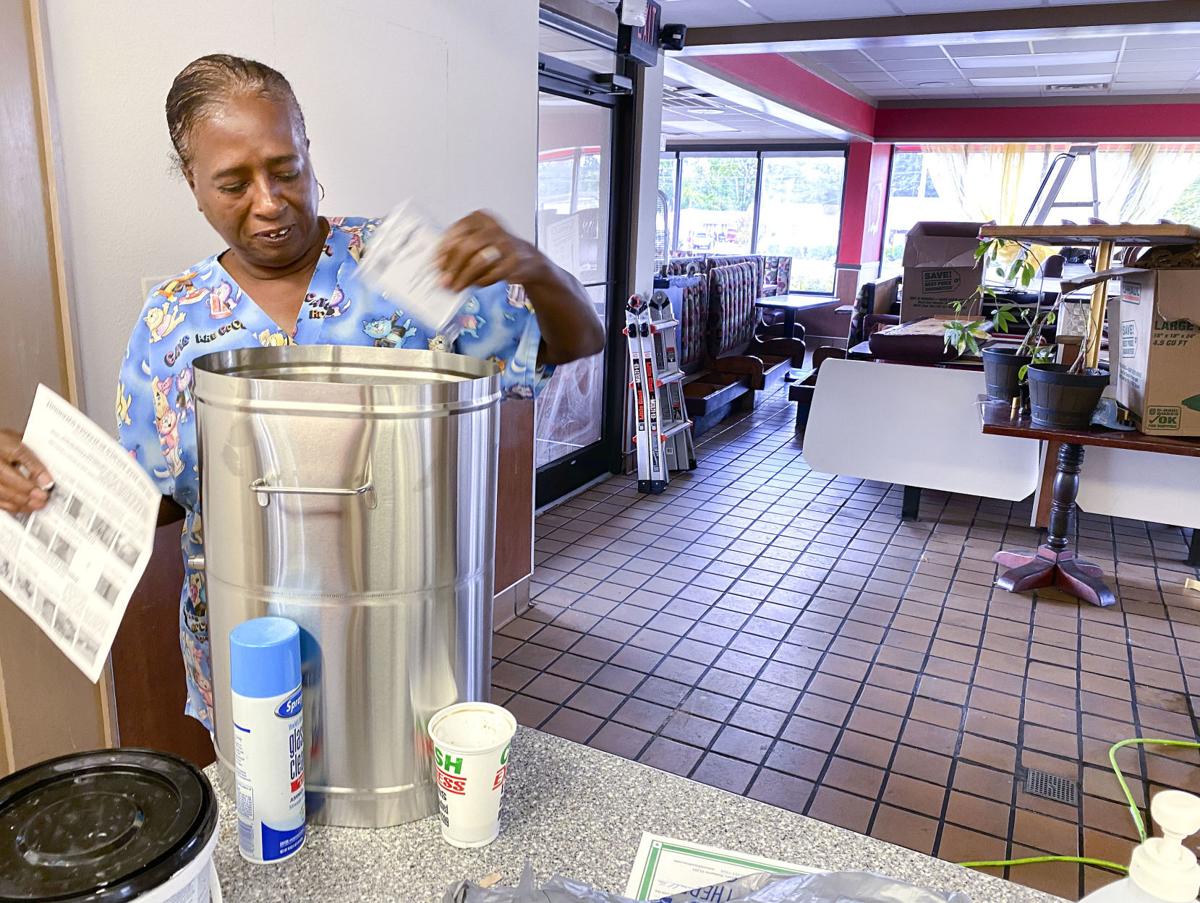 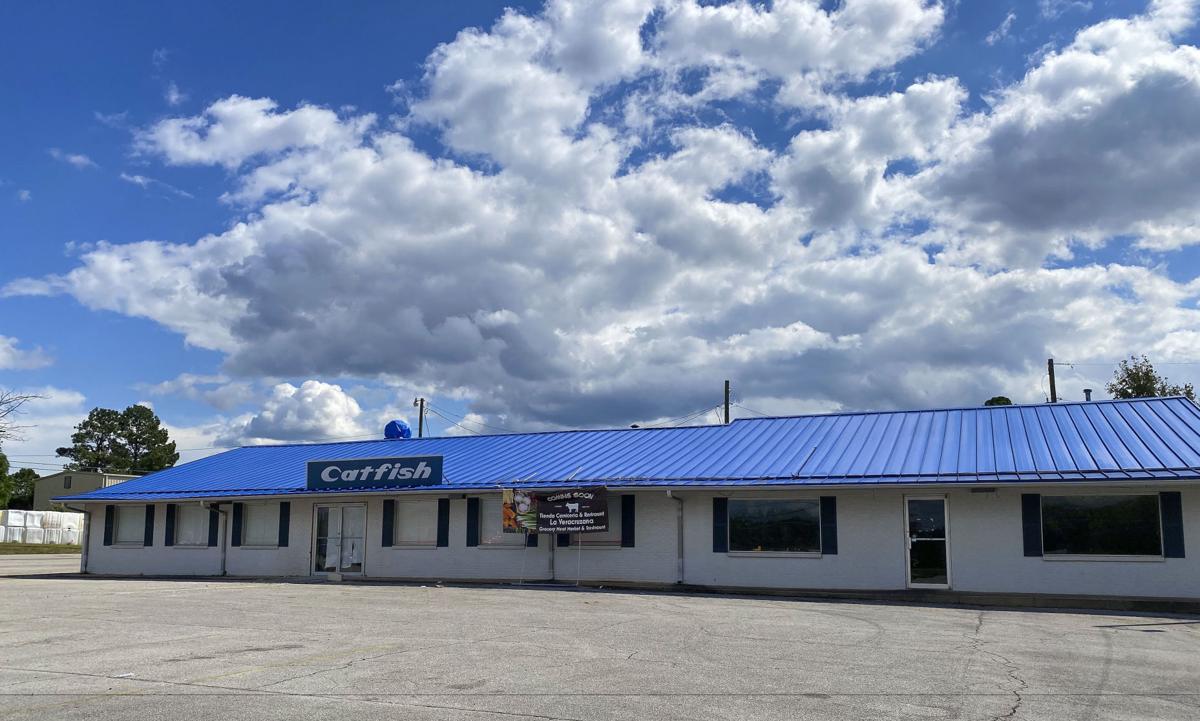 The former McCollum's Seafood site on Gordon Terry Parkway in Decatur has been sold and will become a grocery store and meat market by Dec. 1. The new owners plan to open a Mexican restaurant there in the spring. [MICHAEL WETZEL/DECATUR DAILY] 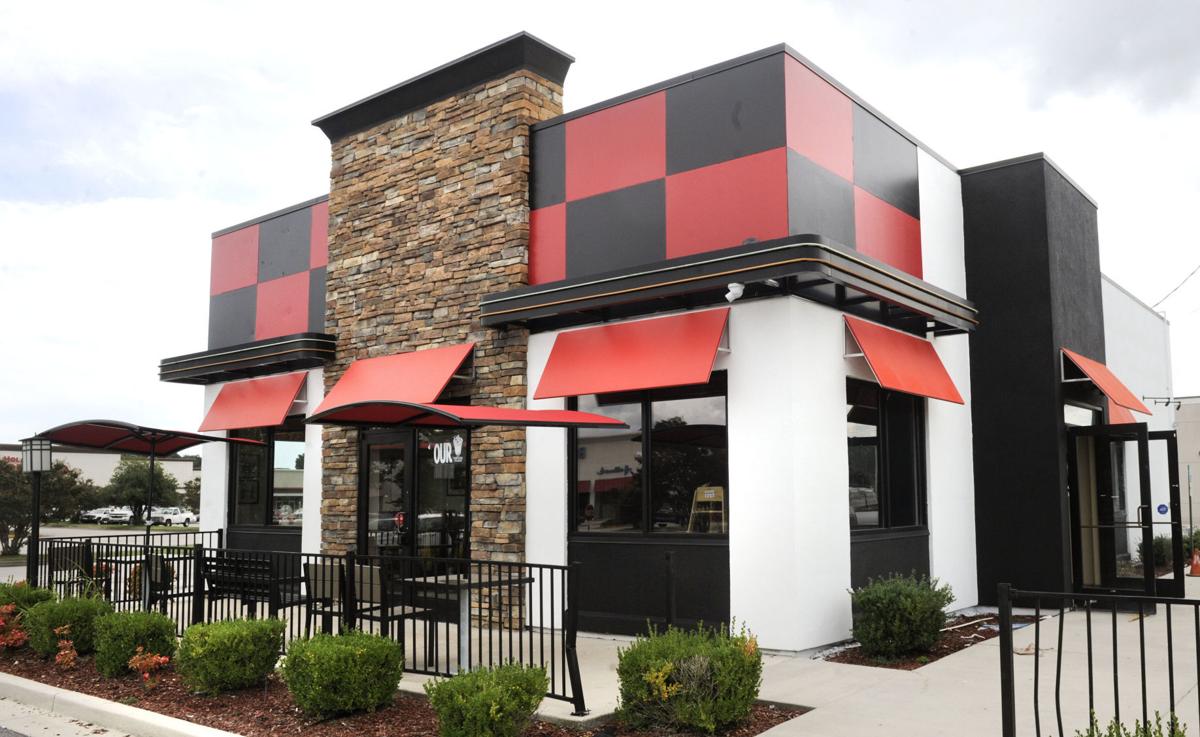 The former McCollum's Seafood site on Gordon Terry Parkway in Decatur has been sold and will become a grocery store and meat market by Dec. 1. The new owners plan to open a Mexican restaurant there in the spring. [MICHAEL WETZEL/DECATUR DAILY]

A drive-thru-only restaurant featuring American cuisine is one of eight restaurants planning to open or relocate in Decatur in the next few months, according to city records and business owners.

A regional chain based in North Carolina, Cook Out is moving into the former Dairy Queen location in the Beltline Plaza at 1654 Beltline Road S.W.

“We’ll have burgers, hot dogs, barbecue and milkshakes,” Segars said. “We’re presently completing the hiring of our staff and should be open on time.”

The Cook Out chain originated in 1989 and has restaurants in 10 states. The company’s website said the chain opens 20 to 30 stores a year. The Huntsville store on Sparkman Avenue offers dine-in eating.

Owner Donnie Lane said he is in the early stages of relocating, and it will be early next year before the Beltline location will open. He said his store on Alabama 20, which is in the right of way for a planned overpass, will close Dec. 31. The restaurant has been at that site since 1997.

Honey-Baked Ham had initially applied for a building permit at the 725 Beltline Road site with an opening target date of Nov. 1 but “abandoned the project,” according to Tom Polk, city development services manager. Polk said the city never received a permit application from a certified contractor.

A posting on Honey-Baked Ham’s social media page said, “due to extreme construction costs related to COVID-19, we will not be opening our new store for the 2020 holiday.” The post said the owners “will revisit the possibility of building in Decatur in 2021.”

The former McCollum’s Seafood restaurant site on Gordon Terry Parkway has been sold and will be home to a grocery store and restaurant, the new owners said.

Cristina Vega and her husband, Ricardo Pablo, said they will relocate their store and meat market Tienda Y Carnieceria La Veracruzana, now at 211 14th St. S.W. in Decatur, to the 7,500-square-foot facility.

“We hope to open the store by Dec. 1,” said Vega, a Tanner High School graduate. “It’ll probably be next February or March before we put a restaurant in. It’ll be authentic Mexican food, not the Tex-Mex that is sold in some restaurants.” Pablo said the restaurant will have capacity for about 80 to 100 customers.

Vega said the COVID-19 pandemic did not dissuade them from purchasing the building.

“We’ve always wanted to own our own store and restaurant,” she said. “The virus or not, everybody has to eat. We’re already in business. We just need a much larger place, and the rent here has increased.”

They have been in business four years, Vega said.

Real estate agent Sam Mozeb said the former owners, Janice Couch and Cregg McCollum, had leased out the McCollum's building after it closed in June of 2016 and sold it in early September for near the asking price of $249,000.

Minnie Lee’s Catfish and Soul Food Diner moved out of the west end of the McCollum’s site when the building was sold and is relocating at the former Hardee’s restaurant at 2618 U.S. 31 S. in Decatur.

It will be the seventh move for Linda Wheeler, owner of Minnie Lee’s.

“The traffic flow and activity here will be great for business,” she said while cleaning at her new site Tuesday. "When the pandemic hit, people just quit eating out. I am fortunate. My loyal customers have been with me for 20 years. Look at all of this traffic (along U.S. 31). Those are all potential customers.”

She plans to open for business Oct. 9 with 10 employees. "We may open for breakfast in the near future," she said.

Freddy’s Frozen Custard & Steakburgers at 2900 Spring Ave. S.W., in front of Walmart, is scheduled to open in March, according to Kim Huynh, public relations specialist at Freddy's corporate offices in Kansas.

The first Whataburger in north Alabama said it plans to tear down the former Ruby Tuesday’s restaurant site and replace it with a new building at 1621 Beltline Road S.W.

According to the company’s website, Whataburger has about 800 restaurants including 16 in Alabama, but none north of Birmingham.

No opening date has been announced.

We still have a need for seafood, meant-and-three that's open for supper, Please! No more southwest/Mexican/Latino!!!

We REALLY got our money's worth out of that "Director of Economic Development" we had.....