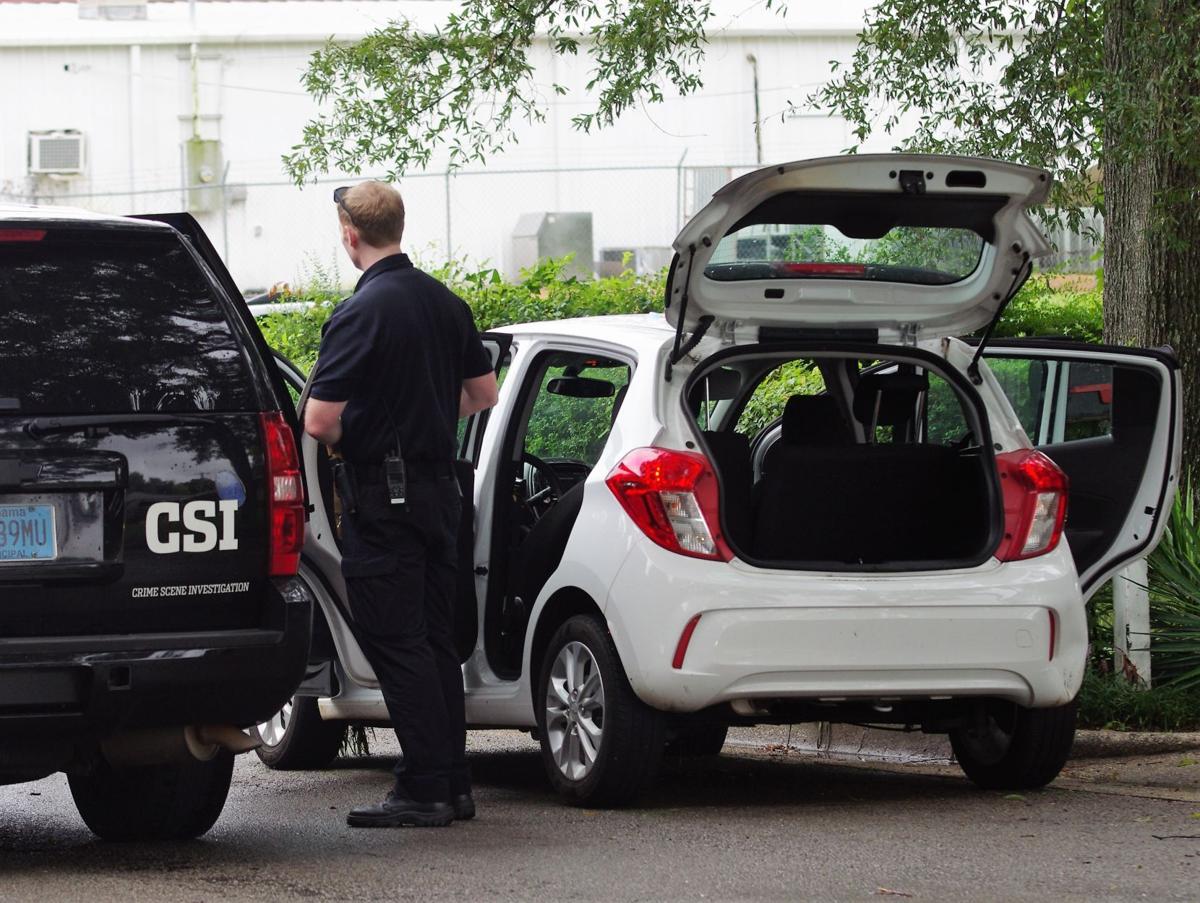 A Decatur man accused of capital murder in the slayings of two men Aug. 19 was seen running away from a small white vehicle he apparently abandoned in Northwest Decatur, according to an affidavit filed by a Decatur police detective.

Bass has a preliminary hearing on the Nicholson slaying set for Sept. 21 at 1:30 p.m. before Morgan County District Judge Shelly Slate Waters.

According to a search warrant affidavit filed this month by Detective Joshua Daniell, a police officer, on his way to the scene of a fatal shooting at a Wavaho fuel station at 707 Wilson St. N.W., located a small white hatchback vehicle stopped at the intersection of Fourth Avenue Northwest and West Moulton Street.

The suspect was wearing a black hoodie, red and black shorts and red/tan shoes, the detective wrote.

Daniell said detectives reviewed video footage provided by the Wavaho gas station and the footage provided the clear image of a male matching the description committing an apparent robbery of Nicholson, who was suffering from gunshot wounds.

“The suspect gets into a small white hatchback, matching the description of the vehicle pursued, and drives away. The vehicle has cash and beer bottles in plain view,” the affidavit said.

It was learned that Bass was a suspect in a murder investigation in Huntsville in which Carden lost his life about 30 minutes before the Decatur slaying.

Authorities said the slayings appear to be unrelated.

“Detectives believe that the cell data/wifi historic information inside the Chevrolet Spark could place the vehicle at the scene of the Huntsville homicide and the Decatur homicide,” the search warrant affidavit said.

In the affidavit, it was determined the vehicle was a rental car through Enterprise of Decatur and a Decatur woman’s name was on the rental agreement and that the vehicle was equipped with “Connected Car, which could provide information about the location of the vehicle during the homicide.”

Decatur police captured Bass in Limestone County after a foot chase in a wooded area off County Line Road near Interstate 565 the evening of Aug. 31. Allen said Bass jumped out of the passenger side of a silver Dodge Ram pickup about 7:30 p.m. and ran into a muddy wooded area and climbed an 8-foot barbed wire fence before he was caught about 200 yards away.

Allen declined to say if Bass was armed when apprehended.

Allen said the driver of the pickup carrying Bass has not been charged.

At his initial appearance in district court Sept. 1, Bass was granted indigent status and attorneys Catherine Carter and Christy Miller were appointed to represent him. According to court records filed by Carter, Bass asked for and was granted a free transcript of the preliminary hearing.

Morgan County sheriff’s spokesperson Mike Swafford said Bass is in “administrative housing away from the general population” at the jail. He is being held without bond.

A half hour before the fatal shooting in Decatur, Huntsville police received a call of a homicide and robbery on McVay Street, southwest of the Huntsville Metro Kiwanis Sports Plex, according to Huntsville police spokesperson Sydney Martin.

Martin said Carden was fatally shot in a parking lot on McVay Street when he was picking up a coworker for work.

According to court records, at the time of the two shootings Bass was out of jail on a $200,000 bond on a first-degree robbery charge from an incident that took place at a Texaco station on Sixth Avenue Northeast in Decatur on April 14.

Anderson said two separate trials would be held in the slaying cases because they occurred in two jurisdictions, Morgan and Madison counties. He said it will be at least two years before the Morgan case would go to trial.

A capital murder conviction in Alabama is punishable by life in prison without parole or the death penalty.