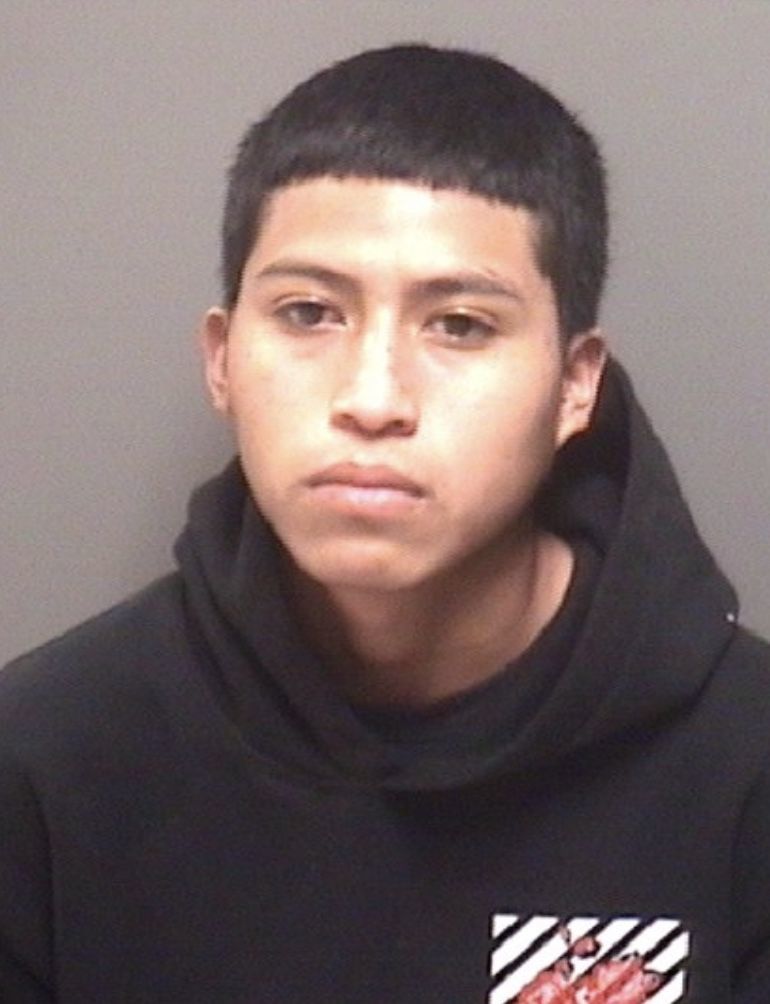 During a fight with his girlfriend, a Decatur man fatally cut her throat in the early morning hours of Oct. 24 before asking his brother to drive him to Knoxville, Tennessee, according to a police affidavit filed in Morgan County District Court this week.

Bernandino Miguel Matias, 19, is in Morgan County Jail charged with murder and his bail is set at $250,000 in the death of Tania Rico, 16, an Austin High School sophomore.

In a separate search warrant affidavit filed Wednesday, Decatur police investigator Sean Mukaddam said he spoke with the defendant after giving him a Miranda warning.

“Bernandino confirmed he was responsible for the death of Rico,” Mukaddam wrote.

The affidavit showed Mukaddam executed a search warrant on Oct. 28 for cellphone records of Bernandino, his brother and Rico, including locations based on GPS and cell sites used, from Oct. 21 through Oct. 25. Police received the T-Mobile data Wednesday morning.

Decatur Police Capt. Rick Archer said the case would be presented to the next grand jury. “A date hasn’t been set,” he said. Archer said murder is a Class A felony, which carries a possible sentence of up to 99 years or life in prison.

The other affidavit filed by Mukaddam said Matias “did intentionally cause the death of another person, Tania Rico, with a knife or bladed instrument.” The affidavit said “it appeared Rico had multiple lacerations to her throat.”

Rico’s body was found the afternoon of Oct. 24 in her bedroom in her 201 Blue Bird Lane Southwest apartment, where she lived with the suspect and her mother, according to the affidavit.

Mukaddam said in the affidavit that it appears Matias and Rico "have been together for approximately three years."

The investigation showed Matias was inside the apartment with the victim from midnight to 4 a.m. on the day the death occurred.

Rico’s mother told investigators she left for work at about 8:50 a.m. and never saw or heard Rico in the bedroom since the doors were closed. The affidavit said that at 10:53 a.m. the mother received a phone call from Austin High saying Rico was absent.

“When the victim’s mother came home to check on Rico, the residence was secured. Rico’s friends had been attempting to contact the victim since about 6:45 a.m. and were unable to, so they contacted Rico’s mother who conducted the well-being check,” Mukaddam wrote in the affidavit.

A neighbor who called 911 at 3:32 p.m. about the slaying, said a woman and three girls got his attention by yelling in Spanish outside of the apartment.

Police said Matias went to his brother’s residence at a different location about 4 a.m. and asked him to drive him to Knoxville.

“During the car ride to Knoxville, Matias told his brother he was in a fight with the victim. Matias said he knocked or pushed her down to the ground,” the affidavit said.

Police determined Matias was the only person with access to Rico during this time frame, according to Mukaddam's affidavit.

Knox County, Tennessee, authorities arrested Matias on a fugitive from felony charge at 12:32 a.m. CT on Oct. 25, less than eight hours after he was named as a suspect in the slaying. He did not resist arrest, they said.

Morgan County sheriff's deputies drove to Knoxville on Monday to extradite Matias back to the county. He was processed at the county jail at 5:17 p.m. Monday, spokesman Mike Swafford said.