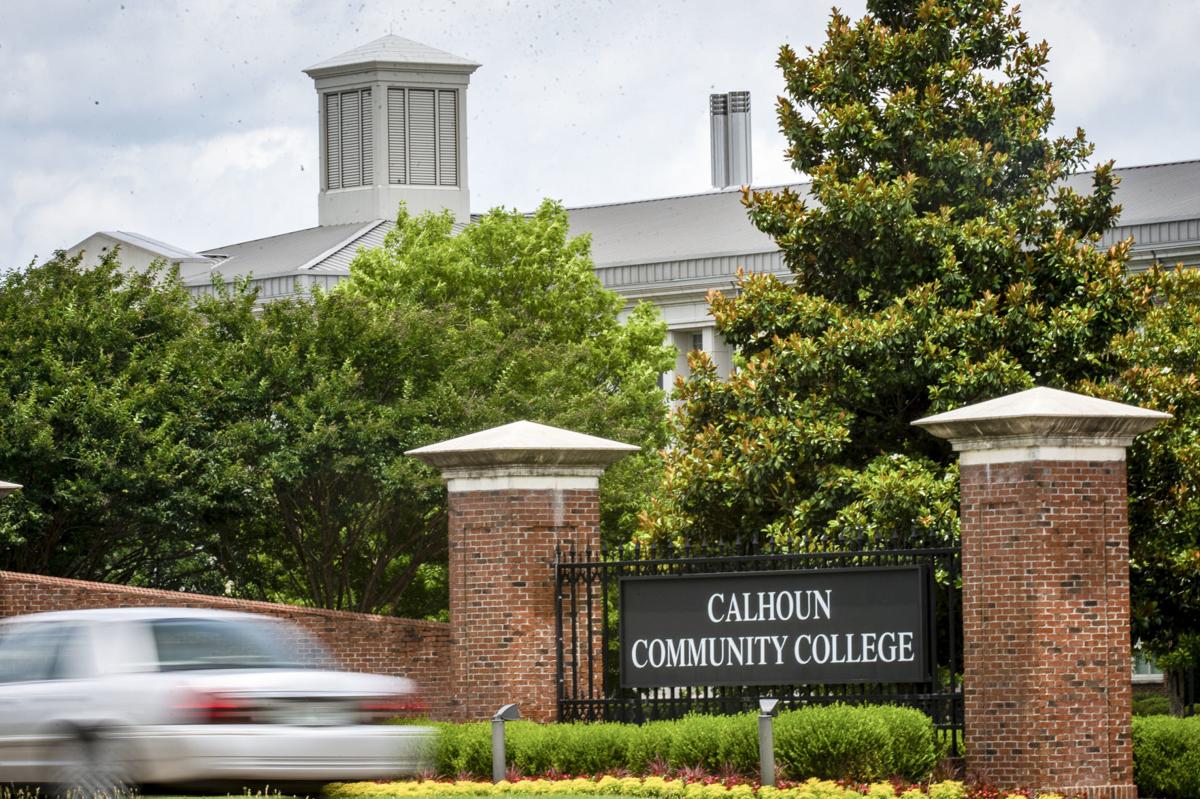 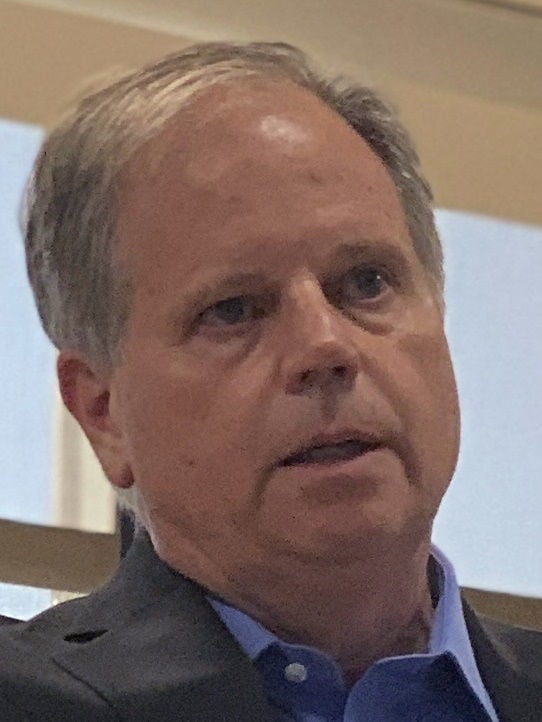 An alumnus of Calhoun Community College in Decatur has launched one of several online petitions to rename the school, saying it’s time to drop the name of the pre-Civil War vice president and slavery proponent.

The petitions come as a university in John C. Calhoun’s home state of South Carolina is stripping his name from a program there and the city of Charleston has removed a statue of him from a downtown square.

“He doesn’t deserve to be honored by having an educational institution named after him,” said 25-year-old Gabe Marrero, who started one of the petitions with his cousin, another Calhoun alumnus. “He doesn’t represent the community at Calhoun.”

Calhoun, the seventh U.S. vice president and a senator from South Carolina, held “a staunch pro-slavery position, had a strong influence on the secession of the South during the American Civil War, and steadied a rigid defense of oppressive Southern beliefs and practices,” reads the petition for renaming Calhoun on change.org.

As of Friday afternoon, the various petitions had about 250 signatures

Marrero’s goal is to reach at least 3,700 signatures — to represent the 37% of BIPOC — Black and Indigenous people of color — students who attend the school. He cites Calhoun’s fall 2019 enrollment, on the school’s website: Of 9,315 students, 37% are Black, Hispanic, two or more races, or listed as other.

The college is referring all questions about the Calhoun name to the Alabama Community College System office in Montgomery.

A statement released last week by the ACCS said it has “specific and thorough policies and procedures in place for the naming of entities across all 24 institutions.

“The ACCS is in the midst of a long-term strategic planning process — ASPIRE 2030 — and is looking at all aspects of Alabama’s community colleges to help better serve all Alabama students," according to the statement.

A Calhoun statement last week acknowledged it has received inquiries regarding the origin of its name.

“We also want to express that the administration here at the college is taking these concerns very seriously,” the statement said.

According to the school, Calhoun Community College was established in 1947 when the Tennessee Valley State Technical School and John C. Calhoun State Junior College consolidated. It became a part of the Alabama Community College System, made up of 24 two-year institutions and governed by the chancellor and board of trustees.

“All concerns and inquiries in regards to the college’s name are being forwarded to ACCS where our chancellor and board of trustees handle all policies and procedures for institutional naming within our system,” the statement said.

The statement goes on to say: “Calhoun remains committed to our statement of values which are accountability, collaboration, diversity, equity, innovation and integrity. We also take pride in preparing our students for the workforce and ensuring success for every student who walks through our doors.”

Marrero said his involvement in campus activities — he was a member of Phi Theta Kappa — and supportive instructors during his two years at Calhoun gave him a “positive college experience” and prepared him to move on to the University of Alabama to pursue a secondary education degree. Born in Germany, Marrero grew up in Huntsville, received an associate degree from Calhoun in 2014, then a degree in secondary education from the University of Alabama. He now lives in Nashville and will soon start teaching at a charter school there.

The petition initiative coincides with the removal last week of a statue of Calhoun in Charleston, South Carolina, after the city council there voted unanimously to remove it from a downtown square, the latest in a series of similar actions as protests continue against racism and police brutality in the wake of the deaths of George Floyd and other Blacks. The Clemson University trustees recently voted to rename its honors college, dropping from the program Calhoun’s name. The honors program will now be called the Clemson University Honors College.

“I feel (a name change) would be a change for the good,” Marrero said. “It’s a positive change for students” who attend Calhoun.

Rodney Gordon, president of the Decatur-Morgan County chapter of the NAACP, said he would support efforts to change the school’s name, saying Calhoun “fought against the abolition of slavery. He was a slave master.” Gordon, who received a criminal justice degree from Calhoun, has fond memories of his time at the school. “I had good times there,” but, “you won’t see me with a Calhoun shirt on,” he said.

Incumbent Democratic U.S. Sen. Doug Jones and Jeff Sessions, a Republican who is trying to reclaim that seat, weighed in on the issue last week. Sessions faces former Auburn University football coach Tommy Tuberville in the July 14 Republican runoff, and the winner of that election faces Jones in November.

“I think the appropriate thing if you want to change something is entering into a discussion about it, and evaluate it in a thoughtful way,” said Sessions, who was campaigning in Decatur on Thursday. “I would say first, that any evaluation of any monument needs to recognize that nobody’s perfect. The state is a sovereign authority in Alabama, so if they choose to legislate concerning monuments they can. If they want to leave it to state and local governments, they can leave it to them. And if people have opinions, it should be discussed.”

Sessions referred to Calhoun as “a great college,” with a “super job-training program.”

“I don’t think by having a name like that, necessarily, adopts the views of that person, but look, people are free to discuss it,” he said. “I’m not for changing, mass changing of all names."

Calhoun, who died in 1850, was a slaveholder who fought abolition and advocated nullification, the doctrine that states could nullify laws they deemed unconstitutional.

In an 1837 speech to the U.S. Senate, he argued that slavery was a positive for both whites and Blacks, and that slaves were treated well by slaveholders.

"I hold that in the present state of civilization, where two races of different origin, and distinguished by color, and other physical differences, as well as intellectual, are brought together, the relation now existing in the slaveholding states between the two, is, instead of an evil, a good — a positive good," he said.

Jones questioned why a community college in Alabama would be named for someone who’s not from the state or who hasn’t made a significant contribution to the state. “It’s just that simple for me,” he said during a press conference Thursday.

“I want us to be very careful because we can get caught up in removing names and things,” he said. “What we really need to be doing is looking at removing barriers (and) to break down the barriers that have created inequalities in health care, inequalities in our system of justice, inequalities in economic development. Those are the kind of things that I think we need to be taking down.”

Jones said he doesn’t want to get “too distracted from removing too many names and things like this, and let’s look at the systemic changes that we’ve got to make throughout society. That’s I think the most important thing.

“At the end of the day, I really think things in Alabama need to be named after people from Alabama and/or someone who has had a significant contribution directly to the state of Alabama.”

I'm not a Calhoun alum, and I don't support those who pull down monument. I'm white. But I've always thought there was no good resaon for choosing John C. Calhoun as an example to be venerated by naming a community college. Let's choose an alabama name. Wasn't hte original name Tennessee Valley Trade School? Even that would be better. Wish a link had been posted to the petition.

This petition is ridiculous. And it would never have come about unless all these riots weren't continuing to happen, and the removal of ALL of our history's symbols and statues. When will it ever stop? I say it won't until these people remove every bit of American history from this country. This is so wrong!