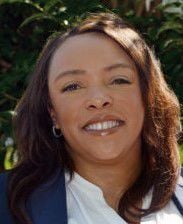 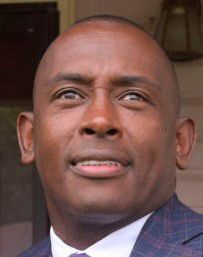 Just as the City Council was poised to vote on whether it would waive the Decatur residency requirement for a director who recently moved to Priceville, it was informed Youth Services Director Brandon Watkins is preparing to move to Madison.

Watkins was hired in September at a salary of $84,223 per year, and the resolution appointing him specified that "Watkins will retain residency within the City of Decatur corporate limits for the duration of this appointment."

Sandlin said a resolution the City Council passed in March that required the police and fire chiefs and city clerk to live within the city limits, but stated the residency requirement for the other eight department heads hired in the future would be determined on a case-by-case basis, "has added some confusion."

Morgan County Regional Landfill Director Wanda Tyler moved to Priceville and then asked for permission later “after someone from the community” notified the city that she was living in a Priceville apartment, Sandlin said Wednesday.

Sandlin said Tyler’s mailing address is Decatur and she thought she had moved to a rental within the city, but she actually now resides in the Priceville town limits near Priceville High School.

The council agenda included a proposed resolution granting Tyler, whose 2019 appointment required Decatur residency and authorized an annual salary of $87,179, until May to relocate to Decatur. The City Council instead tabled the resolution at the recommendation of Assistant City Attorney Chip Alexander and members plan to debate the residency issue at a 5 p.m. work session Monday. A majority of the council indicated they would likely remove or loosen the requirement that directors have to live in the city.

The proposed resolution that was tabled Tuesday also states that "department heads presently living in or in the process of moving to the city limits of Decatur must maintain residency within the Decatur city limits, unless the requirement is waived by the governing body."

A council resolution in 2000 required all directors to live in the city, but the resolution passed in March relaxed that rule for future hires.

Council President Jacob Ladner said Wednesday that the previous council “set a precedent two or three years ago” when it first began giving exemptions from the residency requirement. In 2019, the council voted to allow three directors to continue living outside of the city.

The current council's first department head appointment was of the chief financial officer in February. The council hired Kyle Demeester, an Athens resident, and did not require that he relocate to Decatur.

Now Tyler wants retroactive permission to live in a Priceville apartment until March, and Watkins wants to live in Madison. This would mean five of 11 directors would live outside the city.

Sandlin said Fire Chief Tracy Thornton has not moved to Decatur, but he has until Sept. 20 to meet a one-year deadline to relocate.

Thornton said Wednesday that he expects to move to Decatur this month.

Ladner said he doesn’t care where a city employee lives and he is ready “to eliminate the rule altogether.”

Councilman Billy Jackson, who abstained from the vote to table the resolution, said he opposes any exception that allows directors to live outside city limits, but he said the rule needs to be consistent. He said the current rule is too subjective and allows for favoritism.

“If we do this (vote on the residency) with each director, this is something we’re going to do over and over again,” Jackson said.

Sandlin on Wednesday said two issues are keeping directors from living in the city. Decatur doesn’t have the upscale apartments for someone who doesn’t want to buy a home, she said, and a seller’s market is making it difficult to find available homes to purchase.

Sandlin said she doesn’t think the residency rule hurt the recruiting effort for the director of development or fire chief, but it became an issue in the Demeester promotion.

Ladner said he disagrees with her assessment that the rule didn’t hurt candidate pools because he believes some potential candidates may not have applied because of the requirement that they move to the city, especially if they’re settled and happy in a home within driving distance of Decatur.

Councilman Carlton McMasters said he’s “so tired” of this issue that he’s willing to do away with the requirement even though he wants every director to live in Decatur.

McMasters said he will continue to ask potential directors during future job interviews if they would live in the city “and 10 out of 10 times I’ll go with the one who says he will move to Decatur.”

However, McMasters said it’s more important that the council hire the best director possible even if that person is unwilling to move to Decatur.

Councilman Kyle Pike said he wants to wait for the Legal Department to present a proposed resolution at the next work session. He said he is concerned that some department heads are allowed to live outside of the city while others might not be.

"The important thing is that it's fair to each of the directors," Pike said.

Decatur!1 way don't you hire the directors from those that are in the system ? they don't need PHD for these positions.

Rules like this in which Decatur tries to enforce is another example of why Decatur has turned into the city it has become. If you want the best qualified individual for these positions they should be able to live where they want to as long as they can do the job they were hired for. There is a reason people do not want to live in Decatur, not hard to understand. It's funny how Billy has no comment on this employee not living in Decatur and has been vocal on the others, since he is a personal friend he doesn't want to make an issue. Decatur continues to fall behind while the rest of Morgan County continues to thrive.

Just curious; what is/are the reason(s) people don’t want to live in Decatur? Will installing landscaped medians on hwy 31 make a difference? Should even more money be poured into downtown and the historic districts? Maybe more heavy, polluting industry?

Crime, schools, housing prices just for some examples, I have no dog in the fight for what happens in Decatur, just an outside observer of growing up and living in the city south of Decatur and watching it decay for decades when it used to be a really good city to go to on weekends for entertainment, food, and not having to worry about being in the wrong place at the wrong time. Decatur had great leadership in mayor's and council up until the late 90's and that is when things started to go down. These are facts, all you need to do is look at some of the original families in Decatur that are sending their children to our school system, not just a few but a large number of families. The outside of district fee and being on a wait list is worth it to those trying to get children in.

I think you may have nailed it on the school issue; Decatur’s school system demise can be traced back to the move from an appointed school board to an elected board, which prompted Byron Nelson to leave for Homewood. Throw in the arrival of the chicken processing plant and their need for cheap labor, leading to the burden of implementing the English as a second language program to accommodate the influx of illegals and one begins to understand better why Decatur has declined. As to the failure of effective leadership, the local chamber of commerce successfully usurped city hall as the center of political leadership, with disastrous results (see Envision Decatur plan that says nothing but looks good on paper). When the mayor and council relinquished authority on tax abatements to an unelected, unaccountable board, the city’s future was frittered away. The list goes on, but these are just a few examples of failures.

Has the council not grasped that these some of theses directors when interviewed promise to abide by the residency rule and when the coast is clear move outside the city? If the council is not going to enforce the rule, abolish it! ! It appears that not many want to keep their word about living here anyway!