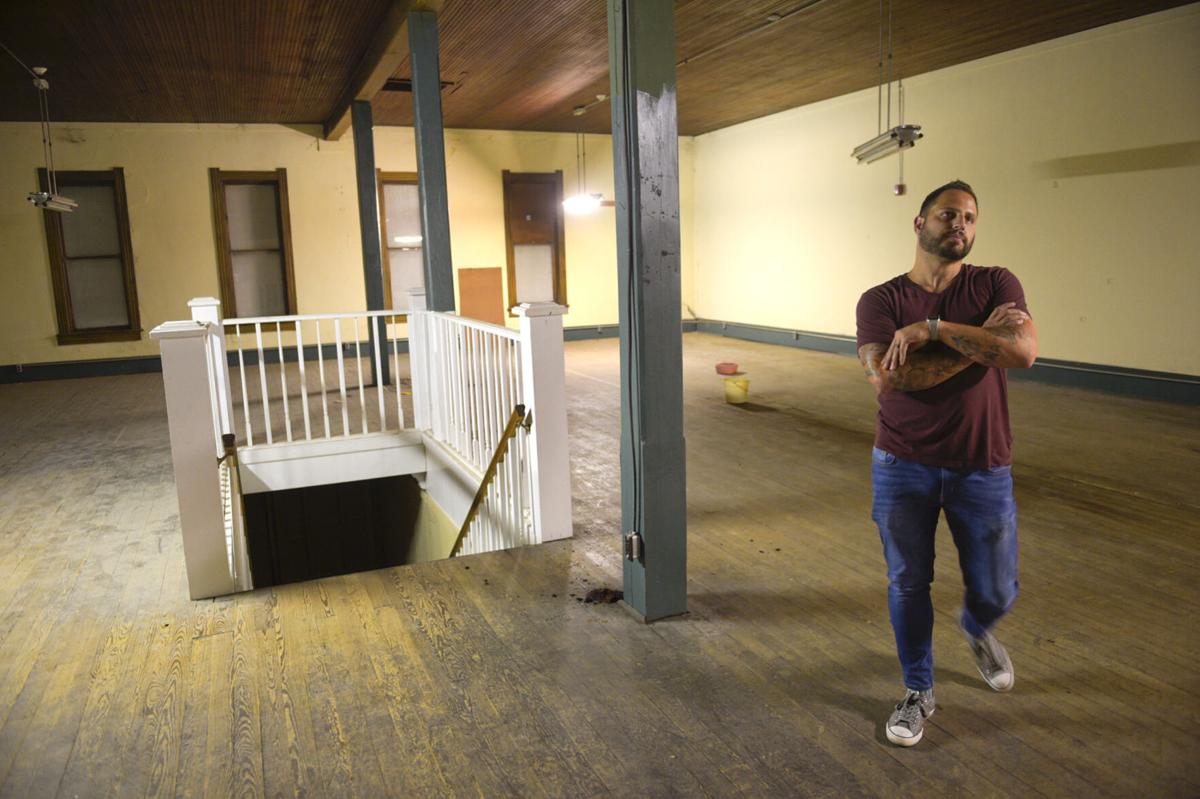 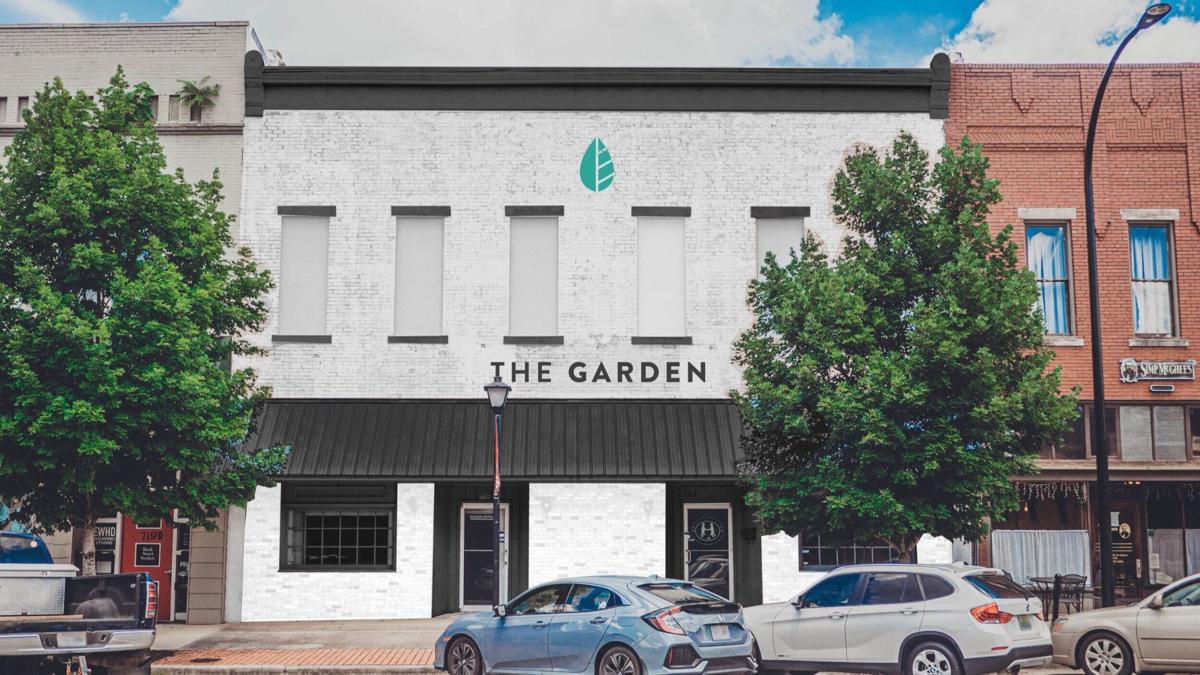 New Eden Church's plans for Phase 1 of The Garden include painting the exterior of the building on Bank Street. [COURTESY IMAGE] 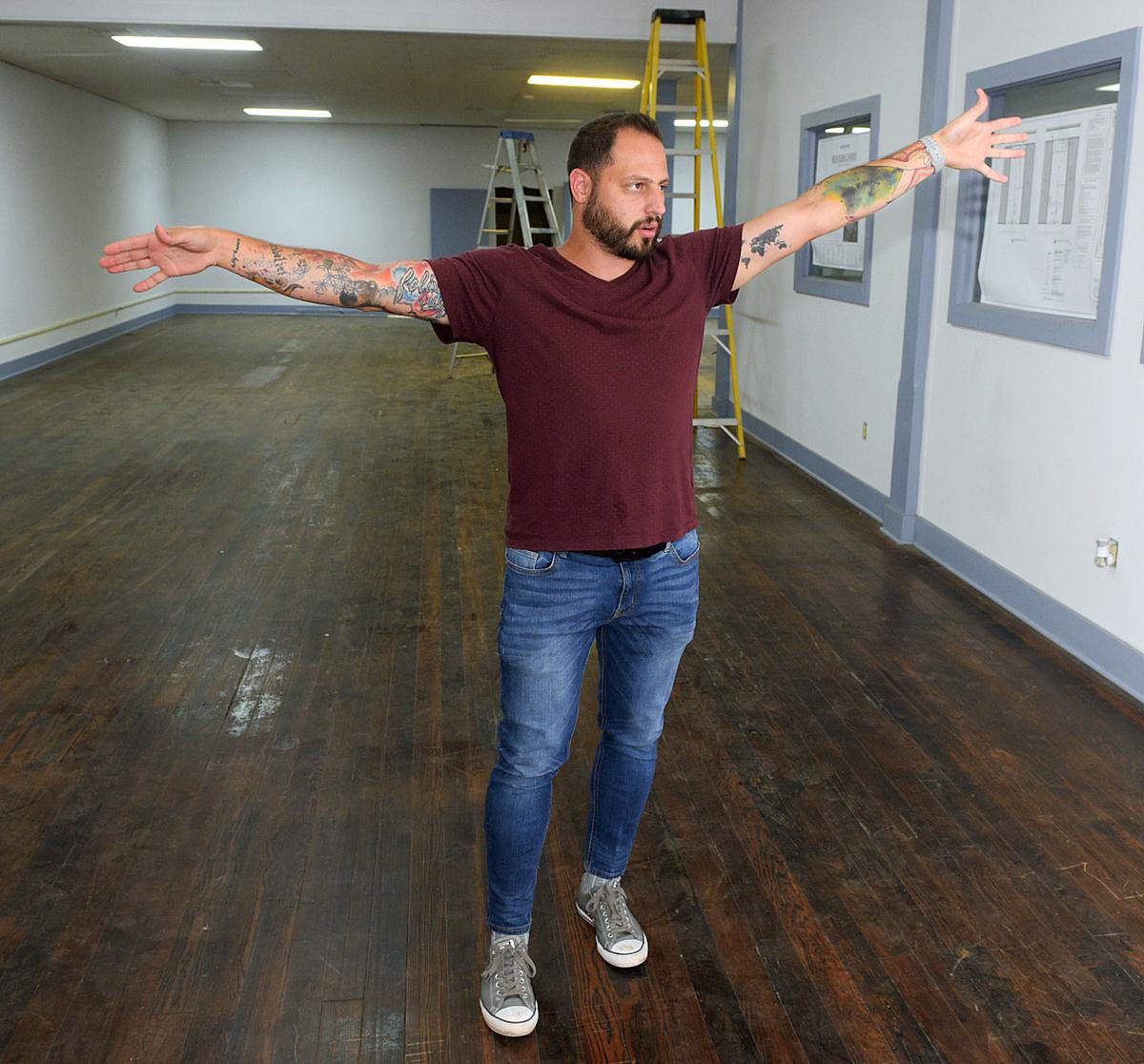 Pastor Joel McCarty gives a tour of the New Eden Church space at 723 Bank St. The renovation is one of several planned or in progress on the historic street. [JOHN GODBEY/DECATUR DAILY]

New Eden Church's plans for Phase 1 of The Garden include painting the exterior of the building on Bank Street. [COURTESY IMAGE]

Pastor Joel McCarty gives a tour of the New Eden Church space at 723 Bank St. The renovation is one of several planned or in progress on the historic street. [JOHN GODBEY/DECATUR DAILY]

The revitalization of Bank Street continues as one of Decatur's youngest churches will occupy a building that has been vacant for five years, adding to two other projects to renovate vacant buildings on the historic downtown Decatur street anchored by the Old State Bank.

New Eden Church, which will celebrate one year in existence in August, plans on renovating 723 Bank St., the former site of the Blue and Gray Museum of North Alabama, into a building called The Garden.

“I love that this used to be a Civil War museum, and that this place, a place that showed relics of a time of division in our country, will become a place of unity, community and flourishing in our city,” said New Eden Pastor Joel McCarty.

It's only the most recent plan that's bringing new life to Bank Street. Steve Armistead and Yogi Dougher, partners in Stogie Holdings of Nashville, plan to renovate the former Decatur Engravers and Supply building at 609 Bank St., vacant for two years, and turn it into offices for their company or a buyer. The developers are also planning a nearby development between Vine and Walnut streets which is slated to include 18 town homes.

The century-old Tower Building at 701 Bank St. is undergoing extensive renovations as Darren Metz, owner of Luxeterra LLC of Nashville, converts it into apartments.

New Eden Church's journey to purchasing the 9,000-square-foot building bordered by Simp McGhees and an art studio began in November 2020. The building’s age — 120 years — and its location on the edge of Old Town and Old Decatur attracted McCarty to the site.

“As a church, our goal is to be a bridge between different cultures and communities in the city. This building, which sits between Old Town (a predominantly Black neighborhood) and Old Decatur, is physically that bridge,” McCarty said.

Inside the former museum, architectural drawings of The Garden’s meeting space, classrooms and lobby are taped to the wall where Civil War weapons, medals and uniforms once stood.

“Our vision for the church is the flourishing of Decatur for the good of the world and the glory of God. The Garden represents this place of flourishing, of peace, of shalom, where things are how they are supposed to be. We want this to be a place of rest for people, a place that causes people to feel loved and belonged,” McCarty said.

The renovation will take place in two stages.

Phase 1 plans include painting the exterior white with gray accents and sectioning the first floor into a common area, 115-seat meeting space and smaller classrooms. That means moving walls, painting, restoring the hardwood floor and renovating the restrooms.

The congregation, which averages 65 people on Sunday, will meet at The Albany on Grant Street — its gathering space since it began holding in-person services last summer — through July, and will temporarily gather at High Point Market in August.

“We hope to be in here by September. If that doesn’t happen, it’s OK. We are young and a church plant. Our people are pretty flexible if that timeline has to be changed,” McCarty said.

Phase 2 of the renovation will focus on transforming the second floor of the building into a co-working space. McCarty currently envisions the space as embodying a Lowe Mill vibe and attracting graphic designers and artists who want to work downtown.

The idea of a co-working space was inspired partially by the church’s association with the Decatur-Morgan County Entrepreneurial Center. The church became a client of The E-Center, which provides coaching, counseling and office space for new and growing businesses and organizations, in 2019.

“New Eden Church has remained very focused on staying true to their core purpose and mission — and that includes being proactive about ways to impact the community,” said John Joseph, executive director of The E-Center. “New Eden has always been willing to consider and pursue ‘outside the box’ strategies, and their long-term vision to create co-working space for artists is another expression of that culture.”

Along with a co-working space, long-term plans for the building include creating a 165-seat venue and a locally owned coffee shop. While New Eden will cover the renovation cost and mortgage in the beginning, McCarty said the church is considering establishing a limited liability corporation that will oversee the business side of The Garden and eventually cover its expenses.

“All of these plans might not come to fruition. We’re OK with that. We are holding all of these plans with an open hand,” McCarty said. "Our ultimate goal is for this to be a space where everyone feels comfortable and a space where people can experience Jesus. That doesn’t just happen on Sundays at church. It happens Monday to Saturday, while getting coffee with friends or going to work. Those are all sacred moments,”

For more information about The Garden, visit newedenchurch.org/garden.