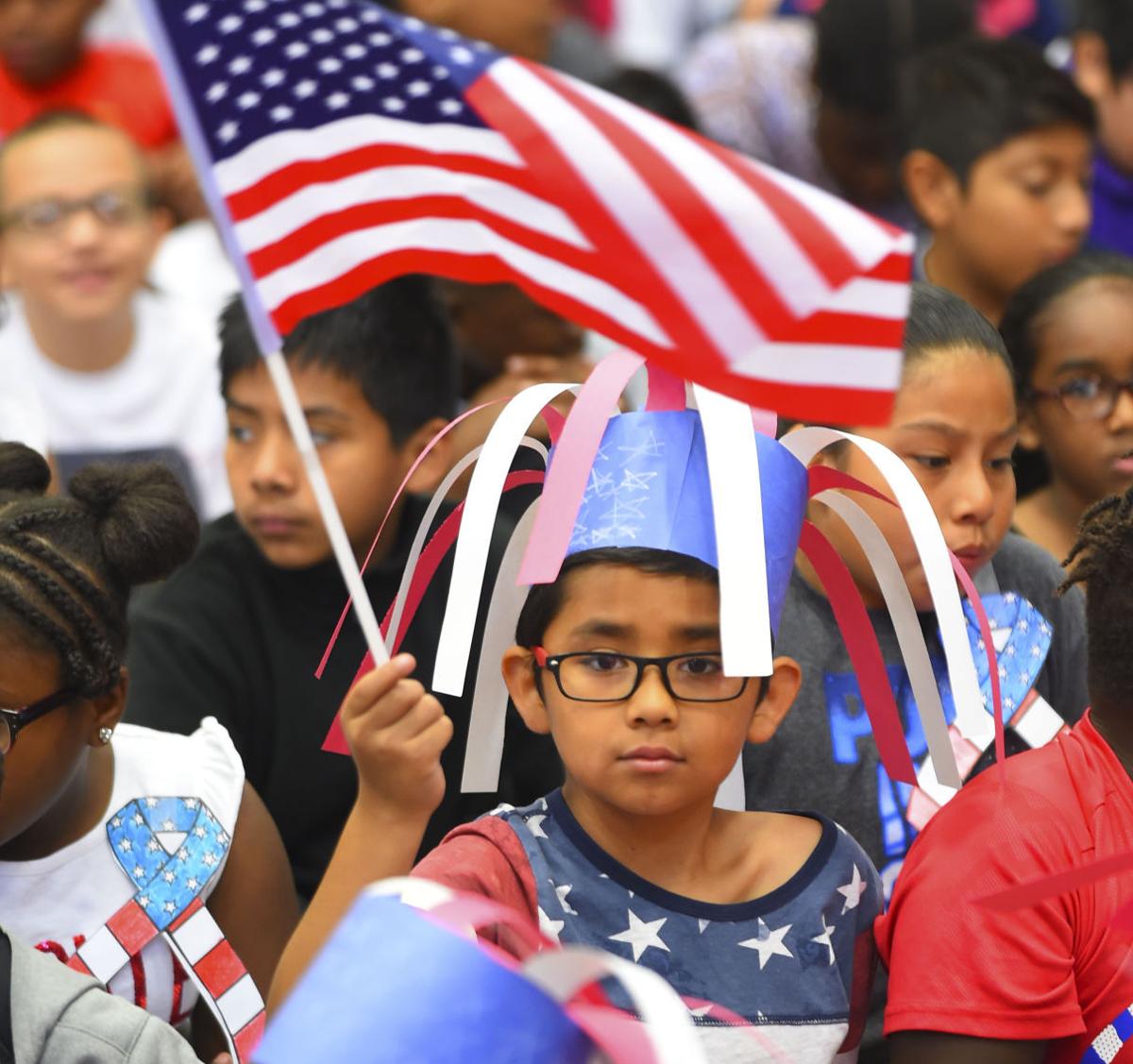 Banks-Caddell student Jabel Valezquez, waves his flag as he observes the15th anniversary of 9/11 Friday by honoring the Decatur police and fire departments during a Patriot's Day program. More photos and video at decaturdaily.com. JOHN GODBEY/DECATUR DAILY 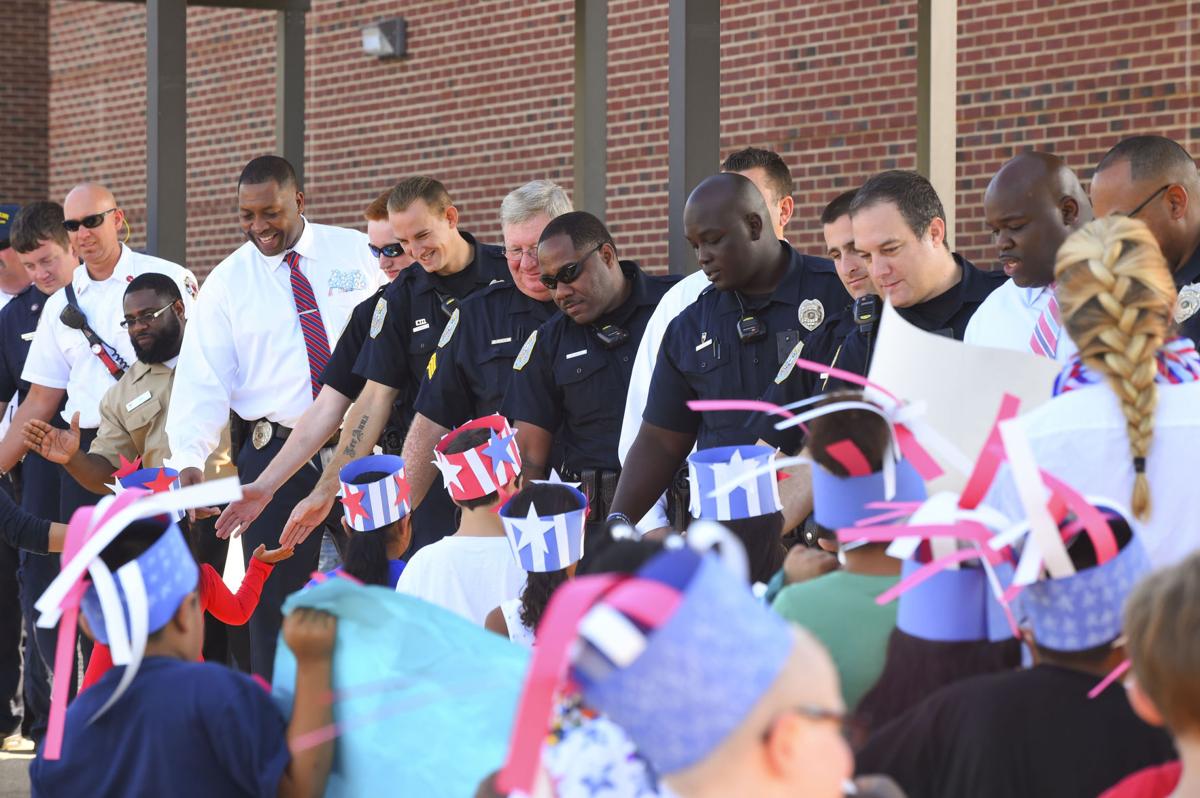 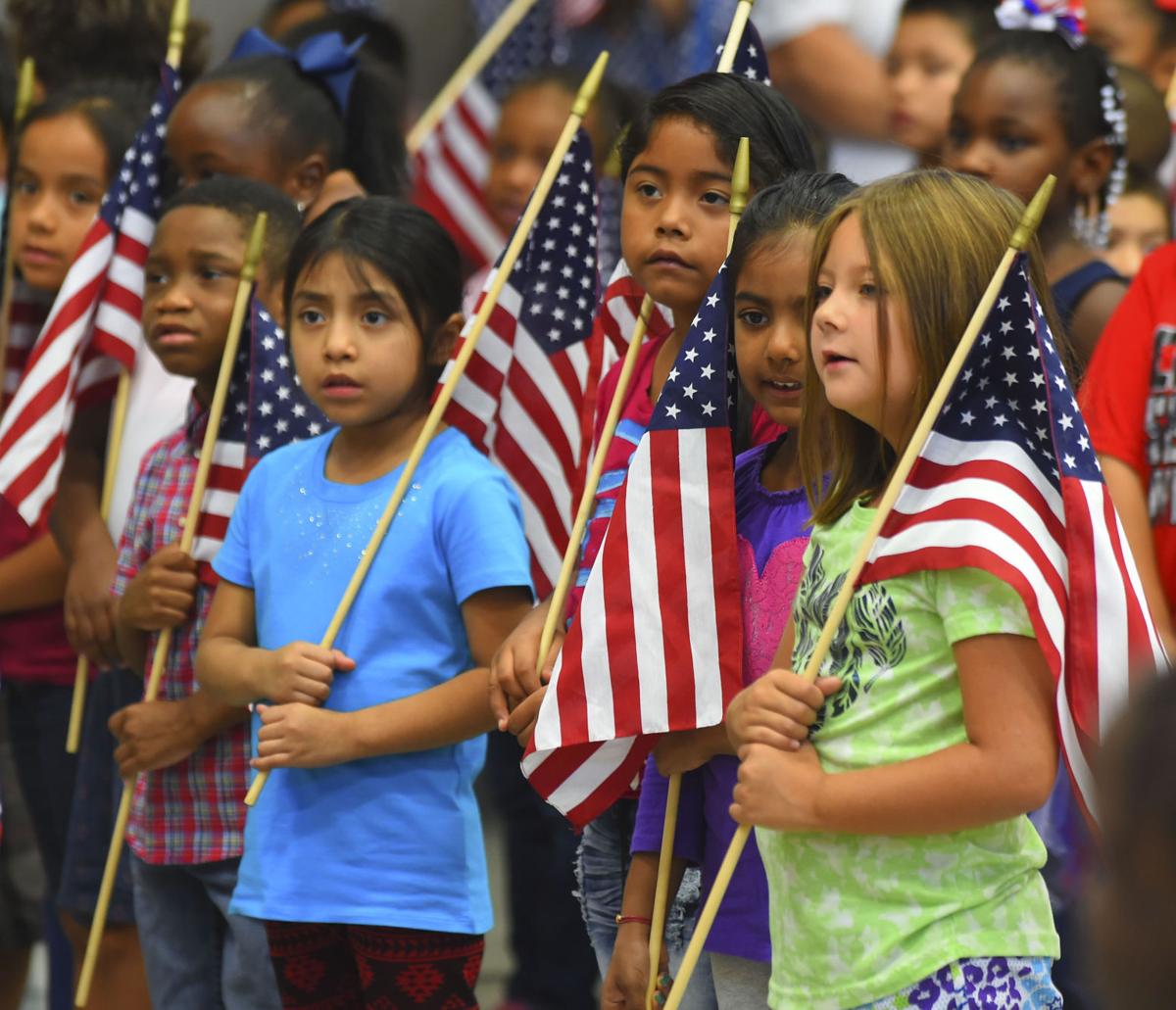 Banks-Caddell student Jabel Valezquez, waves his flag as he observes the15th anniversary of 9/11 Friday by honoring the Decatur police and fire departments during a Patriot's Day program. More photos and video at decaturdaily.com. JOHN GODBEY/DECATUR DAILY

As Decatur Police Chief Nate Allen walked through the halls of Banks-Caddell Elementary on Friday, a couple of first-grade students delayed going to the restroom so they could make sure he saw them waving.

“That’s why programs like this are important,” Allen said. “This is good stuff. They are showing us community support, and this is our future.”

In an almost 30-minute, emotional program to remember the Sept. 11, 2001, terrorist attacks, the more than 450 elementary students also said “thank you” to officers, firefighters, first responders and veterans.

Remembering the worst terrorist attacks in U.S. history is an annual event at the school, an event Principal Linda McClain said should go on forever, even though none of her students were born when it happened.

“It’s our history, and it’s important for our students to know people lost their lives trying to help others,” she said.

The program, which ended with a parade, concluded a week of classroom lessons that focused on patriotism.

Music teacher Anthony Young has been part of the event since its inception. He said it doesn’t matter that none of the students were alive when the 9/11 attacks happened because as Americans we all have a connection to the event.

“This dramatically affected so many lives, and they can draw from the fact that this happened to our country,” Young said. “If we don’t talk about it, there’s always the possibility we will become complacent as a country. Our children need to know.”

As he sat on the gymnasium floor, Jabel Valezquez, a third-grade student, raised the American flag and waved it almost non-stop during the program.

“I want all the people who died and are up there in heaven to know we know about them,” he said when quizzed about why he kept raising his flag.

Mario Orr, a retired U.S. Navy veteran, attended the program with his daughter Zion, a third-grade student at Banks-Caddell. He was stationed on the aircraft carrier U.S.S. John F. Kennedy in Jacksonville, Florida, when the terrorist attacks happened.

“It was actually like a dream, and as we watched on TV, we thought it was a movie,” Orr said.

He said everyone on the ship realized the seriousness of the situation 15 years ago when commanders announced they were activated for war and the ship pulled out of port.

He said his daughter quizzes him about his role as an active military man. “I just tell her we were taking care of our country,” Orr said.