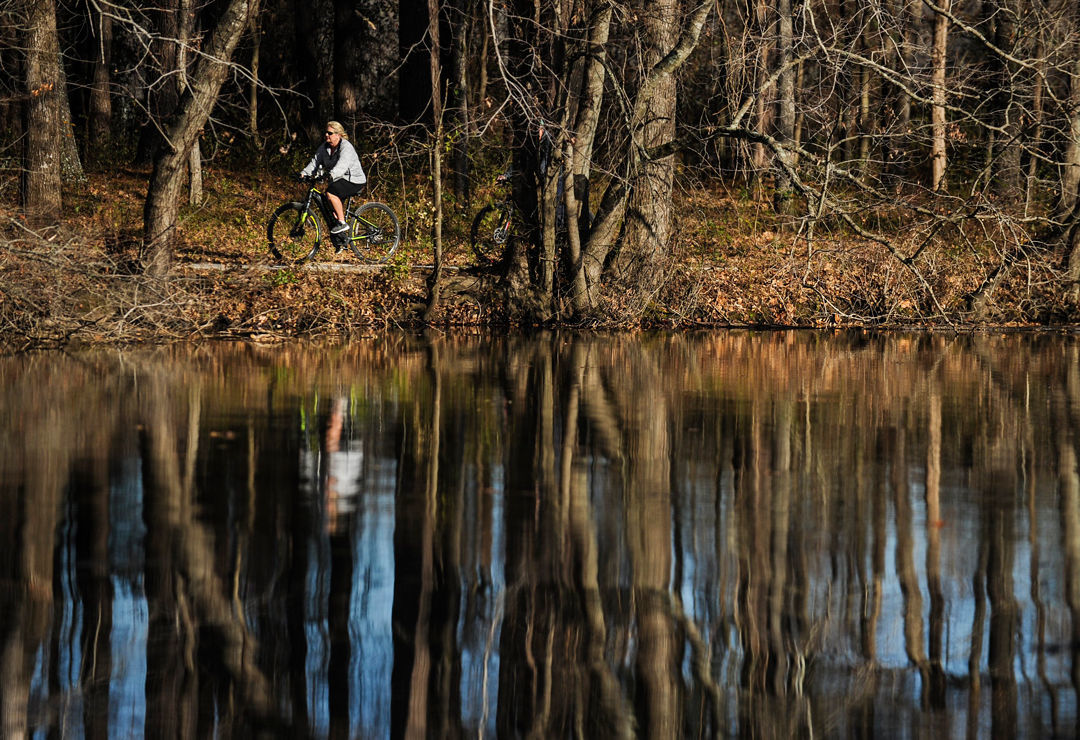 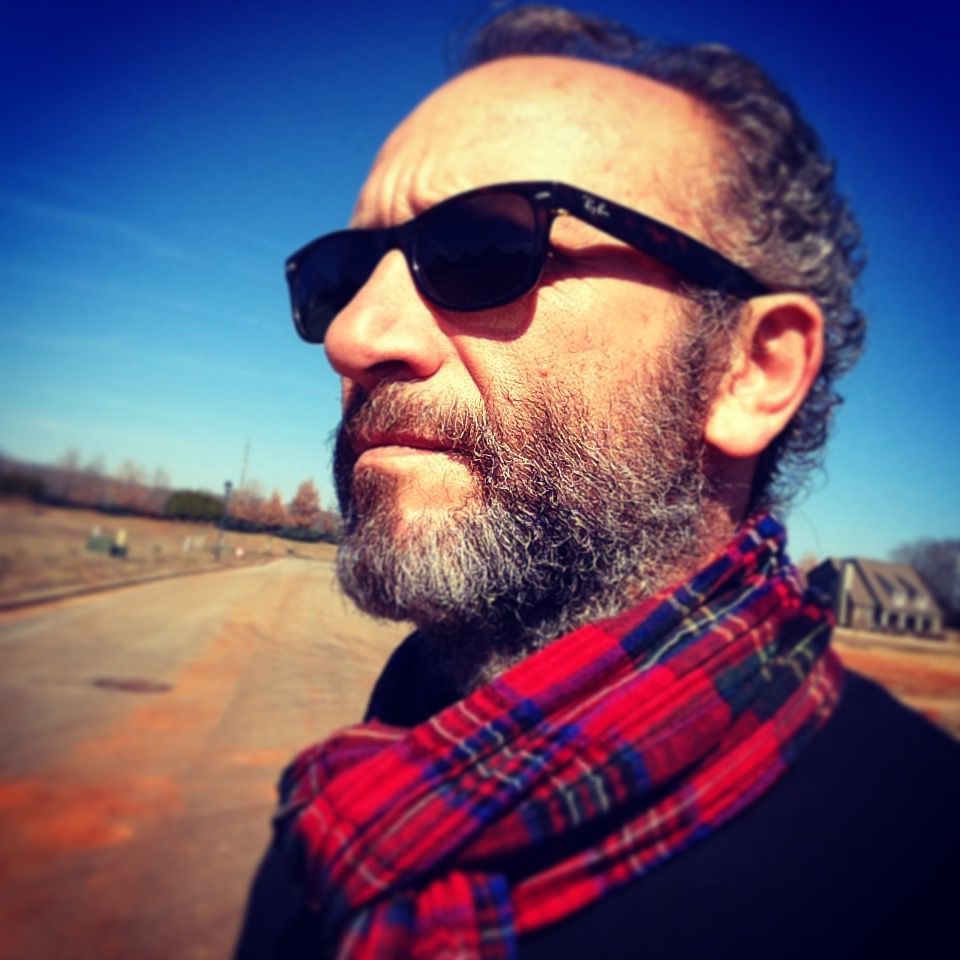 In this part of the world, when trees lose their leaves completely, the landscape turns brown and gray. That's a pairing of colors that I really dislike, especially when compared to the luscious greens of summer, the colorful blossoms of spring or the reds, oranges and yellows of mid-autumn.

However, there’s one way I like to photograph those leafless winter trees: reflected in the water. I think their reflection can be even more interesting than a big splash of amorphous green that one might get in the summer. At least these naked trunks and limbs have a more defined shape when reflected.

That’s what I was thinking about one fine and unusually warm December morning as I saw the reflection of the trees along the trail in Point Mallard. I suspected someone might be walking or biking, so I composed my picture leaving the clear spot between trees and bushes on the upper third of the frame and just waited until someone showed up. That someone happened to be Sharon and Steve Wellner. I took only three frames and, although Steve appears hidden behind a tree, I think this is the best one.

About the series: Behind the Lens is a photo column that explores the thoughts and mechanics behind images of the community taken by Decatur Daily photojournalists. These photos resonate with the photographer, either through the story behind the shot or the image itself.

About the photographer: Jeronimo Nisa, who is originally from Spain, has been a photojournalist with The Decatur Daily since 2008. He earned a master’s degree in photojournalism from the University of Missouri-Columbia. He previously worked in Italy and South Africa.

Who will win Super Bowl LIV?