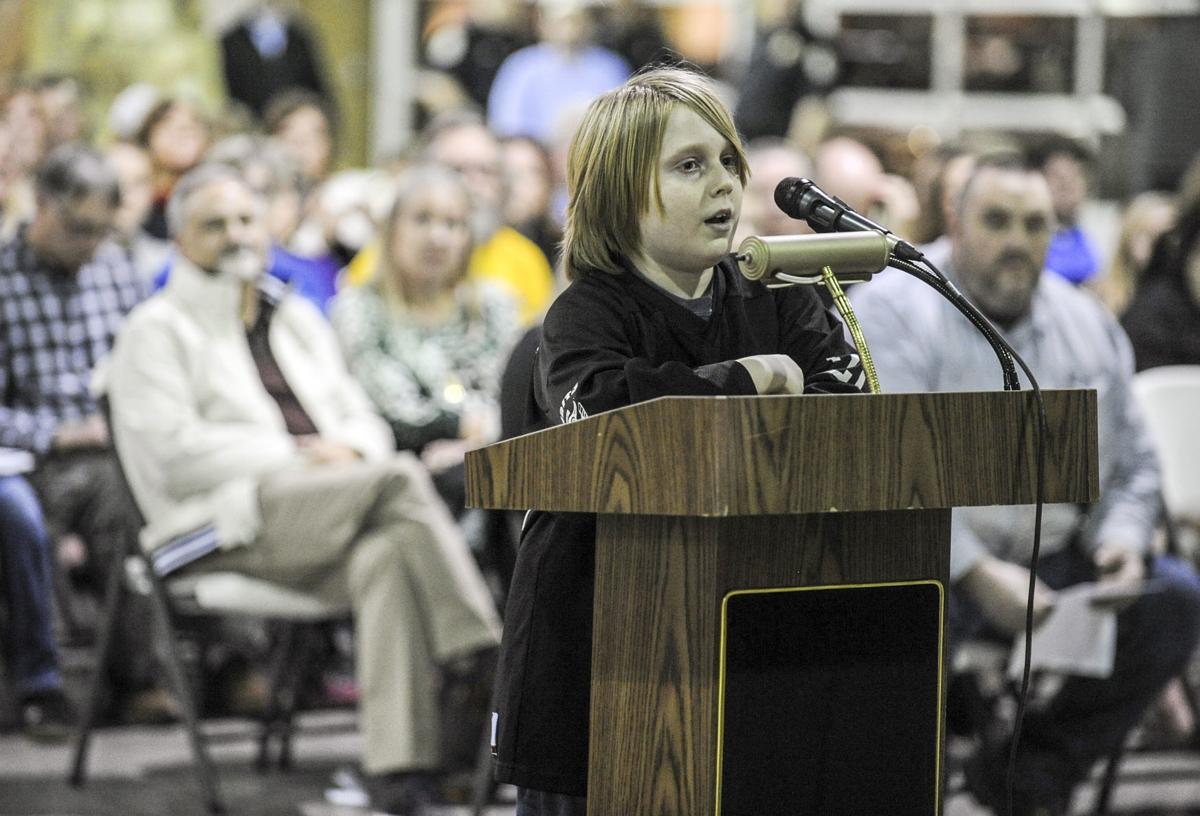 Hockey player Ben Lowman, 12, speaks to the City Council during a special meeting about the future of the Point Mallard ice rink at Ingalls Harbor Pavilion on Tuesday. [JERONIMO NISA/DECATUR DAILY] 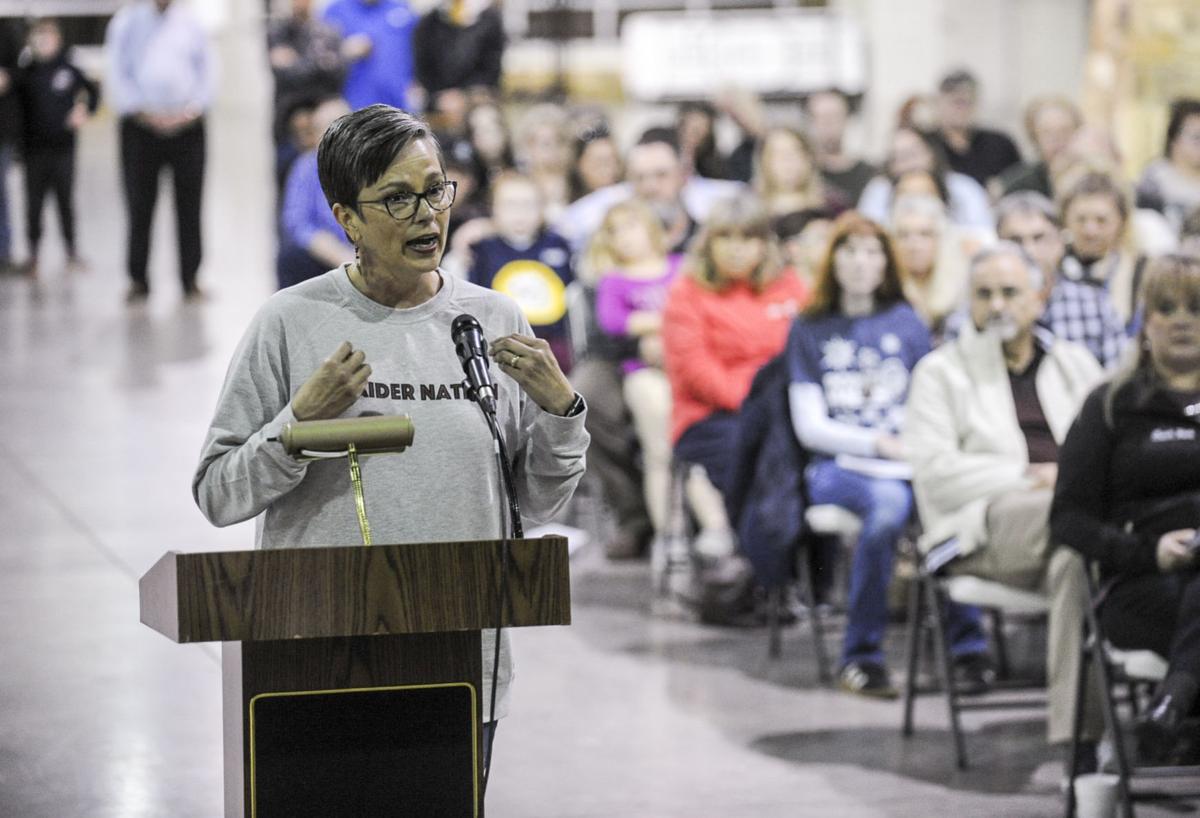 Christy Walter speaks to the City Council during a special meeting about the future of the Point Mallard ice rink at Ingalls Harbor Pavilion on Tuesday. [JERONIMO NISA/DECATUR DAILY]

Hockey player Ben Lowman, 12, speaks to the City Council during a special meeting about the future of the Point Mallard ice rink at Ingalls Harbor Pavilion on Tuesday. [JERONIMO NISA/DECATUR DAILY]

Christy Walter speaks to the City Council during a special meeting about the future of the Point Mallard ice rink at Ingalls Harbor Pavilion on Tuesday. [JERONIMO NISA/DECATUR DAILY]

Most of the almost 200 people at a Decatur City Council community meeting Tuesday night said they want to save the broken ice rink at Point Mallard, and Council President Paige Bibbee said the facility isn't in jeopardy.

“We just want to hear your ideas for the facility,” Bibbee told the audience at Ingalls Harbor Pavilion.

Afterward, Bibbee said “there’s been no talk on the City Council” about not repairing the ice rink at Point Mallard Ice Complex, which workers found had major pipe problems during routine maintenance in June.

That would represent a change in sentiment among some council members. In September, Councilman Charles Kirby said the council would have to decide “whether to continue to pour money into this money pit or find another project."

Other council members also have expressed concerns about the cost of repairing and operating the ice rink.

The repairs could cost as much as $1.4 million, Parks and Recreation Director Jason Lake said in October.

Lake also said the ice complex is a perennial loser financially, having lost an average of $150,000 a year in the last 15 years.

Speaker after speaker Tuesday declared their love for the ice rink and begged the City Council to repair it so they and/or their children could play hockey, curling or compete in ice skating.

Daniel Frith, one of the main proponents of hockey in Decatur, said he would like to see an ice rink that’s open five months of the year and then converted to another use the remainder of the year.

“The (outdoor) ice rink made money for the 23 years it was only open part of the year and then it lost money for 19 years (as an indoor rink),” Frith said.

Lake proposed in October eliminating the ice rink and turning the 17,000 square-feet of space in the main area, into a multi-use complex. This complex that would host sports like volleyball, indoor soccer and offseason baseball and softball training.

The building, which also has 2,000 square feet of meeting and hospitality rooms, would become an event center that could host conferences, meetings, trade shows, weddings and proms.

Lake also suggested creating an outdoor rink downtown to provide public skating in the city for $112,500 during winter months.

Lake said creating a multi-use complex would turn the building around financially and the city would start making money on it.

Jeremy Devito, of Compton Drive Southwest, said he would like to see the ice complex become a multi-sport complex that could host indoor soccer. He said he believes the city can capitalize on its success with outdoor soccer and attract teams from all over the Southeast to indoor soccer.

Devito said a multi-sport complex could also host baseball, volleyball and a number of other indoor sports.

Mitchell Driver of Somerville said Pelham had the same financial issues with its rink until it converted its rink into a multi-use facility that hosts gymnastics, cheerleading and other competitions too to go along with its ice rink.

If Decatur does repair its ice rink, those who spoke agreed they believe the ice complex needs to be managed and marketed better.

Jen Wenzler, of Andrews Street Southwest, said the teenagers who were working at the facility were not very well managed and this reflected badly on the facility.

Jennette Rawls, of Madison, said her family prefers Decatur’s rink over Huntsville’s rinks so they’re in Decatur three to five times a week. She said everyone who uses the rink would be willing to pay higher participation and entrance fees to support the rink.