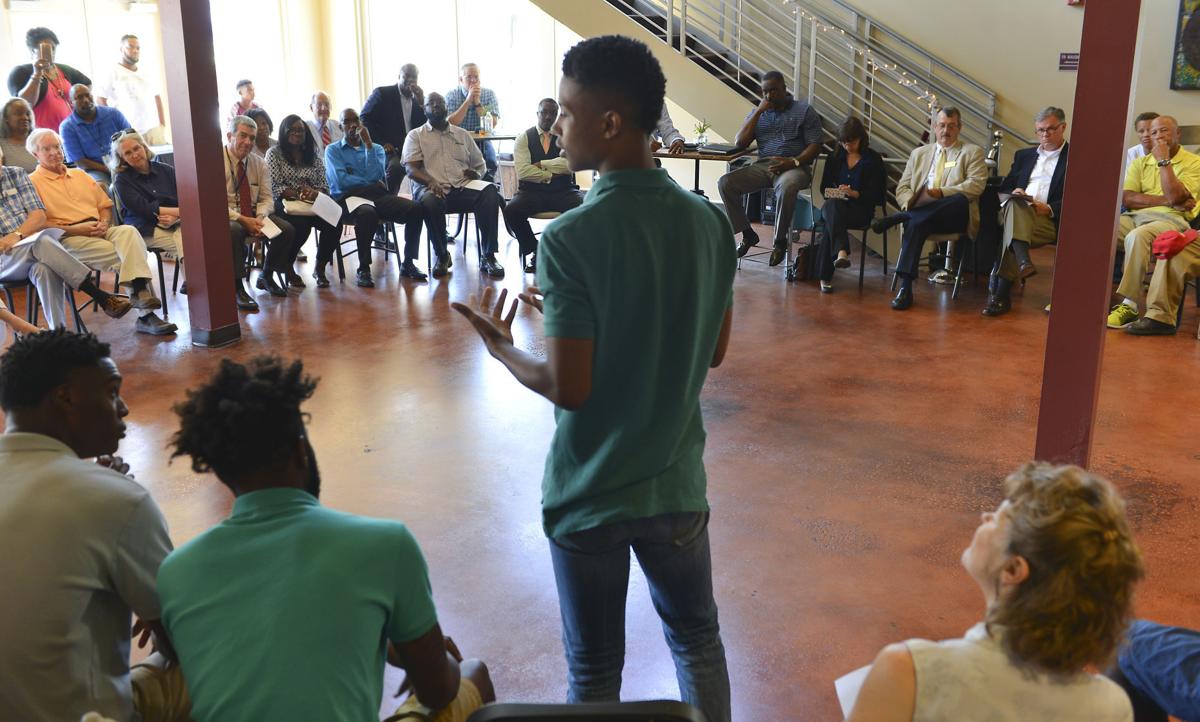 Participants in the Community Youth and Justice Forum listen to Dante Pride at the Princess Theatre last week. 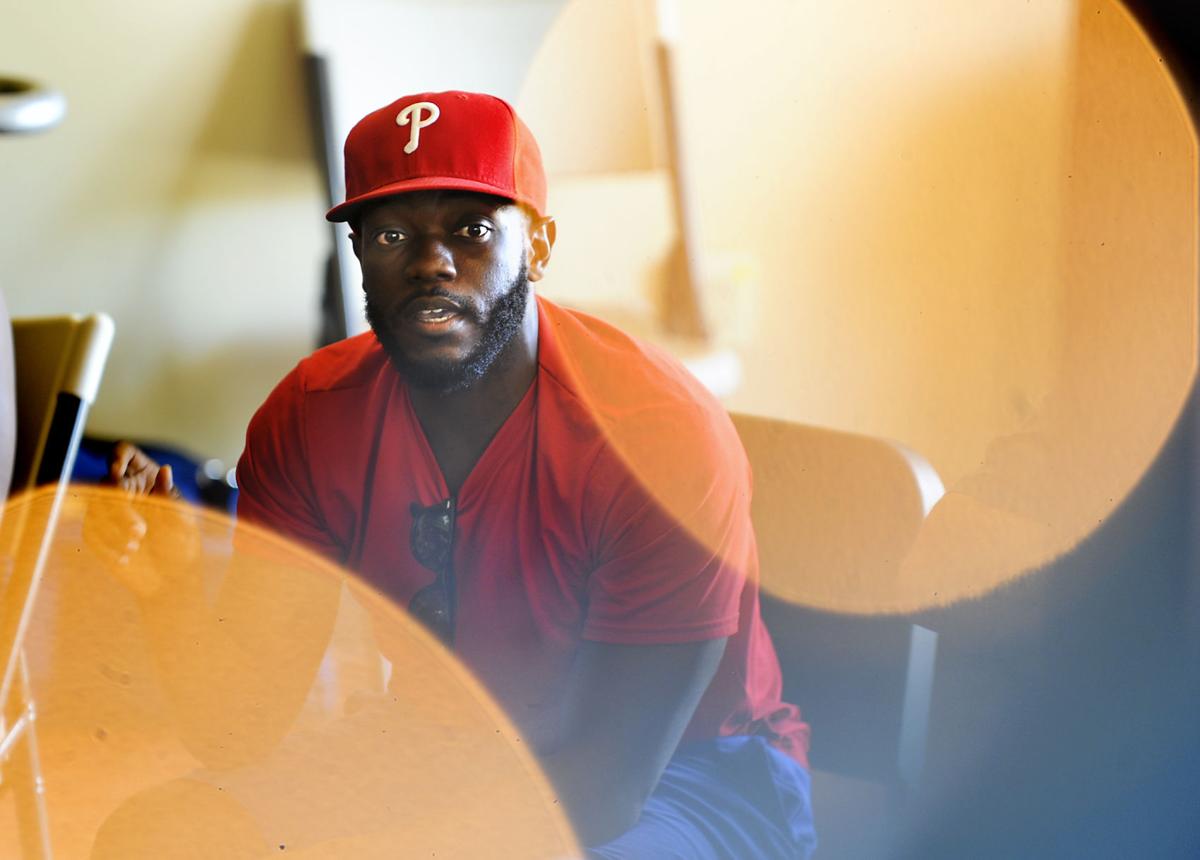 At the Community Youth and Justice Forum, Amos Williams Jr. suggests there should not be separation between black and white churches and everybody should worship together. 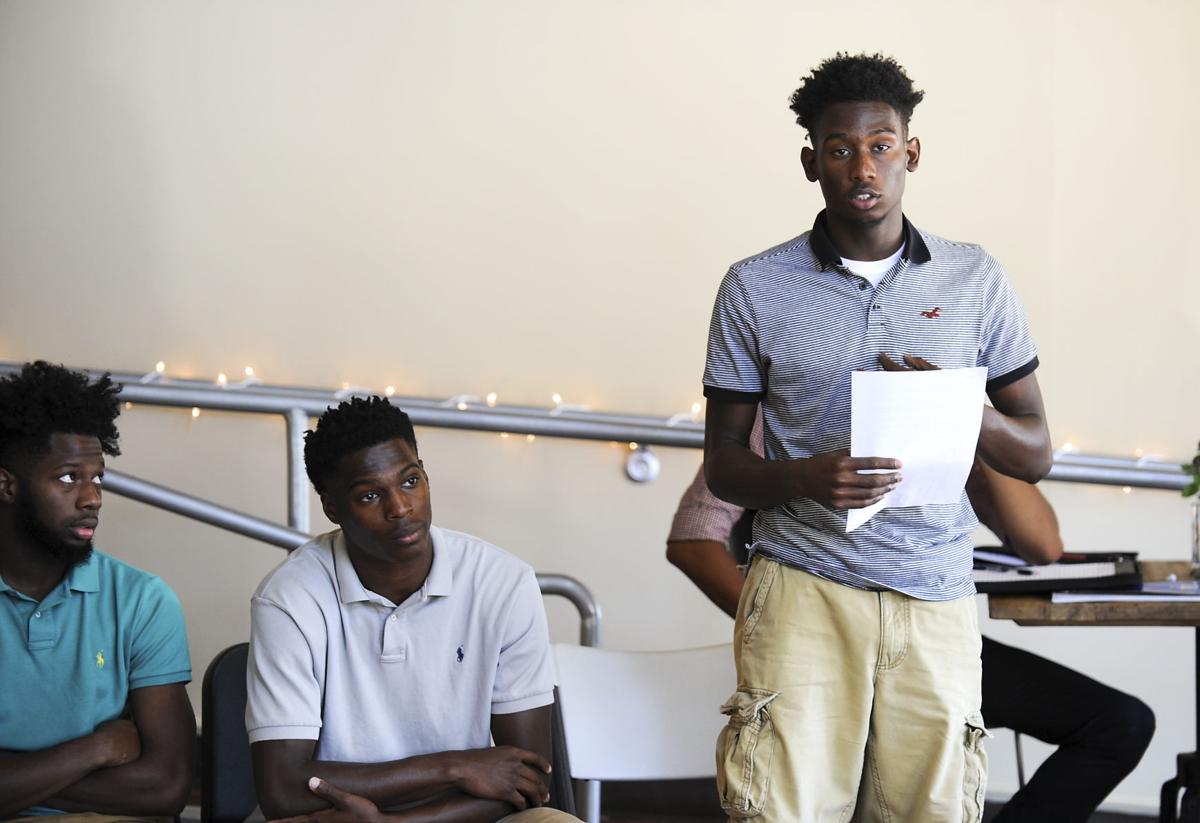 Eric Birdsong talks about FREE (Forgiven, Redeemed, Encourage, Effective), a movement he founded with other youths, during the forum. 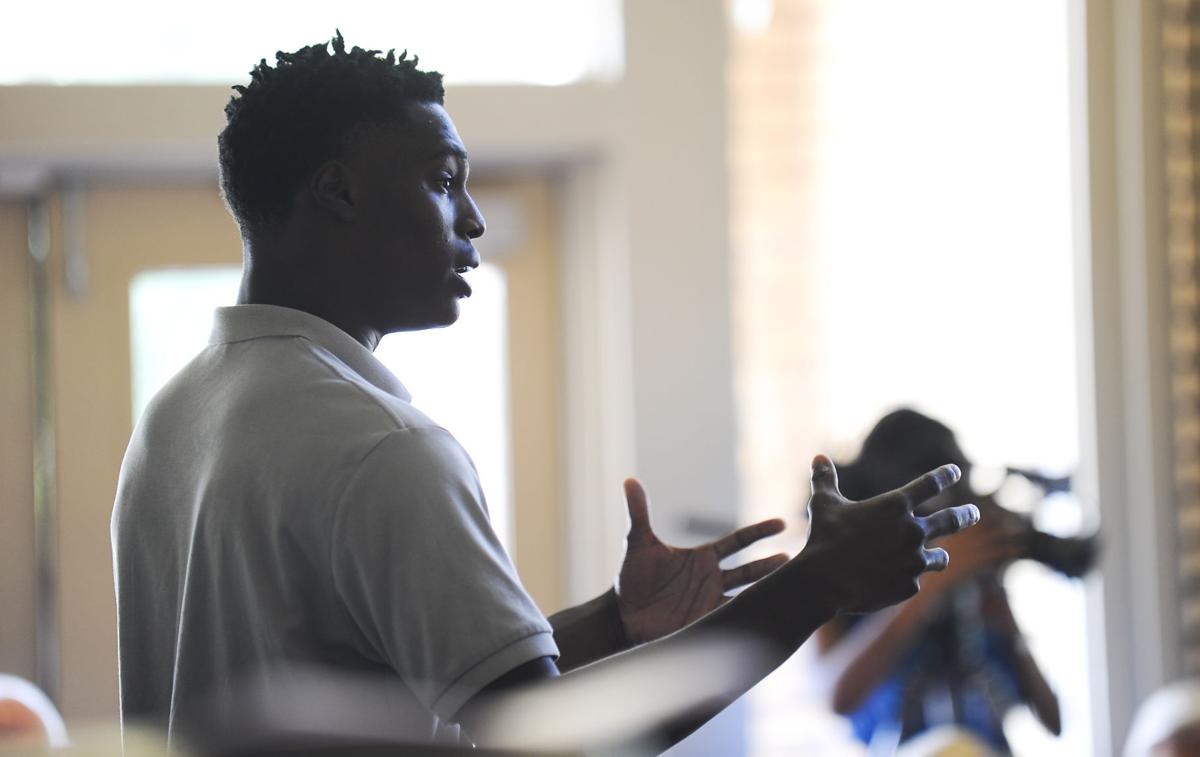 Josh Pearson talks during the Community Youth and Justice Forum at the Princess Theatre on Tuesday.

Participants in the Community Youth and Justice Forum listen to Dante Pride at the Princess Theatre last week.

At the Community Youth and Justice Forum, Amos Williams Jr. suggests there should not be separation between black and white churches and everybody should worship together.

Eric Birdsong talks about FREE (Forgiven, Redeemed, Encourage, Effective), a movement he founded with other youths, during the forum.

Josh Pearson talks during the Community Youth and Justice Forum at the Princess Theatre on Tuesday.

Overcoming a generation gap would be a start toward creating unity in Decatur in the wake of police-involved shootings nationally, black youths and young adults said during a community meeting Tuesday afternoon.

The third Community Youth and Justice Forum at the Princess Theatre Center for the Performing Arts, which had about 100 people crammed in the entrance of the theater, sought to include the younger generation in a dialogue about race relations.

Decatur leaders and community members initiated the forums in response to a series of fatal shootings of police officers and black men in Louisiana and Minnesota this month.

Part of the problem in Decatur, several young adults said, is leaders don’t listen to young people, which is something they believe needs to change.

“They think we don’t know what we’re talking about,” said Josh Pearson, 19, of Decatur. “Don’t try to break us down and beat us down. Help us grow. Help us reach the people.”

Several young adults said in order to effect change in their generation, their voices must be heard — not silenced.

Though youths are most effective in reaching out to their peers, Birdsong said, they still need support from adults.

“Y’all are wise, but we've got to be on the front,” he said. “And y’all have got to be giving us the wisdom in the back.”

Pearson and Birdsong are both a part of a group called FREE, which stands for Forgiving, Redeem, Encourage and Effective. Its goal is to "get young people back to God."

Respect, for many youths and adults, plays a critical role in minimizing racial tensions as well.

That means emphasizing respect toward authority figures, not just officers, several said. However, others also stressed the need to educate youths on how to communicate when approached or pulled over by an officer.

Bobby Diggs, of Lawrence County, said knowing how to communicate sets the tone for the whole interaction between an officer and an individual.

“When you’re stopped, the most important thing is to be polite,” said Diggs, who was at the meeting because he's considering a similar forum in Lawrence County.

Diggs, with a chuckle, said he had been stopped at least 200 times by police over the years, but added that he knew how to act and react when pulled over.

Though Rena Cosby agreed young people must learn to display respect, she added that young adults should be shown respect from authority figures as well.

“That’s what this generation needs. They need to be patted on the back,” Cosby said. “Keep encouraging these kids.”

“I think if people get to meet them and interact with them, we wouldn’t feel so much pressure when we get pulled over and things like that,” Skipworth said.

Decatur Police Chief Nate Allen told youths he is constantly out on calls with officers to observe their performance.

“One thing that I’m not going to tolerate as chief of police is any kind of discrimination,” Allen said.

The next meeting, which is set for Tuesday at 2 p.m. at the Princess, will focus on setting agenda items for creating a more comprehensive forum to present to the community and selecting representatives to participate in a documentary portraying the different perspectives of the city.

This is how you affect change and heal a nation - by coming together respectfully and listening to one another's perspectives. Bravo to the participants!