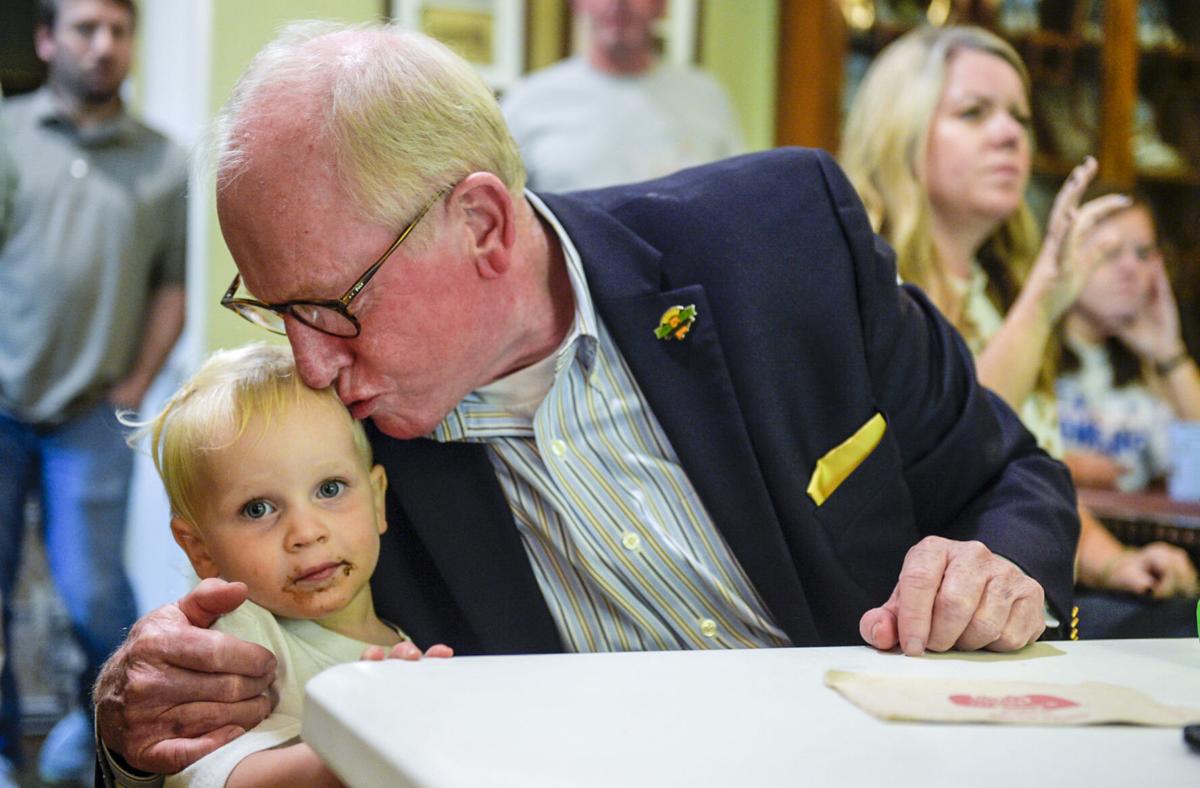 Decatur Mayor Tab Bowling kisses his granddaughter Lydia Upton, 2, as he is joined by family and friends to monitor election results from his home Tuesday night. [JERONIMO NISA/DECATUR DAILY] 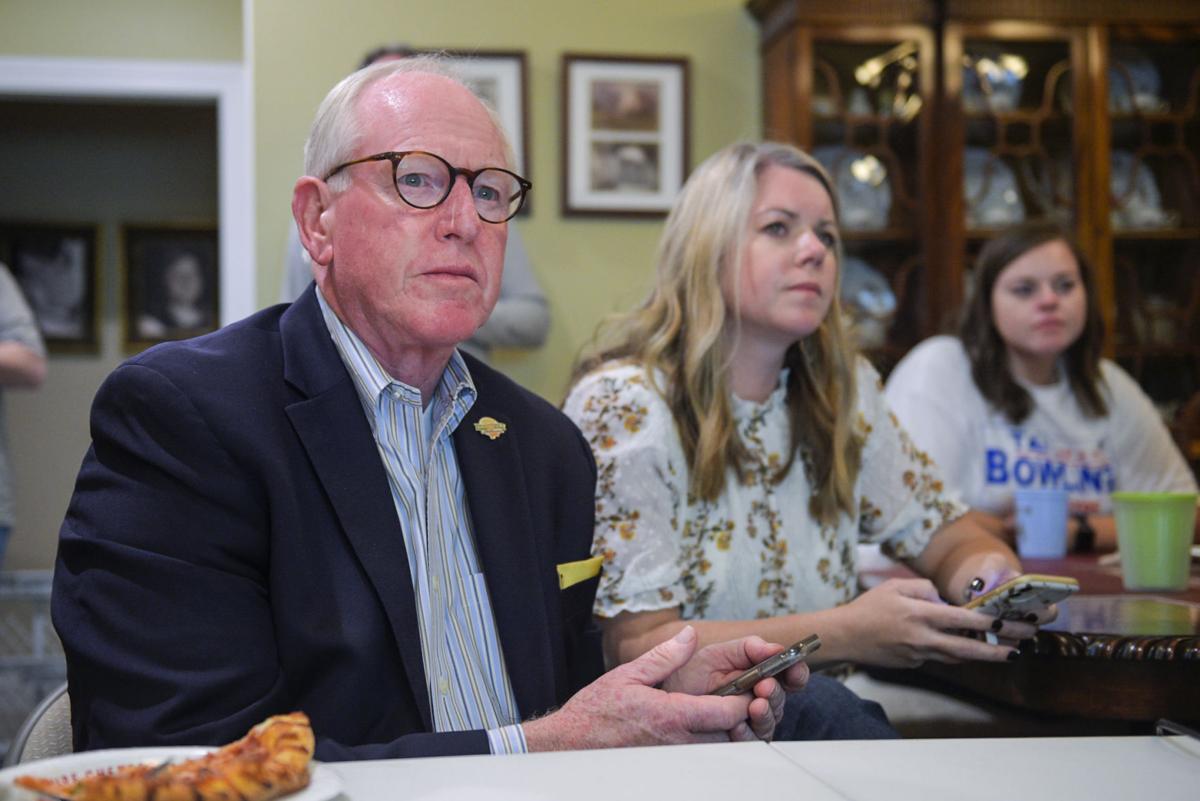 Decatur Mayor Tab Bowling kisses his granddaughter Lydia Upton, 2, as he is joined by family and friends to monitor election results from his home Tuesday night. [JERONIMO NISA/DECATUR DAILY]

“I’m honored and it’s very humbling to follow Mayor Dukes, but I’m more focused on continuing to serve our city like he did,” Bowling said. “I’m ready to get out and enjoy our residents. We just need to get rid of COVID-19 so we can.”

Bowling barely missed winning outright without a runoff in a field of seven men in the Aug. 25 election and it appeared he might win easily in the runoff.

The vote will become final Oct. 13 when the City Council canvasses the vote. This will include tabulating provisional ballots, but there are not enough of those to change the outcome.

“What a close race!” Bowling said. “Butch is to be commended. He got his group out, and there were the group of haters on Facebook.”

The mayor, who makes $106,637 in annual salary, and the new City Council will be sworn in and begin a new four-year term Nov. 2.

Matthews, 62 and a longtime Kroger employee, had his most successful campaign out of three tries for mayor since serving as a councilman in 1992-96. He also lost twice in campaigns for City Council.

“I’m really proud of everything we did,” Matthews said. “We win with grace and lose with grace. I put my heart into it and ran as hard as I could.

“I want to congratulate Mr. Bowling for running a good campaign. Now we need to work on fixing the city’s problem, especially our sewer issues.”

It was a city election like no other as the coronavirus pandemic limited candidates in the way they could campaign.

The Aug. 25 municipal election ended in acrimony as a Bowling supporter was criticized for financing a critical website against candidate David Childers, who finished third and missed the runoff.

However, it was also an election in which Bowling-supported candidates won the four contested City Council races, clearing out all but one of the council members Bowling didn’t always get along with in his freshman term.

Bowling said he does feel like he got a mandate with the victories.

“I’m so excited about working with the new council,” Bowling said. “We just have to set some priorities.”