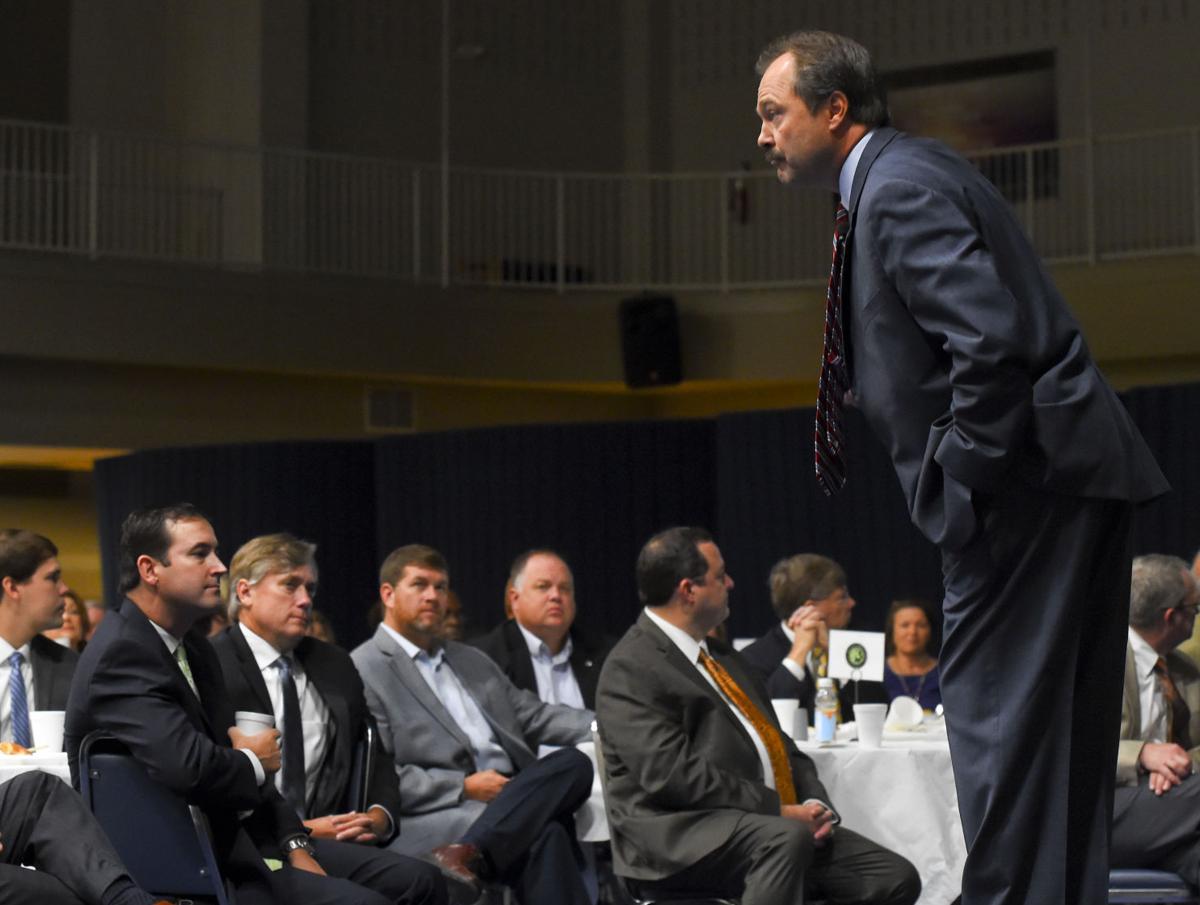 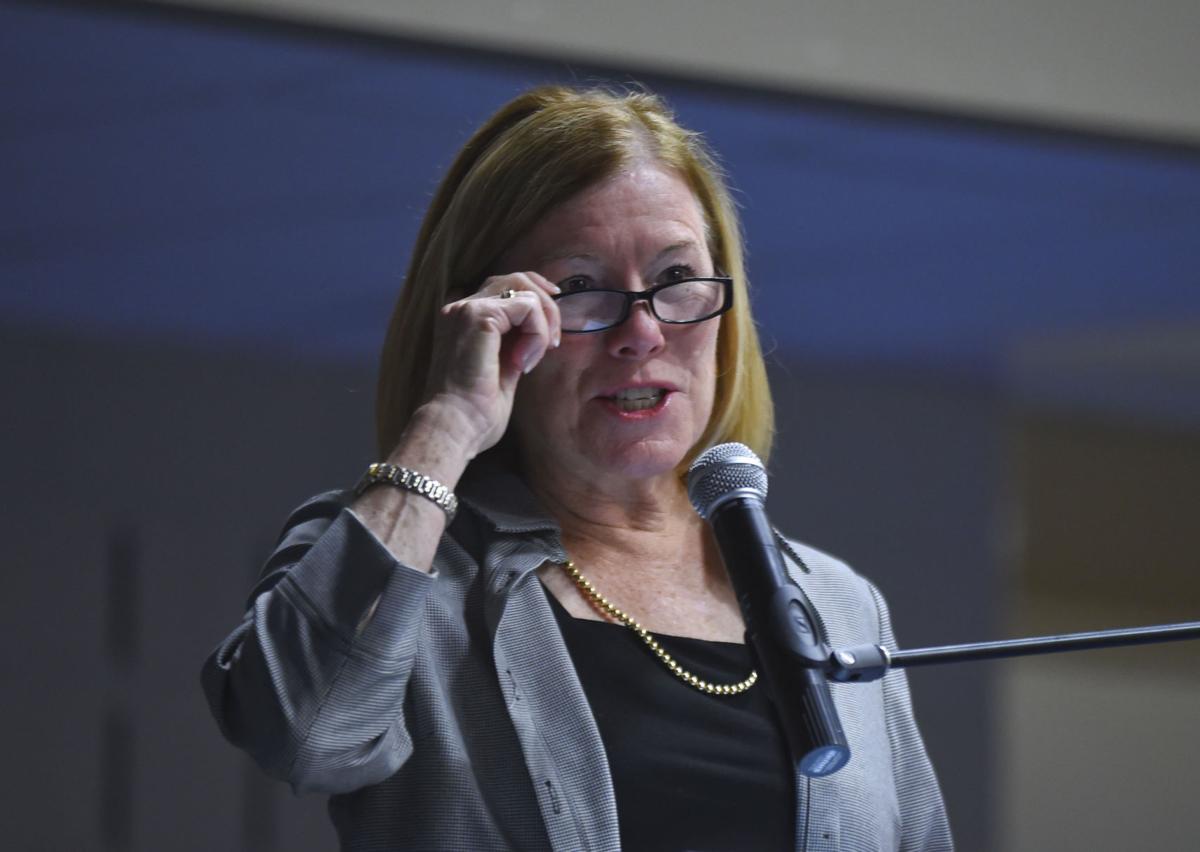 “I have three questions,” he said about the law during his first State of Decatur City Schools address as superintendent.

He asked lawmakers to explain if a letter grade is a true indication of everything happening in schools and if lawmakers understand the economic ramifications of putting grades on school districts.

Brigman also questioned whether lawmakers are building the grading systems “while in flight,” because it’s not clear to local schools how grades will be earned.

He warned the more than 100 people in attendance at First Baptist Church in Decatur on Tuesday morning to “use caution” when reading information about student performance.

“This is a much better measure than anything we’ve had before,” she said about the 2012 law.

Collins said a task force has been working four years to come up with a system for issuing letter grades. She said the old system factored in only standardized test scores to create the failing school list, but the new system for letter grades includes six indicators, such as dual enrollment, Work Keys, Advanced Placement and International Baccalaureate.

Collins said it also gives more weight to gains on ACT Aspire than to the actual test score.

Responding to Brigman’s question about whether the letter grade will represent everything happening in the school, Collins said, “No system does.”

But, Collins said, the letter-grade system is an easy way for parents to compare how schools are performing and is more inclusive than the old system. She said the only thing the state has not determined is where the line will be between an “A” and a “B.”

As for the economic impact, Collins said measurements of school district performance already are online.

Noel King, who is chairman of the Decatur-Morgan County Chamber of Commerce, said he understands where Brigman is coming from because test scores do not always “represent the many great things happening in our schools.”

He also said families looking to relocate look online at how school districts are performing.

“There has to be a way to balance what is out there about the school district,” King said.

Collins said the state will roll out the letter grading system in two phases. In December, she said, Decatur and other school systems will receive several grades measuring different indicators, such as academic gains and graduation rates.

“These will be baseline grades,” Collins said.

Schools will not receive an overall letter grade until December 2017, she said.

Brigman touched on other matters during his almost 30-minute presentation, including the upcoming release of ACT Aspire scores. He said Decatur made progress in some areas, but he could not release results because they are embargoed.

Brigman also lauded the district’s graduation rate, which increased from 64 percent in 2011 to 89 percent in 2015, and how students are performing on the ACT test.

Students at both Austin and Decatur scored above the state average on the ACT test last year, which is the test Brigman said is an indication of how students will perform in college.

The superintendent also outlined where Decatur is headed and warned the community that getting student achievement where it should be will not be an overnight process.

He said the district is “laser focused” on improving literacy and is abandoning old programs that do not work.

Brigman said the state has to get away from sanctions — such as issuing letter grades — and get to resources. He said the focus should be on finding money to help schools correct areas where students may not be performing well.

State of the Decatur City Schools

How schools will be graded

How schools will be graded

Beginning in December, schools will receive several grades in different indicators, including student achievement, learning gains made between years and graduation rates. In 2017, more indicators will be added and an overall grade will be assigned.

Each indicator has its own system for grade calculation, according to the state Department of Education. For the student achievement category only, the bottom 6 percent of schools will get F’s. Those are the same schools that will be on next year’s failing schools list, a requirement of the Alabama Accountability Act. Families attending those schools can receive a tax credit to help them pay private school tuition.

Information about how grades will be assigned in other categories hasn't been made available.

Improve the schools, get rid of Jett.

keep the politicians out of education.would you go to a veterinarian for eye surgery?let educators run education.collins needs to stay in her lane.

Should allies of former President Donald Trump be jailed for their refusal to testify to a House committee about the Capitol attack?