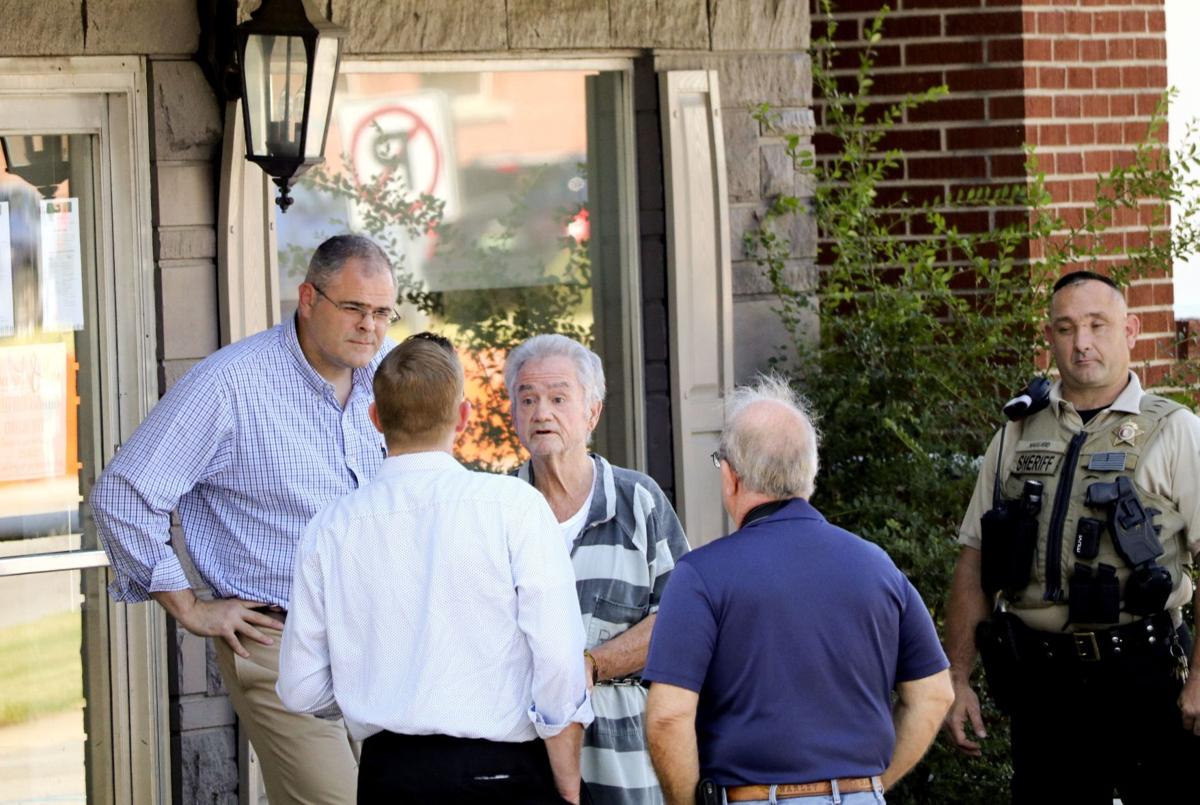 Roger Stevens, center, with attorneys Ron Smith, left, and Nick Heatherly, second from left with back to camera, at the site of the former Corner Bakery and Eatery on Monday. Stevens is charged with capital murder for allegedly killing his ex-wife at the bakery in 2015. [ERIC FLEISCHAUER/THE DECATUR DAILY] 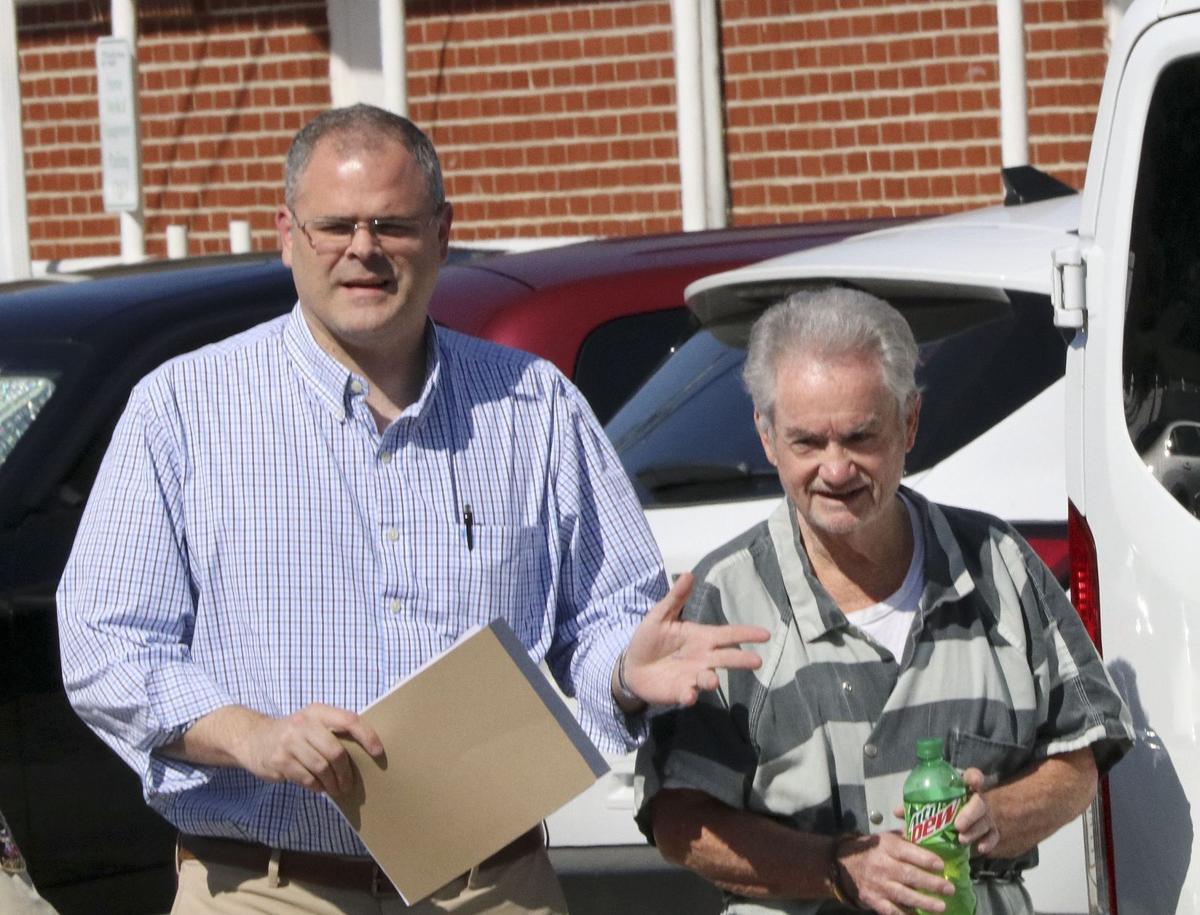 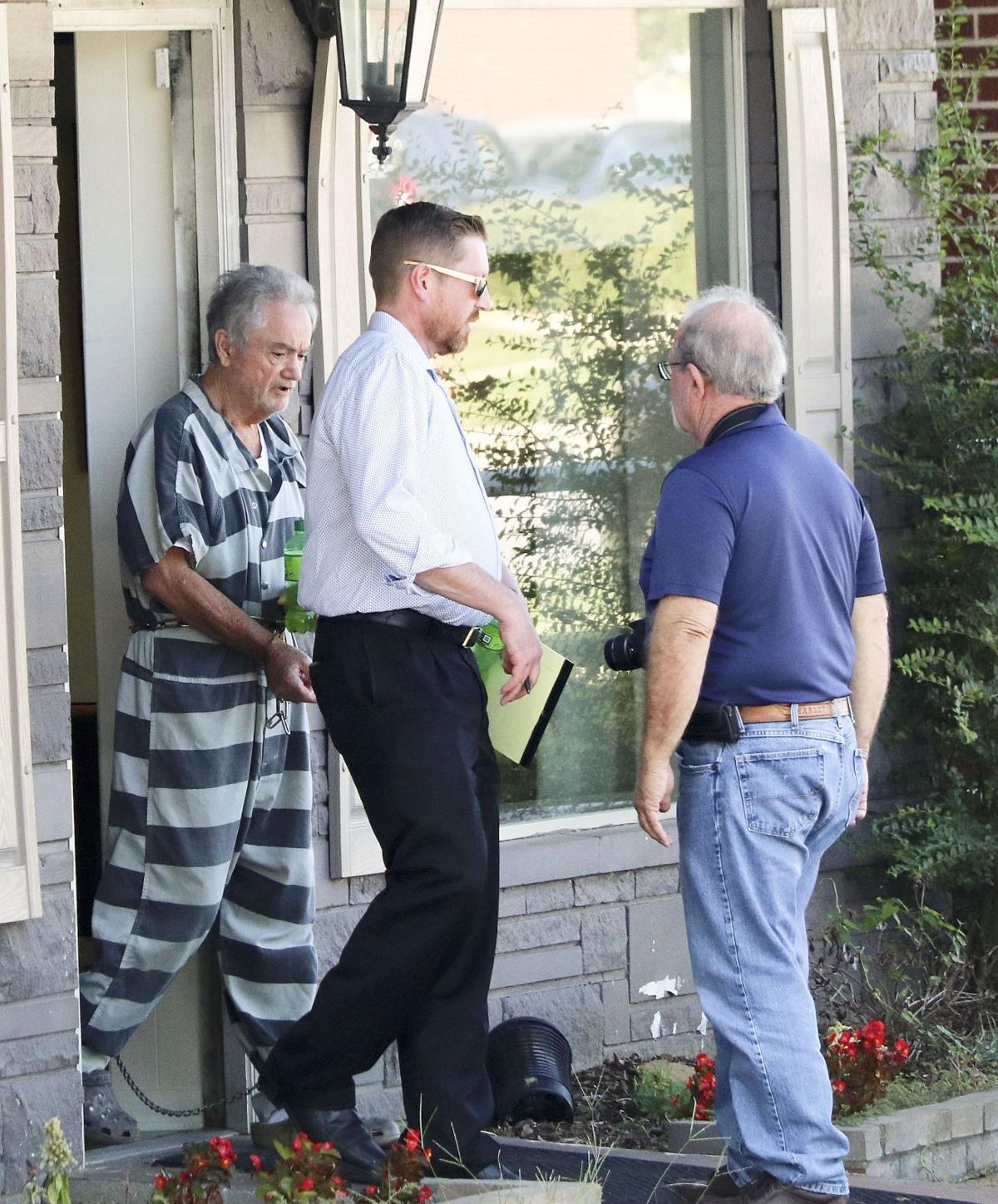 Roger Stevens, center, with attorneys Ron Smith, left, and Nick Heatherly, second from left with back to camera, at the site of the former Corner Bakery and Eatery on Monday. Stevens is charged with capital murder for allegedly killing his ex-wife at the bakery in 2015. [ERIC FLEISCHAUER/THE DECATUR DAILY]

A man charged with capital murder for the alleged slaying of his ex-wife two days after their divorce visited the scene of the crime Monday, a bakery building that police say he last entered with a gun on Nov. 14, 2015.

Roger Stevens, 68, had no gun Monday. He was handcuffed, wore leg shackles and was dressed in striped prison overalls as he entered the former Corner Bakery and Eatery once co-owned by the victim.

After arriving in a Sheriff's Office van, he entered through the Eighth Street Southeast doorway with his lawyers, was inside for about 10 minutes, and briefly exited the store at the Somerville Road doorway where police say Kay Letson Stevens, 62, was shot multiple times. After speaking with his lawyers and a private investigator, he then reentered the store and left through the side door.

"We just did a walk-through," said Huntsville lawyer Ron Smith, who represents Stevens along with Nick Heatherly. "Even if he wasn't in jail we'd do this. We just wanted a look at the crime scene."

Stevens has been in the Morgan County Jail without bond since he was arrested after a standoff the day of the shooting.

The visit to the crime scene took place the same day opening arguments had been scheduled to start in Stevens' trial, but Circuit Judge Jennifer Howell delayed both jury selection and the trial after the defense attorneys on Sept. 11 filed a motion citing a family medical emergency.

Stevens' lawyers filed the motion a year ago asking Howell to allow "the defense team to be able to inspect and examine the crime scene where the offense allegedly occurred." Howell in February granted the motion, while noting that the property was not in the district attorney's control. She offered to issue additional orders if necessary to facilitate the entrance of the defense team.

According to police, Roger Stevens and Kay Stevens had been married 42 years before their divorce.

Corner Bakery, across Somerville Road from Decatur Morgan Hospital and now home to Cheesecakes & More, had been co-owned by Kay Letson Stevens and her sister, Brenda Suggs, for the eight years before Kay Stevens' death.

Suggs told police, according to a police affidavit filed soon after the incident, that she spoke with Roger Stevens moments before the shooting.

“Suggs stated that she saw Roger drive up to the bakery in his silver Toyota Camry,” according to the November 2015 affidavit. “He drove up next to Suggs and displayed a black-with-wooden-grips handgun, telling Suggs that Kay was getting everything in the divorce, and he was going to kill her.

“Roger then saw Kay Stevens inside the bakery. He went into the bakery after her and chased her to the front of the business, where he shot her with the handgun multiple times.”

A later affidavit also said he beat her head against a curb before fleeing the scene.

According to a police affidavit, Kay Stevens spoke briefly to paramedics when they arrived at the scene and identified her former husband as the shooter.

Shortly after the slaying, Decatur police executed a search warrant on Roger Stevens' car. They found no gun, but they did find a gun case, three .22 magnum cartridges and the top seal to a liquor bottle, according to a police affidavit.

About two hours before her death, Kay Stevens texted a friend.

“Roger called me last night,” the text said. “He described me with his unflattering adjectives and said he was going to kill me.”