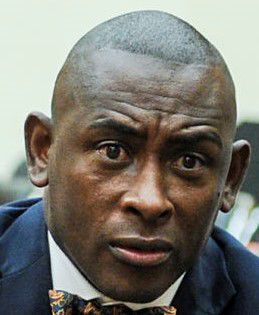 Carrie Matthews Recreation Center, which is Decatur Youth Services’ central base of operations, could be closed up to a year for interior renovations, City Engineer Carl Prewitt said.

Prewitt presented a proposed contract to hire Matheny Goldmon as the project architect for $122,500 to the City Council at Monday’s work session.

Carrie Matthews has been closed since the coronavirus pandemic began in March. DYS announced plans last week to reopen on Monday for open gym and tutoring, but Mayor Tab Bowling stopped those plans on Sunday.

“I learned about the plan in the newspaper Sunday, but we needed to get our safety coordinator, Rodney Shepherd, to do an assessment and determine if we could safely open the center,” Bowling said.

Bowling said he believes they can safely hold tutoring, but opening the gym for basketball isn’t something that can be done right now because of COVID-19.

“They can safely do tutoring with social distancing and wearing masks, but we know coming in there’s no guarantees,” Bowling said. “They will also have to make sure none of the students have been exposed and quarantined from school.”

Repairing the Carrie Matthews building, which Prewitt described as a complete interior renovation, is budgeted for no more than $1.8 million with the funds coming out of the city’s unassigned fund balance in its general fund.

The center is built on property that was once a saw mill and later became a garbage dump, but Prewitt said he’s not sure this is why the floors are settling.

“The walls seem to be fine,” Prewitt said. “It may be because of runoff washing the soil underneath the floors away.”

Prewitt said the recommendation is to “gut the inside and remove the floor” and then do a full interior renovation. Only the load-bearing walls would remain, he added.

He said the architect will talk to the Youth Services staff about the program’s needs before creating a renovation design. Creating this design will take three to six months before the start of construction, which will take about a year, Prewitt estimated.

Council President Paige Bibbee previously suggested building a new recreation center to replace Carrie Matthews in another location, but she said Monday she is fine with doing a renovation.

“The main thing is to make sure it’s safe,” Bibbee said. “With the way that gym floor tilts in one corner, it’s not safe.”

District 1 Councilman Billy Jackson wanted to save and renovate the building because of its history in the community.

“I’m very happy this is finally moving forward,” Jackson said. “This is one of the most worthy projects because it’s a facility that provides much-needed activities for our youth and community.”

Carrie Matthews is one of the key locations for this program for at-risk kids. It’s the home for tutoring, youth basketball, the annual Camp Safe Haven — a summer camp for elementary age children — and a number of DYS programs for children and adults.

“We just found out about the project so we’re not sure yet how we will proceed,” said Brandon Watkins, the newly hired DYS director who will start the job Monday.

Bowling and Youth Services officials plan to meet this week to discuss resumption of the activities at Carrie Matthews that were halted at the last minute Sunday.

Watkins said Tuesday he will follow the instructions of the city’s safety coordinator, mayor and City Council.

“The most important thing is keeping these kids safe,” Watkins said.

The DYS youth basketball league is the most popular program offered by the city department, and Watkins said Tuesday he doesn’t know yet where they might play.

“Unfortunately, the timing means the center will have to be shut down for a year,” Jackson said. “They’ve just got to create a plan. They will have to find out where there’s available space.”

The other recreation centers are busy with the city’s youth and adult basketball leagues, but Parks and Recreation Director Jason Lake said he’s always willing to work with DYS officials. He gave the Aquadome meeting rooms to Youth Services for tutoring last year after the city shut down space at the old Brookhaven school.

“We will work with DYS to coordinate gym time as needed, as we do with many aspects of DYS programming,” Lake said.

The City Council is scheduled to vote on the architect contract at its 10 a.m. meeting Monday.