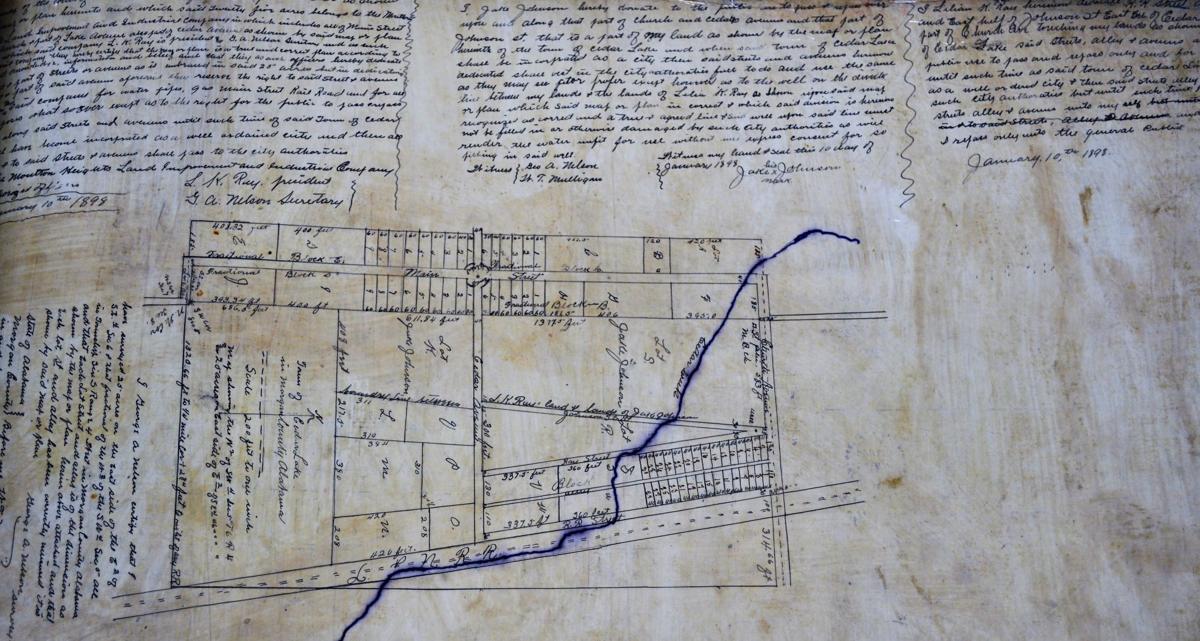 This plat map of Cedar Lake dates to 1898. The railroad tracks still mark the old community's eastern border. It appears that Ray Street on the plat is now Ray Avenue. [CATHERINE GODBEY/DECATUR DAILY] 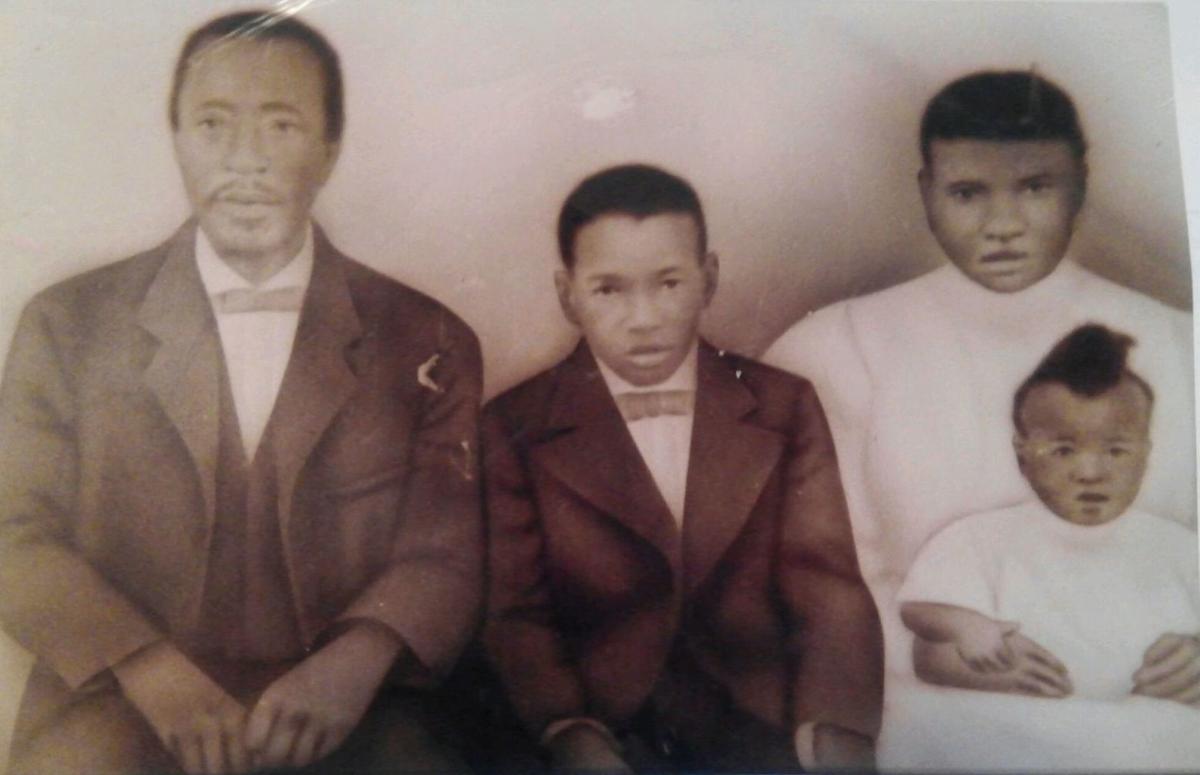 Matthew Burks and his family moved to Cedar Lake from Limestone County. He is the great-grandfather of Venessa Edmonds, who grew up in Cedar Lake and is trying to help preserve the community's history. [COURTESY PHOTO] 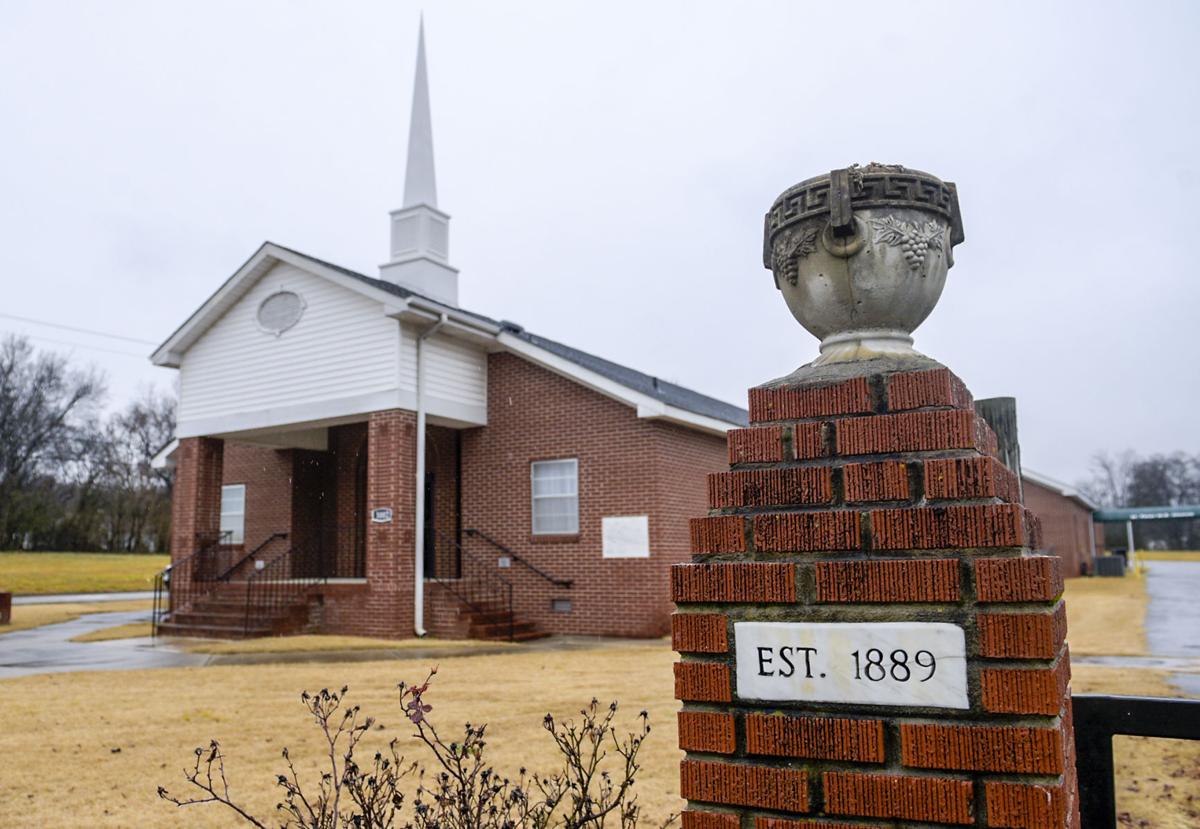 St. Peter Missionary Baptist Church is a reminder of Decatur's Cedar Lake community. It doubled as a school before the Rosenwald school was built. [JERONIMO NISA/DECATUR DAILY] 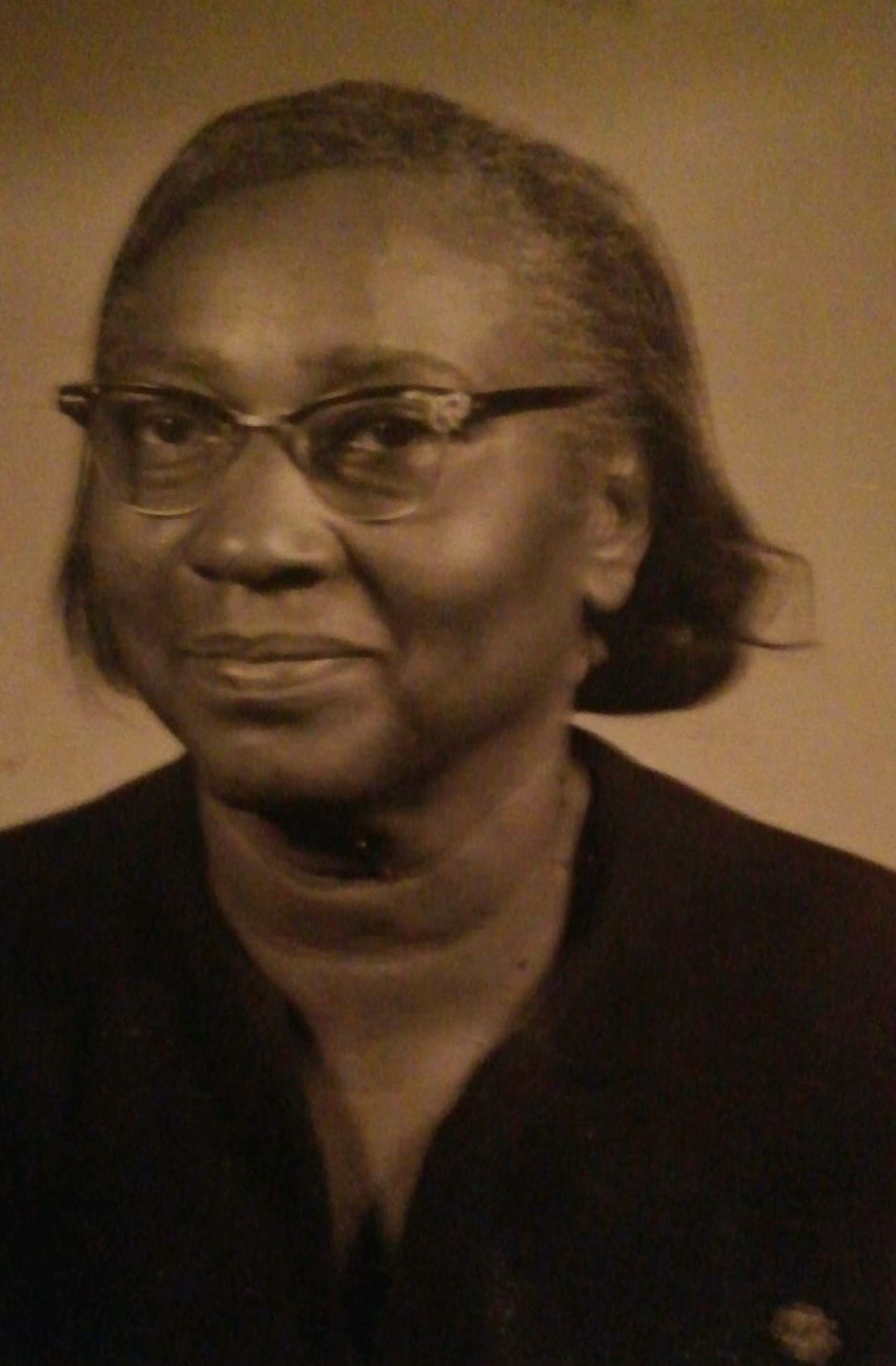 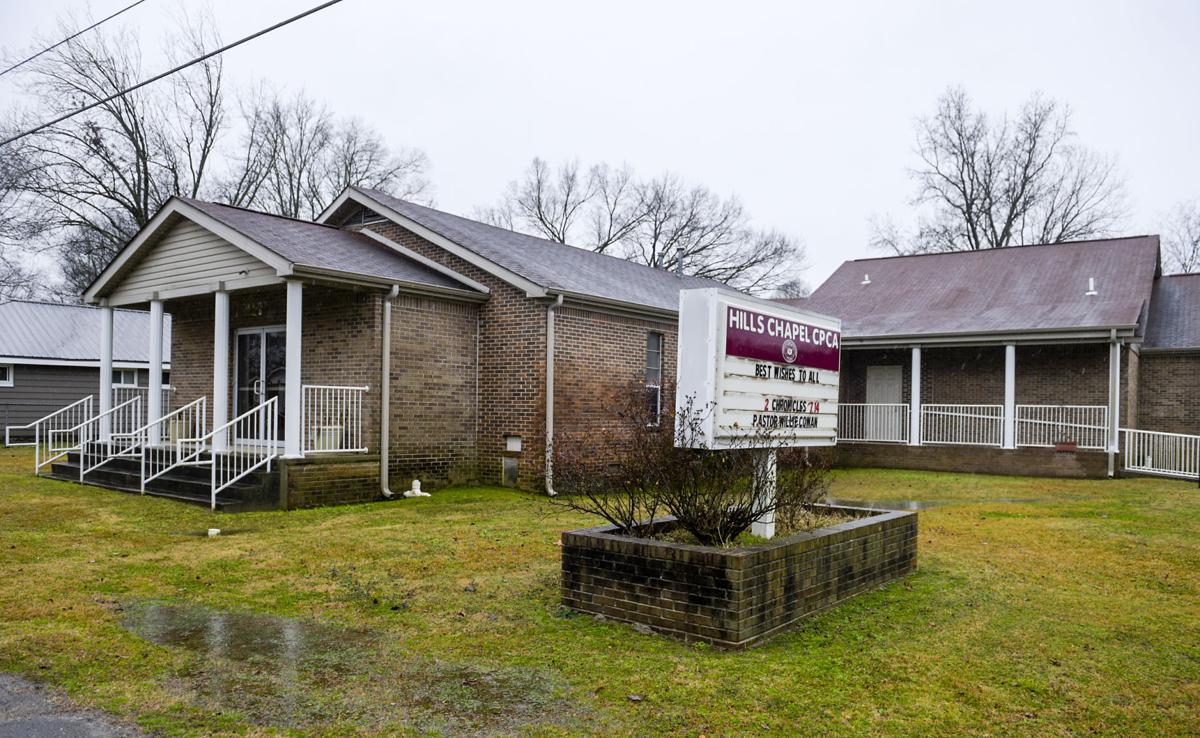 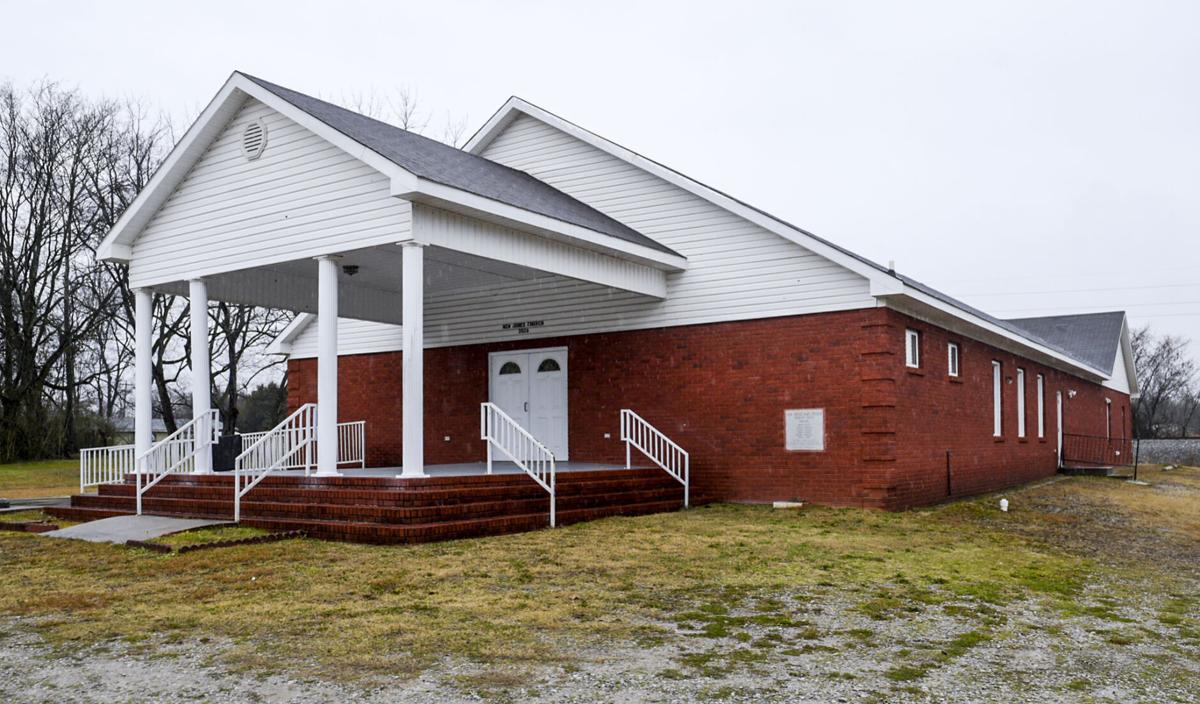 This plat map of Cedar Lake dates to 1898. The railroad tracks still mark the old community's eastern border. It appears that Ray Street on the plat is now Ray Avenue. [CATHERINE GODBEY/DECATUR DAILY]

Matthew Burks and his family moved to Cedar Lake from Limestone County. He is the great-grandfather of Venessa Edmonds, who grew up in Cedar Lake and is trying to help preserve the community's history. [COURTESY PHOTO]

St. Peter Missionary Baptist Church is a reminder of Decatur's Cedar Lake community. It doubled as a school before the Rosenwald school was built. [JERONIMO NISA/DECATUR DAILY]

News of the creation of the experimental Black community 3½ miles south of Decatur spread across the nation.

On Nov. 14, 1897, an article titled “Negro Colony in Alabama: An English Literary Woman’s Plan to Solve the Race Problem in the South” appeared in the New York Times.

The article heralded the formation of the 367-acre Cedar Lake community.

“This colony is not a business speculation in any sense of the term,” Lilian K. Ray, who envisioned and financed the colony, said in the New York Times article. “It is simply a plan for the amelioration of the condition of the negro race.”

“When we were growing up there were many, many houses there," said Robert Humphrey, who now lives in Tennessee. "There were three churches, a school, a railroad depot, post office, two community stores and a motel. One of the reasons there aren’t as many houses now as there were then is because as we matriculated, job opportunities were not available for us in Decatur."

A committee consisting of current residents of Cedar Lake and individuals who grew up in the neighborhood hope to keep the community’s history alive.

“Many of Decatur’s Black communities, such as Oklahoma, Moulton Heights and East Decatur, have disappeared. We don’t want that to happen to Cedar Lake,” Humphrey said. “We want to maintain our history. It’s very important that we teach our children, grandchildren and great-grandchildren about where they came from so they can learn from it, grow from it and be inspired by it.”

According to newspaper articles, the formation of Cedar Lake carried such importance, notable educator Booker T. Washington planned to deliver an address during the community’s formal opening. He, however, ended up not being able to attend.

In articles documenting the colony, Ray said, “The plan is to colonize the most intelligent and progressive negroes in a city of their own and, instead of fighting for recognition in the factories and shops of the whites, let them grow cotton and tobacco and manufacture it themselves.” She added, “The only opposition I have received has been among the meanest and lowest of the black and white population.”

Little is known today about how the founders selected the first residents, which included “several hundred” individuals.

“From the articles, it says they were wanting to look for the most intelligent and progressive negroes. That tells me that some thought had to go into it. There had to have been some type of process. As to what that process was, we don’t know,” said Venessa Edmonds, who grew up in Cedar Lake, lives in Decatur and retired from the Alabama Department of Labor as unit supervisor.

The New York Times article from 1897 addressed the feelings of the new residents of Cedar Lake. “The negroes are enthusiastic and are determined, they say, to prove to the world that they are amply qualified to take care of themselves.” The Cedar Lake plat map from 1898 featured the signatures of Ray, her husband George Nelson and Jake Johnson, a farmer, landowner and leader of the community.

The residents farmed the land that grew wheat, potatoes, cotton, corn and tobacco, taught at the Cedar Lake Rosenwald School, pastored the churches, worked on the railroad that passes through the community and played on the Cedar Lake White Sox baseball team.

“As I was reading about Cedar Lake, which was called a social test, I wondered what Mrs. Ray would say if she were alive today and could see the many accomplishments the citizens of this small community have been able to accomplish,” said Edmonds, whose great-grandparents moved to Cedar Lake from Limestone County.

The late Ollis Holden, who grew up in Cedar Lake, graduated from Fisk University, spent time with the St. Louis Cardinals football team and worked for the federal government.

“He was one of the first black business executives to come from Cedar Lake,” Humphrey said. “His name was written on the checks for retirees that worked on the railroad. Ross Malone, one of our World War II veterans, came up to me and said, ‘Here, look at my check.’ To see Ollis Holden’s signature and to know he came out of Cedar Lake made Mr. Malone very proud.”

Other notables include Hillard Tate, who founded the Cumberland Presbyterian Church in Cedar Lake, Carrie Tate Lewis, who served as principal of the Cedar Lake Rosenwald School, Floyd Humphrey, who played for the Indianapolis Clowns of the Negro American league, Hubert David Scott, who played for the Baltimore Colts, and Nettie Wynn, who worked as a radiology technician at Decatur General for 49 years.

“We took great pride in education — education, religion and sports,” Humphrey said. “Many of our citizens of the Cedar Lake community were educated and set the standard. Due to the fact that we had to maintain and take care of our own, we had great pride in what we were able to do. We had our own support group to encourage everyone to be the best they can be and to not look at the difficulties they faced.”

The Rosenwald school, which stood at the end of Ray Avenue, served as the heartbeat of the community. The Rosenwald Fund, established by Julius Rosenwald, president and later chairman of Sears Roebuck & Co., helped provide matching funds for schools for Blacks across the South. One of two Rosenwald schools in Morgan County, the Cedar Lake school was built in 1921-1922 with $1,000 of the $2,700 used to construct the building coming from the community. More than 80 students attended the two-room schoolhouse in the 1930s. Two of the early teachers at the school included Decatur educational icons Athylene C. Banks and Patti Cashin Sykes.

“The school was what you would now consider a civic center. When school wasn’t in session, in the afternoons and on Sundays, the school was the hub that brought everyone together. It was the center for culture and other activities,” said Humphrey, who can trace his family’s history to the beginning of Cedar Lake and whose grandmother and great uncle ran one of the community stores.

Over the past 50 years, as Decatur expanded south and west, changes came to the once close-knit community.

Johnson’s Pond, which served as the settlement's main source of water and where the community would gather for picnics, to fish, swim and hold baptisms, still exists, but is surrounded by an apartment complex, one of three in the neighborhood. To the south of the community are industrial parks.

“The proverbial, ‘It takes a village to raise a child,’ that explains what Cedar Lake was. We were a helping community. We don’t want Cedar Lake and all it stood for and represented to be lost to history,” said Edmonds.

The committee hopes to hold a reunion for current and former residents of Cedar Lake in 2022 to celebrate the community's 125th anniversary. To get in touch with the committee, email Venessa Edmonds at venedmon@hotmail.com.