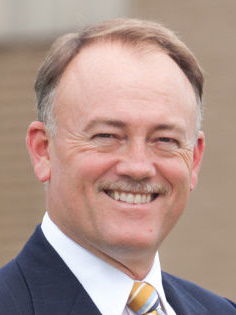 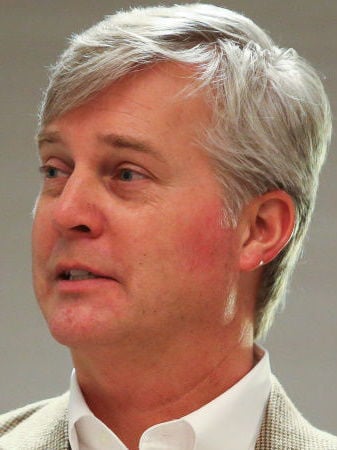 A neighbor to a planned subdivision off Point Mallard Drive Southeast objected this week to a change in zoning that allows for smaller homes.

Regency Boulevard resident Gerald Maxwell sent an email to City Planner Karen Smith, and she read it at Tuesday’s Planning Commission meeting. It says he “isn’t happy” that the Planning Commission was considering changing the zoning district for Legacy Cove, formerly Black Branch Point, from R-3 to R-5.

The 74-home subdivision, a development of Land Services LLC and Greystone Properties, is planned for two phases. The first phase was pre-zoned R-3 for 32 estate lots along the river and the second phase of 42 patio homes along Point Mallard Drive was R-5.

However, at Land Services partner Jeff Parker’s request, the Planning Commission agreed to recommend changing phase 1 to R-5 zoning. The City Council has the final say on zoning issues.

“Changing the zoning from high-end R-3 to R-5 lowers the standards,” Maxwell wrote. “That only reduces property values, and I have to live across from that fiasco.”

Blake McAnally, with Pugh Wright McAnally Engineering Services, represented the developer at Tuesday’s meeting. He said the planned size of the homes won’t change with the new zoning. They requested the change for more flexibility with the setback requirements.

“The pre-zoning was done before the design and the lots are very deep,” McAnally said. “The lot sizes won’t change,

Parker agreed, saying there’s not much difference in the lots for R-3 and R-5.

“R-5 just gives us more flexibility with the setbacks and the shape of the lots,” Parker said.

Parker said he still plans to sell estate lots on phase 1 and smaller single-family homes in the second phase.

“If you look up the (Morgan County) appraisal, the cost of the dirt for a lot on Regency (Boulevard) is 50% of the value of the homes,” McAnally said.

Maxwell also expressed concern that the property, which was used for industrial manufacturing, might be an environmental hazard because of chemicals used on the site.

“The city needs to set aside a fund (for legal defense) because this could become something far beyond 3M,” Maxwell wrote.

McAnally said there are no environmental concerns with the property. He said the federal Environmental Protection Agency “had the property tested and found that it was clean.”

Assistant City Attorney Chip Alexander said he and City Attorney Herman Marks “determined that there are no liability concerns” about the development for the city.