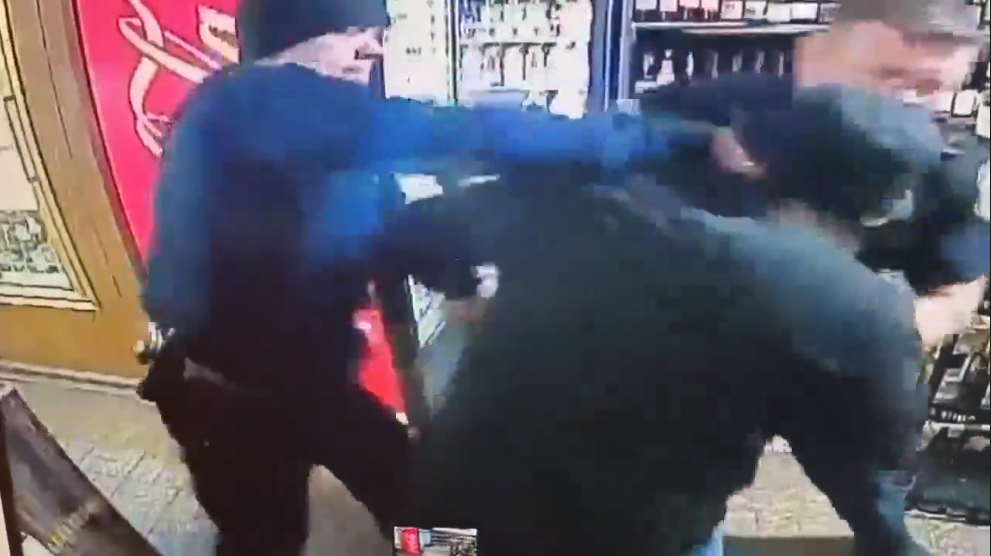 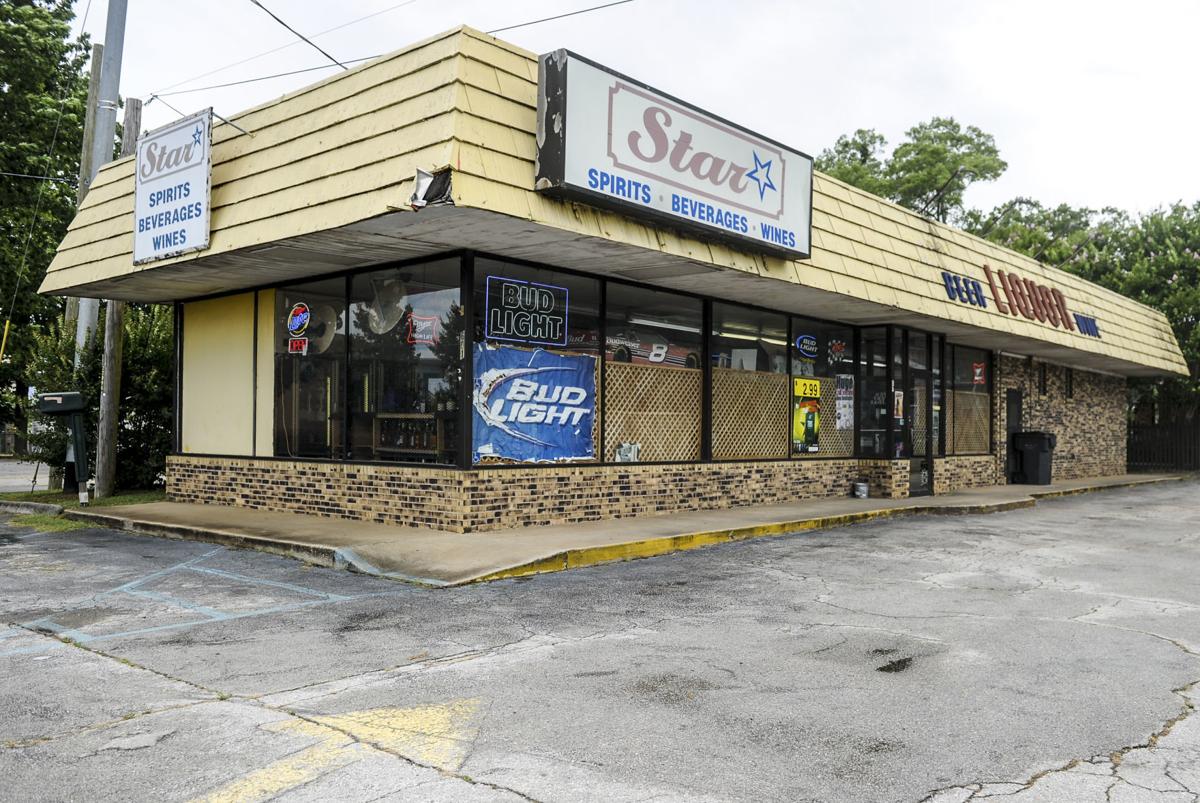 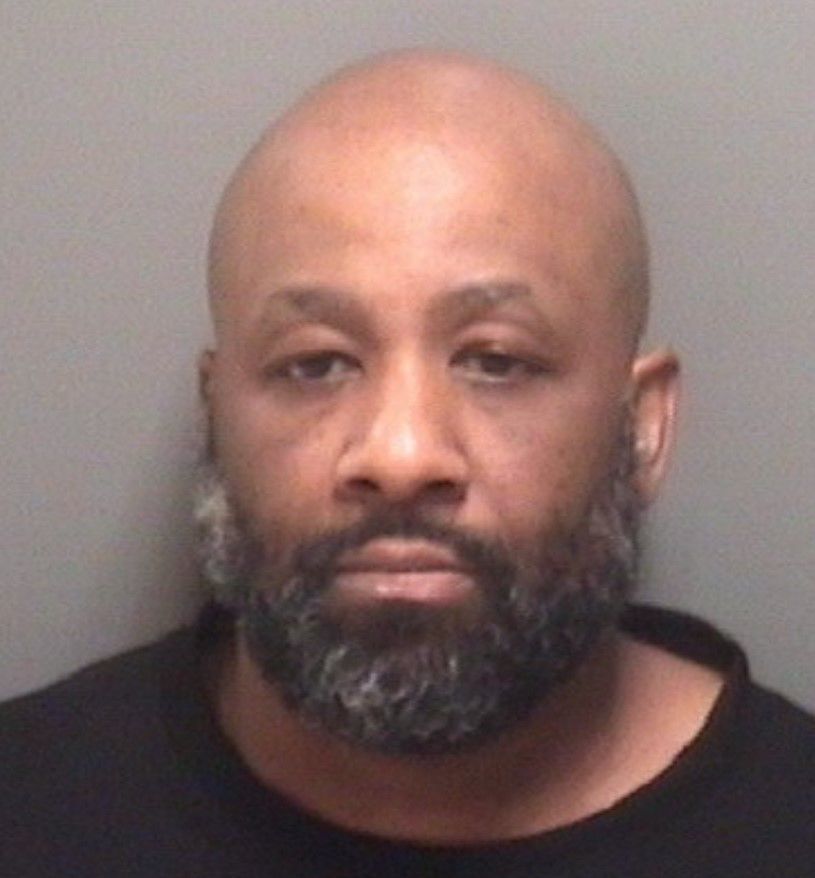 Decatur Police Chief Nate Allen today confirmed the identity of the officer who struck liquor store owner Kevin Penn while responding in March to a 911 call that an attempted theft took place at Penn’s store.

Officer Justin Rippen, one of three officers responding to the 911 call, punched Penn in the jaw, Allen said. Rippen is white and Penn is black. Allen has previously said it appeared to the officer that Penn was reaching for a handgun on the counter of Star Spirits and Beverages on Sixth Avenue Northeast. Penn had used the handgun to apprehend a shoplifter, according to an affidavit by Penn.

Penn said in the affidavit, signed May 27 and attached to a notice of intent to sue filed by his lawyer, Carl Cole, that the officer fractured his jaw and caused “severe bruising, tooth loss and other physical injury.”

Allen said an internal affairs investigation into the incident is ongoing, but should be completed soon. He said Rippen was placed on administrative duty June 8 after an excerpt of the store’s surveillance video was posted on social media June 7. The incident took place March 15 and Penn filed a citizen’s complaint with the Police Department soon after it happened.

Allen said Rippen was placed on desk duty after the video came out on social media both for his safety and for the safety of citizens. He said the incident was high enough profile that he worried both that someone might retaliate against Rippen, and that someone might push Rippen to act unprofessionally.

“You don’t want this officer to be enticed, or baited, to do something,” Allen said.

Allen said completion of the internal affairs investigation was delayed in part due to the COVID-19 pandemic.

“We hope to wrap that up as soon as we can,” he said. “The complaint went out about March 15. It took about 30 days to get all the stuff in from Penn’s videos, Penn’s signed statement and all. That took us to about April 15. The virus hit about that time and we shut down operations for about 30 days. That took us to around May 15. Then we had to come back in, open the investigation back up, and start interviewing every officer that was out there, which took about another 30 days.”

Allen said the complaint by Penn is the only citizen’s complaint that has been filed against Rippen since the officer has been at the department.

According to his personnel file, obtained by The Decatur Daily through a public records request, Rippen was hired May 23, 2016. He ended his probationary period and became a permanent employee in January 2017.

Rippen was approved by Allen for an annual merit wage increase April 16, a month after the incident at Star Beverages. Mayor Tab Bowling signed off on the raise April 22, and Rippen's hourly wage increased from $20.28 to $20.79, or $43,240 annually, on May 18.

Rippen graduated from Austin High and the University of Alabama, according to his application seeking employment with the Decatur Police Department, and began work as a police officer in 2015 with the Tuscaloosa Police Department.

Also today, Cole released a 17-minute Star Beverages surveillance video which begins before the March 15 incident and ends after it.

“We provided this for the sake of full transparency, and ask the city to do the same by providing all of the body cam footage, unedited,” Cole said in a statement.

A portion of a Star Spirits surveillance video was released on social media June 7, prompting Allen to hold a June 8 press conference in which a short, edited version of footage from one officer’s body cam was shown.

The two videos give a general picture of the altercation between Penn and police that took place about 8:45 p.m. March 15.

The expanded surveillance video released today has no audio, but shows Penn holding a gun as he rushes out of the video frame, to an area near the store’s door. Cole said Penn had a permit for the handgun and he was using it to stop a shoplifter.

The surveillance video shows Penn going behind the counter as police arrive. According to Cole, he was unlocking the remote magnet-locked doors to allow police to enter. It then shows Penn, with what appears to be the handgun pointed down in his right hand, waving for the officers to enter with his left.

The portion of body cam video displayed by Allen has audio and shows a man, the alleged shoplifter, with his hands raised and standing just inside the door. The man lies flat on the floor and places his hands over his head in response to instructions from police as they enter the store with guns drawn. Allen said at the June 8 press conference that Morgan County 911 reported the incident as a robbery, not a shoplifting attempt, so officers were wary as they entered.

In the surveillance video, Penn appears to be removing the magazine from his handgun after three police officers enter the store. Although the video does not make clear what he does with the gun at that point, it becomes apparent later when an officer removes the gun from the counter that Penn had placed it there.

At the June 8 press conference, Allen said Penn was reloading the magazine immediately before being punched.

The body cam shows an argument between police and Penn as he is near the counter where his gun had been placed. The audio played at the press conference is somewhat garbled, but according to subtitles placed on it by the Police Department, an officer tells Penn to put his gun down and he responds he has a right to have a gun. Allen said that gave Rippen the impression that Penn was carrying a gun.

While the verbal altercation is taking place, the body cam video appears to show Penn’s left hand near the counter where the gun is, although he has his back to the gun. The surveillance video released today shows Penn turning toward police while holding something, apparently the removed gun clip, in his left hand. His right hand is clearly empty. As one officer appears to be holstering his gun, Rippen punches Penn in the left jaw.

"I would much rather have a punch than an officer-involved shooting," Allen said at the press conference.

Rippen and the two other officers then wrestle Penn to the floor and Rippen handcuffs him. About a minute later, as Penn remains on the ground, Rippen picks up Penn's handgun from the counter, checks to see that it’s not loaded, and puts it in his pocket.

"It was a mistaken identity," Allen said at the press conference. "They didn't know who the owner was versus the suspect."

Penn was charged that day with misdemeanor obstructing government operations. A complaint sworn out by Rippen said Penn “refused to obey lawful commands to put down and back away from a firearm while officers were attempting to investigate a robbery.”

The trial, previously scheduled for June 10, was postponed due to the coronavirus pandemic.

In the May 27 affidavit giving notice of his intent to sue, Penn said that upon arrival of the police officers, “I unlocked the door, unloaded my weapon, and placed it on the counter. … I identified myself as the owner of the business and that I had called the police about the robber. Within a matter of seconds upon the police entering my store, I was physically assaulted by one of the officers who punched me in my face and took me to the ground.”

i guess this is what we are paying the morgan county emergency management communication district to do. Read the Decatur Daily on the tax payers dime.

No fed up, I am not at work nor do I work there full time. As I stated, I accidentally signed in with wrong account. You, I see, have nothing positive to add to the conversation so I will assume, as you did, that you have nothing better to do than complain. On what I posted, which was not offensive, I speak from experience. I retired from the profession and know what I speak. Can you say the same? Ever worn a badge? Ever had to make a split second life and death decision? Ever done anything where you are in the public eye, in almost constant hostile scrutiny and have to perform the job of social worker, guidance counselor, mediator and yes sometimes law enforcement officer? I think not. So, I eagerly await your, I'm sure wonderful response.

My previous post should have been under the name of JToddo. I logged in under the wrong name. My mistake.

Unacceptable. Why was this officer not fired? If I or anyone else punched someone in the face, guess what would happen?? Time to start holding these 'peace officers' to a higher standard!

They are already held to a higher standard. You try getting cursed, spit on, have your heritage questioned and called racial slurs and not respond back. Show up at a scene and have to make a split second decision while lawyers and people like you have hours, days, months and years to come to a conclusion. Be second guessed on everything you do even though you do the best you can. It is a thankless job and yes, mistakes are made but I can assure you the decision is not based on race. J.T. if you think that you could do a better job I beg you to go and apply at the police department, I am sure they are hiring.

Maybe if the alleged victim had not been reaching for a loaded gun none of this would have happened.