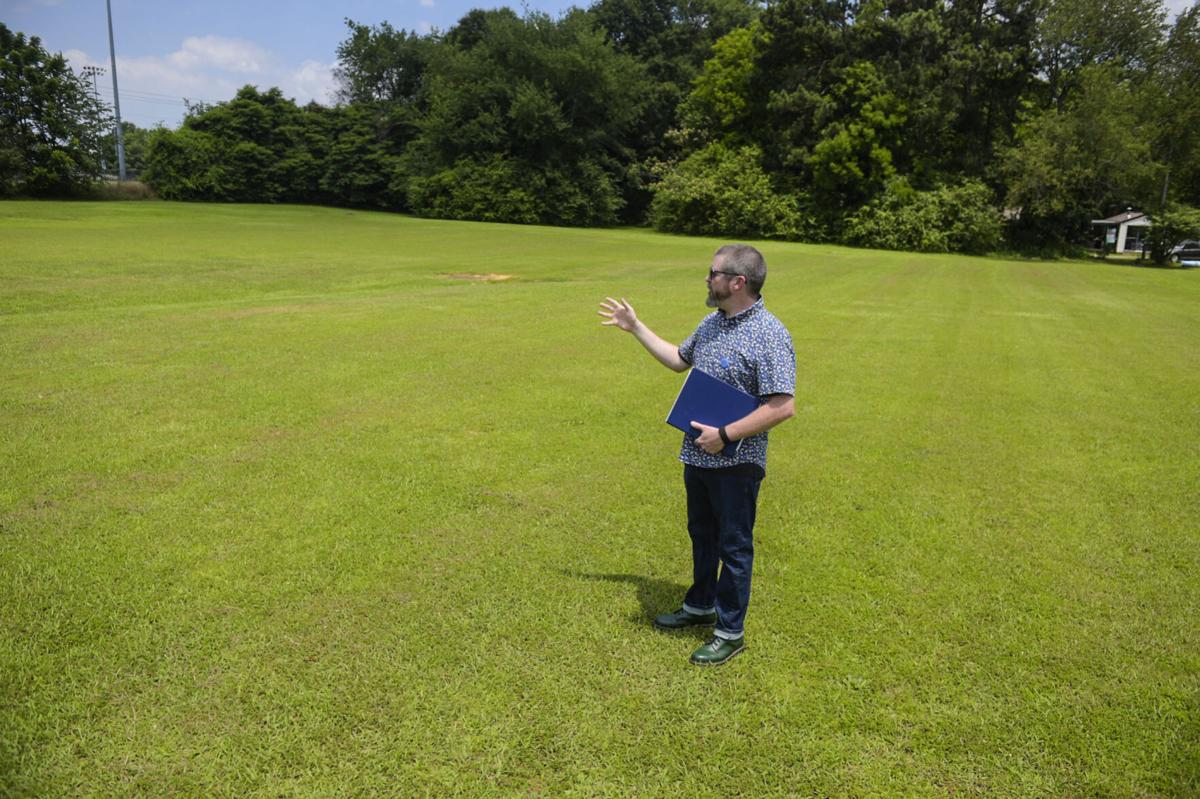 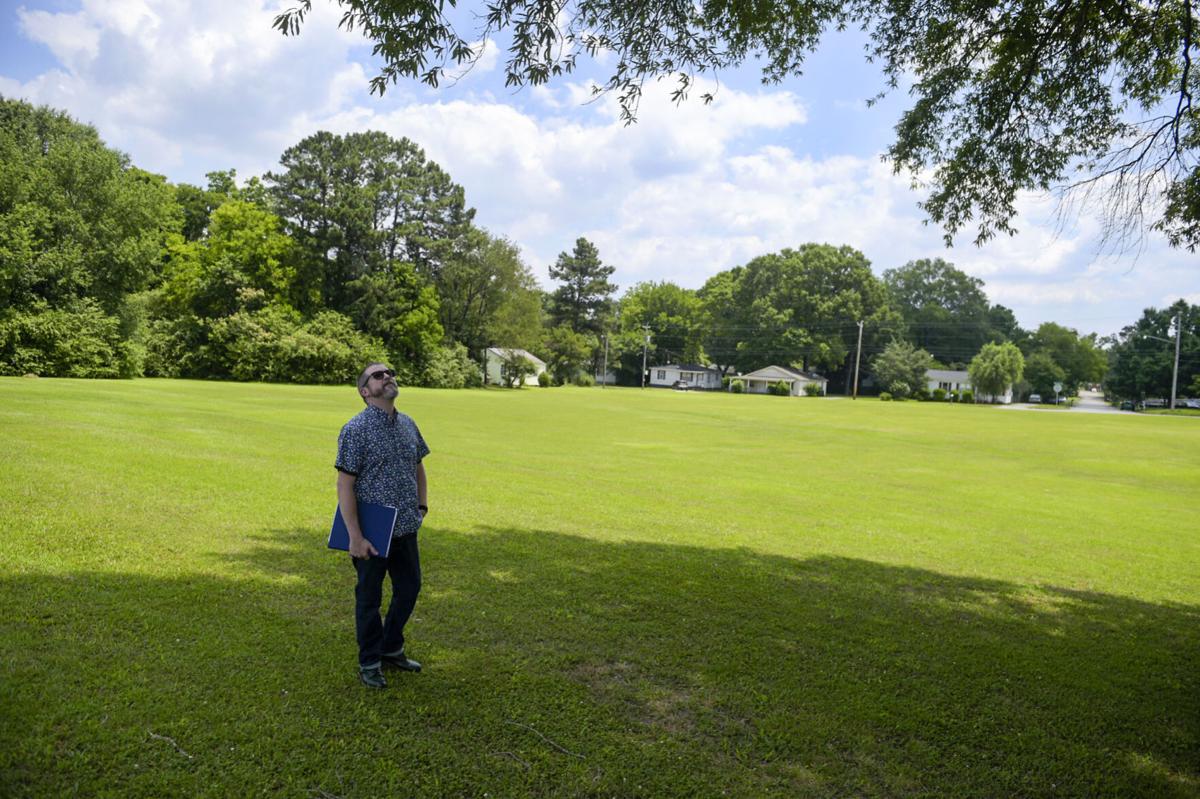 Jeff Sharp shows where a stage would go at a planned all-inclusive playground in Southeast Decatur. The location would give the stage shade from a big tree. [JERONIMO NISA/DECATUR DAILY] 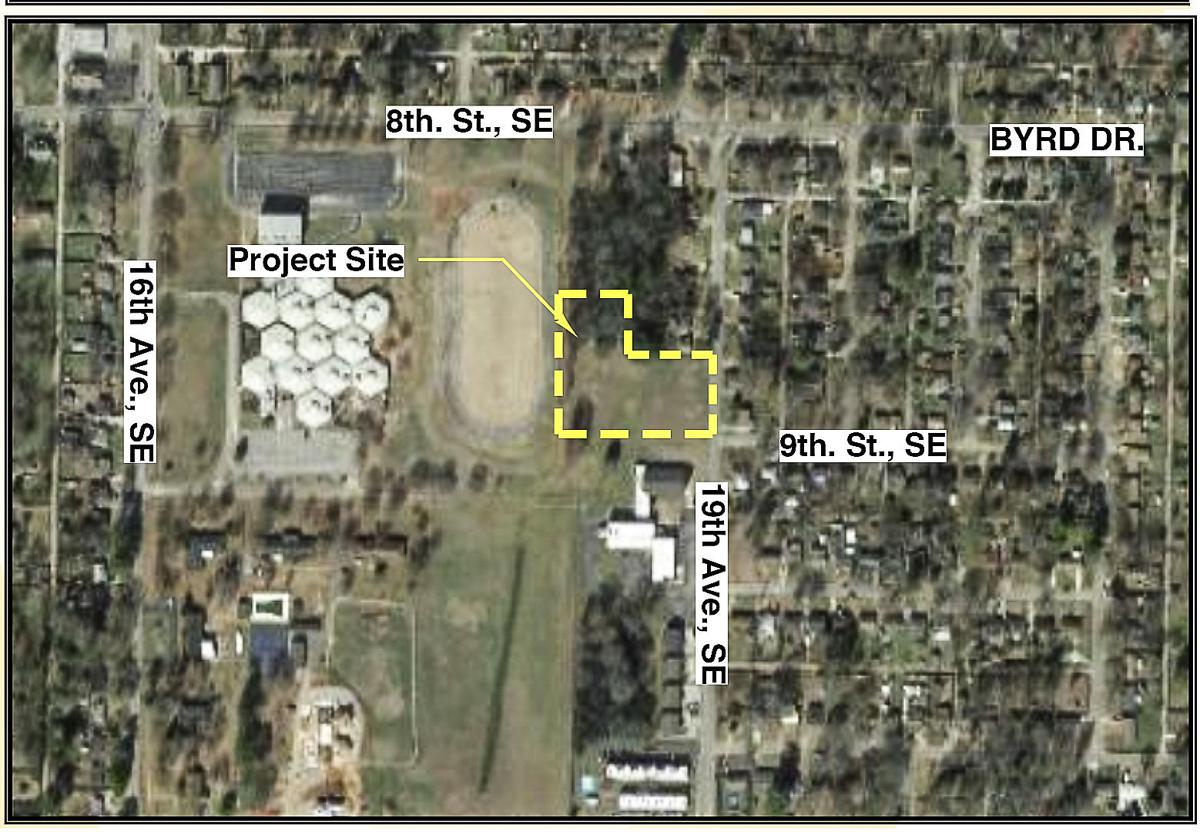 Jeff Sharp shows where a stage would go at a planned all-inclusive playground in Southeast Decatur. The location would give the stage shade from a big tree. [JERONIMO NISA/DECATUR DAILY]

Decatur’s special needs children could soon have an all-inclusive playground to enjoy following GraceLife Church’s decision to contribute property for it to the city.

The church's leadership recently voted to donate 30,000 square feet of its property on 19th Avenue Southeast for an all-inclusive playground.

Community Development Supervisor Allen Stover told the City Council earlier this week that the church will have to get the property officially subdivided through the Planning Commission, and then the council would have to vote to accept the contribution.

“The playground would be in a great place right next to Oak Park Elementary School, where all of the city’s special needs children go to school,” Stover said.

Hartselle and Moulton have playgrounds with equipment that is accessible for children with special needs. Hartselle’s $1 million all-inclusive playground opened in 2016 at Sparkman Park. It was dedicated to former Alabama football coach Gene Stallings’ late son, John Mark.

The Moulton Inclusive Playground opened in November 2016 at Moulton Mini Park. The first phase cost $114,000, and a second phase was added a year later for roughly $40,000.

Joyce Jeffreys, town councilwoman and president of the Lawrence County Association of Retarded Citizens, said the park was built with alcohol tax revenues and private contributions.

Stover said John Underwood, of Schoel-Markland Architecture, estimated the Decatur project would cost about $825,000. He said the city could use some of its federal Community Development Block Grant funding as seed money.

“It's not in our CDBG plan for this year, but I think there’s enough to get the project started,” Stover said.

He also said the city could apply for a Land and Water Conservation grant through the Alabama Department of Economic and Community Affairs, which would require a 50% match.

Stover said sidewalks from the school to the new park would also be widened and improved.

The special needs park is an idea of GraceLife member Jeff Sharp, a friend of Decatur Parks and Recreation Director Jason Lake.

Lake said they became friends because their daughters were born about the same time and both girls had physical problems that required multiple trips to Children’s Hospital of Alabama at UAB. Sharp’s 14-year-old daughter, Amelie, has a rare brain disorder and cerebral palsy. Lake’s daughter had kidney problems, but has recovered well.

“We really got to know each other during those trips,” Lake said. “Jeff and his family are so good in dealing with these children that have special needs. He’s really the one who has moved this project along.”

Lake told the board at the time that the city needs such a park — with a “Field of Dreams” ballfield, a playground and a field for special needs-designed games — to complement its successful special needs program.

“We have parks that are accessible for special needs children, but we’ve never had one just for them,” Lake told the board.

After one of his many discussions with Lake and the search for a location, Sharp said he “ran the idea (of donating the land) by the church leadership recently and they loved it.”

Established in 1964 as Oak Park Baptist Church, the church recently changed its name to GraceLife and became a non-denominational church. While the church is donating the land, Sharp said the park will not be affiliated with the church.

Sharp organized his own non-profit group, Everyday Sunshine, after his daughter’s birth to help special needs children. He said it will raise money for the new park.

One playground for all

Sharp said Underwood’s plan is an all-inclusive playground that special needs children and kids without physical or mental issues can enjoy.

The plan shows a splash pad, a merry-go-round, swings for people with different mobility issues and a sensory garden with different smells, textures to touch, sights and sounds.

He said he spoke with several groups of parents with special needs children and one request is a secluded spot where autistic children can get away from the noise often created by children having fun in the park.

“Often children with autism try to run, and a request of the parents was the park have a fence around it,” Sharp said. “A fence makes it so the parents don’t have to worry about their children running away and into a busy street.”

With the CDBG funding and Everyday Sunshine’s possible contributions, Stover told the City Council that he doesn’t expect the project to cost the city more than $450,000 if it is awarded the state grant.

Councilman Billy Jackson’s wife, Teddy Jackson, is Oak Park’s principal. He said the park “is way overdue” and in a great location.

“The plan is awesome,” Jackson said. “There’s a real need for this in the city.”

“The plan is awesome. There’s a real need for this in the city.” — Council member Billy Jackson