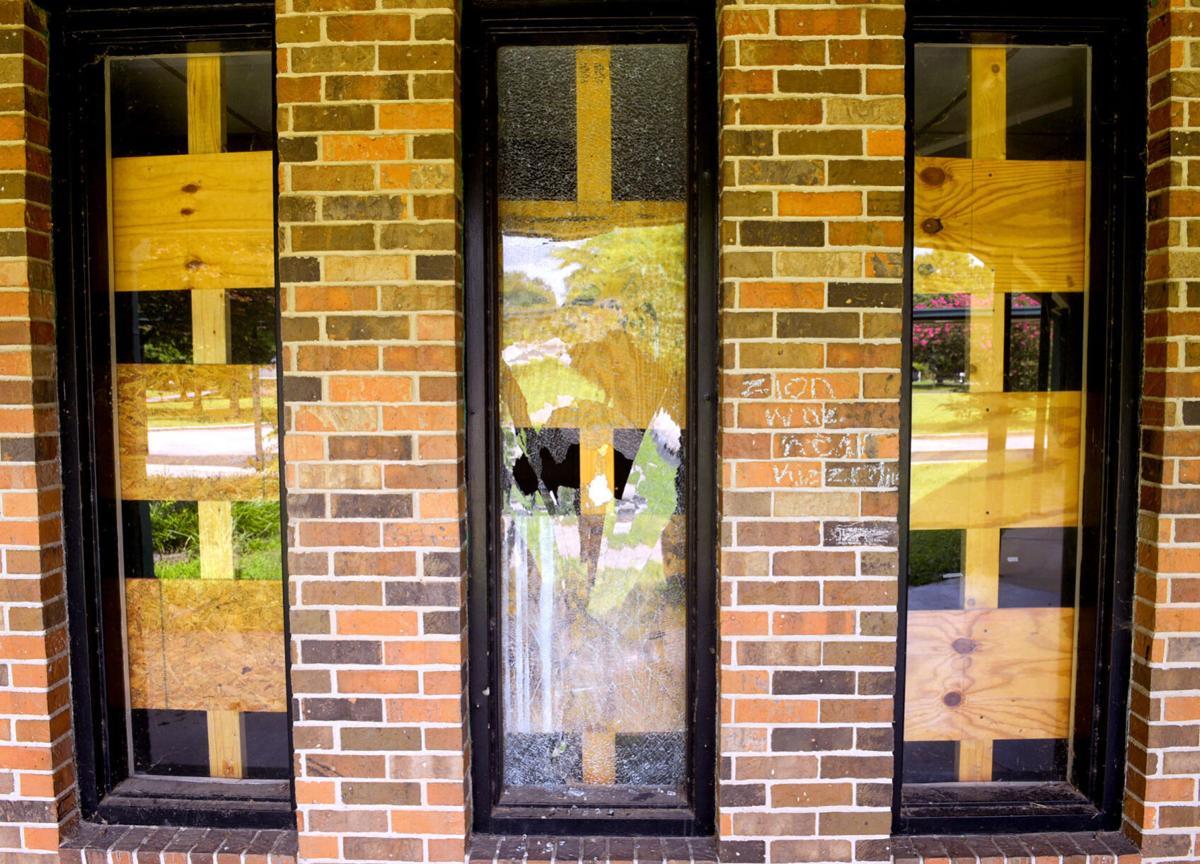 A spokesperson from 3M said broken windows at the old Brookhaven Middle School building it owns were likely the result of vandalism. [JOHN GODBEY/DECATUR DAILY] 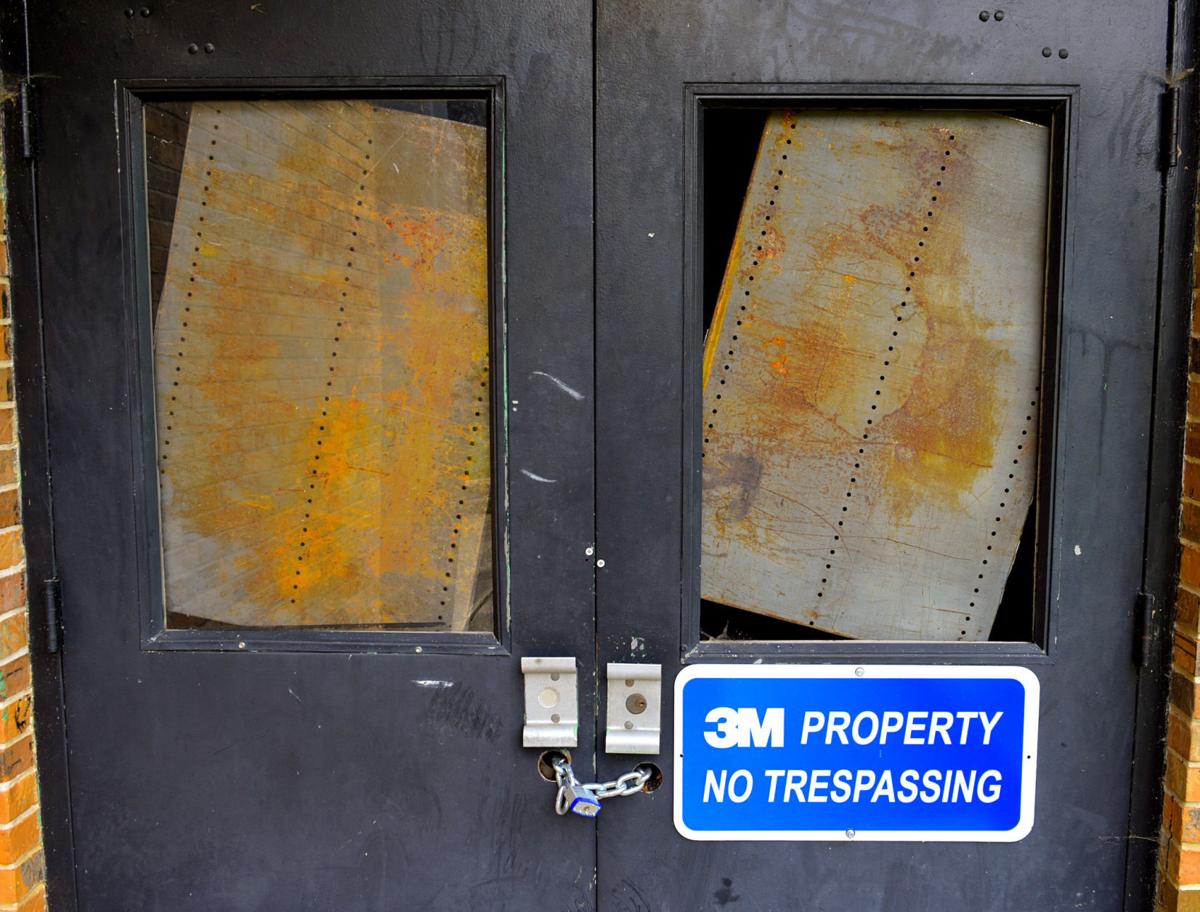 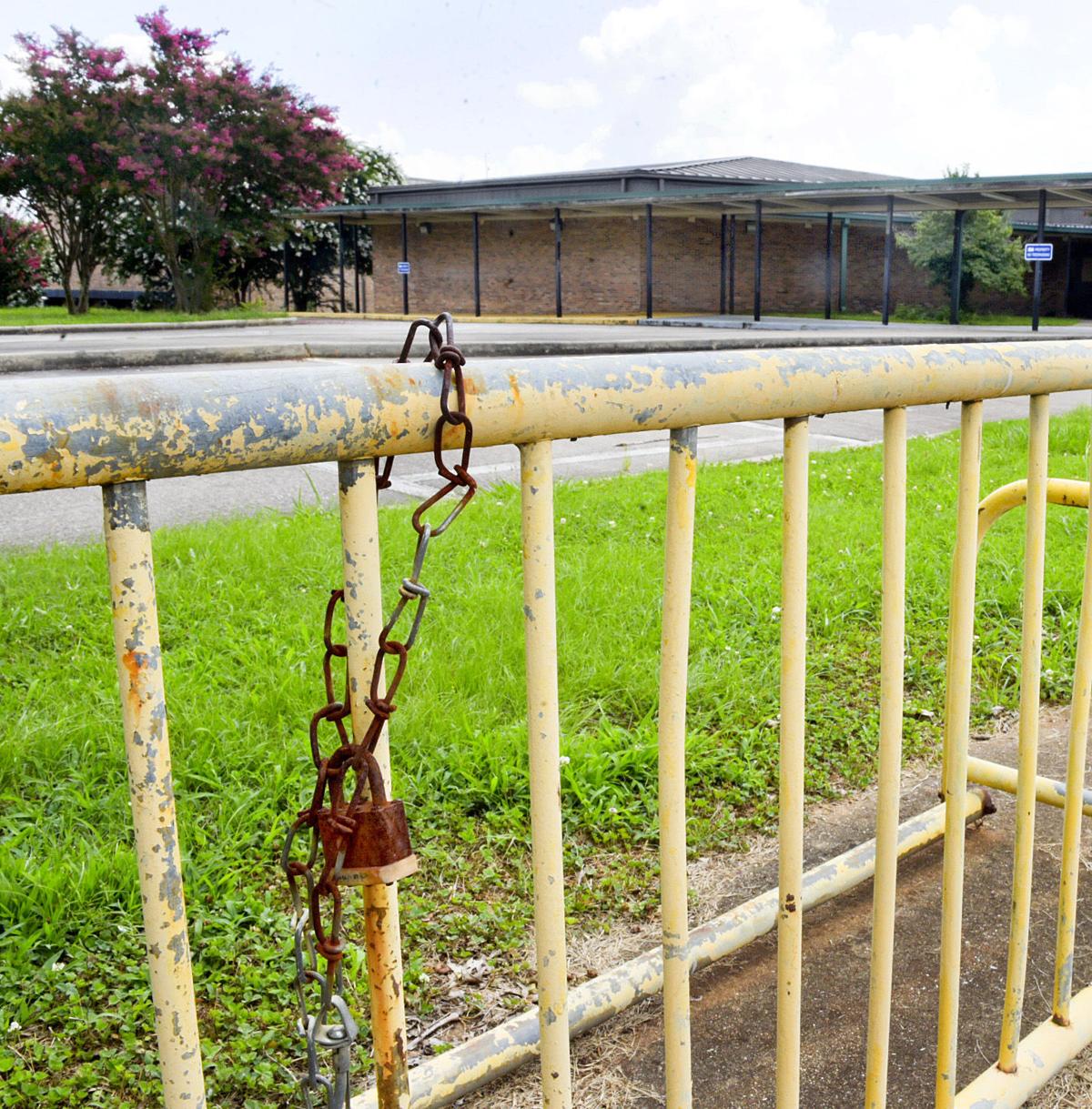 Former Brookhaven Middle School student Pat Underwood said he'd like for items like bicycle racks to be reused in other parts of the city. [JOHN GODBEY/DECATUR DAILY]

A spokesperson from 3M said broken windows at the old Brookhaven Middle School building it owns were likely the result of vandalism. [JOHN GODBEY/DECATUR DAILY]

Former Brookhaven Middle School student Pat Underwood said he'd like for items like bicycle racks to be reused in other parts of the city. [JOHN GODBEY/DECATUR DAILY]

The city of Decatur notified 3M officials last week that the vacant Brookhaven Middle School building it owns has multiple broken windows, and a city beautification advocate said the damaged structure creates a negative perception in the neighborhood.

Mayor Tab Bowling said Friday morning that the city “is addressing the problem with the people in the ownership who represent 3M. We do expect corrective actions there.”

A company spokesman said the broken windows were likely the result of vandalism.

3M took over the old school building on Fifth Avenue Southwest in May 2020 in a $1.25 million legal settlement with Decatur City Schools over hazardous chemical contamination.

Sean Lynch, a 3M spokesperson, wrote in an email to The Daily that company officials are aware of the problem.

“The building has been unused for some time, and has been vandalized on several occasions,” Lynch wrote. “We have talked about these matters with the local police, and taken action to secure the site to help deter future occurrences.”

Pat Underwood, a local resident who often focuses on removing litter and improving the city’s appearance, said he notified the city’s Community Development Department early last week about the issues at the old school building.

“We don’t want broken windows at that school on the theory that a deteriorating building with broken windows brings a decline to the neighborhood. 3M has not been a good steward of what is now their property,” said Underwood. He is a member of the nonprofit Tennessee Riverkeeper that filed a federal lawsuit against 3M, currently in the midst of court-ordered mediation, over chemical contamination cleanup and prevention.

The school was built above a closed landfill used years ago to dispose of chemicals then used in 3M's manufacture of various non-stick and stain-resistant products. 3M is involved in a number of lawsuits over these chemicals, including multiple legal actions that include the city of Decatur and Decatur Utilities.

Evaluations of the site found the chemicals, several of which studies have been shown to be toxic, in surface water at the site.

3M settled claims asserted by Decatur City Schools by buying the 15-acre Brookhaven Middle property. The company said in a recent filing with state regulators that it plans to demolish the school building.

Underwood attended school at Brookhaven and said he would like to save items such as the Brookhaven football field sign and school bicycle racks to memorialize the school or for use elsewhere.

“I played on the first Brookhaven Middle School football team and it was a big deal for us when they started middle school football in the city,” Underwood said.

Lynch said in his email, “We continue to work with the city of Decatur to determine an appropriate use for the Brookhaven site and facility. We plan to seek ideas from the community for potential uses of the site to help make Brookhaven an asset for future generations in Decatur.”

Most of the property around the Brookhaven school is now fenced with 3M “no trespassing” signs.

3M also is also investigating other historical disposal sites in Morgan and Lawrence counties that may hold 3M waste, including Deer Springs landfill in Flint, a landfill at Old Moulton Road/Mud Tavern, and a dump site on Lawrence County 222, the company said.

The city owned Aquadome Recreation Center and its baseball and softball fields also sit above the old landfill. Bowling said he could not talk about these facilities since they are involved in the 3M lawsuits.