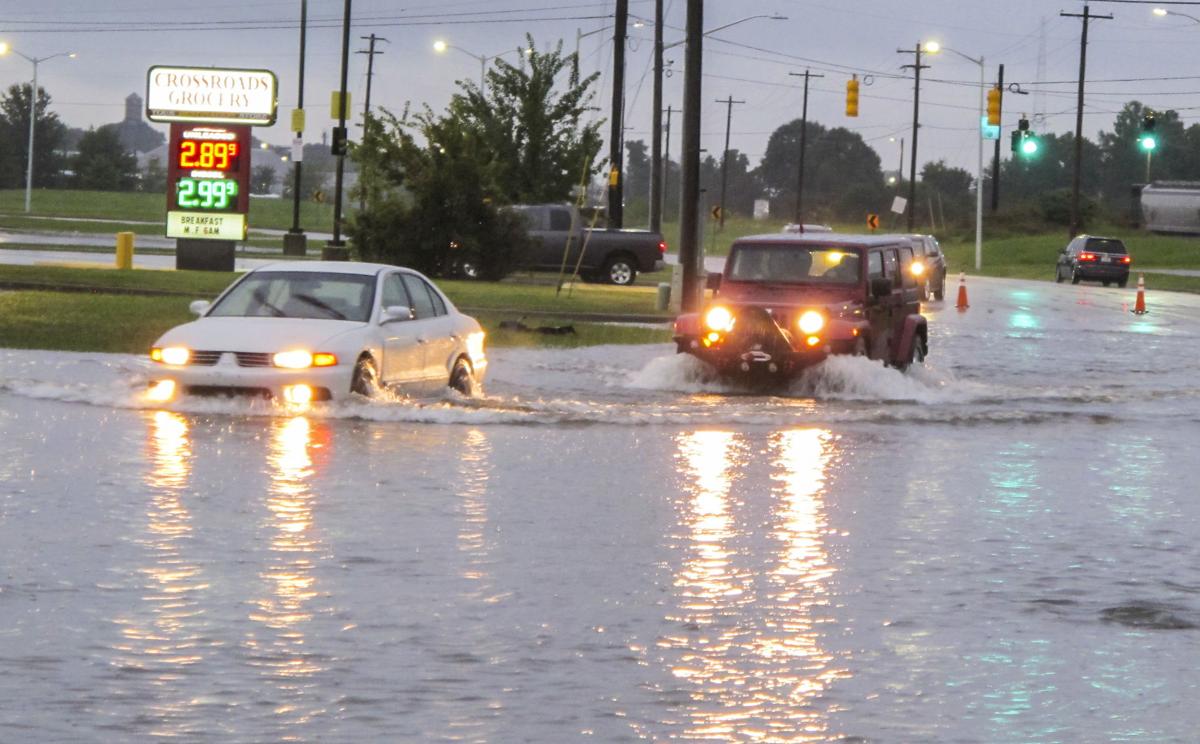 Vehicles drive past cones and across a submerged portion of Central Parkway at Eighth Street Southwest after heavy rains on Sept. 18. Several areas of the city experienced temporary high water that weekend. 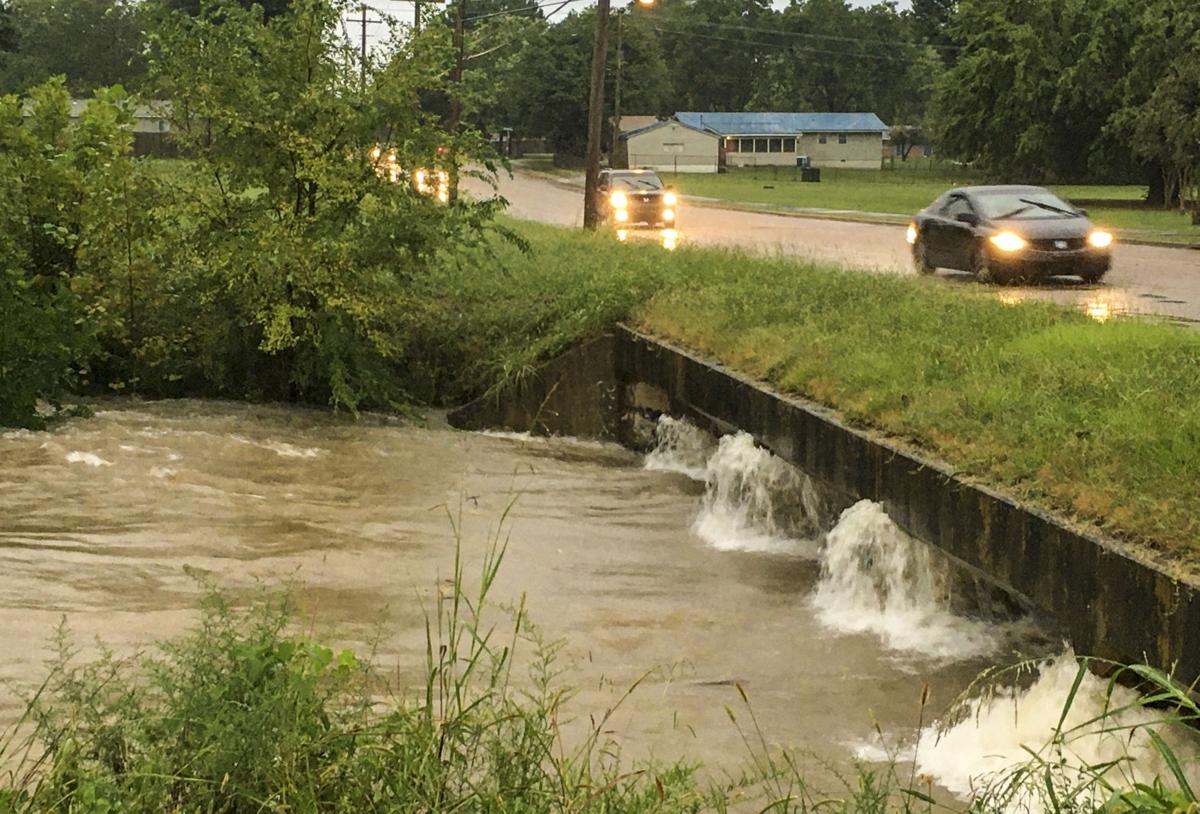 Vehicles drive past cones and across a submerged portion of Central Parkway at Eighth Street Southwest after heavy rains on Sept. 18. Several areas of the city experienced temporary high water that weekend.

Flooding has been a major issue this year in Decatur, but there’s little money in the new fiscal 2022 budget allocated to addressing the high-water problem.

With a 4-1 vote at Monday’s called meeting, the City Council approved a $71.91 million budget for the new fiscal year that starts Friday and runs through Sept. 30, 2022.

The new budget is an increase from the $65.1 million fiscal 2021 budget, but still less than the $73.6 million in revenue Chief Financial Officer Kyle Demeester expects the city will collect by the close of this fiscal year.

The budget also includes the monthly debt service on a planned $20 million bond issue that would pay for the $8 million Sixth Avenue streetscape project and a portion of a $6 million parking deck for downtown.

Sweetbriar Road Southwest resident David Fyda wanted to know Monday what the city’s plans are to address his flooding problem. He’s been fighting the problem since he moved in last year.

“I’ve had water up into my detached garage three times,” Fyda said.

Mayor Tab Bowling said addressing drain issues “is pretty expensive” so the city can only afford to do so much at one time.

Council President Jacob Ladner and Councilman Kyle Pike suggested funding for drain issues might come from the unassigned fund balance at mid-year review. They said they would like for City Engineer Carl Prewitt to come up with a plan and estimated costs for addressing the city’s many flooding issues.

Fyda said he just wants to know that someone from the city is working on addressing his problem. He asked Ladner to email him as progress is made on his issue.

Flooding problems have been more prevalent this year and were especially noticeable Sept. 18 and 19 when the National Weather Service said the Tennessee Valley received up to 8 inches of rain.

Prewitt said he rode around the city looking for drainage problems that weekend. He said Southwest Decatur appeared to receive more rain than in other parts of the city.

Beltline Road Southwest had a major water problem in which several vehicles got caught up in the flooding near Glenn Street and Longview Drive. Prewitt said he doesn’t know what caused flooding in that area.

“There was just more than our system could handle,” Prewitt said.

He also said that the Beltline is a state road so the Alabama Department of Transportation would need to address rights-of-way issues for the Beltline.

Prewitt said most of the flooding comes from inlets, ditches or drainage pipes that are blocked with overgrown weeds, trash, dirt or some other natural blockage.

“We have a few where old infrastructure is a problem,” Prewitt said.

Pike said two residents of Harrison Street Southeast let him know that their street has a major issue.

“I know there are several places in District 2 with flooding problems,” Pike said.

Bowling said the city has already done the engineering and has a plan to deal with the flooding at Deerfoot-Princeton Place in Southwest Decatur. The initial estimate was $500,000, Ladner added.

Prewitt said his department is also working on a plan for Penny Lane Southeast.

The previous council hired Blake McAnally of Pugh Wright McAnally engineering services to do a flood study in Southeast Decatur.

Prewitt told the council in January 2020 that appraisals for obtaining easements on four properties off Brookmeade Drive Southeast pushed the estimated cost to between $700,000 and $750,000. That was $500,000 over budget, he said at the time.

On Tuesday, Prewitt said the previous City Council decided not to move forward with the Brookmeade project.

Prewitt said the problem at Sweetbrier Road where Lyda lives is the aging pipe wasn’t big enough to handle a major rain event but it’s large enough for the usual rain events.

Councilman Billy Jackson said the flooding problems “should have been at the front of our minds” during discussion of the Sept. 18 weekend at the Sept. 20 work session when the council did a reviewed to the proposed budget.

However, the 44-minute budget review was too short, so addressing the flood problems were left out, Jackson said.

“The council says they trust the mayor and CFO, but it’s our responsibility to make sure we know what’s in the budget, and flooding would have come out in a discussion (of the budget),” Jackson said.

Jackson, who said he pulled five vehicles out of flood waters on Second Street Northwest on Sept. 18 with his tractor, said addressing the city’s flood problem should be a top priority especially since heavy rains are becoming more regular.

“We’ve got streets flooding all over the entire city,” Jackson said. “What people are saying is a 100-year rain is becoming more and more prevalent.”

Ladner said the council “can’t make a decision based on one flooding event.” He also said the budget was available to the council members for several weeks.

Southeast flooding could be diminished tremendously if the city would simply clean out the ditch and drain pipes in the woods behind Point Mallard water slides. There are 3 huge pipes that are blocked preventing water flow. It backs up quickly then flooding begins immediately.

The problem that I see hear is not money but the pet projects of the mayor and city council. It's not ok for them to spend money on a parking deck and streetscape project that they think is necessary. We need to address and fix our problems before we start spending money on projects that will not affect many of us. The flooding issue should have been the first thing addressed. You can try to make the city pretty all you want but if you don't address the main issues then you will not attract business or new residents. Wake up and listen to the constituents, you have flooding issues, streets have not been paved in decades but we can waste money on streetscape and a parking deck? I expect better from our local leaders, they are not good stewards of our money.