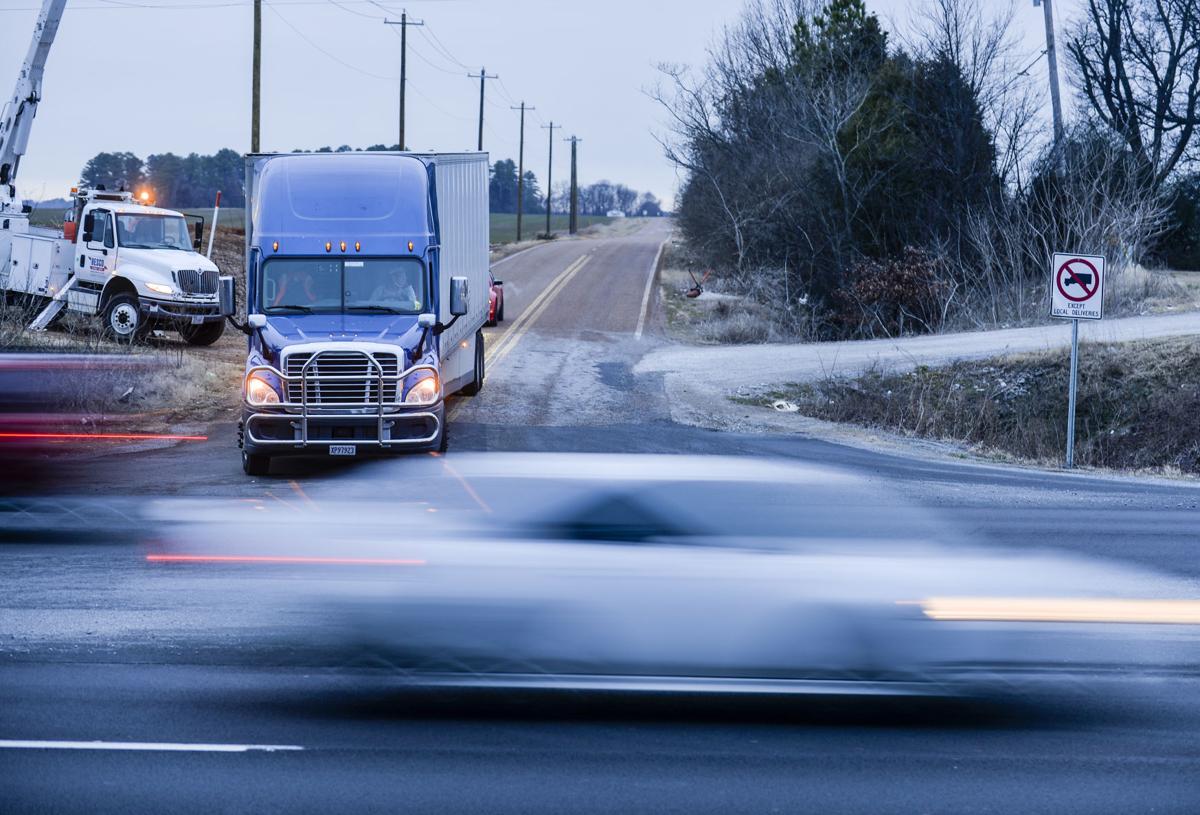 The driver of an 18-wheeler on Bibb Garrett Road waits to pull into the eastbound lanes of Alabama 20 as traffic speeds by at rush hour this week. In order to head east, the truck must first cross the two westbound lanes. [JERONIMO NISA/DECATUR DAILY] 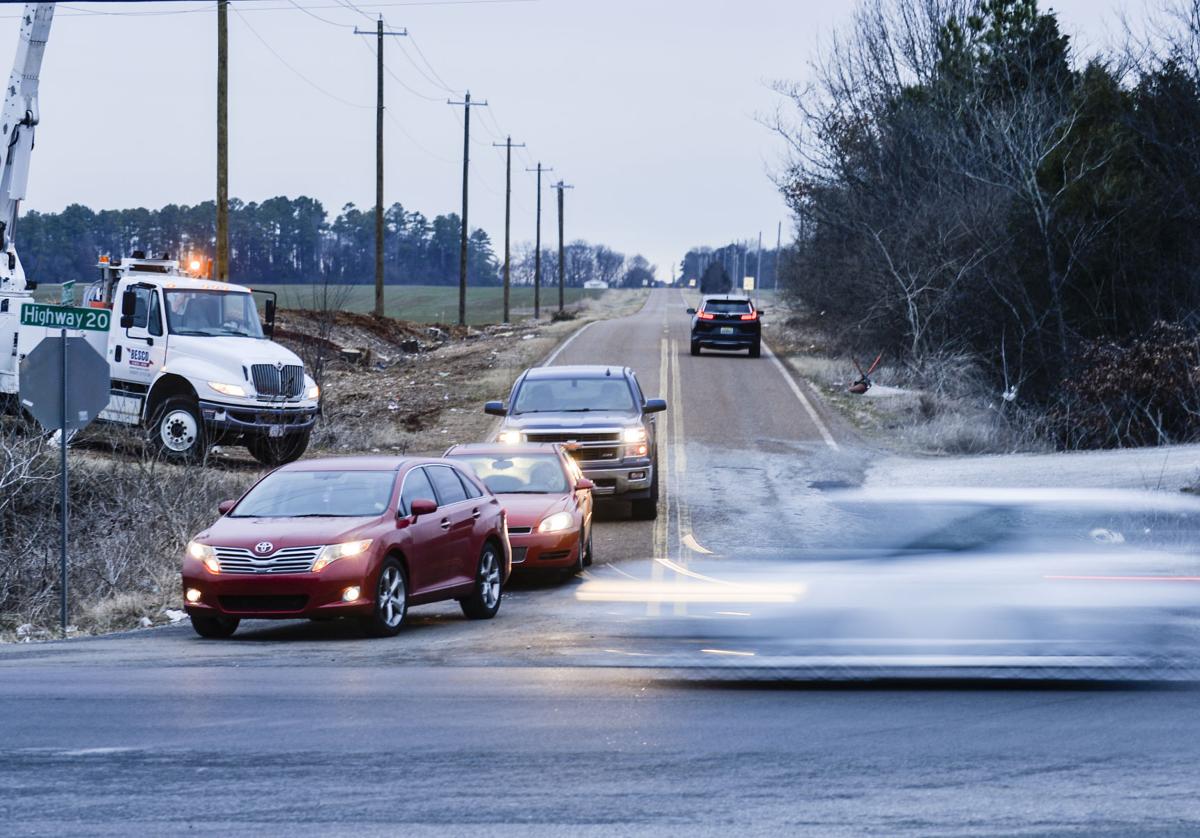 Drivers on Bibb Garrett Road wait to get onto Alabama 20 as traffic travels west at rush hour. [JERONIMO NISA/DECATUR DAILY]

The driver of an 18-wheeler on Bibb Garrett Road waits to pull into the eastbound lanes of Alabama 20 as traffic speeds by at rush hour this week. In order to head east, the truck must first cross the two westbound lanes. [JERONIMO NISA/DECATUR DAILY]

Drivers on Bibb Garrett Road wait to get onto Alabama 20 as traffic travels west at rush hour. [JERONIMO NISA/DECATUR DAILY]

Decatur Mayor Tab Bowling has asked the Alabama Department of Transportation to close the Bibb-Garrett Road entrance to Alabama 20 and the highway crossover connecting it to the eastbound lane of the highway.

Bowling said there have been a number of wrecks at this intersection and “too many large trucks are using” Bibb-Garrett Road despite a city ordinance that limits these trucks to state highways.

The mayor said the crossover also needs to be closed so people can’t make U-turns there. The state closed crossovers in front of the former RaceTrac gas station several years ago because of a high number of wrecks.

City Engineer Carl Prewitt said he last week conveyed to ALDOT the mayor's request to shut down the road and crossover immediately even though they are slated to be closed when construction on a planned overpass is scheduled to begin in March.

“It just takes time for something like this to occur,” Prewitt said.

ALDOT spokesman Seth Burkett said his department received the city’s proposal, reviewed it and provided comments on it.

Two major wrecks occurred at the site recently, including a fatality on Christmas Eve and a vehicle-motorcycle wreck in which the two motorcycle riders were hospitalized.

Black said speed is the main factor for the number of wrecks at Bibb-Garrett and Alabama 20. The speed limit on Alabama 20 is 60 mph.

“You’ve got vehicles going from a stop position to trying to cross the highway while the vehicles on the highway are racing through there,” Black said.

More than 36,000 vehicles per day traveled that section of Alabama 20 in 2019, the most recent data available from ALDOT.

The city has been preparing for the construction of a roughly $18.2 million overpass, funded primarily with a $14.2 federal grant at the location as a way to promote economic development.

This area is being targeted for the overpass because of its proximity to interstates 65 and 565. City officials believe the overpass could spur development in the city north of the Tennessee River.

However, the overpass plans are being challenged in Limestone County Circuit and U.S. District courts.

The owners of three properties wanted for rights of way are challenging the city in Circuit Court over the amount the city has offered to pay for the properties, and one is challenging the validity of using the state's eminent domain law to acquire it.

Limestone County Circuit Judge Chad Wise held a motion hearing in November on the lawsuits, but has not issued a ruling.

In addition to their Circuit Court case, the trustees of the Elizabeth Marie Garrett Trust are seeking to either block the overpass project or nullify the $14.2 million federal grant in federal court.