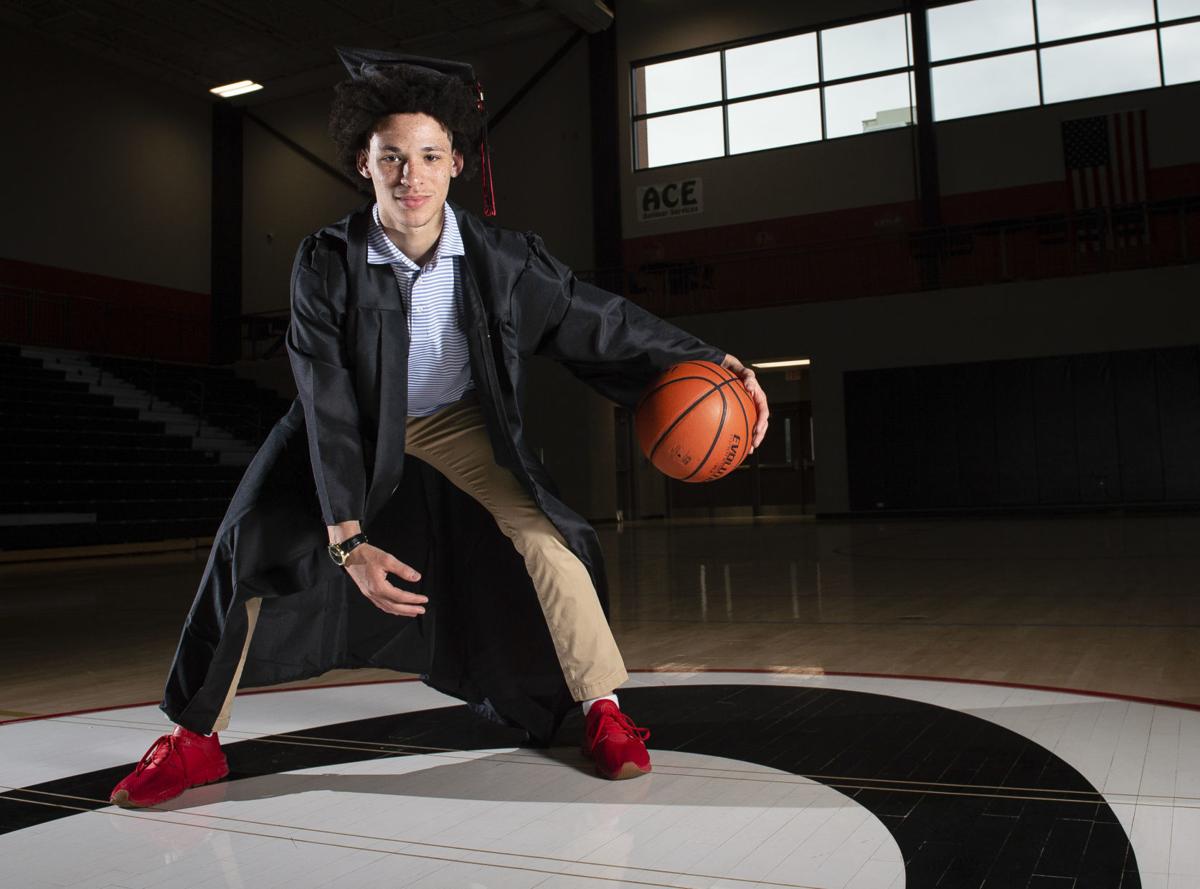 Mitchell Terry, a member of Decatur High’s 2020 graduating class, was motivated by hardships to succeed academically and on the school basketball team. [DAN BUSEY/DECATUR DAILY] 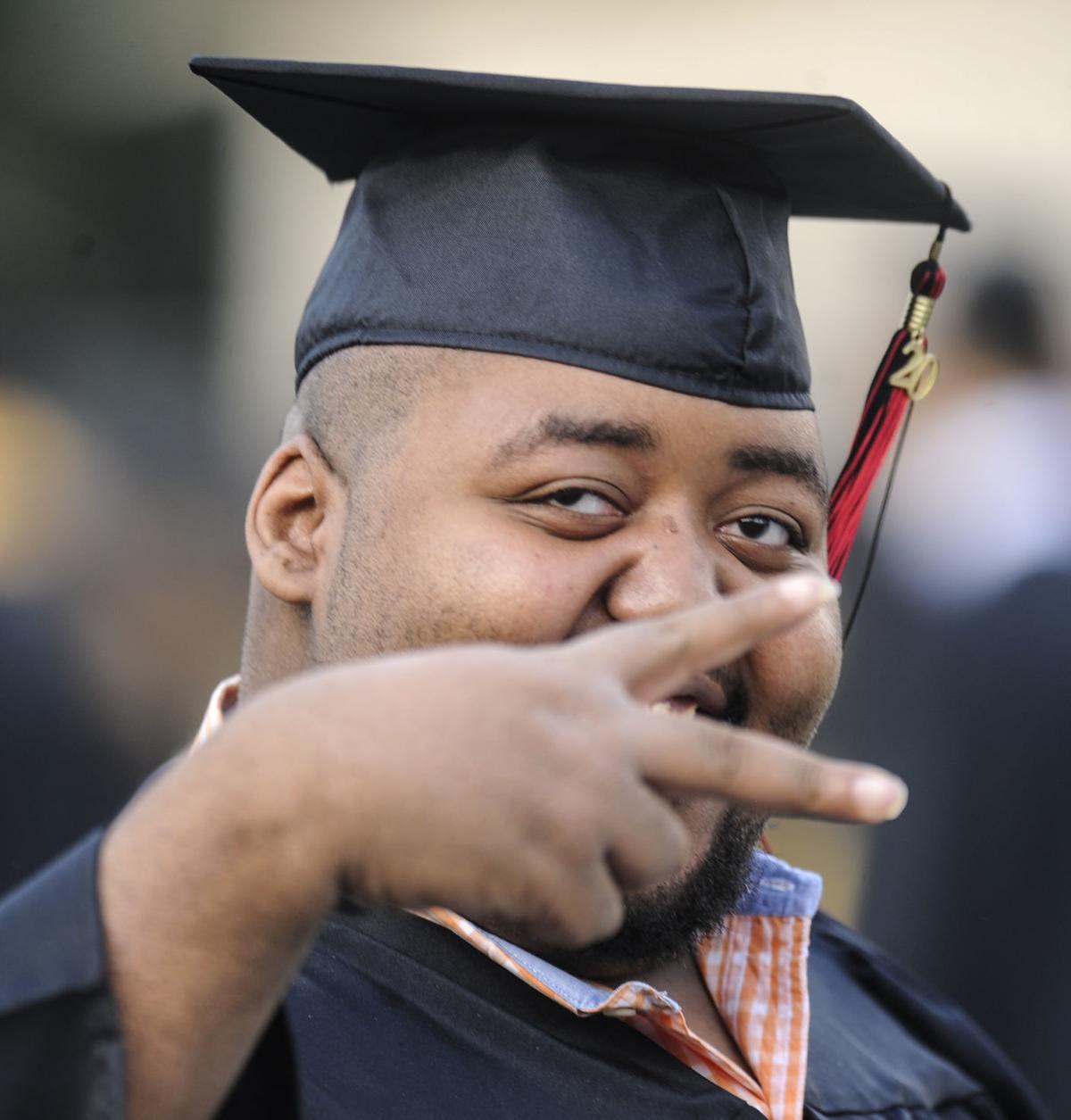 Mitchell Terry, a member of Decatur High’s 2020 graduating class, was motivated by hardships to succeed academically and on the school basketball team. [DAN BUSEY/DECATUR DAILY]

Decatur High senior Mitchell Terry faced obstacles — and there were a lot of them — on the way to becoming the first high school graduate in his family.

Mitchell became one of 210 members of his school's class of 2020 to graduate in a ceremony Friday at Ogle Stadium.

He was a two-year starter on the basketball team and finished with a 3.6 grade point average despite his family dealing with adversity. Both parents suffer from health problems that keep them from working. His oldest brother, Travious, is limited by debilitating injuries from when he was hit by a car in ninth grade while riding bicycles with Mitchell and a friend.

Travious quit high school after getting cut from the basketball team, which he admitted recently was a mistake.

“I didn’t understand the importance of an education,” said Travious, now 21.

He taught Mitchell how to play basketball, and pushed him and younger brother Timothy, 15, to not make the same mistakes.

But he didn’t have to stay on Mitchell, who said he’s motivated by his brother’s setbacks and a desire to overcome the financial hardships that he feels made him grow up more quickly than most teenagers.

“He should be the older brother,” Travious said.

His mom, Tonya Miland, said she wishes things hadn’t been so hard on her three boys. She said Mitchell knew that if he wanted something, he had to earn it.

Mitchell worked through high school at Burger King, arranging his job schedule around school and basketball.

“If he wants a cellphone, clothes or something else, he just sets out to earn it,” Miland said.

Mitchell's Red Raider basketball coach, Sam Brown, said he’s tried to help the Terrys in the past four years, and so have other people in the community. Most recently, interim Principal Ed Nichols helped get Mitchell a job at Riverside Design, a metal sign company.

“They’re very appreciative of any help,” Brown said of the Terry family.

Brown said it’s easy to help someone like Mitchell who works hard and will only ask for help if he can’t solve the problem.

“Mitchell has faced a lot of obstacles that would freak other people out,” Brown said. “But he never backs down from a challenge.”

Mitchell worked hard to succeed academically and become a standout basketball player who averaged close to 10 points a game as a senior. His personality made him one of the most popular students in school. He was elected Mr. Raider and named co-student of the year.

Like all seniors, Mitchell was cruising toward graduation when the coronavirus pandemic created another roadblock and wiped out the last two and half months of the school year.

Mitchell, a 5-foot-11 guard, hopes to get a college basketball scholarship in NCAA Division II or the NAIA, but the pandemic restrictions put coaches behind in recruiting, Brown said.

“There’s still time,” Brown said. “They’re behind and, with so many transfers today, they may not get their teams together until June, July or even August.”

Brown said whoever signs Mitchell will be happy.

Mitchell doesn’t look back at the hard times with any wishful thinking that things might have been better. He said he uses those experiences to motivate him to become a success.

“I’m thankful for what I’ve been through because it’s made me become very independent,” Mitchell said.

Have you delayed routine medical procedures due to concerns about COVID-19?