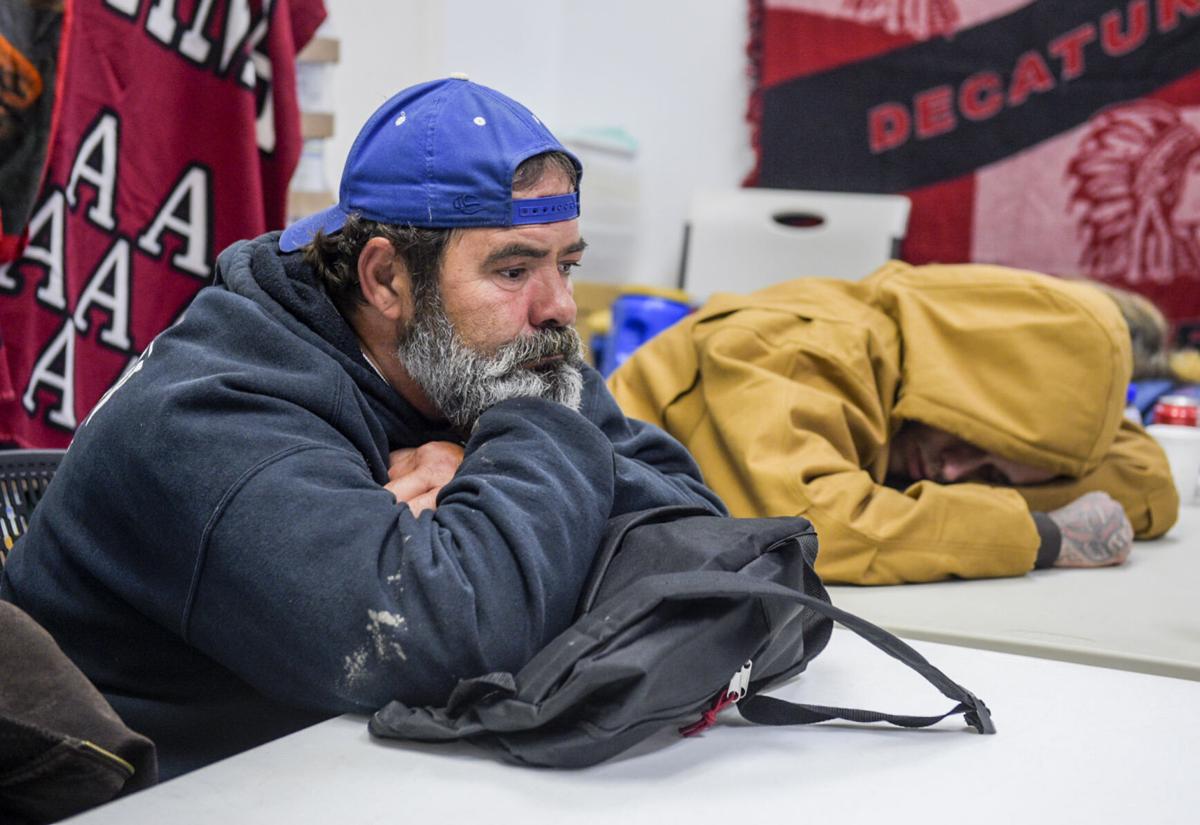 Zachary Mason, left, and other people rest in the warmth of the community room at Hands Across Decatur on Wednesday morning. According to director Sue Terrell, the organization now serves at least 80 people per week, up from 15-30 a year ago. [JERONIMO NISA/DECATUR DAILY] 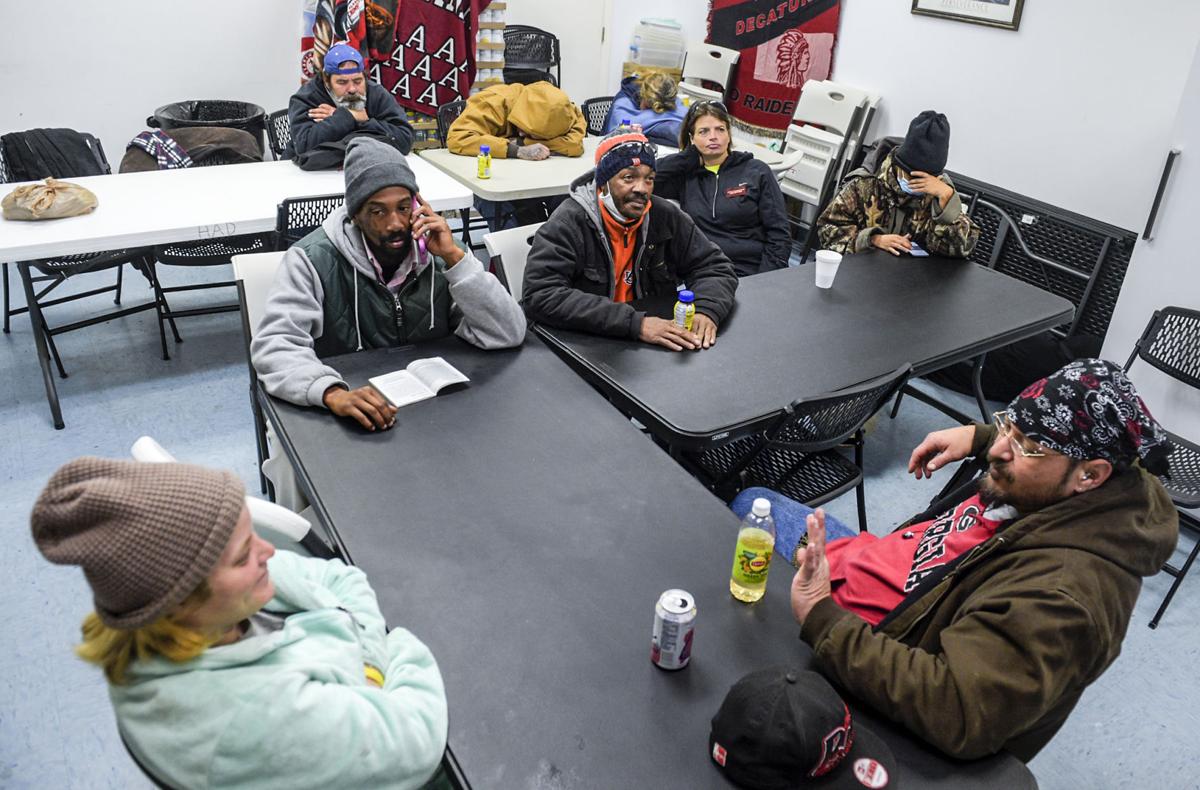 People rest in the community room at Hands Across Decatur on Wednesday. The pandemic has increased Decatur homelessness, especially among women. [JERONIMO NISA/DECATUR DAILY] 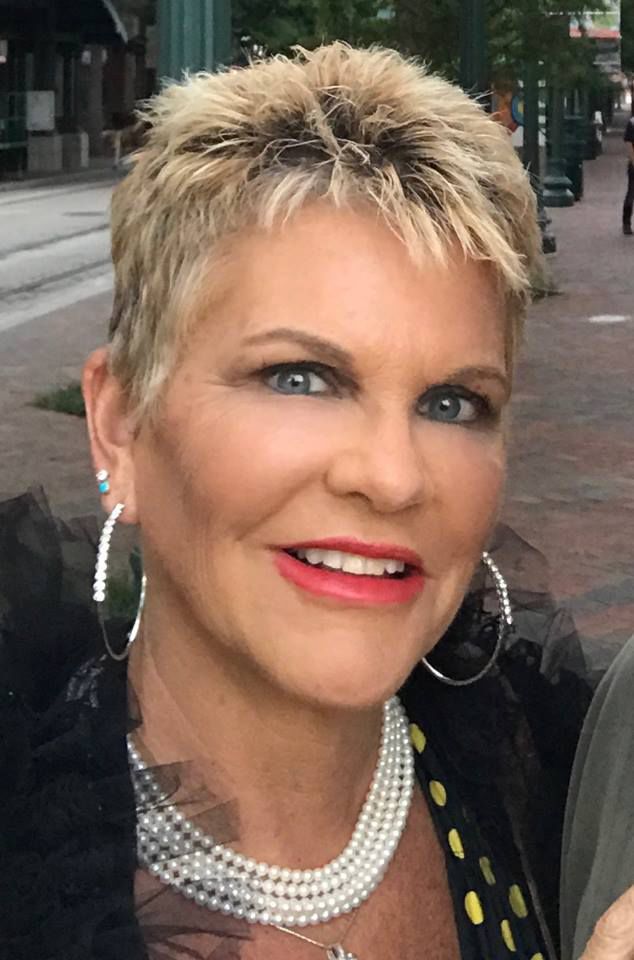 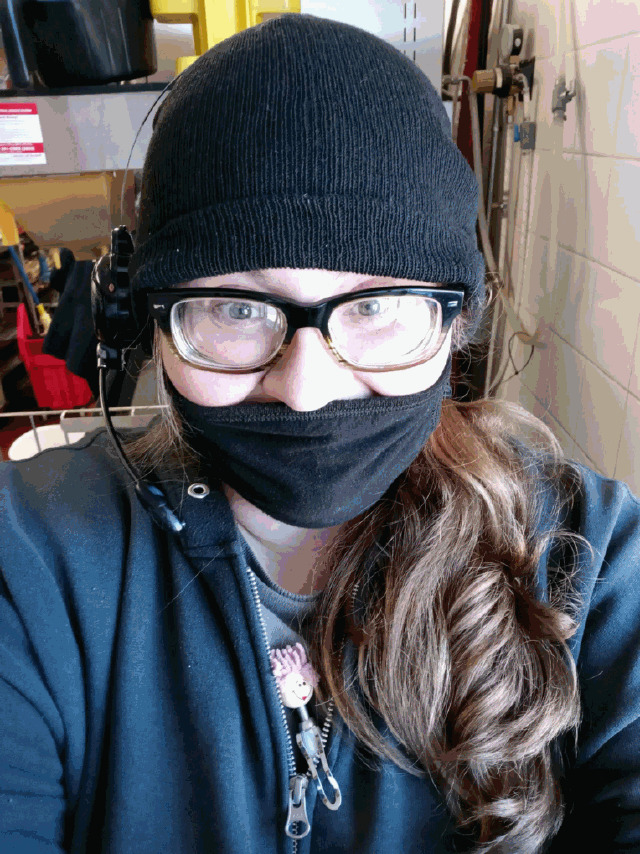 Zachary Mason, left, and other people rest in the warmth of the community room at Hands Across Decatur on Wednesday morning. According to director Sue Terrell, the organization now serves at least 80 people per week, up from 15-30 a year ago. [JERONIMO NISA/DECATUR DAILY]

People rest in the community room at Hands Across Decatur on Wednesday. The pandemic has increased Decatur homelessness, especially among women. [JERONIMO NISA/DECATUR DAILY]

Homelessness is on the rise in Decatur due to the pandemic, exacerbating the long-existing challenges faced by the homeless, a nonprofit leader said.

Sue Terrell, executive director of Hands Across Decatur which assists the homeless, said the organization served between 15 and 30 people weekly this time last year.

“Now, we’re doing 80 plus a week, and they’re all homeless. Every one of them,” Terrell said.

When the Salvation Army closed temporarily on Dec. 19 because workers had to quarantine after COVID-19 exposure, Terrell said about 16 people were left with nowhere to sleep.

“Where they’re staying I do not know,” Terrell said. “I don’t know where they’re eating. My phone’s been ringing off the hook. They can’t stay at our place because we’re not a shelter.”

"After reaching out to our community partners, we were able to hire and fill a vacant position. We also had a volunteer cover some shifts. All affected staff were cleared to return to work today," Watts said Wednesday.

Terrell said the pandemic led to a significant increase in the number of area homeless people. For many residents who were barely scraping by prior to COVID-19, the pandemic pushed them over the edge into homelessness, Terrell said.

Homelessness expert and University of Buffalo professor Elizabeth Bowen said the pandemic has been particularly dangerous for the homeless.

“It is difficult and in some cases impossible to follow guidelines such as social distancing and quarantining for people who don’t have stable housing and may be living on the street, in shelters or doubled up with friends or relatives,” Bowen said. “As housed people have sought safety and protection from the COVID-19 virus by staying in their homes as much as possible, unhoused people have not had that option.”

Terrell said the population of homeless women has also spiked in recent months, in part because of the number of women who work in food service, an industry which was impacted significantly by COVID-19 and restrictions on business operations.

In 2019, 47.4% of women in the Morgan County area worked in the service industry, according to a report from The Women’s Fund of Greater Birmingham.

“Our woman population as far as homeless right now is extremely high, more than I’ve ever seen it,” Terrell said.

In addition to an increase in women, Terrell said Hands Across Decatur is also serving more homeless people from out of town, as shelters in major cities fill up throughout the Southeast.

“It’s a lot more new faces, with a lot coming from Birmingham and Nashville, some from Atlanta. Nashville shelters are full, Birmingham is full,” Terrell said. “They’ve shared with us that shelters up there are dangerous as well.”

“The first place they come is our place, where you can go and not be judged, not be turned away, because we don’t ask for IDs,” Terrell said.

Hands Across Decatur provides job search assistance, help with medical care and expenses, assistance with social services, meals, and necessities like blankets and sleeping bags. Terrell said if someone has proof of a job interview or offer, Hands Across Decatur will pay for them to get a state-issued identification card.

While the pandemic has made many people homeless in recent months, Terrell said the challenges facing the homeless have existed in Decatur for years — and the cycle perpetuating homelessness can be tough to break.

“There are jobs available of course, everybody knows that, but without transportation, they’re left out in the cold — not just our homeless, anyone who doesn’t have transportation,” Terrell said.

For those without cars, job opportunities are reduced to businesses within walking distance. For many, the only options are restaurants on Sixth Avenue, Terrell said, adding that food service jobs often don’t pay enough for a homeless person to move into an apartment. She said she works with one homeless individual who has been unable to find housing even after working full time at a fast-food restaurant on Beltline Road for a full year.

Medical care is another difficulty for the homeless. Terrell said Decatur physician Dr. Robert Allen periodically comes to Hands Across Decatur to provide medical care, and the organization does what it can to provide for everyone’s needs.

However, forms of health care such as dental care are expensive and inaccessible for the homeless. Terrell said dental care in particular is an issue for recovered addicts who have dental problems caused by prior drug use, because they often face discrimination from employers.

While some homeless live in their cars or sleep on friends’ couches, Terrell said many have no choice but to live in tents. If the property owner of the land they’re staying on complains, the homeless can be arrested for trespassing or vagrancy.

Morgan Rodgers, who was homeless for three years, lived in tents throughout Decatur and said she was frequently evicted by police.

“The police would come and evict us once they would catch on that we were there,” Rodgers said. “Anytime we were evicted we had two, maybe three days tops, if we were lucky, to get all of our stuff packed up and whatever we had to move.”

“You get discouraged, and there’s been suicides in the woods and stuff like that. It’s just because you don’t see a way out.”

Rodgers said she had frequent run-ins with the police while she was homeless.

“It’s just never-ending. I couldn’t get one foot out of the hole. I couldn’t lay my foundation anywhere; I was always constantly having to fight for something,” Rodgers said. “It’s just a vicious cycle.”

After three years of struggling with homelessness and addiction, Rodgers said her turning point came after she was released from the Morgan County Jail and was arrested shortly afterward on a warrant in Madison County.

“I was so tired of living like that,” she said. “I knew I was going to die if I didn’t get help, I just didn’t know how to get help. And I got picked up one night and that was my saving grace right there.”

Rodgers said after she was booked into the Madison County Jail, she began calling rehabilitation centers.

“I got some phone numbers to rehab and just started calling them like crazy, and finally one came through the day of my court date,” she said. “It was awesome, I mean it was like God had planned it all out for me.”

Rodgers graduated from rehab in October, after a year in the program, and now rents a house in Anniston and works at McDonald’s. She said her experience with homelessness helped her discover her strength.

“I was able to do things I never thought possible. It sucked that I was in survival mode, but I survived it, you know what I mean? That’s big for me,” she said. “I’m so grateful for my house now, and stuff that people probably aren’t usually grateful for. I’m so grateful for where I’m at in my life.”

Rodgers said Hands Across Decatur and the Harold Coomer Evangelistic Association in Decatur were her primary sources of assistance while she was homeless.

“The biggest thing that helped me was the community with Hands Across Decatur and Coomer, and just knowing that someone was there for me. I mean we had blankets galore in the winter, that meant a lot to me. I was never cold in the winter and I lived in my tent,” she said.

Despite Rodgers’ success, she said homeless people in Decatur face significant roadblocks. She also said while she struggled with addiction, many homeless people she knew were sober and simply couldn’t make financial ends meet.

“Homeless people are people,” she said. “I was lucky enough to go to jail, and when I went to jail I got to go to rehab …. Not every homeless person is like that.”

Terrell said there are many other obstacles facing the homeless, but one of the most difficult challenges is that the Decatur community is relatively silent on the issue of homelessness.

“People overlook the homeless because it’s such an invisible community, and people don’t want to admit that we have homeless in our community,” she said. “They need some understanding, they need a friend to talk to, need to not be judged, need to not be invisible. … Everybody is someone’s aunt or uncle, brother, sister, father, mother, son, daughter.”

Terrell said Hands Across Decatur is entirely volunteer-run, and many of its volunteers are homeless men who want to help.

“I would say most of our volunteers right now are homeless, and they want to give back. Men hate asking for directions, much less asking for (help with their) needs, so when they come to us, they’re really down,” she said. “They don’t want anything for free. They want to give back and help any way they can.”

Should the city of Decatur spend $7 million to beautify Sixth Avenue?