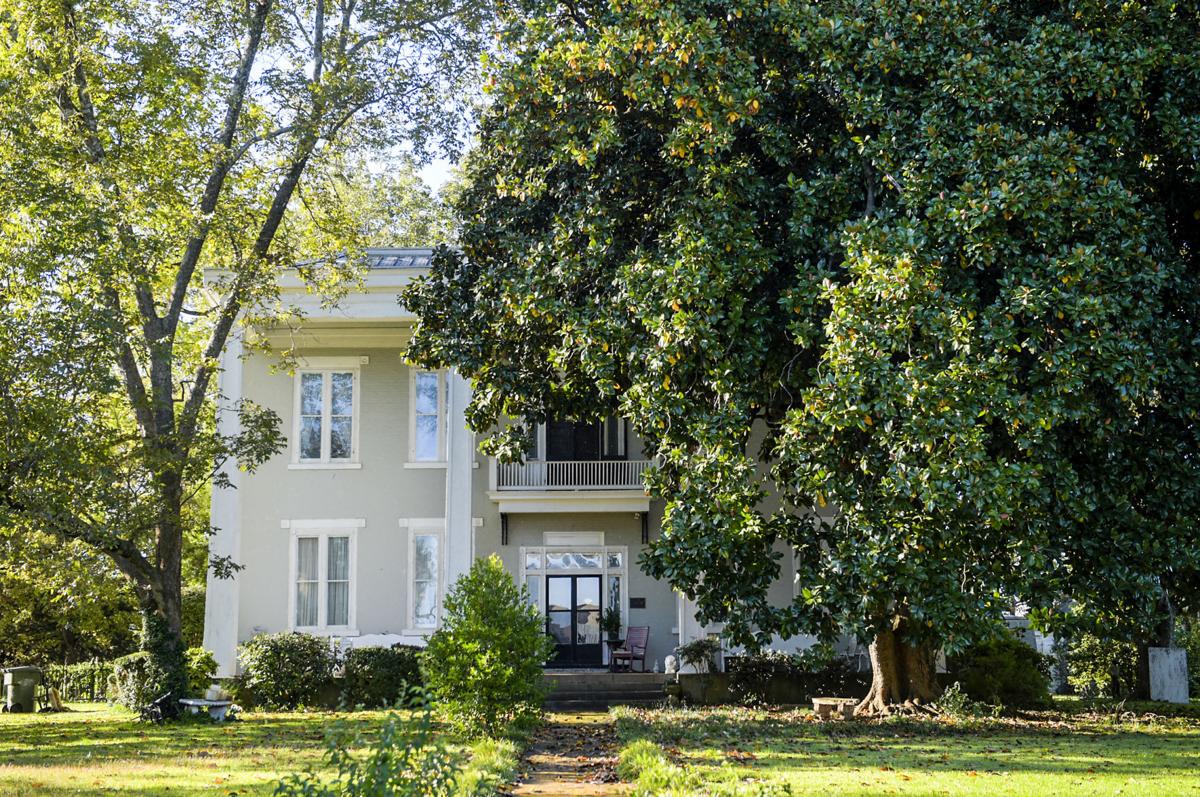 The exterior of the McEntire House as seen last week. It was recently purchased by Libby Sims Patrick and her husband. [JERONIMO NISA/DECATUR DAILY] 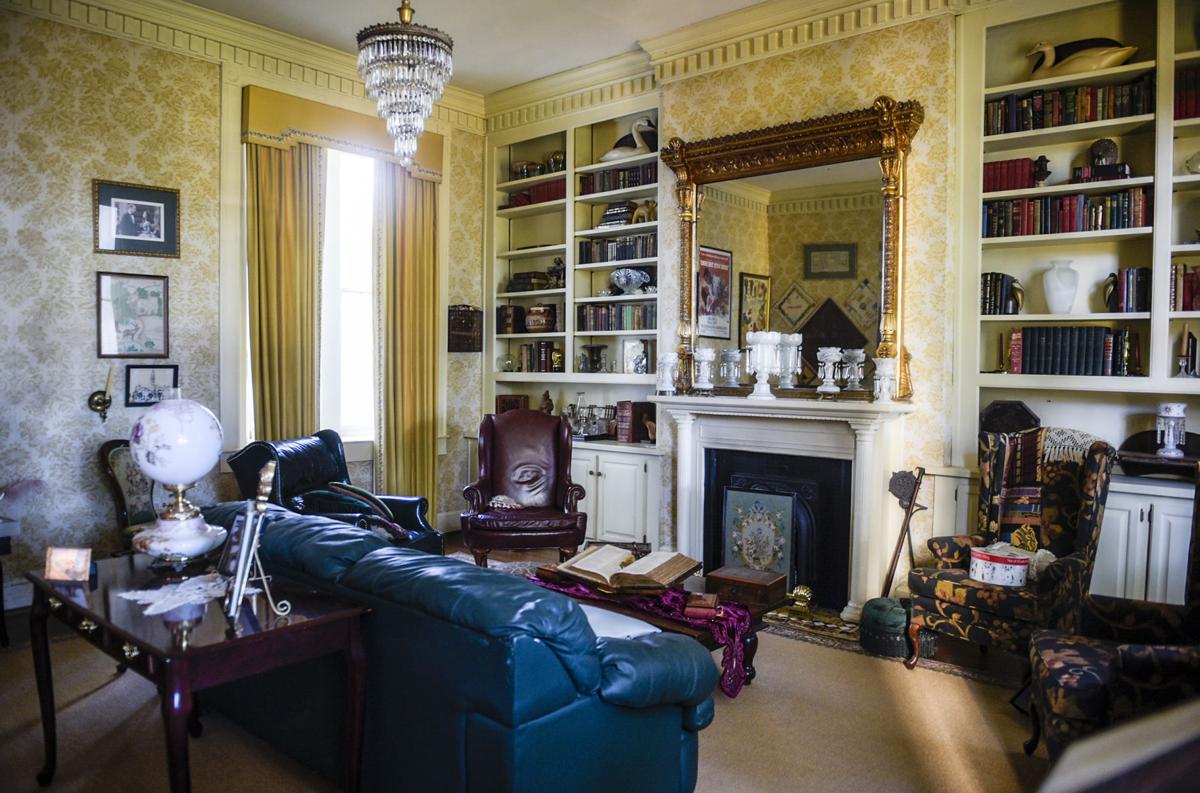 The interior of the McEntire House, which was built in 1836. [JERONIMO NISA/DECATUR DAILY] 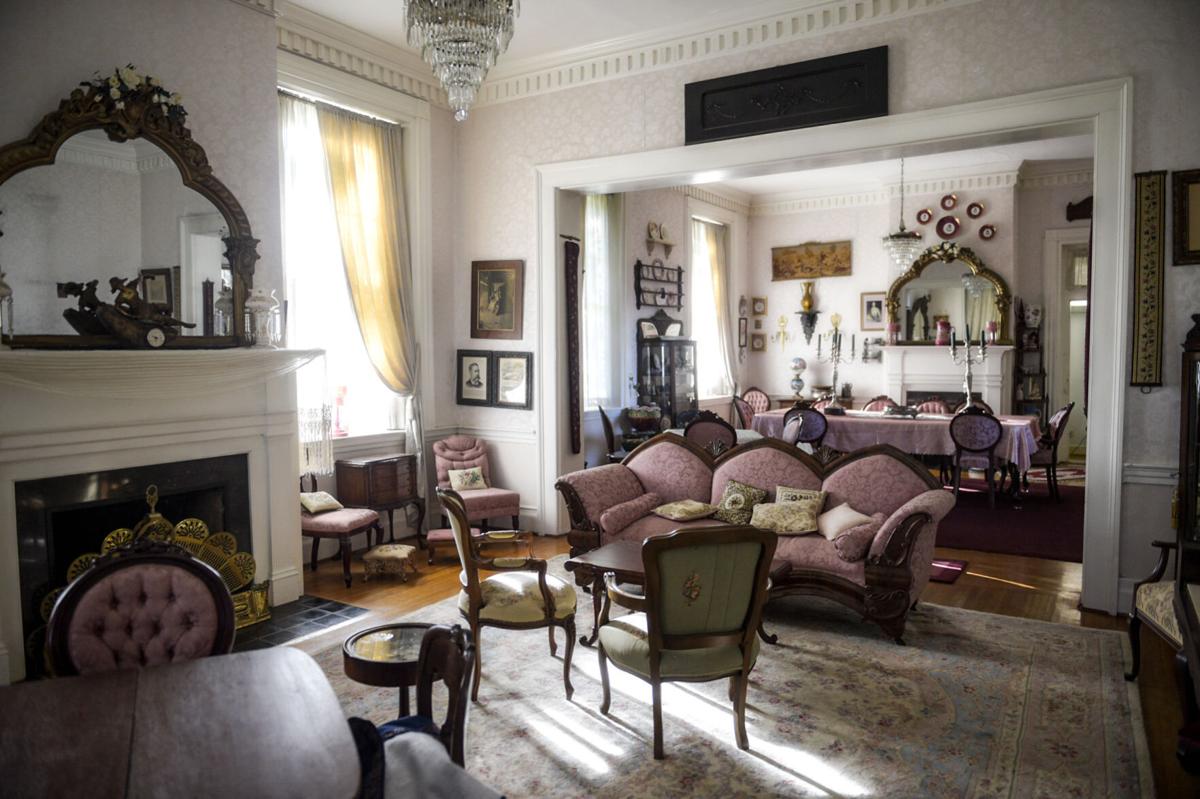 The interior of the McEntire House in Northwest Decatur, which at various times was a military outpost for both the Confederate and Union armies. [JERONIMO NISA/DECATUR DAILY]

The exterior of the McEntire House as seen last week. It was recently purchased by Libby Sims Patrick and her husband. [JERONIMO NISA/DECATUR DAILY]

The interior of the McEntire House, which was built in 1836. [JERONIMO NISA/DECATUR DAILY]

The interior of the McEntire House in Northwest Decatur, which at various times was a military outpost for both the Confederate and Union armies. [JERONIMO NISA/DECATUR DAILY]

Three years ago, when the second-oldest home in Decatur was put on the market, a local historian began holding his breath that the new owner would preserve the heritage and charm of the structure built in 1836.

The seller, Berval Bennett, a retired educator, said the agreement allows him to live there up to 12 months.

“With Libby’s background in design and love for Decatur, I could not have handpicked a better person to own that home that has so much history,” Breland said. “She’s very qualified and I am glad to know the house is owned by someone who has a strong history in the city.”

Breland said the house is “a witness to the Cherokee Indians Trail of Tears in 1837 and 1838 and the U.S. Civil War in the 1860s. It’s on nearly every Civil War walking tour in Decatur. It’s full of history.”

The house was placed on the National Register of Historic Places in 1984.

Breland said about 2,300 Cherokee Indians were taken off boats on the river near the house and “loaded up next to the train station and taken to Tuscumbia because the Tennessee River from Decatur to Tuscumbia wasn’t navigable back then.” The house is part of the National Park Service’s Cherokee Trail.

He said leaders from both armies in the Civil War used the home to plan battleground strategies.

“It was used by the Confederates before the Battle of Shiloh (on April 6-7, 1862, in southwestern Tennessee) for various purposes,” he said. “The house was allowed to remain because of its military importance. It was right by the river and the railroad bridge.”

Libby Patrick, a 1978 graduate of Decatur High and a 1982 graduate of Auburn University with a degree in interior design, said she plans to preserve the home’s charm and heritage.

CEO of Sims Patrick Studio in Atlanta, Patrick said she doesn’t have any immediate plans for the mansion, but said she wants the historic structure to be enjoyed by the public.

“Since we just purchased, we are not sure of the plans (for the house yet). I plan to restore and maintain the home, but I don’t have plans to live there,” said Patrick, who is a licensed interior designer and Leadership in Energy and Environmental Design (LEED) accredited professional. “I will know more in a few months.”

The Patricks purchased the home Oct. 14 through McEntire LLC, a Georgia corporation established Sept. 24. The Georgia Secretary of State’s Office lists its industry classification as "hotels and motels." The Sims Patrick Studio does interior architecture and design, including for boutique hotels across the United States and in India. It has 13 employees, Patrick said.

Breland said the structure would make “a splendid event center, hotel, bed and breakfast or restaurant. With the house on a bluff overlooking the river with its rich history, what history buff wouldn’t want to visit and even stay there?” he said.

Bennett, 77, said he wanted a buyer who planned to keep the integrity of the house in place.

“I was looking at the offers and didn’t want to sell it to somebody or a company who might want to tear it down,” he said. “The Patricks are going to be great owners.”

Bennett has owned the house 22 years. It was up for sale three years ago with a $699,900 price tag, but it was taken off the market once his wife, Sandi, became ill with cancer. She died in April 2018, he said.

“It has been a wonderful place to live,” said Bennett, who worked at Decatur High, West Morgan High and Athens State University. “I’m always having out-of-town visitors who love history coming up to the grounds and looking around.” He said he has had visitors from as far away as New Zealand admire the house.

He said his fondest memory of the house will be “sitting on the swing with my wife watching the river go by.”

“This house was my wife’s baby. But now it is too big, too much for one person. It’s just more than I can handle,” he said.

A log cabin found inside a house in Old Decatur in the 1990s was moved to the backyard of the McEntire House.

The Dancy-Polk House on Railroad Street, built in 1829, is the city’s oldest house, Breland said. The Old State Bank on Bank Street, erected in 1833, is also older than the McEntire House.

According to the nomination form filed with the National Register of Historic Places, the 2-acre plot the McEntire House is on was purchased from the Corporation of Decatur by Jesse Wharton of Tennessee, who completed payment in 1835.

“The house was built in 1836 by Decatur merchant John Sevier Rhea, the grandson of legendary Tennessee Gov. John Sevier. The promise of fertile cotton land lured Rhea from Tennessee to north Alabama," according to the nomination. “Rhea fell victim to the Panic of 1837 which struck the expanding agriculture economy of the cotton states with particular severity. On May 18, 1839, Rhea and his wife Sarah were forced to convey to the State Bank of Alabama his Decatur holdings, which included the house.”

Later, Scottish-born Alexander Patterson and wife Elizabeth purchased the property and deeded it in 1850 to their daughter Margaret Janet Burleson and husband Dr. Aaron Adair Burleson for $1 and “love and affection.”

Dr. Burleson owned a farm 9 miles south of Decatur. Two of his 13 siblings, Rufus and Richard Byrd Burleson, would be among the founders of Baylor University in Waco, Texas, according to the National Register nomination.

“It was the Burlesons who occupied the house during the Civil War, when from time to time, the structure was commandeered as military headquarters. Situated near the vital Memphis and Charleston railroad bridge across the Tennessee River, the spacious rooftop observatory of the house seems to have served repeatedly as a military lookout post,” according to the nomination.

The nomination reports that, according to local lore, Gens. William Sherman, Ulysses S. Grant and Albert Sidney Johnston briefly occupied the house as Decatur changed hands during the Civil War, but no evidence has been located to support the claims. Because of its strategic location as a lookout post near the river and railroad, the house was spared when, in the spring of 1864, the Union commander ordered the town evacuated and most structures destroyed.

“Although Dr. Burleson was away serving as a surgeon with the Confederate army, his house itself sustained no major damage — this, notwithstanding that his family was forced to temporarily leave Decatur," the nomination continued. "When the end of the war came, in the spring of 1865, the Burleson house was serving as regimental headquarters for the 102nd Ohio.

“A rare photograph of the house, taken on April 18, 1865, shows the regimental band on the large rooftop widow's walk, performing a requiem concert in memory of their fallen commander-in-chief, President Abraham Lincoln. The photo also reveals the house to have been at that time substantially as it remains today," according to the nomination.

The Burlesons sold the house to Jerome J. Hinds in 1869, and he conveyed a half interest to his brother, Joseph Munro Hinds. Joseph Hinds later became U.S. Consul General in Brazil and left Decatur for six years. He returned in 1878 and lived in the house. His third daughter, Grace Hinds, was born in the house.

She became a “gilded age socialite and eventually the second wife of Lord Curzon, Marquess of Kedleston," a parish in England, the nomination continues. In an autobiography she published in 1955, Lady Curzon describes her childhood as the daughter of a wealthy carpetbagger.

“Decatur as I remember it was a quiet, sleepy town," she wrote. "Visitors from the Northern States used often to ask to be allowed to look over the house, to see the fine carving, which had been done by the slaves."

After being owned by Hinds for 25 years, the house was sold in the fall of 1894 to H.I. Freeman, who sold it in April of 1895 to R.P. McEntire. His granddaughter Ann McEntire Tankersley and her husband W.H. Tankersley moved into the house in 1981 and called the house Riverview.

Bennett said he and his wife bought the house from the Tankersley family.

Should people with COVID who knowingly expose others to the virus be liable?