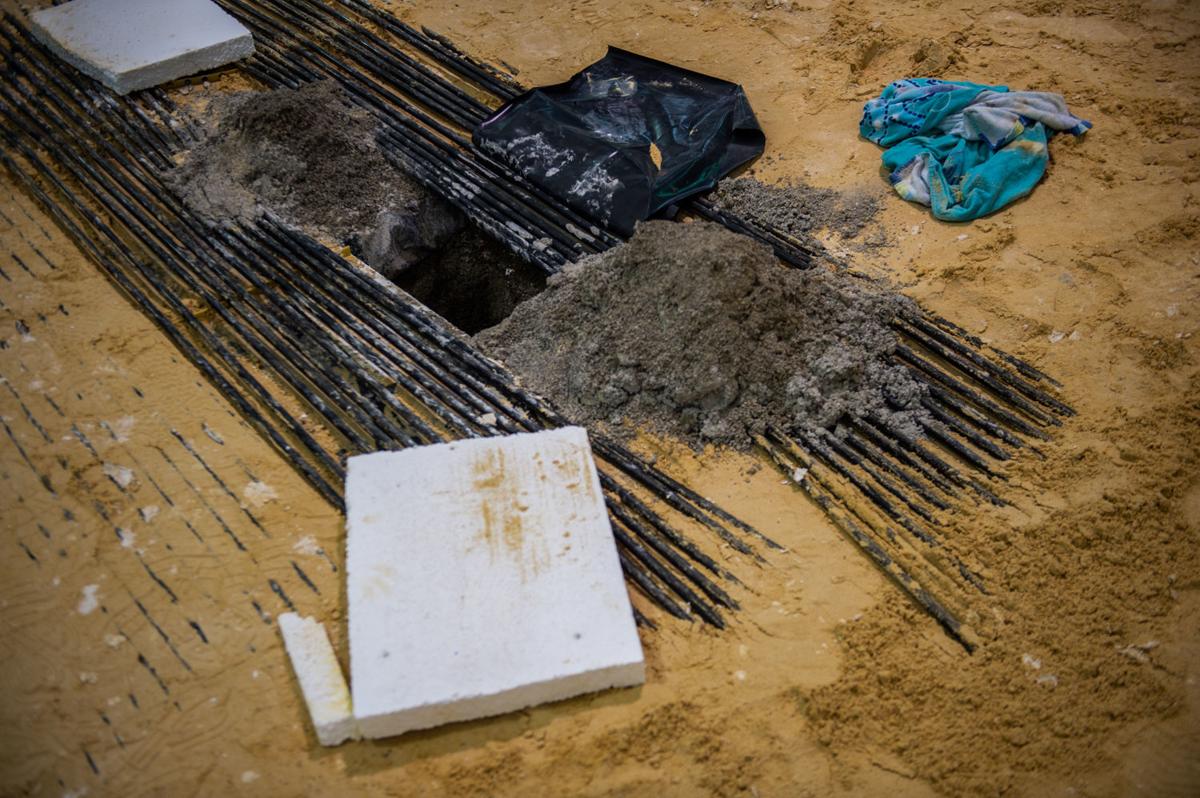 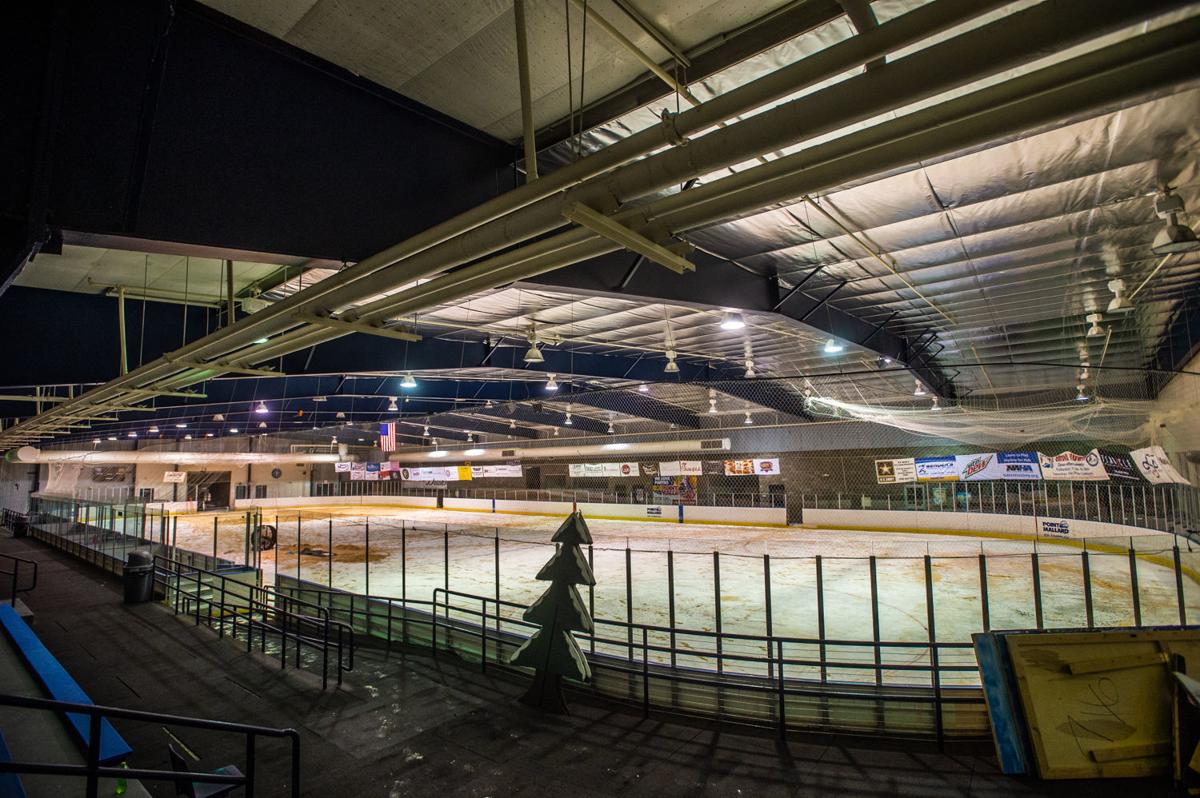 Point Mallard's Ice Complex rink without ice on Thursday. A city official would like to convert the rink into a sports and event center. [DAN BUSEY/DECATUR DAILY]

Point Mallard's Ice Complex rink without ice on Thursday. A city official would like to convert the rink into a sports and event center. [DAN BUSEY/DECATUR DAILY]

New Parks and Recreation Director Jason Lake is proposing turning the building, which has 17,000 square feet of space in the main area, into a multi-use complex that would host sports like volleyball, indoor soccer and offseason baseball and softball training.

The building, which also has 2,000 square feet of meeting and hospitality rooms, would become an event center that could host conferences, meetings, trade shows, weddings and proms.

Lake said he doesn’t want to completely lose ice skating, so part of his proposal is an outdoor ice rink that’s put out every winter like in Huntsville and Nashville. He said it would cost $112,500 for a 50-by-70-foot rink.

This rink would host only public skate sessions and possibly beginners skating lessons.

“Skating in Decatur is a quality of life activity that we would like to keep,” Lake said.

Lake said he got support from Rick Paler, of the Decatur Downtown Redevelopment Authority, for the downtown rink idea. He said they discussed possible locations but didn’t settle on a spot. Paler could not be reached for comment.

Lake, who became Parks and Recreation director in February, made the proposal recently after looking at options for the 19-year-old ice complex.

While routine maintenance was being conducted in June, broken pipes were found in the sand-based floor of the ice rink. The repairs could cost as much as $1.4 million.

Lake pointed out that Point Mallard Park made money during the last 19 years despite having to subsidize the ice complex and golf course.

In contrast, he estimated using the building as a sports and event center without an ice rink would make $111,400 in its first year. Profits would grow to $271,971 by the fifth year, he said.

“There’s about a $1.5 million difference if the building had been run as a sports and event center (with no ice) in the last five years and running it as an ice rink,” Lake said.

Daniel Frith has been an avid hockey player and coach at Point Mallard since Decatur opened an outdoor rink in 1974. He was on the committee that led the construction of the indoor ice complex.

Frith said eliminating the ice rink would be a “terrible mistake” for those who love hockey and figure skating. He estimated about 100 children and about 80 adults from Decatur play hockey at the complex. The complex also began a curling league last year

“This would be regression,” Frith said. “As we’re challenged in our city to build a new brand and bring more residential growth, this is a facility that can attract people to our city.”

He said the city would be losing an asset that surrounding cities don’t have.

“We draw kids from Cullman, Madison, Hartselle, Athens and even Birmingham,” Frith said.

Frith said he understands it’s not financially viable for the ice complex to stay open all year. He would like the ice rink to be open for almost five months, during the winter hockey season.

“Take it back to like it was when the old outdoor rink was open,” Frith said. “The old rink made money or broke even in most years with a winter schedule when it opened from December until the middle of March.”

Lake said keeping the rink and opening it in a partial schedule as Frith suggests would still result in an annual loss of $35,930, and this doesn’t include the $1.4 million in rink repairs.

“I would like to see the actual numbers and some comparative data,” Jackson said.

Jackson said he voted against building the ice complex and he’s against spending money on a third ice rink either in the complex or downtown.

“We’ve had two unsuccessful swings at an ice rink and we don’t need to take another swing,” Jackson said. “We have significantly more pressing issues and basic needs.”

Decatur hasn’t had enough kids to have its own league so the Point Mallard rink had become a big part of the Huntsville-based youth hockey association. Decatur resident Wes Blanding told the City Council last week that Decatur benefits greatly from this partnership.

“We get a lot of business from Huntsville and north Alabama,” Blanding said.

Councilman Chuck Ard, who also hasn’t seen the ice rink proposal, said at the council work session that “we’re trying to figure this out so it isn’t a financial burden for the city.”

Kirby said the issue is how many Decatur residents use the facility as an ice rink versus how many residents would use it if it were a sports and event center facility.

On the downtown rink proposal, Kirby pointed out that Huntsville and Nashville are much larger cities than Decatur so they can more easily afford the expense. The Nashville Predators hockey team paid for the outdoor rink in downtown Nashville.

Mayor Tab Bowling said he thinks Lake’s proposal is a good one. He pointed out that an event center would benefit from its location near the Aquatic Center, the campground and golf course.

“In the end, we know his proposal would create a venue where we can produce revenue and will impact our hotels, restaurants and our economy,” Bowling said.

Bowling said he understands and regrets the possible loss of an ice rink that could be used by hockey, figure skating and curling.

“We can’t do everything,” Bowling said. “We just have to put everything on a scale and weigh them.”

Doing the math from the above figures, Decatur is subsidizing $12,500 per person a year so 180 people can skate and play hockey.

That's just the hockey numbers. The figure skating club has around 200 total members and there are around 50 people in the curling league.

If this was a private company doing it, there wouldn't be enough parking spaces to comply with city codes. But it's OK for the city to do it with existing parking?