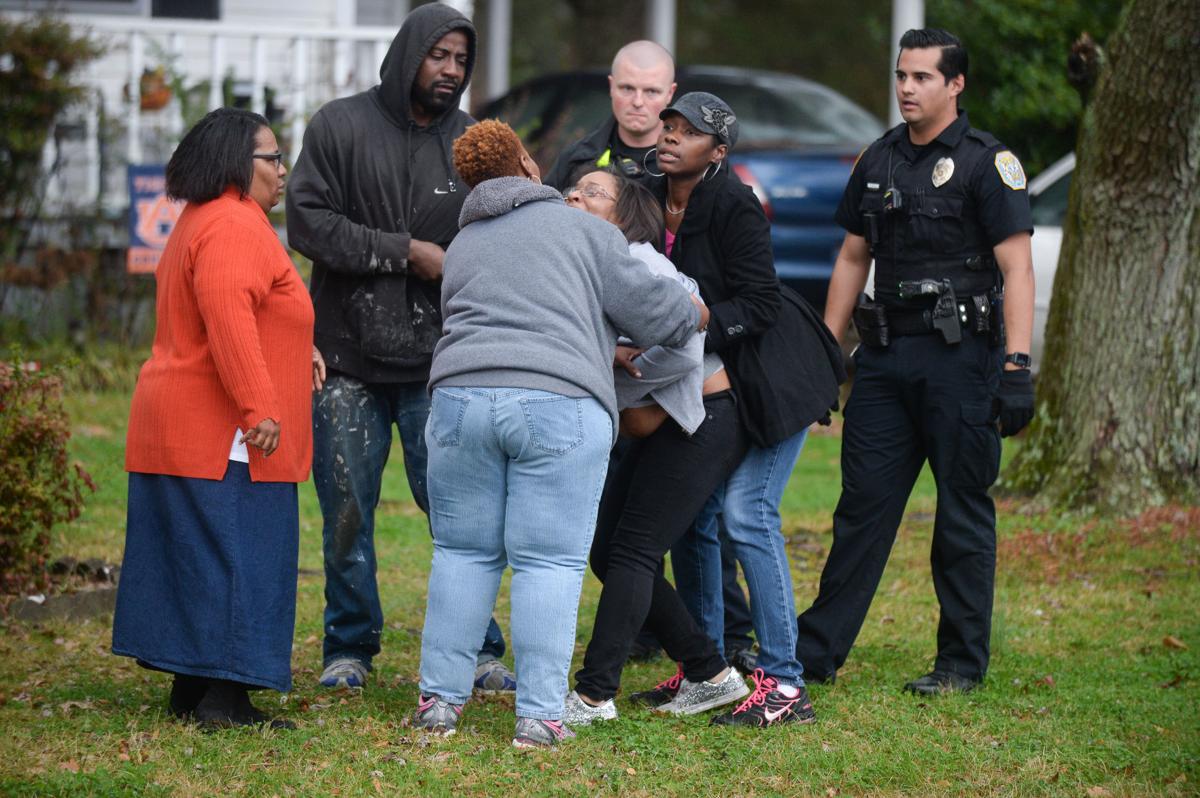 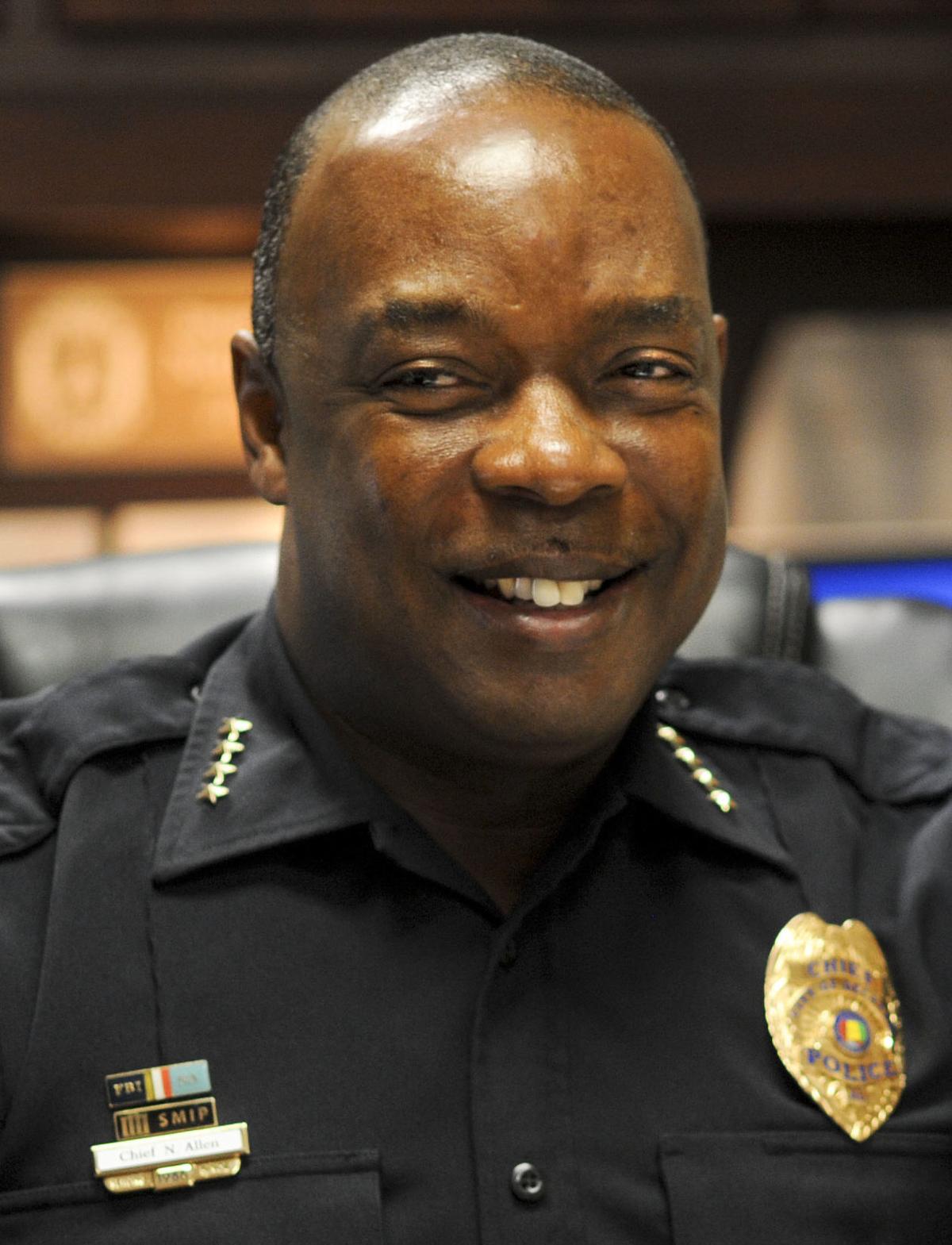 The holidays are coming, and Decatur Police Chief Nate Allen said that generally means an uptick in some types of criminal activity.

“From Nov. 1 to Jan. 1, we see more robberies and car break-ins,” he said. “Shopping centers and residential neighborhoods are prime targets for break-ins during the holidays. After Jan. 1, there aren’t as many people in the stores, shopping centers are empty."

City crime numbers for Dec. 18-24 showed victims reported 22 thefts and 11 residential burglaries, which accounted for 61 percent of the 54 nonviolent crimes reported that week.

While Decatur is seeing a significant year-to-year drop in crime, according to the latest numbers released by the FBI, Allen said seasonal fluctuations in the type and amount of crime are the norm.

“We have peaks and valleys," he said. "In the summer months, we might see cases where a family may be away from their house and someone walks into their garage and takes a weed trimmer or something else out. ... Property crime goes up during the summer months when more people are out, and robberies go up around the holiday season.”

Allen stresses that members of the public are in the best position to reduce criminal activity.

“We are working to educate our community on how to prevent crimes," Allen said. "Criminals look for the easy way to victimize you oftentimes with snatch-and-grab techniques. We want the public to help prevent crime by learning how not to be a victim.”

He said locking doors to homes and vehicles, parking in well-lit areas and putting valuable items in the trunk of a car instead of on the backseat are easy ways to avoid being a victim.

“People are home and stuck in the house during the winter, and there are more chances of a confrontation among family members,” he said. “As police officers, there’s only so much we can do to prevent the domestic violence crimes. We aren’t in people’s homes, and we don’t want to be in their homes.”

Allen said domestic issues have been the leading cause for homicides in Decatur in recent years.

“Ninety to 95 percent of our homicides the past couple of years have been domestic related,” he said, and three of the four reported thus far in 2018 involved family members.

“The numbers this year are down, but again, one is too many,” he said. “Family members have to communicate better and get assistance in the home to help prevent the homicides. We have partnered with some social service agencies in this area. … The Police Department can’t solve crimes alone. We have to have help from the public and the social services.”

Mary Odhiambo, crime analyst for the Decatur Police Department, has compiled crime stats here for the past 12 months. Her latest figures show 118 residential burglaries and 40 commercial burglaries from May 1 through Sept. 28. She said property crimes remain a constant in the city.

"After reviewing our crime statistics, the data illustrates that property crimes occur more often than any other crime here,” Odhiambo said in an email. “The most prevalent being misdemeanor theft, which shows to be seasonal in location.”

Tuesday appears to be the day of choice for burglars visiting homes and apartments during that time span with 22 residential burglaries reported. Saturdays had 20 and Sundays 19. Five of the Sunday burglaries occurred since Sept. 1.

Commercial burglaries happened most often on Fridays with nine reported, according to Odhiambo’s numbers.

The week of June 4-10 saw a jump in assaults in the city, the records show. Thirty-one misdemeanor assaults and three felony assaults were reported.

While crime fluctuates seasonally, Decatur is enjoying a year-to-year drop in criminal activity.

While seasons impact the number of crimes, other factors — including the economy — play a role.

The 2008 recession corresponded with a spike in Decatur crime, according to FBI statistics.

Allen said he could not comment on any crime data numbers from before he arrived as the chief in 2016. He said the department provides the FBI with the data, but he said he is unsure how the information was reported before his arrival.

Decatur’s reduced number of crimes from 2006 to 2016 were recently recognized on a security company’s national top 100 list that highlighted those cities showing the greatest drop in reported criminal activity. Decatur placed 88th with an overall decrease of 1.3 percent.

“We wanted to look at a 10-year time period because crime stats don’t change overnight,” said Sam Carson, a spokesman with ADT Security's SecurityChoice.com. “Decatur saw a big drop in property crime over the decade through 2016.”

Detroit led the list with a 3.57 percent drop in the 10-year period.

Mayor Tab Bowling said he is encouraged by the numbers.

“Public safety is the No. 1 obligation of government,” he said. “Providing public safety is like a full-court press in basketball. If you let up on the policing, (the crime numbers) will creep up on you. I have confidence in our police force that they won’t let that happen.”

Allen said his department employs 130, and he is interviewing applicants to add eight to the department's payroll.