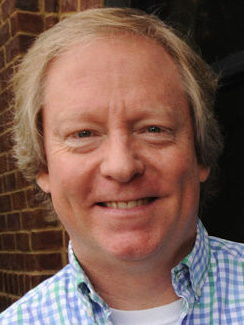 The Decatur Utilities board on Wednesday gave customers a power rate savings, eliminated a credit and debit card fee, and delayed a decision on increasing the speed of its sewer replacements.

General Manager Ray Hardin recommended the board pass along a $2 per month credit on electricity rates, for a year, that represents a savings on power charges by the Tennessee Valley Authority.

Hardin said TVA “had a good year” so the additional income allowed it to pass along a 2.5% savings in coronavirus pandemic relief, or about $1.1 million, for standard service to the local utilities.

Hardin said DU is in good financial condition so it can afford to pass along the rate savings that will cover fiscal 2021. The reduction officially begins Oct. 1, but customers won’t see the decrease until their November bill.

“We always want pass along a savings just as we would an increase,” board President Neal Holland said.

The board voted to no longer assess DU customers a $3.95 convenience fee that helped recoup charges from third-party financial institutions for use of a credit or debit card to pay utility bills.

Hardin said the utility established the fee in 2008 when costs for convenience fees charged went way over $100,000 and DU just couldn’t afford the expense.

Hardin said a change from convenience fees to transaction charges allows the utility to more easily absorb the expense even though the number of people using credit and debit cards has more than doubled and the expense is at about $100,000.

“Using a credit card is so widespread that it’s now considered just a cost of doing business,” Hardin said.

Hardin said DU expects the change to increase the use of self-service payment options including payments by kiosk, SmartHub app, online and phone.

Other benefits of the change include letting customers utilize these no-contact payment methods at no additional cost; and they can set up recurring credit/debit card payments with the SmartHub app.

Board member Tom Counts said it’s always good when they can pass along a savings like power rate reduction and elimination of the credit card charge.

“Ultimately at the end of the day, we want a utility that’s safe, efficient and as cheap as possible, and those things often contradict each other,” Counts said. “We keep working to achieve those goals.”

The board decided to move forward with initial sewer rehab plans on a 20-year schedule that already was included in the fiscal 2021 budget. It did this while waiting to decide whether to speed up the rehab timetable.

Sewer overflows have been a major problem in the city in recent years and board members and city officials want to increase the pace of replacing the city’s old, clay sewer mains. Increasing the pace would require DU to go to the bond market and raise customers' sewage rates.

However, Hardin said interest rates are so low they might be better off getting a taxable bond instead of a tax-exempt bond.

“The rates now on a taxable bond are actually lower than they are on a tax-exempt bond,” Hardin said.

Hardin said the advantage of a taxable bond is they can possibly push it out to eight or nine years, pushing back the time they might have to go to the bond market again when rates could be higher.

Hardin asked for more time to study options, and the board granted it. He said he plans to come back with a recommendation in 30 to 60 days that he hopes the board will adopt and pass along to the City Council for final approval.

Meanwhile, the board approved going ahead with spending $2.25 million to $2.5 million on replacing 24,000 feet of sewer mains and 600 service lines near the wastewater treatment plant and the Fifth Street Northwest and Baker’s Creek lift stations in fiscal 2021.