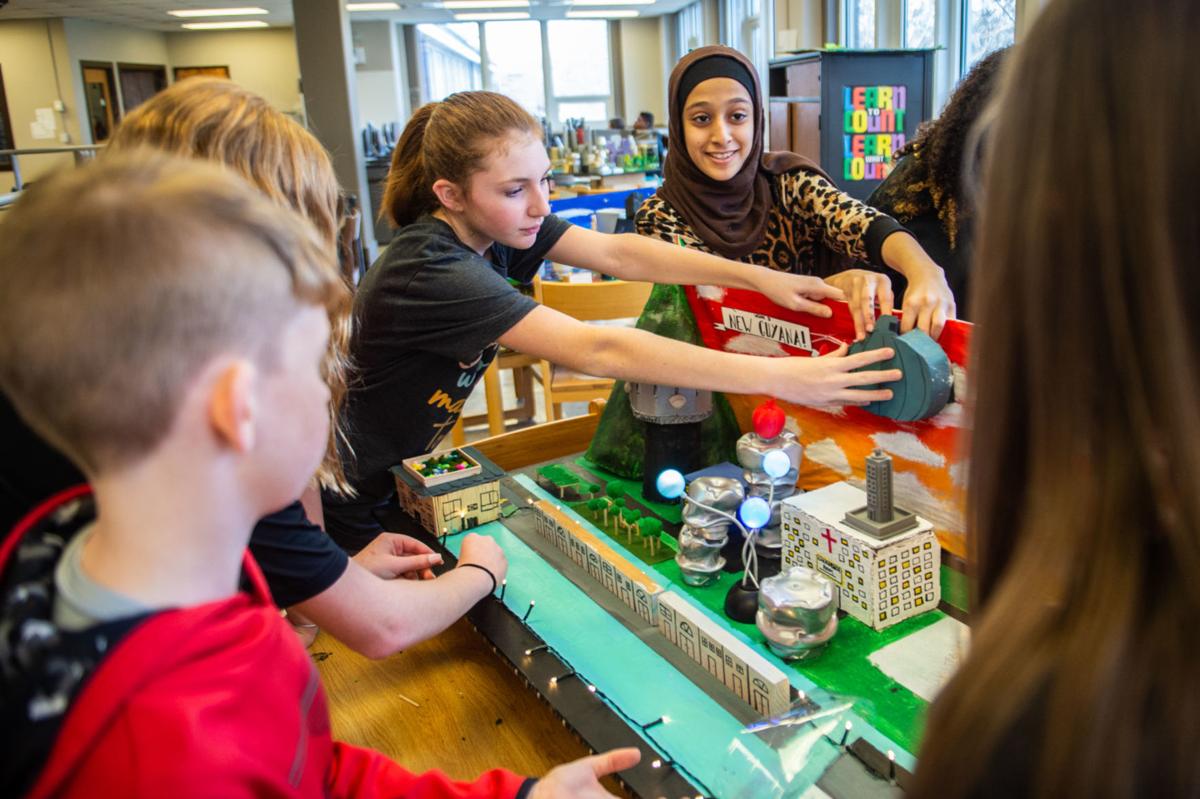 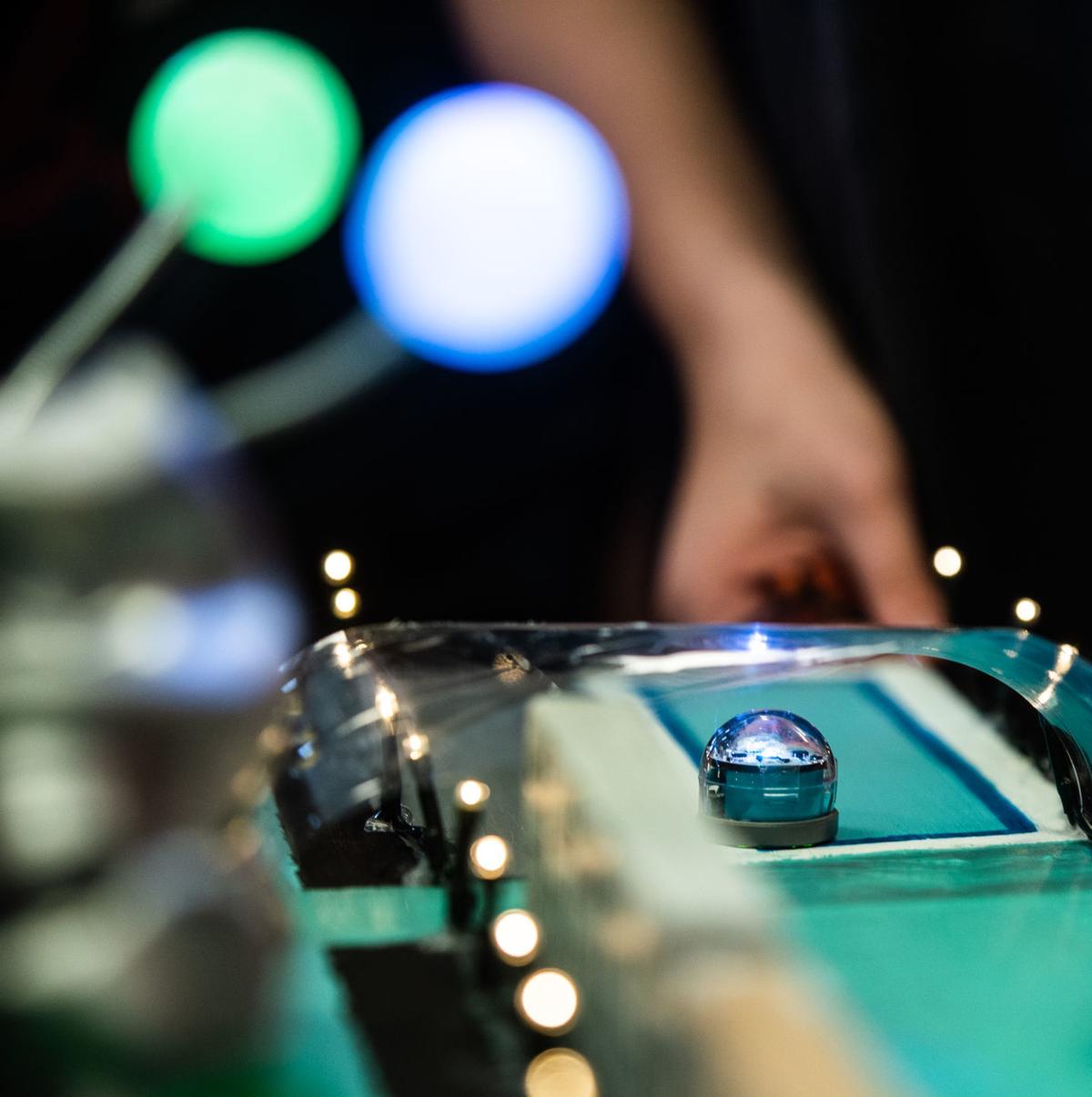 An ozobot, used for coding, acts as a water purifier in the Decatur Middle students' model city. [DAN BUSEY/DECATUR DAILY] 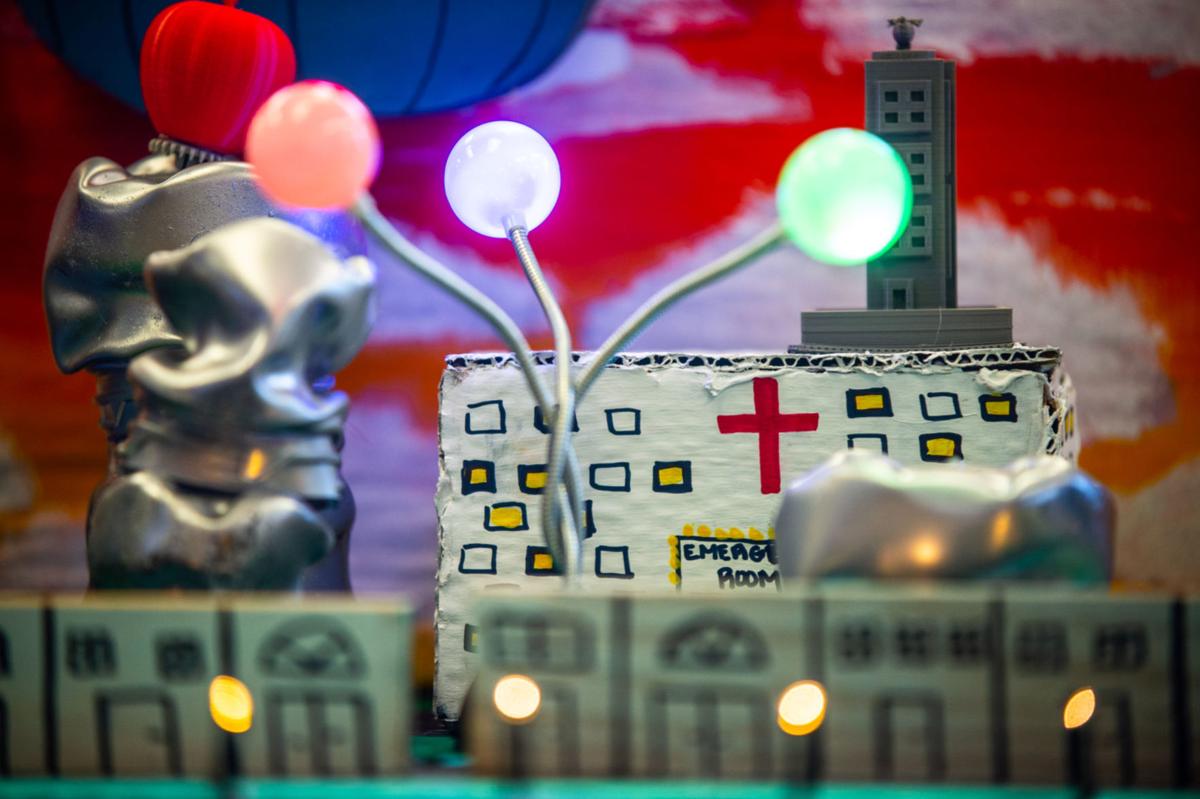 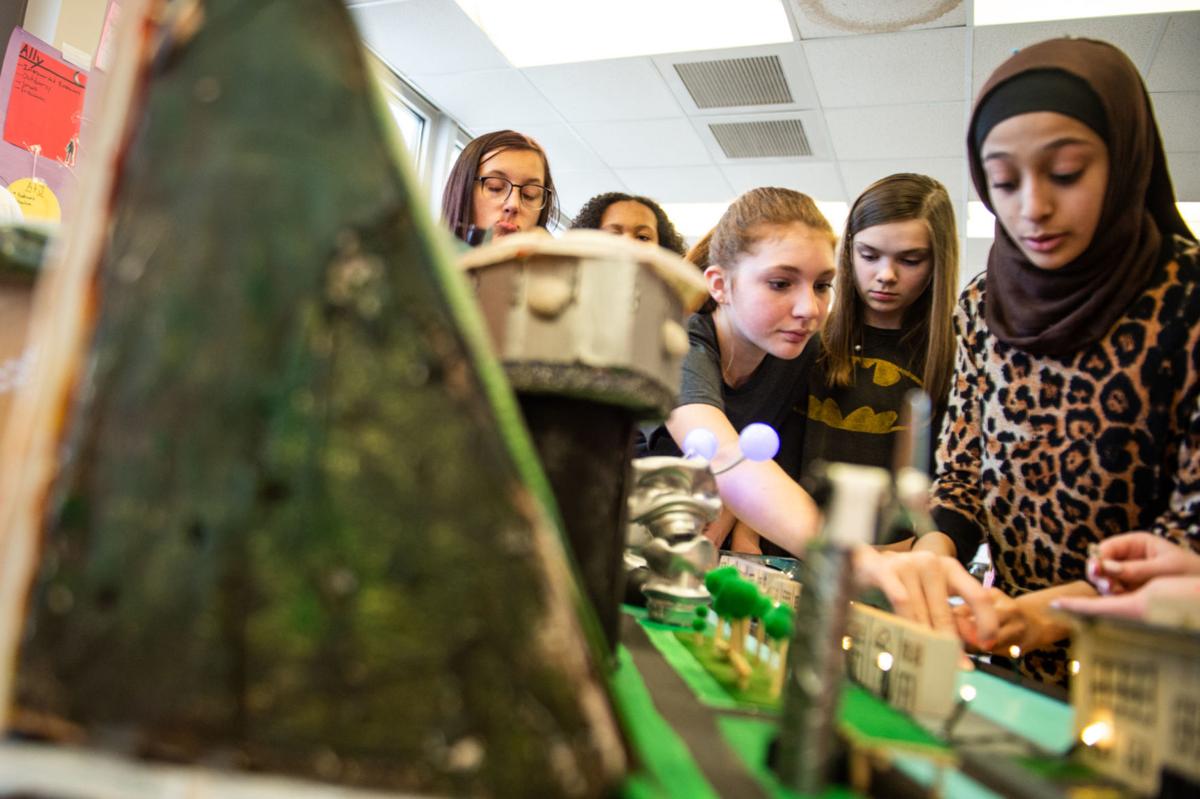 An ozobot, used for coding, acts as a water purifier in the Decatur Middle students' model city. [DAN BUSEY/DECATUR DAILY]

Decatur Middle School student Mary Emma Harper is convinced that she and some of her classmates have designed a solution to help China rid its water systems of pollutants.

“China is one of the dirtiest countries in the world,” she explained. “So, when it rains, all of this stuff comes down and gets in the water.”

The “carbon capture system” Harper’s team designed is one of 20 tabletop models that will compete Saturday in the Alabama Regional Future City Competition in Huntsville.

Decatur City has six middle school teams from Decatur Middle, Austin Junior High and Austin Middle that will participate in the annual event at the U.S. Space and Rocket Center.

This year’s theme is “Clean Water: Tap Into Tomorrow,” and the first-place team will receive an all-expenses-paid trip to the national competition in Washington D.C., media coordinator Sonya Dillard said in a written statement.

DCS gifted teachers Janell Hill and Lindsay Sims said students have been working on their projects since August and they were required to identify an urban water system threat or problem, and design a solution so that the area would have a reliable supply of clean drinking water.

“It’s been amazing to watch them come up with their solutions,” Hill said.

Seventh-grade students Ethan Smith, Mollye Hellebrand, Claire Stewart and Mattie Fite are members of a team that deigned a plan to deal with water issues on an island they've named "New Guyana." They are using algae to clean and filter water.

“The city is green energy because we wanted to eliminate the use of fossil fuels,” said Hellebrand, who will present at the competition with Stewart.

Fite and Smith said they designed a solar-powered robot that collects algae used in the water-purifying process and transports the aquatic organisms to where they are needed.

Smith said they selected algae after reading several articles identifying it as a good replacement for fossil fuels.

At another table in the gifted classroom at Decatur Middle, Lulu Underwood’s team was building a city near a polluted water reservoir.

Underwood is constructing the electrical grid, but said the plan is to construct a filtration system that will remove pollutants from the water so that residents can drink it.

In addition to constructing their cities to scale, students had to write a 1,500-word essay and will present their projects to a panel of STEM (science, technology, engineering and math) experts, Hill said.