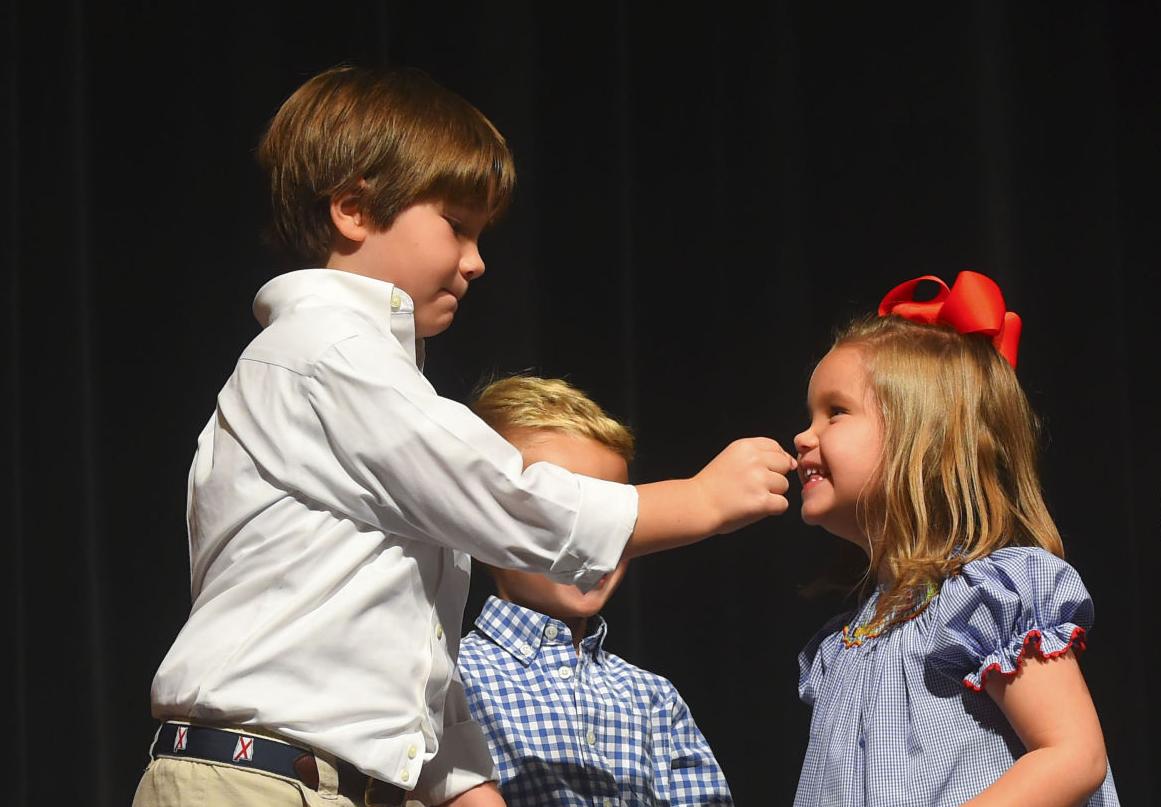 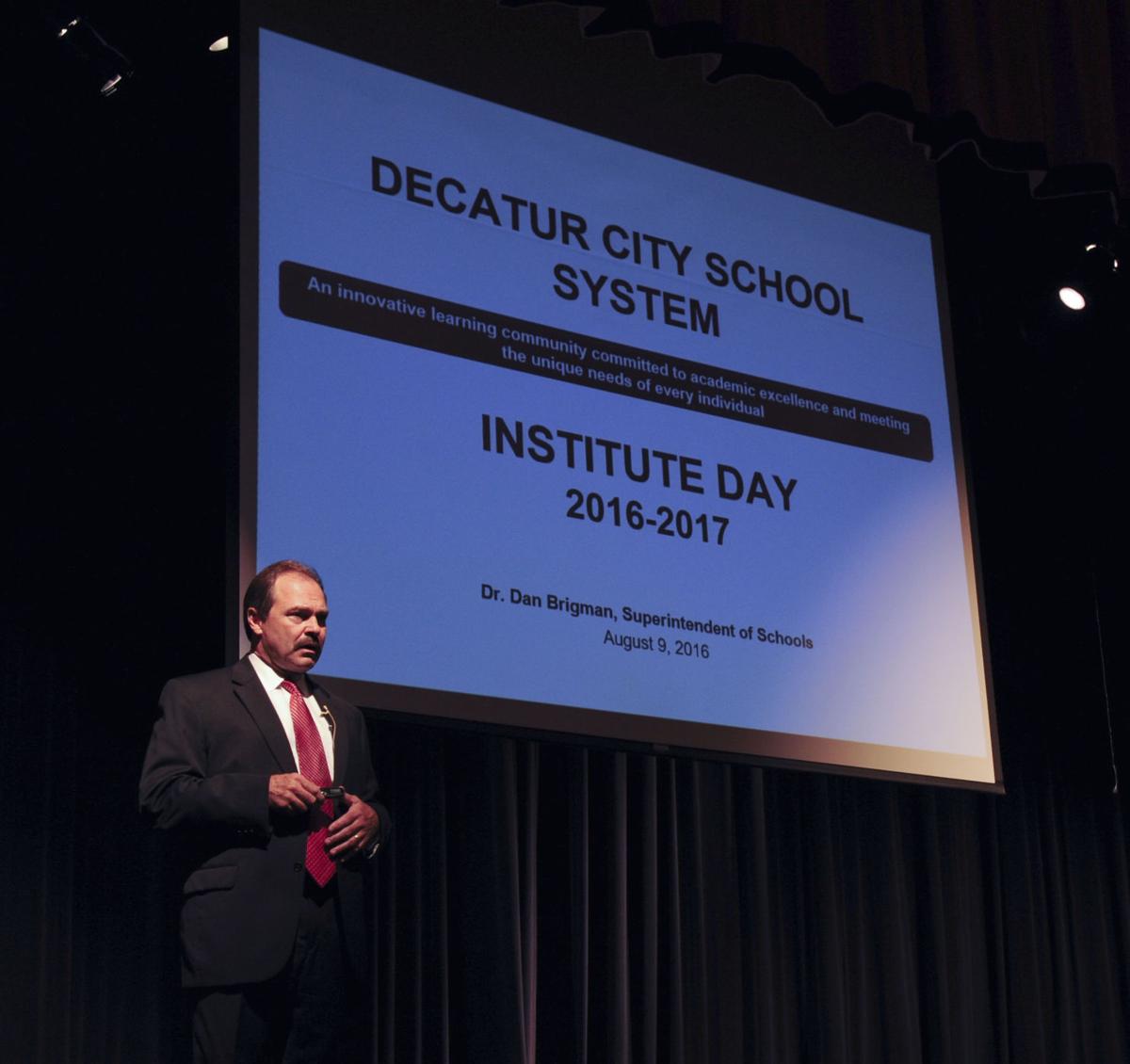 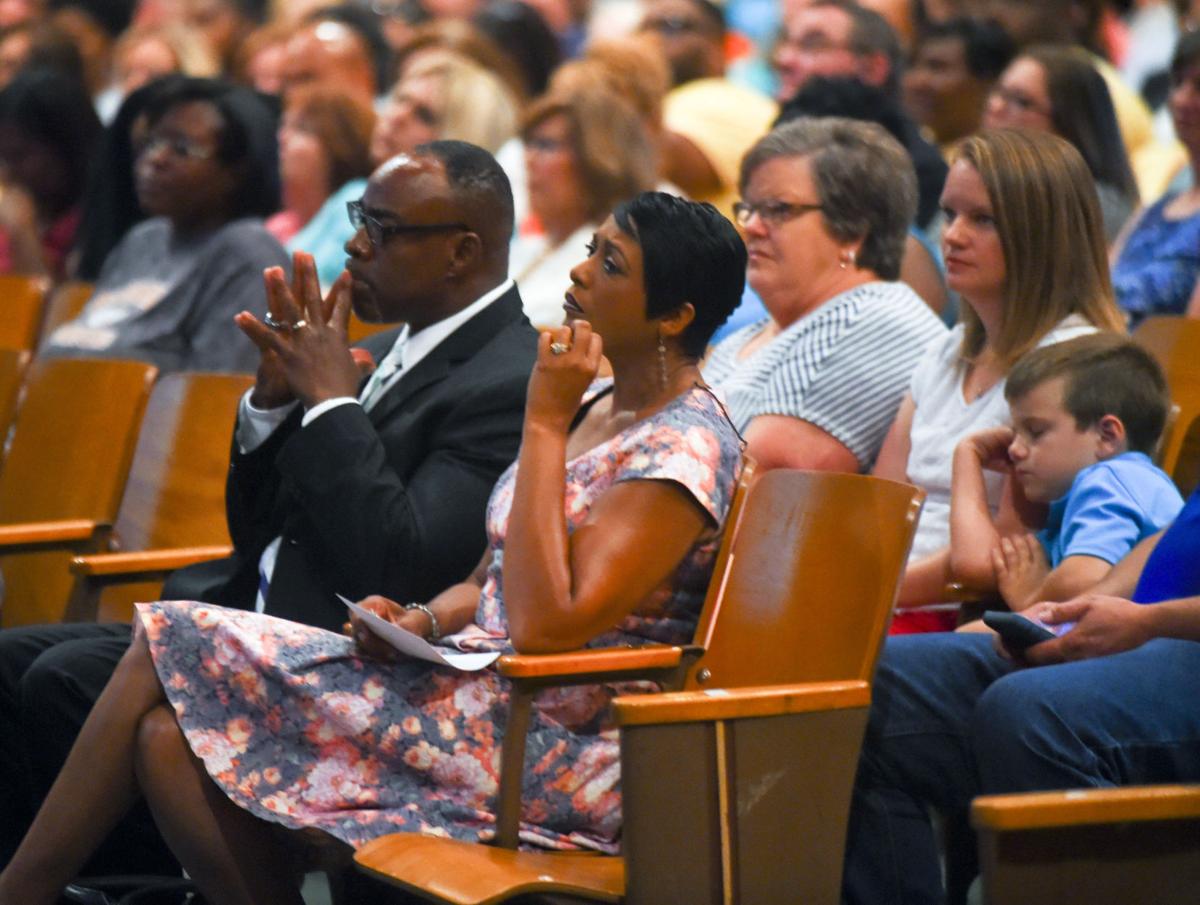 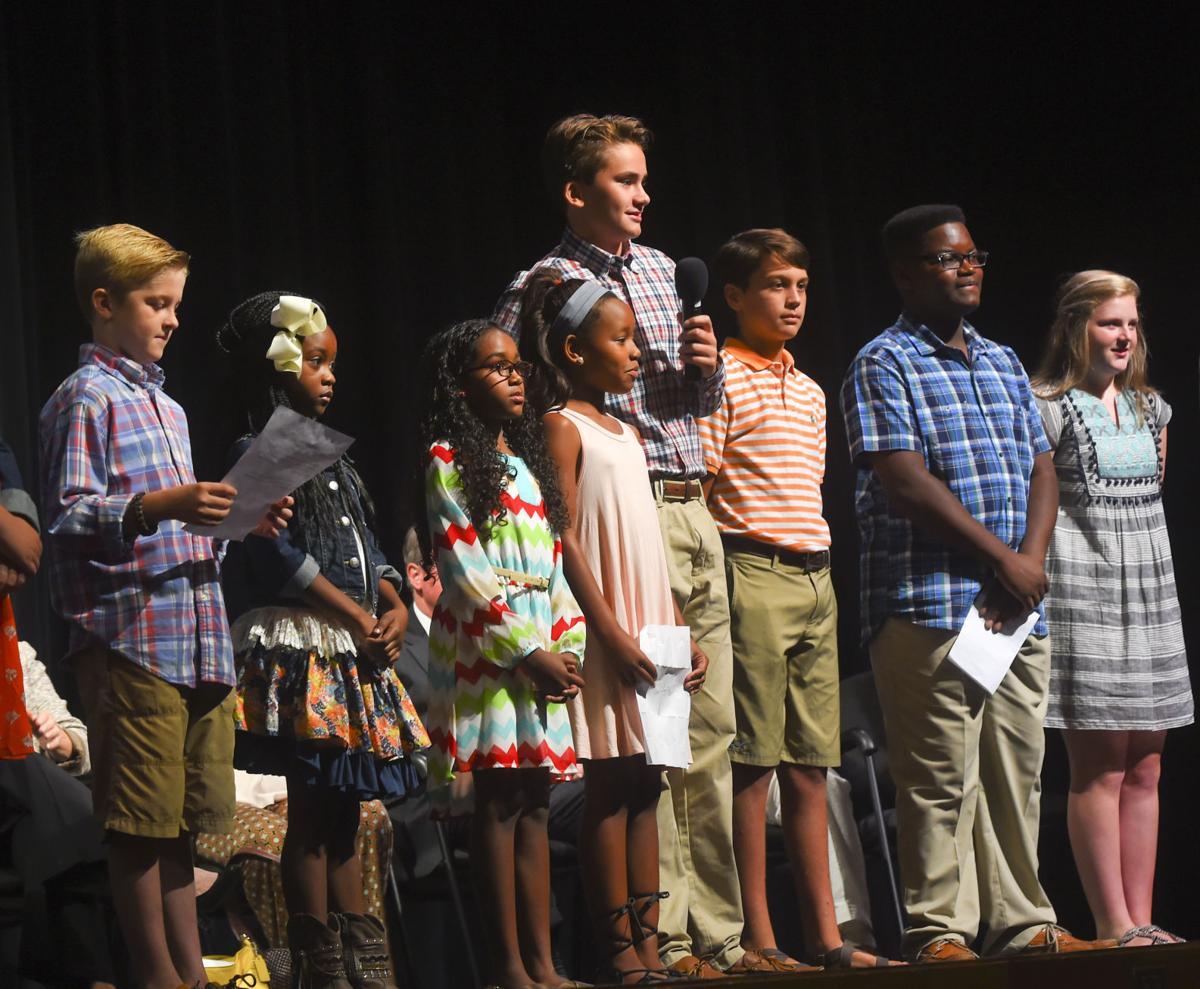 Teachers in Decatur City Schools are under an academic microscope like never before because of the pressure to improve standardized test scores, school officials said Tuesday.

The district starts today with new programs aimed at improving student performance and a mandate from Superintendent Dan Brigman to ditch programs that are not working.

“If we do the same thing and expect different results, we’re fooling ourselves,” the first-year superintendent said to the district’s more than 1,000 employees during Institute Day at Austin High School.

Decatur City students have struggled with the new ACT Aspire standards, which are considered to be the toughest in the nation. The test is the elementary and middle school test equivalent of the ACT for high school students, and is designed to link elementary and secondary progression to having students ready for college or a career.

Improving test scores was a major focus when the board hired Brigman in May and made him the highest-paid superintendent in the system’s history with a three-year, $175,000-per-year contract.

Student performance also has been an election issue in Decatur, especially for the five mayoral candidates, who have said the city is not attracting new families because of the district’s standardized test scores. They point to a report released by Birmingham-based Public Affairs Research Council of Alabama in April that showed Decatur City Schools students are scoring significantly lower than students in Hartselle and Madison.

Decatur City Schools has received preliminary results from the third time students in grades 3-8 took the ACT Aspire in the spring. The state, however, has not released the numbers to the public.

Secondary curriculum supervisor Tommy Davis said Decatur made some “significant gains” in some areas and is on the right path.

“There’s no doubt that our test scores are on everybody’s minds, and I’m sure our teachers are feeling that,” he said. “But we have to educate the whole child and we’ve made some restructuring that will benefit our students.”

One of the most significant changes this year is designed to focus on early literacy and will change how class time is used for K-2 students at Somerville Road, West Decatur, Chestnut Grove, Austinville, Walter Jackson and Woodmeade.

Teachers are going to intervene “early and often” and provide academic help for struggling students, Elementary Education Supervisor Rachel Poovey said. She said they also will focus on coaching up students who are not behind academically.

At Tuesday’s teacher institute, Brigman, who is working in his first school system with ACT Aspire as the standardized test to measure how students are performing, mentioned the changes Decatur City Schools is making this year.

He also challenged teachers and administrators to rid their schools and classrooms of programs that are not impacting student performance through a process he called “purposeful abandonment.”

“Keep what is working and get rid of these things not working to improve student achievement,” the superintendent said.

Brigman also warned administrators that everyone may not be on board with change because schools have employees he termed as “cave" people or “citizens against virtually everything.”

Poovey said teachers and administrators are aware of the challenges awaiting them. But they also are equipped with more data and a greater awareness of the standards that affect how students perform on ACT Aspire.

“I think we all are going to do a better job,” Poovey said.

It will be March before the first students take the Aspire test under the changes Brigman has implemented. The superintendent, however, is convinced that literacy enrichment is needed because 68 percent of Decatur’s 8,400 students live in situations at or below the poverty level.

She described teachers as merchants of hope, adding that students become angry and frustrated when they have no hope.

Kuykendall said research shows a large number of students interact more with adults in school than adults at home. She encouraged teachers to try to fulfill three needs all students have — the needs for affection, for appreciation and approval and for achievement.

Without this, Kuykendall said students will develop fear of failure, fear of people and fear of rejection or success.

“Appreciate what they are today and not what you want them to be,” she told Decatur City Schools employees.

1. Schedules and how teachers use class time: Instead of waiting until six-week or end-of-semester test results, teachers will assess early and often to determine what skills students are not mastering and intervene quickly. To do this, the district received a waiver from the state to change when students receive 30 minutes per day of required physical education.

2. K-2 early literacy: The district will focus on making sure students are at or above grade level by the time they reach third grade. Superintendent Dan Brigman said a corrections spokesman told him several years ago that his state determined how many prison beds to prepare based on the third-grade failure rate. “We want to put prisons out of business,” he said.

3. EXCEL Center at Austin High is designed to help students who speak little or no English. While it is not exclusively for Hispanic students, Decatur’s Hispanic student population increased from 1 percent in 1996 to 24 percent in 2015.

4. Align all instructional materials and lesson plans with the accountability standards.

5. Chalkable: Teachers are using software that changes how they formulate lesson plans, communicate with parents and track student performance. School officials said every student will have an account and parents will be able to get up-to-the-minute information about what their children are doing in the classroom and how they are performing. Decatur has for years used web-based technology called Information NOW — known as I-Now — which gives parents access to their children's attendance records and semester and end-of-the-year grade reports. Technology Director Kathy Rains said the district has purchased another component of I-Now called Chalkable, which will allow teachers to create electronic lesson plans and homework for parents to see.