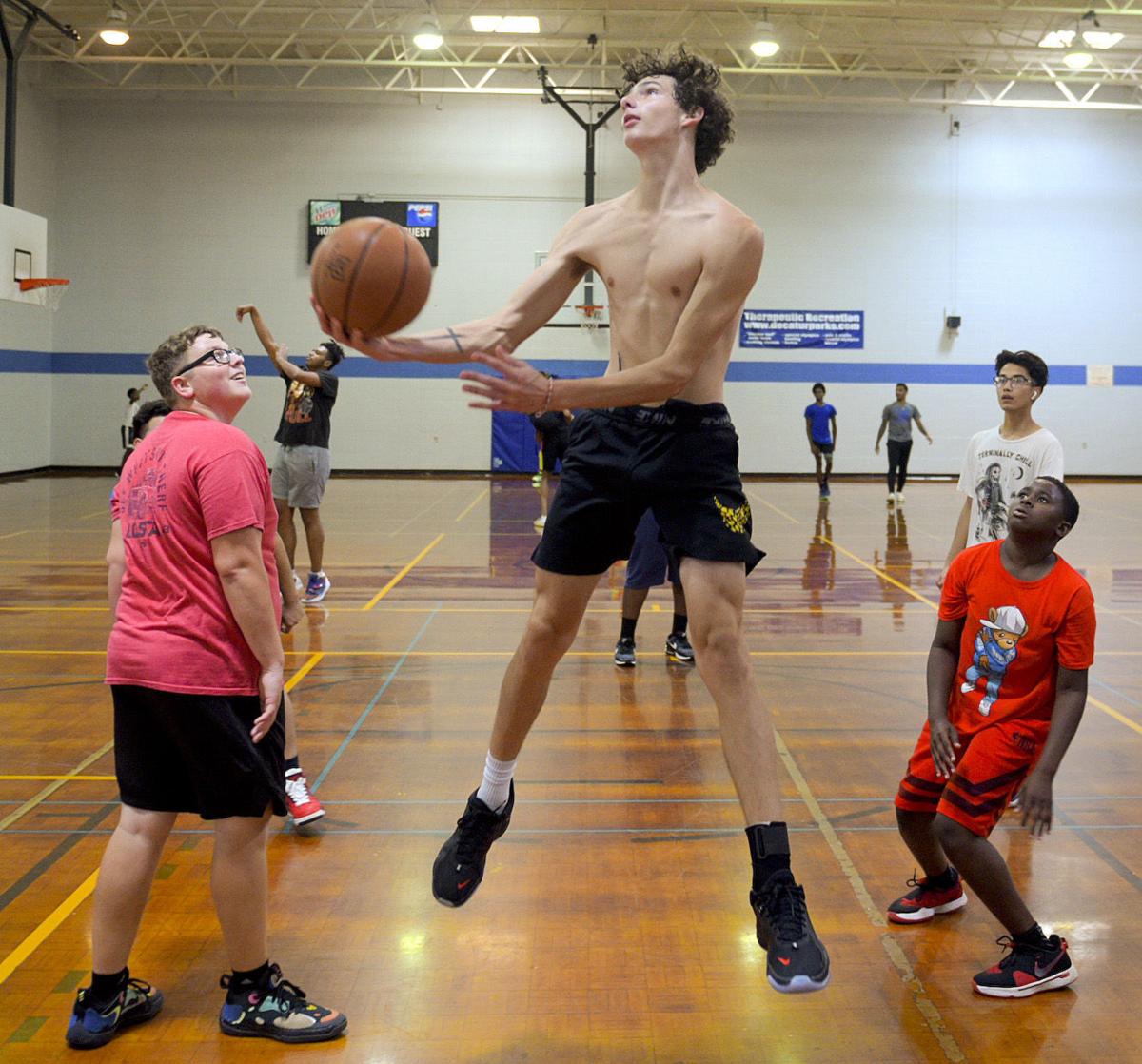 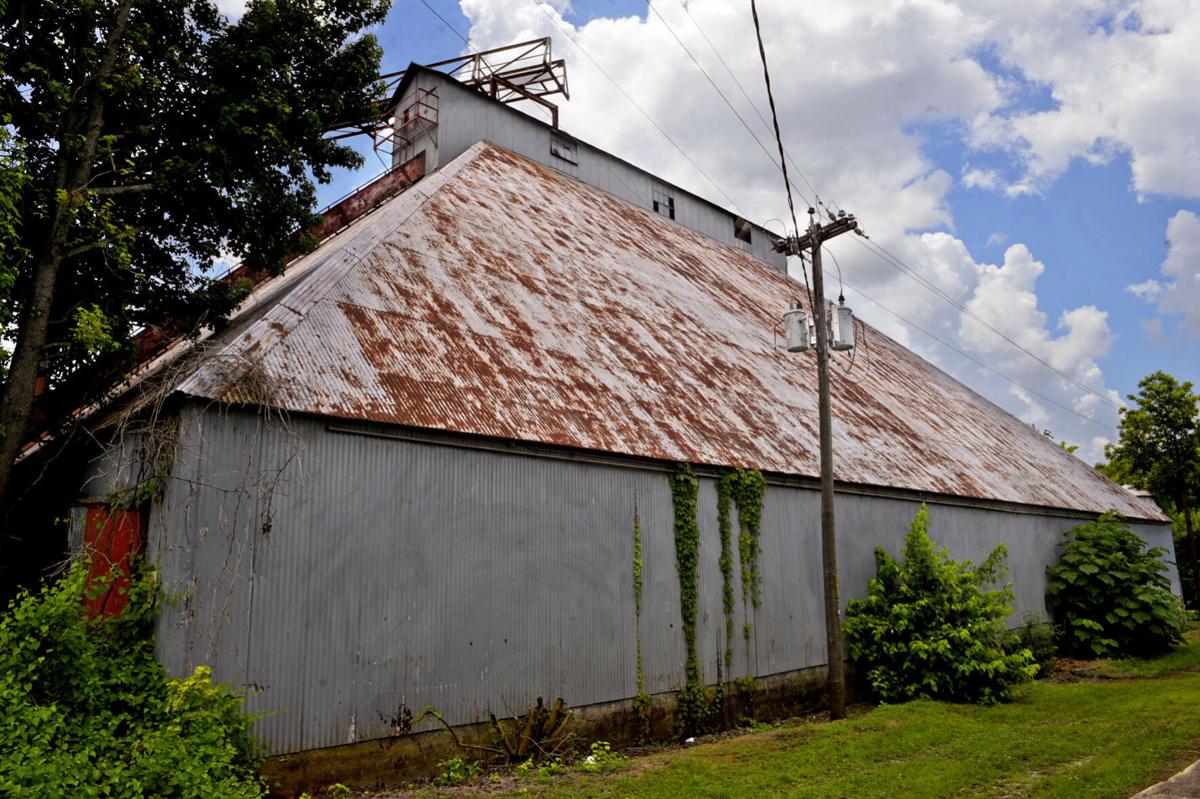 One potential location of a new recreation center would be on former Archer-Daniels-Midland property just west of the CSX railroad tracks and north of West Moulton Street. [JOHN GODBEY/DECATUR DAILY]

The Aquadome Recreation Center is part of 25 acres of city property above a closed landfill. The property could be affected by any settlement of litigation involving the city and 3M Decatur. [JOHN GODBEY/DECATUR DAILY] 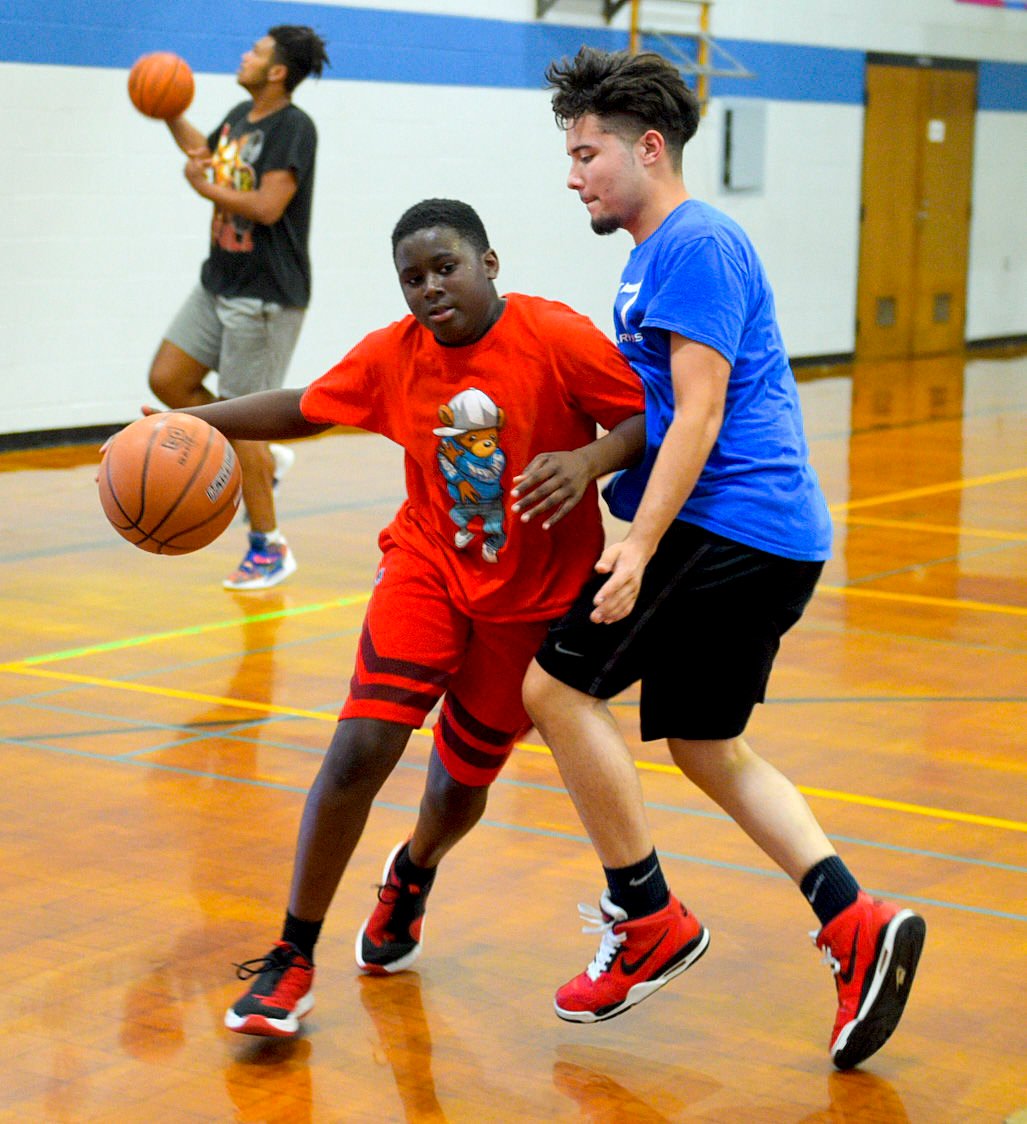 Youth enjoy a game of half-court basketball at the Aquadome Recreation Center, one of three centers the city built in the 1960s. [John Godbey DECATUR DAILY]

One potential location of a new recreation center would be on former Archer-Daniels-Midland property just west of the CSX railroad tracks and north of West Moulton Street. [JOHN GODBEY/DECATUR DAILY]

The Aquadome Recreation Center is part of 25 acres of city property above a closed landfill. The property could be affected by any settlement of litigation involving the city and 3M Decatur. [JOHN GODBEY/DECATUR DAILY]

Youth enjoy a game of half-court basketball at the Aquadome Recreation Center, one of three centers the city built in the 1960s. [John Godbey DECATUR DAILY]

“All of the (city recreation center) buildings are about the same age,” Ladner said. “We really need to think about whether we need to invest in these old buildings or think about would we do better with a large, centralized rec center.”

The trend for cities is building centralized recreation centers like Athens’ $16.1 million center that opened last summer on U.S. 31, according to Ladner. He, fellow Councilman Carlton McMasters and Decatur Parks and Recreation Director Jason Lake recently toured this new center.

The center has three full-size basketball courts, an indoor walking track and fitness center and two racquetball courts. On the outside, it has six tennis courts and two sand volleyball courts.

“It’s nice,” Lake said. “And it’s something that would bring people into our city.”

Ladner said a possible recreation center "is all conceptual right now," but he would like to have a center similar to Athens' new facility. He said a Decatur center would need multiple basketball/volleyball courts, meeting rooms and a pool.

"We would definitely need several (basketball) courts because I believe we need to eventually consolidate all of the rec centers we have in the city into one center," Ladner said. "I personally don't see that it's money well spent to continue to spend millions of dollars on old buildings. We need new everything."

McMasters said a large recreation center is a “pie in the sky” idea right now.

“I would love to have one, but we don’t know how we’d pay for it and where we would put it,” McMasters said. “We don’t even have any idea about the size, cost or any of the details.”

McMasters said he believes it’s the right idea to move away from the neighborhood-style recreation centers as some other cities have done.

Councilman Billy Jackson disagreed, saying the neighborhood concept that city leaders had in the 1960s when they built three of the four recreation centers has worked for Decatur.

Carrie Matthews Recreation Center was built in the early 1960s, but it’s slated for a complete renovation starting late this summer. The Aquadome and T.C. Almon were built in the late 1960s.

Fort Decatur is a former military armory built in 1938 and then renovated as a recreation center in 1977.

Lake said the city’s centers are beginning to show their age despite all of the city’s maintenance efforts.

“You can keep them clean, paint them and our maintenance people do a good job of maintaining the facilities, but you can’t make it new,” Lake said. “I think the expectation of our citizens is we should have nice facilities, and that’s an expectation I think we can meet.”

Lake said the city needs a recreation center with multiple basketball courts, “which would solve the issues we’ve had lately with space for the youth basketball leagues.” The courts could also host cheerleading events, gymnastics programs and other indoor competitions.

The center would have multi-use rooms for meetings and uses like aerobic classes and special needs activities. Lake would like rooms for indoor pickleball courts and table tennis.

Lake proposed turning the Point Mallard Ice Complex into a facility that would meet some of these needs after major deterioration in equipment shut down the ice rink in 2019.

The City Council faces vocal opposition to using the property for anything other than an ice rink, but it remains closed because of the $1.2 million repair estimate.

Ladner, who presented the idea for a new recreation center during a speech to the Decatur Kiwanis Club last month, suggested the facility could be built where the two former Archer-Daniels-Midland buildings are north of West Moulton Street and just west of the CSX railroad tracks.

The city owns the two former cotton seed warehouses. Officials tried unsuccessfully for a decade and a half to bring in small companies as anchors of a proposed Decatur Downtown Commons concept.

“This would put the new center within walking distance of the Alabama Center for the Arts and a new dorm that the Alabama Community College System is building off First Avenue Southeast,” Ladner said.

Other suggested locations are at the Jack Allen Recreation Complex, in the Old Moulton Road area, and in Flint near the Decatur Fire and Rescue training/administration center and Gale Montgomery Park's fields.

How to pay for it

The cost is the big issue. McMasters said a recreation center could be added to a bond issue the council expects to proceed with soon as part of the plan for the roughly $8 million Sixth Avenue streetscape plan.

“The city of Decatur is one of the most under-leveraged cities in the state,” McMasters said of Decatur's debt. “As a provider of services, we could do better.”

Councilman Hunter Pepper said he would be in support of a large, centralized recreation center as long as he knew how it would be funded.

“I support the Sixth Avenue streetscape plan, but that’s it,” Pepper said of the proposed bond. “We don’t need to add anything else to that bond issue.

“If the center is $10 million to $16 million, that kind of money could be used for so much more. Decatur has so many needs. The biggest one is our roads. There’s also beautification and parks that need to be upgraded.”

Decatur, 3M and other industries are defendants in cases involving PFOA and PFOS, two toxic chemicals in the PFAS family previously used by 3M and disposed of in and near Decatur. The lawsuits are currently stalled so the parties can seek a mediated settlement.

The Aquadome, nearby fields and a playground are on 25 acres owned by the city that are above an old municipal landfill that operated from the 1940s until 1964. It was the repository for both municipal and industrial waste, including from 3M after 3M-Decatur operations began in 1961.

Ladner and other councilmen said they couldn’t talk about the mediation but there is an expectation that any settlement will include the sale of the Aquadome and the surrounding playground and athletic fields. 3M settled claims asserted by Decatur City Schools by buying the 15-acre Brookhaven Middle property, which is adjacent to the Aquadome, for $1.25 million.

“We’ll see what happens with the 3M lawsuit,” Ladner said.

Just because a centralized center works in another city does not mean it will work here. What Ladner is not taking into consideration is the poverty areas of the city, were a recreation center is vital to low income youth as a place to go to stay out of trouble. Besides what would be done with the old recreation centers? Would they not become like the nice building at Point Mallard built with taxpayers dollars that is an ice rink with no ice? But this is the council that has voted to spend millions for a one mile beautification project on sixth avenue which is putting lip stick on a pig.

If you must have "new", these rec centers need to remain where they are convenient for those who will be using them. A centralized location would prove to be too difficult for some users. And then there is the comment of how a centralized center would "bring people to the city". Either that is just a mindless talking point by a politician (promising "growth") or proof that our local government spends money to the benefit of people other than those who voted for them.

Local, neighborhood type rec centers would be the most beneficial for our youth. If the old centers are deteriorated that badly, raze them and build new ! If the number of new centers has to be reduced, then figure out how many need to be rebuilt by their current usage rates. This is NOT rocket science.

I agree wholeheartedly with the fact we need to spend more money on roads and ROW maintenance. The expense beautification project of Sixth Avenue downtown will make the politicians feel warm and fuzzy, and visitors may be impressed with the appearance of the landscaping, but the rest of the city remains an eyesore.

I was hoping this council would be smarter than the last one...

Much like the city should have built a large centralized high school.