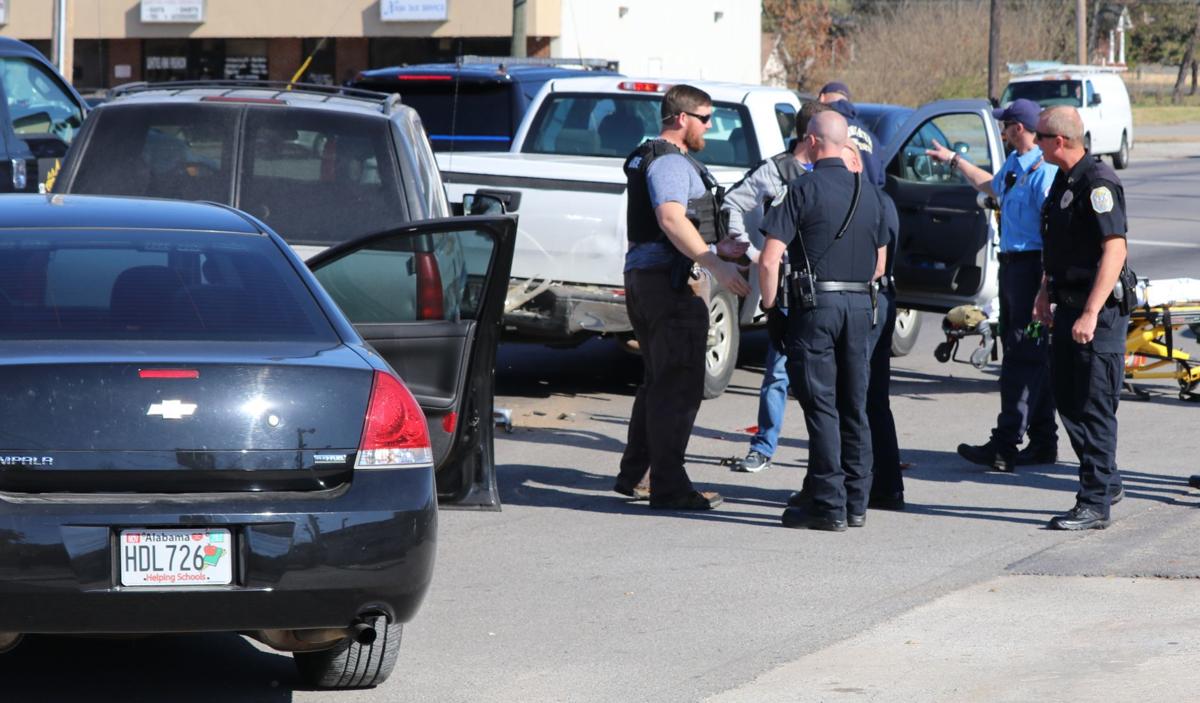 Decatur police stand next to the gray Chevrolet Tahoe that led them on a high-speed chase Tuesday shortly after its driver, Darius Lamont Moody, was taken into custody. The Tahoe rear-ended a white pickup at West Moulton Street and 12th Avenue, causing minor injuries to the pickup’s occupant. [ERIC FLEISCHAUER/DECATUR DAILY] 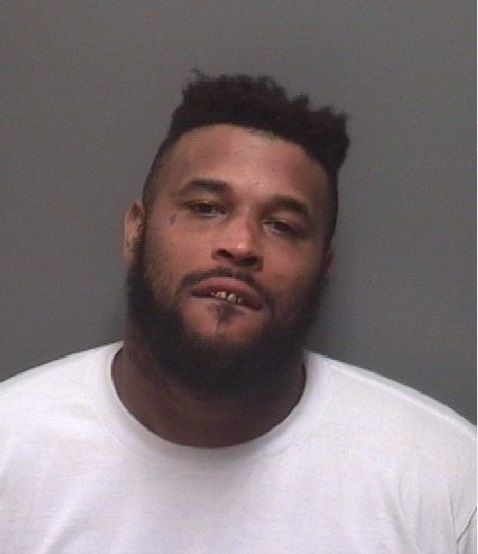 Decatur police stand next to the gray Chevrolet Tahoe that led them on a high-speed chase Tuesday shortly after its driver, Darius Lamont Moody, was taken into custody. The Tahoe rear-ended a white pickup at West Moulton Street and 12th Avenue, causing minor injuries to the pickup’s occupant. [ERIC FLEISCHAUER/DECATUR DAILY]

A Decatur man who led numerous police officers on a high-speed vehicular pursuit Tuesday that culminated in a wreck is being held without bond in the Morgan County Jail.

The chase began, according to Long, after Investigator Will Halbrooks saw Moody in a Chevrolet Tahoe at the Magnolia Motel at Sixth Avenue Southeast and Seventh Street. Moody had multiple warrants through the Decatur Police Department, a fugitive from justice warrant through the Alabama Department of Corrections, and over $85,000 in child support warrants, Long said, and Halbrooks and another officer approached him.

"Upon entering the parking lot, Moody saw the investigators and immediately fled in his vehicle. Moody then led officers on high-speed pursuit through the city of Decatur," Halbrooks said in a court affidavit.

Police used their vehicles to set up a loose perimeter that generally extended from Third Street Southwest to West Moulton Street. At one point the suspect was seen driving fast toward Second Street, running a stop sign and continuing toward West Moulton Street, with his front door partially open and two police vehicles in hot pursuit.

Blake McAnally of Pugh Wright on Tuesday said Matthews was treated and released from Decatur Morgan Hospital after being transported there by ambulance.

Moody pleaded guilty last year to felony sale of cocaine. His prison sentence was suspended and he was placed on two years of probation.

He pleaded guilty to the same offense in 2012, was sentenced to 20 years as a habitual offender, but was granted parole through a diversion program in 2017.

In his handwritten petition for parole, Moody in 2014 said he "seeks to demonstrate to the court, to his family and to society that he has changed. To say the petitioner has learned his lesson would be a gross understatement."