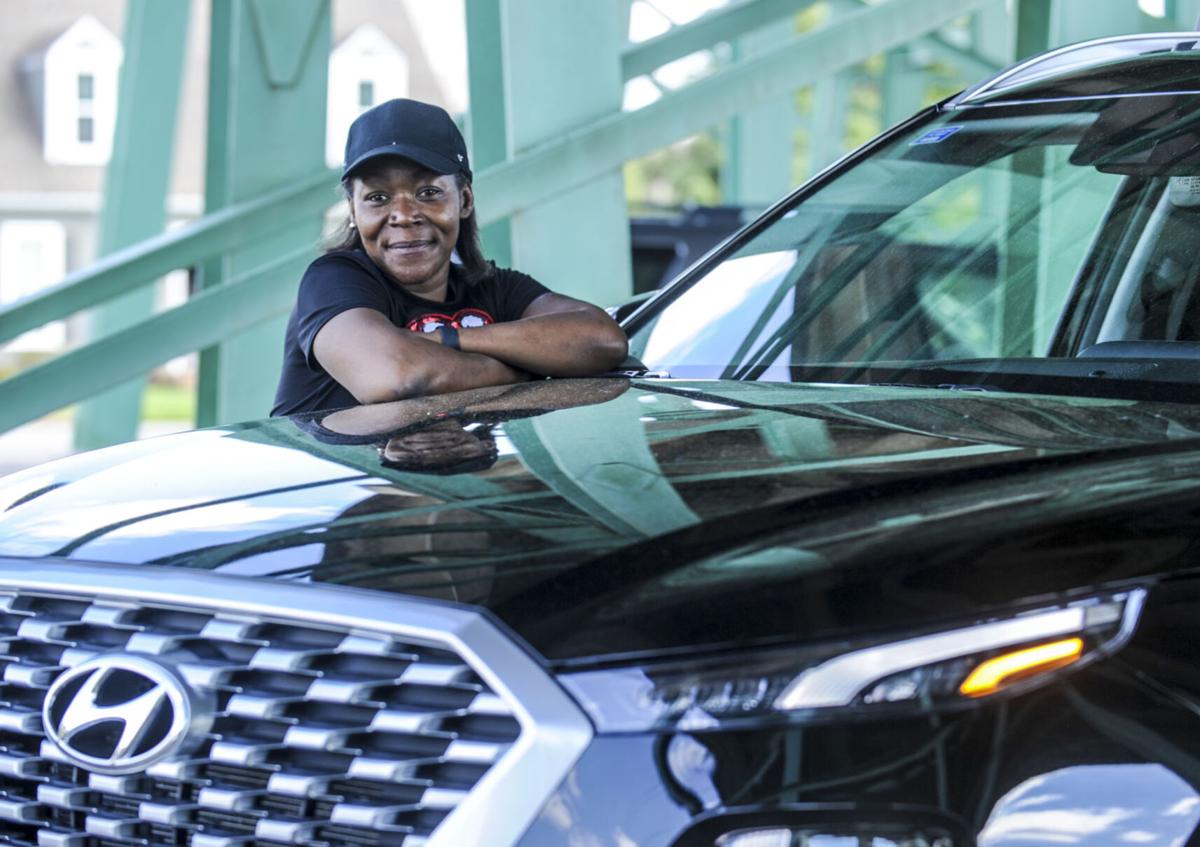 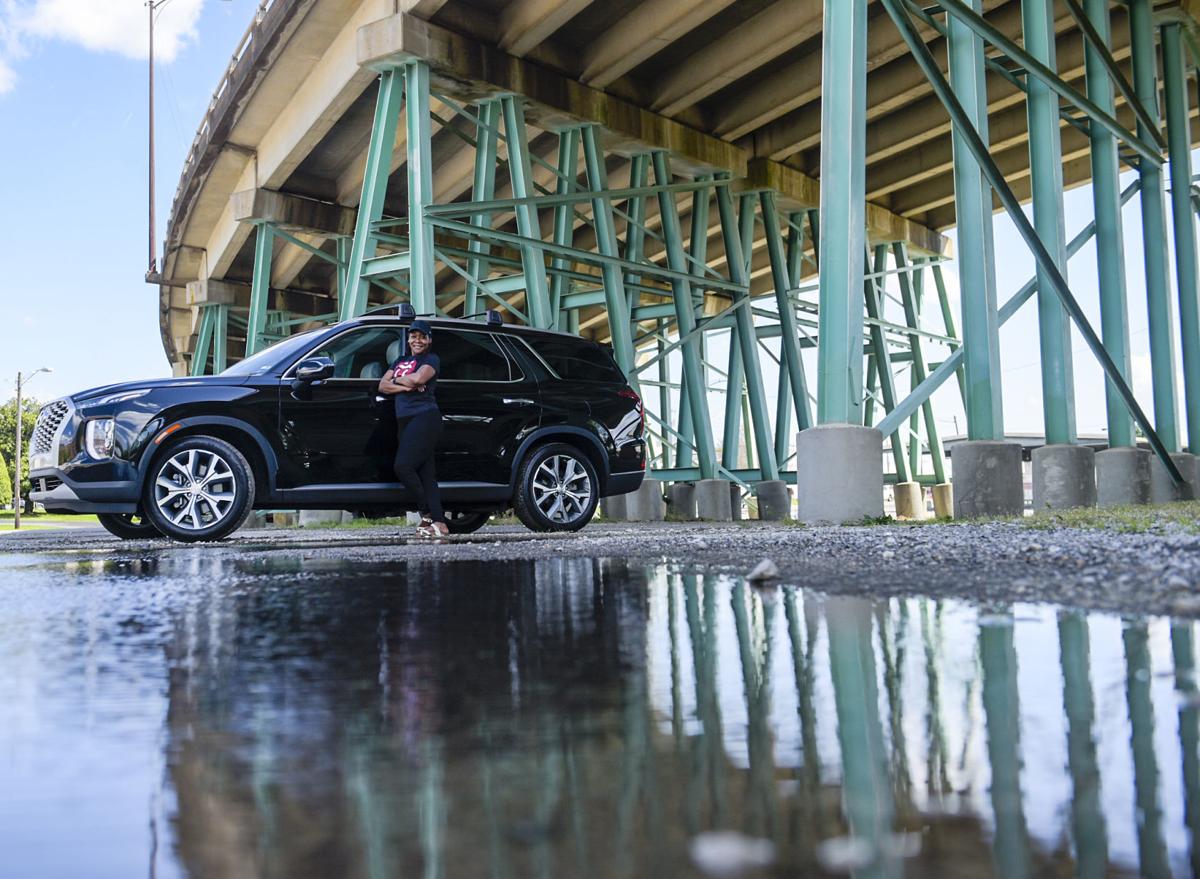 Decatur's taxi and ride-sharing options took a hit during the pandemic, but those in the business are beginning to see a rebound as COVID-19 cases decline.

One entrepreneur even sees room for a Decatur-based taxi service, despite the lingering effects of the pandemic and competitive pressures from private ride-sharing services and a public bus service.

A new taxi company, Fab Quality Rides, owned by Fannetta Arnold-Bogg, plans to begin operating on Decatur streets by the first of May. The city Board of Zoning Adjustments approved a variance for Arnold-Bogg to operate a home office out of her Kelly Avenue Southwest home.

She is working to get a certificate to operate on the city’s streets from the City Council, which this month held a first reading of the ordinance granting permission for her to operate. The council plans to vote on her certificate at its 10 a.m. Monday meeting. If approved, hers would be the only conventional taxi service headquartered in Decatur.

Originally Decatur Taxi, Custom Transportation has been operating in the city since 1992. Allred said her company no longer operates as a taxi service.

“We don’t do fares,” Allred said. “We work on scheduled appointments with billable businesses.”

Trans City Cab and Shuttle is based in Huntsville, but manager/driver Cerry James said the company has seven taxis that operate in Huntsville, Madison and Decatur, and the drivers are assigned daily to one of the three cities. James has been driving for Trans City for almost nine years.

James said business "was great" in Decatur prior to the coronavirus pandemic.

"The virus took a toll on the business, but it's getting better," James said.

James said business is inconsistent in Decatur. There are days with no customer calls, followed by good days with five or six pickups. He said most of the city's customers need rides to Walmart, a pharmacy, doctor's office and occasionally to and from Huntsville International Airport.

"I usually wait at Walmart, somewhere on the Beltline (Road) or Sixth Avenue," James said. "Most of my customers are running errands."

James said he occasionally picks up customers at one of the city's bars.

River City Cab, the only other cab company listed in Decatur in an internet search, is apparently no longer in business. The Secretary of State's Office says the corporation dissolved in August 2017.

Jasso said Decatur’s size has a lot to do with the difficulties cabs have had surviving over the years in the city.

“We’re not Chicago or Atlanta,” Jasso said. “Most people around here have a car, and sometimes people here just walk.”

Ride-share companies like Uber and Lyft began transporting Decatur residents in 2017 after the City Council passed an ordinance authorizing them to operate. A statewide law authorizing the services took effect in 2018.

However, James said he rarely sees any Lyft or Uber drivers when he's in Decatur.

On Thursday morning, the closest Lyft driver to downtown Decatur was in Tanner, according to the Lyft app, and the cost of a ride to Huntsville International Airport was $42. Uber had no drivers available in Athens or Decatur that morning, but it listed the cost of a ride from downtown Decatur to Huntsville International Airport as $52. On Friday morning, both Uber and Lyft showed one car in Decatur and Uber's cost for transport to the airport was listed as $39 with Lyft charging $36.

A Friday morning transport from downtown to the Walmart Supercenter on Spring Avenue would have cost about $15 with Lyft or $24 with Uber.

Chief Financial Officer Kyle Demeester said the state's 2018 ride-sharing law designates that the Public Service Commission receive 1%  of the tab for pickup. The state keeps half of the fee and the other half goes to the city or county in which the pickup occurs.

NARCOG Transit, formerly referred to as MCATS, continues to serve Morgan and Lawrence counties with its mini-bus service.

Robby Cantrell, executive director of North-central Alabama Regional Council of Governments, said they run 14 to 18 buses a day, but the coronavirus pandemic has impacted the number of daily riders.

NARCOG Transit picks up residents in the two counties by appointment on Monday through Friday from 8 a.m. to 5 p.m.

“At one point last year we were down to one rider at a time because of social distancing,” Cantrell said. “We increased our numbers onboard to two at a time in the last few weeks. We will increase this number as time passes and COVID cases continue to drop.”

Cantrell still hopes to create a route-based schedule with set pickup points, but the pandemic put his plans on hold for now.

A Gainesville, Florida, native, Arnold-Bogg said she plans to start with two cars. She plans to drive one of the cars initially.

She also plans to offer limousine service to the casinos in Tunica, Mississippi, in the future. She said she will start with her Hyundai Palisade but she is looking to buy a limousine.

Arnold-Bogg said she knows taxi companies struggled to survive over the years in Decatur, but she has a plan.

“I’ll support my taxi company until it gets stable with my cleaning business,” Arnold-Bogg said.

Arnold-Bogg also said she has some computer experts working on an app that’s similar to those used by Lyft and Uber.

“A person will be able to schedule a ride, watch the app to see where we are and pay our fare,” Arnold-Bogg said.

Mayor Tab Bowling said Decatur needs a taxi service like the one planned by Arnold-Bogg.

“They can be very useful in providing a service that we need to keep our unemployment low,” Bowling said. “Or, if someone goes out to dinner and has wine, they can call and stay safe with a ride.”