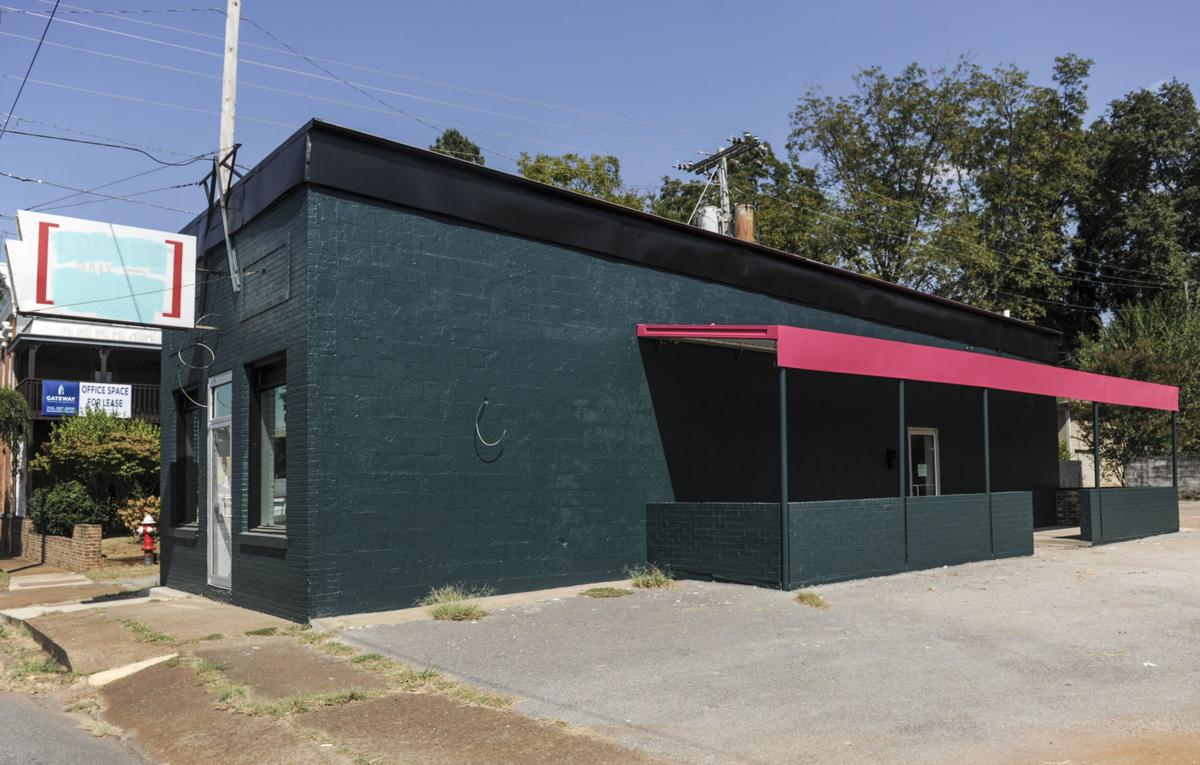 Owner Robert Matthews hopes to reopen C.F. Penn Hamburgers at its new location, 214 Sixth Avenue S.E., between late October and Thanksgiving. The new location is at the corner of Sixth and Grant streets, across from Zaxby's. [JERONIMO NISA/DECATUR DAILY] 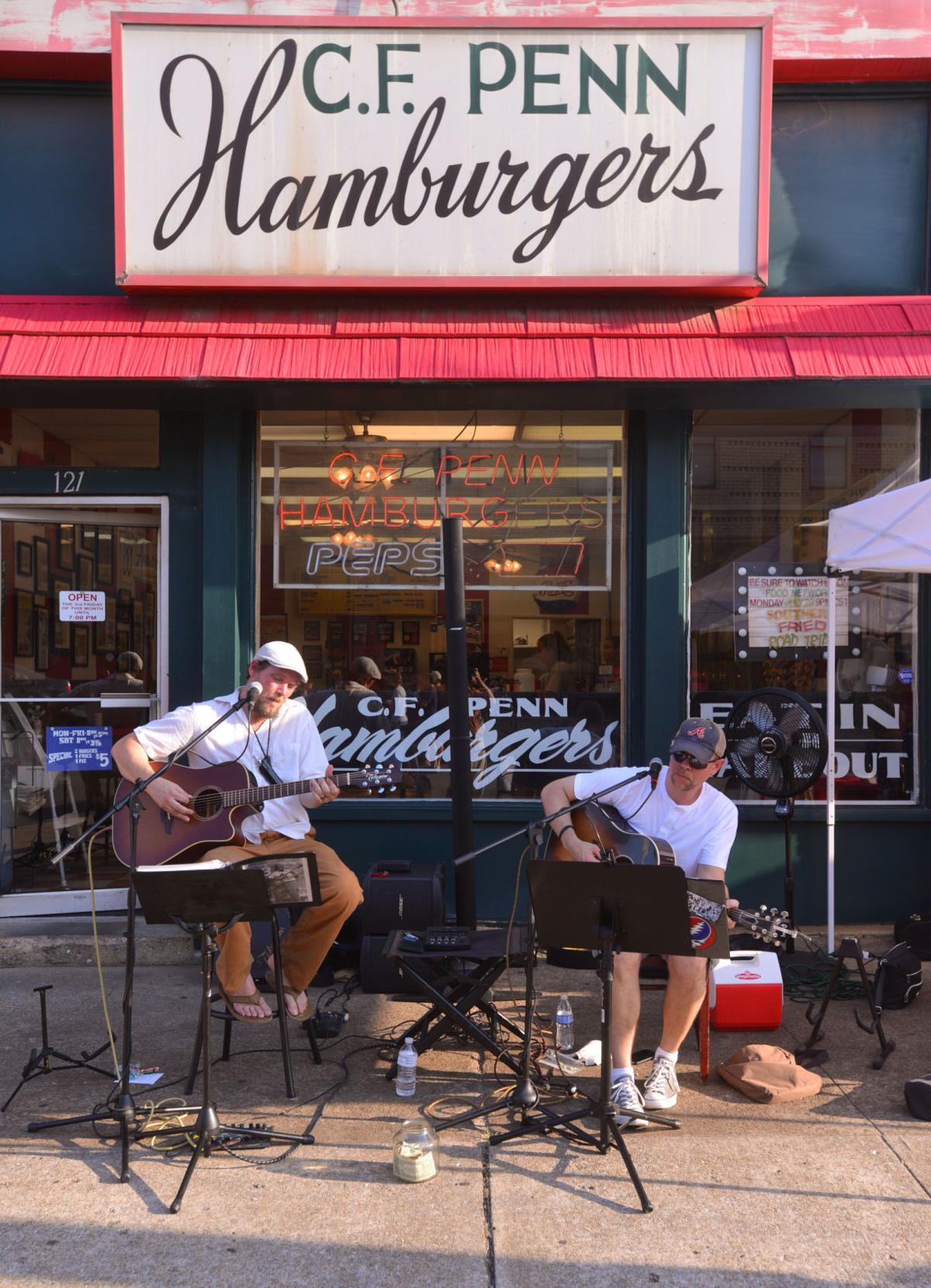 The sign above C.F. Penn Hamburgers at its old East Moulton Street location, shown in 2015, and the neon window sign will be moved to its new location, restaurant owner Robert Matthews said. The new location's exterior green color is meant to match the eatery's old home. [DECATUR DAILY FILE PHOTO]

Owner Robert Matthews hopes to reopen C.F. Penn Hamburgers at its new location, 214 Sixth Avenue S.E., between late October and Thanksgiving. The new location is at the corner of Sixth and Grant streets, across from Zaxby's. [JERONIMO NISA/DECATUR DAILY]

The sign above C.F. Penn Hamburgers at its old East Moulton Street location, shown in 2015, and the neon window sign will be moved to its new location, restaurant owner Robert Matthews said. The new location's exterior green color is meant to match the eatery's old home. [DECATUR DAILY FILE PHOTO]

“You had to turn sideways to get in the bathroom,” said Matthews, the eatery’s owner. “The door was only about 20 inches wide. So I’d tell my customers, ‘If you’re going to go to the bathroom, I suggest you do it before you eat your Penn's or you’re not going to be able to fit.’

“Oh, that place had a lot of character.”

That location no longer exists, the victim of an April 3, 2018, storm, but Matthews says the 92-year-old restaurant’s new home at 214 Sixth Ave. S.E. should be ready to open between late October and Thanksgiving, and he hopes to retain some of the iconic eatery’s appearance and history.

“I’m trying to open as soon as I can,” he said. “I’ve been renting an empty building since January. I had to do a lot of work to it.”

He said in addition to renovating the building, which once was a steakhouse but more recently has been a fishing tackle shop and used auto dealership, he had to install a 1,000-gallon grease trap and move to the roof an exhaust system hood that stuck out too far into the alley north of the building.

He said installation of flooring will begin soon, and then equipment, most of it new, will be connected. He estimated the cost of equipment, renovations and parking lot improvements will be close to $250,000 by the time the restaurant reopens.

The restaurant opened in Hartselle in 1927 and moved to Decatur in 1939. It had been in the East Moulton Street location near Second Avenue for 45 years when high winds damaged the building that housed it, Downtown Dawgs and a vacant restaurant location. The building was demolished in January.

Decatur attorney Brian White, administrator of a Penn fan site on Facebook that had 3,176 members Friday, said he’s eager for the restaurant to reopen.

“Everybody’s ready to get their Penn's fix. The neat thing about Penn's is it’s about more than the hamburgers. It’s about nostalgia: ‘I went to Penn's with granny after the Christmas parade downtown.’

“I was raised on them. And it kind of is part of the Decatur native’s identity that you have your favorite Penn's order. Mine is a double cheeseburger, ketchup only.”

The old Penn Hamburgers had a checkerboard orange-and-white floor, and Matthews, who bought the restaurant in 2017, said the new floor will have a similar design but the colors won’t be faded.

“It looked like Tennessee (orange) when you walked in, but it was red originally. So I went back to red. The walls are red and white. That’s the way they were originally.”

The new building of almost 1,000 square feet will seat about 32 people when it’s finished. Some of the stools and tables were salvaged from the East Moulton building and will be in the new location.

The Sixth Avenue location's exterior green color is meant to resemble the paint around the old front. The new interior will be long and narrow, much like the East Moulton site.

“It’s really just like a replica of the old Penn's, just cleaner and nicer,” said Miranda Church, who has worked at the restaurant about seven years and been manager since 2017.

And the restroom will be about 88 square feet, have a wider entrance and be handicapped-accessible. “Tell them to eat all they want," Matthews said.

Church and five other employees from the old building plan to work at the new location, including cook Mary Lou Terry, who has been with the restaurant more than 40 years.

“We’ve missed it so much,” Church said. “It’s going to be great” to reopen.

Matthews said signs from the previous location will be put on the south side of the renovated building facing the parking lot. He is still trying to find a way to have visibility to motorists traveling south on Sixth Avenue because an existing sign structure in the building’s front no longer complies with regulations.

“Anything that’s going on like at Point Mallard and all that, we’ll catch some of that,” Matthews said. “We’ll catch the tourism trade.”

Memorabilia from the old building — “newspaper articles, signs that were up on the wall,” Matthews said — will be placed in the new location.

And a spot will be found for a plaque listing the roughly dozen names of customers who’ve eaten 10 Penn burgers in one sitting — after one item of, well, “unfinished” business.

In March of 2018, a customer had eaten 9½ burgers and said he couldn’t finish the 10th. Church told him he could pay his bill of about $20 if he didn’t finish them or eat free by consuming the 10th.

“That gave him inspiration right there,” she said. “I knew he could do it.”

The customer finished the 10th burger and Matthews had the name engraved.

“But we didn’t get it up before the tornado came,” he said. “I’m looking forward to putting that plaque up because he never got recognized for eating all 10 of them.”