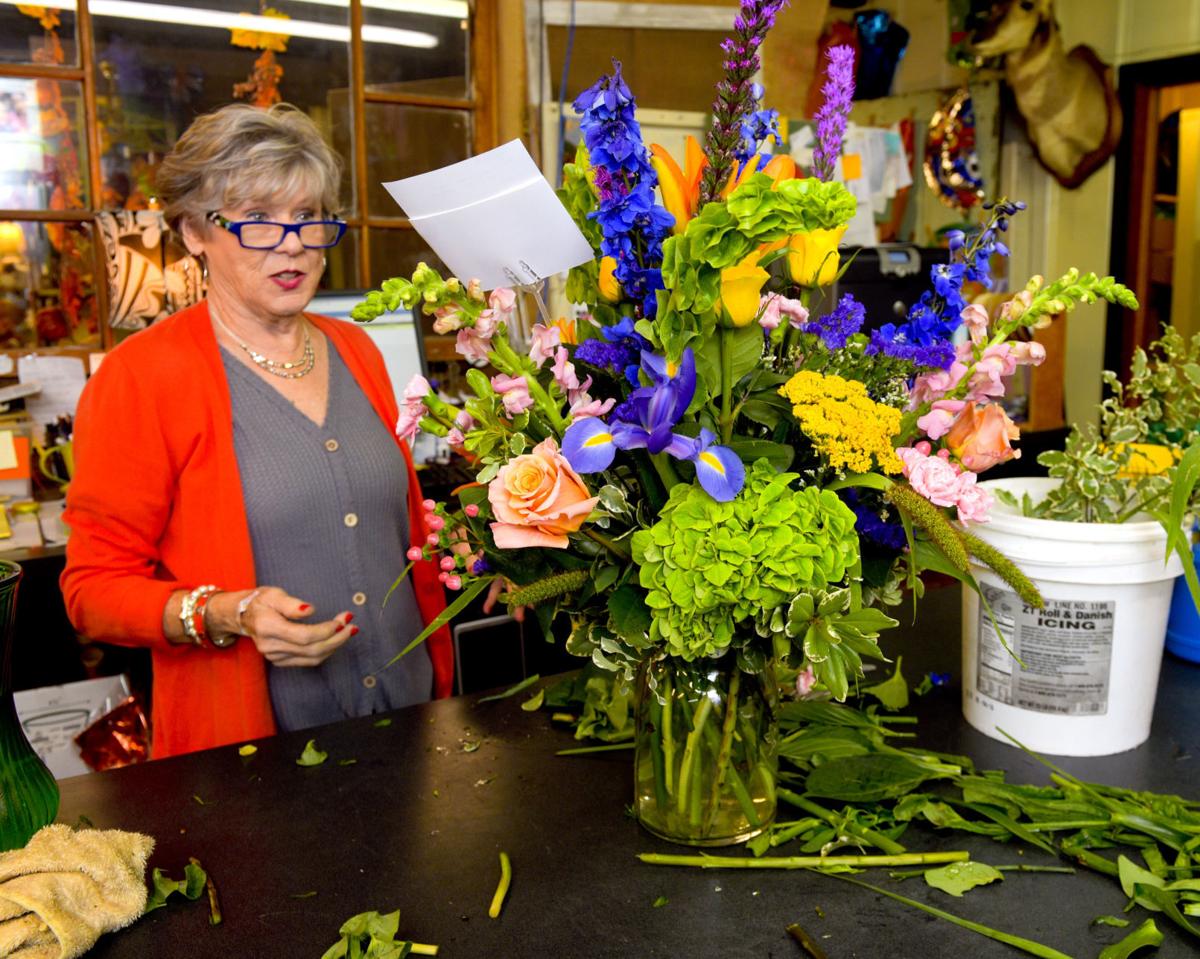 Owner Becky Johnson arranges a bouquet at Decatur Nursery and Florist. The business requested rezoning so it could make renovations but was turned down by the Planning Commission. [JOHN GODBEY/THE DECATUR DAILY] 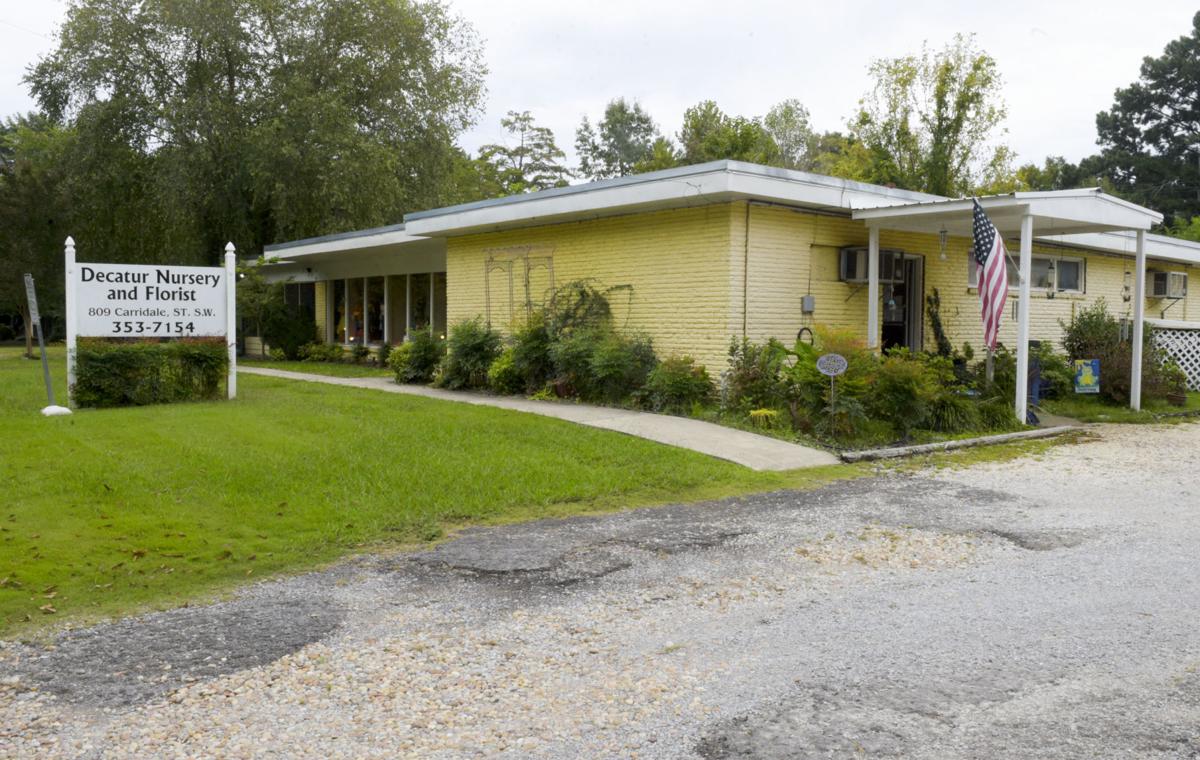 Decatur Nursery and Florist on Carridale Street Southwest requested to be rezoned so it could make renovations but was turned down by the Planning Commission. [JOHN GODBEY/THE DECATUR DAILY]

Owner Becky Johnson arranges a bouquet at Decatur Nursery and Florist. The business requested rezoning so it could make renovations but was turned down by the Planning Commission. [JOHN GODBEY/THE DECATUR DAILY]

Decatur Nursery and Florist on Carridale Street Southwest requested to be rezoned so it could make renovations but was turned down by the Planning Commission. [JOHN GODBEY/THE DECATUR DAILY]

The Planning Commission rejected the request by the owners of a World War II-era business, Decatur Nursery and Florist, to rezone their property even though the owners said the decision could threaten the continued viability of their store.

Owner Becky Johnson asked the Planning Commission to rezone her 1.53 acres at 809 Carridale St. S.W. from residential-2 to business-2 because the new zoning district would allow for a possible major renovation or replacement of the store building.

However, the Planning Commission voted unanimously Tuesday against the rezoning of the property in the Austinville area of Southwest Decatur.

The Johnson family can, however, appeal the commission’s vote to the City Council. City Planner Matthew Marquis said Becky Johnson notified him Tuesday that she is appealing the decision.

Established in 1944, Decatur Nursery and Florist opened in this location before Decatur annexed Austinville into the city, which occurred in 1956. The city grandfathered the nursery in as a business at the time of the annexation even though it was zoned residential.

Johnny Johnson bought the business from Raymond Matthews in 1969-70. With her husband retired, Becky Johnson is running the shop with the help of her daughter, Ashley.

Ashley Johnson told the commission that as her mother prepares to retire soon and pass on the business to her children, the family and business are at a crossroads.

“We’re at a point where we need to tear the building down and rebuild or go a different direction,” Ashley Johnson said.

In an email to the Planning Commission, Carridale Street neighbor Marguerite Clem urged the commission not to rezone the Johnson property.

“I would hate to see the impact on this Decatur neighborhood,” Clem wrote. “It would also impact traffic in the neighborhood.”

Planning Commissioners Frances Tate and Myrna Burroughs said they are also concerned about how improvements to the business could affect homes around it.

Planning Commission Chairman Kent Lawrence said a B-2 zoning would open up the property to other types of businesses in the future, like a convenience store.

Ashley Johnson said the family believes the property is only valuable as a business because the neighborhood has deteriorated to the point they believe no one would buy the property and build a home there.

“We’re getting a lot of homeless coming into the neighborhood from the Salvation Army (on 14th Street Southwest) and most of the homes are now rentals,” Ashley Johnson said.

Becky Johnson said a police officer told her that Austin Street just west of Carridale has a lot of drug and crime problems.

As a counter to Clem’s opposition, Ashley Johnson pointed out that Carridale is already one of the city’s busiest streets as drivers cross between Danville Road and 14th Street/Austinville Street.

While her business is in the middle of Carridale Street, Becky Johnson added that a convenience store and a liquor store are on the north end of her street and other businesses are just a block to the west on Spring Avenue.

Lawrence said an established business cannot make more than a 50% improvement and maintain its status as a grandfathered business.

Ashley Johnson estimated it would take about $200,000 to replace the building and make the property sellable in the future. Her mother added that they would like to find another location over doing improvements if there’s a limit to what they can spend on the existing business.

“We simply want to improve the neighborhood,” Becky Johnson said. “Why would we put money into the property if further down the line we can’t sell it as commercial property?”

In other business, the Planning Commission:

• Approved the rezoning of 0.35 of an acre at 2009 Cleveland Ave. S.W. from residential-2 to residential-4 for Juan Mariano Guitierrez Hernandez.

Speaking through an interpreter, Hernandez said he wants to build a duplex on the property, and R-4 allows for multi-family homes.

Lawrence said the duplex would improve the neighborhood, which is also in the Austinville area and just over a block away from the florist.

Marquis said the lot is in the middle of several vacant lots. The two on each side of the property are zoned R-2 for single-family homes but there are other duplexes in the area.

• Approved a site plan for the new Decatur Fire & Rescue Station 5 at the corner of Danville and Modaus roads in Southwest Decatur.

She doesn't have enough money to buy the rezoning. The city had no problem at all rezoning for business in my neighborhood; I have a Publix shopping center 100 yards from my front door. The mayor won't even enforce the code for landscaping between the business and residential sides. You HAVE to have money before our politicians will do what needs to be done. I wish the whole corrupt bunch was in prison. Has to be some shady dealings going on somewhere......

So at the same meeting where more apartments are approved in Austinville, a long time Austinville business is snubbed. Shame on you.

It's a dilemma. Decatur uses Carridale as a major SW rout, making it probably the busiest "residential" street in the city. Closing the nursury will reduce traffic through there only a tiny bit. In fact, build apartments and you'll get even traffic and noise.