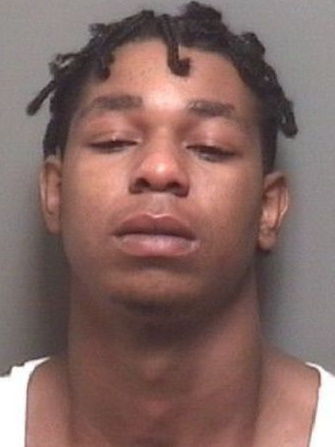 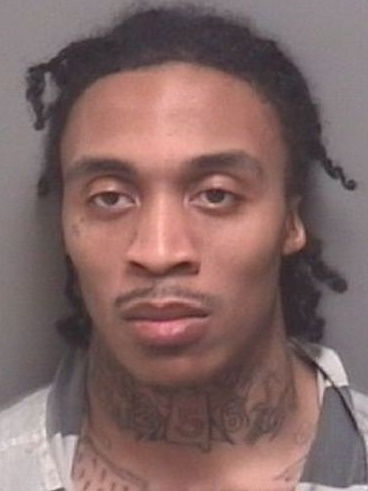 One capital murder suspect was in jail and another remained at large Saturday after Decatur police used surveillance cameras and an anonymous tip in their effort to solve a crime.

Mashaud Tyliek Lewis, 21, is in the Morgan County Jail without bond, charged in last Sunday's shooting death of 59-year-old Chester Jordan of Decatur. A capital murder arrest warrant was outstanding for Antone Lamar Yarbrough, 27. Both defendants are from Decatur.

Police requested help from the public Friday in locating Yarbrough, but warned that he is considered armed and dangerous and should not be approached.

Jordan was suffering from multiple gunshot wounds when police responded to a call at 10:50 p.m. last Sunday and was transported to Decatur Morgan Hospital, where he was pronounced dead at 11:32 p.m., according to Morgan County Coroner Jeff Chunn.

According to an affidavit filed in Morgan County District Court on Friday by Detective Sean Mukaddam, a witness told police that Jordan had left a "known drug house" near Sixth Avenue Northwest and First Street Northwest at about 9:30 p.m. last Sunday. An anonymous tip received by police advised Jordan was later seen at a convenience store.

Police viewed the video surveillance from the store and saw Jordan entering alone and a sedan pulling into the rear parking lot seconds later.

A man later identified as Yarbrough was then seen entering the store, Mukaddam wrote, and "it appears Yarbrough looked at Jordan holding a large amount of money."

On the audio feed from the surveillance system, Yarbrough could be heard asking Jordan for a ride, according to the affidavit. Mukaddam said Jordan agreed and they got into Jordan's vehicle together.

Lewis saw the two driving away and followed in the sedan at 9:36 p.m., according to Mukaddam's description of the video.

The next surveillance video viewed by police came from cameras at Decatur Youth Services on Eighth Street Southwest, which captured an image of Jordan's vehicle at 9:39 p.m. A witness attempted to call Jordan beginning at 9:46 p.m. and never got an answer, Mukaddam said.

Lewis gave a statement to detectives Thursday at the Police Department.

"Lewis explained the initial plan was to rob Jordan," according to the affidavit. Lewis told police that he, Yarbrough and a driver referred to by Lewis as "Fat Morris" followed Jordan to the convenience store from the drug house, Mukaddam wrote.

"Lewis said he had a change of heart at the store and attempted to get Yarbrough to stop but it was too late," according to Mukaddam, and he had the driver drop him off on Fifth Avenue Southwest.

"Lewis made no attempt of notifying law enforcement authorities or to warn the victim (of) the planned robbery," Mukaddam wrote.

The penalties for capital murder are death or life in prison without the possibility of parole.

Lewis was also charged Friday with unlawful possession of marijuana.

Jordan was found unresponsive last Sunday night in the parking lot of an apartment complex at 1220 Second Ave. S.W., east of the Aquadome Recreation Center where Decatur Youth Services has offices.

Yarbrough was previously charged with second-degree assault for allegedly shooting a victim multiple times in May 2016 at Alabama 67 and Country Club Road. The victim survived the shooting, and a trial was scheduled for October 2018. The case was dismissed when, according to an order by Morgan County Circuit Judge Jennifer Howell, "the State announced that it was unable to proceed as the victim was not present."

Lewis is currently under indictment for allegedly using force in September 2019 to rob a man who was attempting to buy drugs from him at a Glenn Street Southwest apartment. Lewis, according to police, was assisted by two other people as they attacked the victim and took his cellphone, wallet and clothes. One of the suspects videotaped the incident, according to police, and broadcast it live on Facebook.

Lewis was released with an ankle monitor on $20,000 bond and entered a life skills class at Decatur Youth Services, according to court records. A DYS report filed with the court in January 2020 said "he's a great kid with a big heart that had to face a lot of tough adversity growing up." His trial in the second-degree robbery case is set for Sept. 13.

Folks of this community are a mess. They should be ashamed to be apart of this. It makes them look bad.