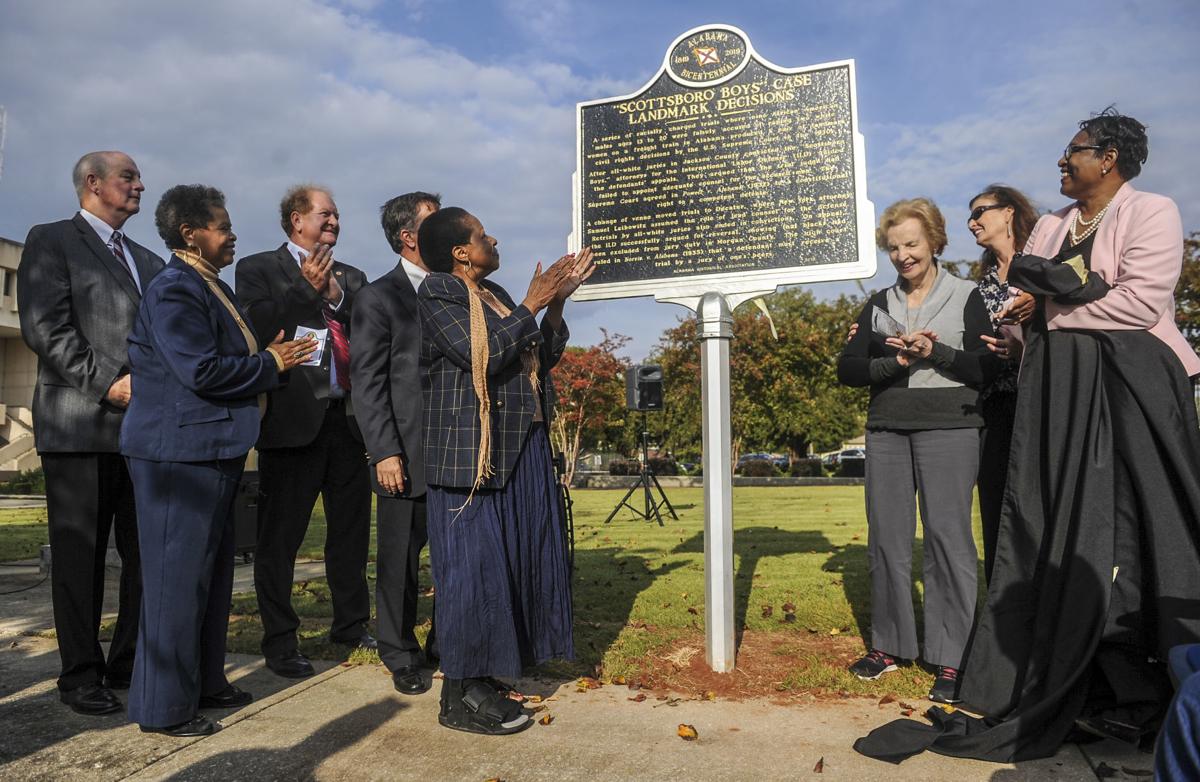 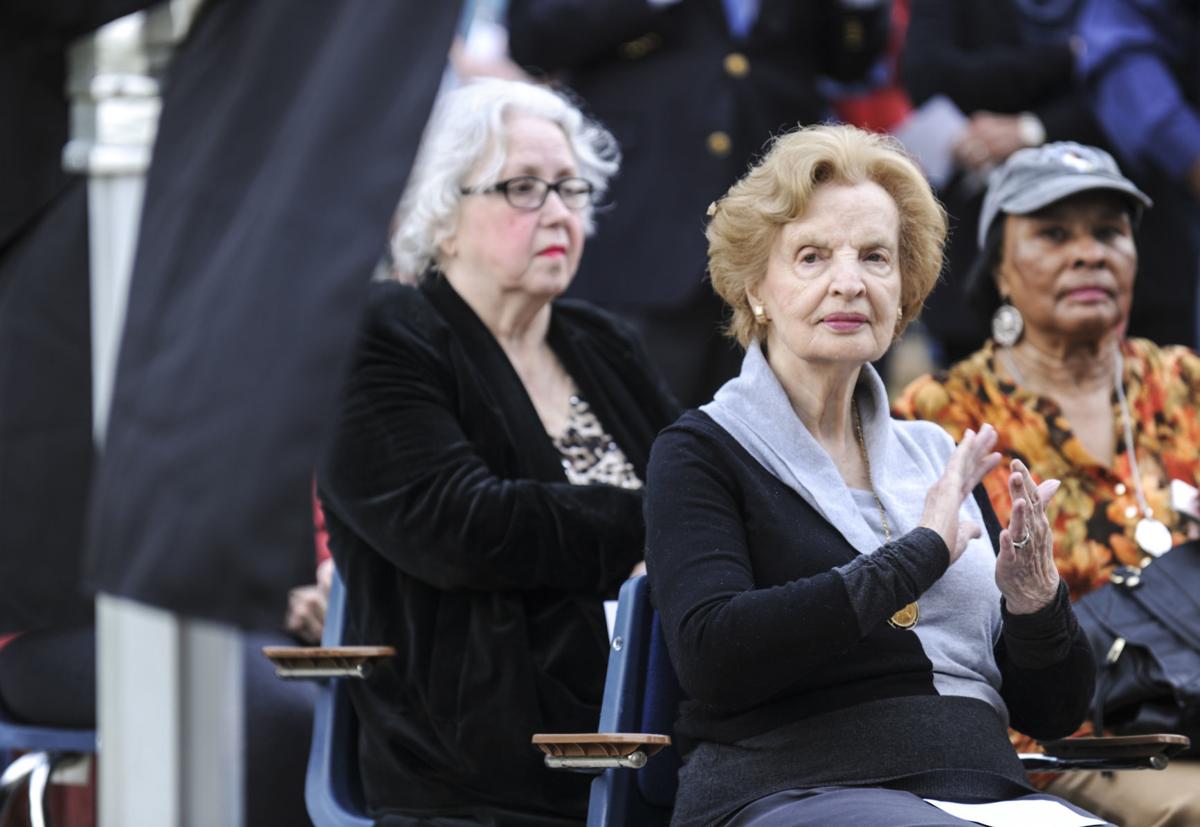 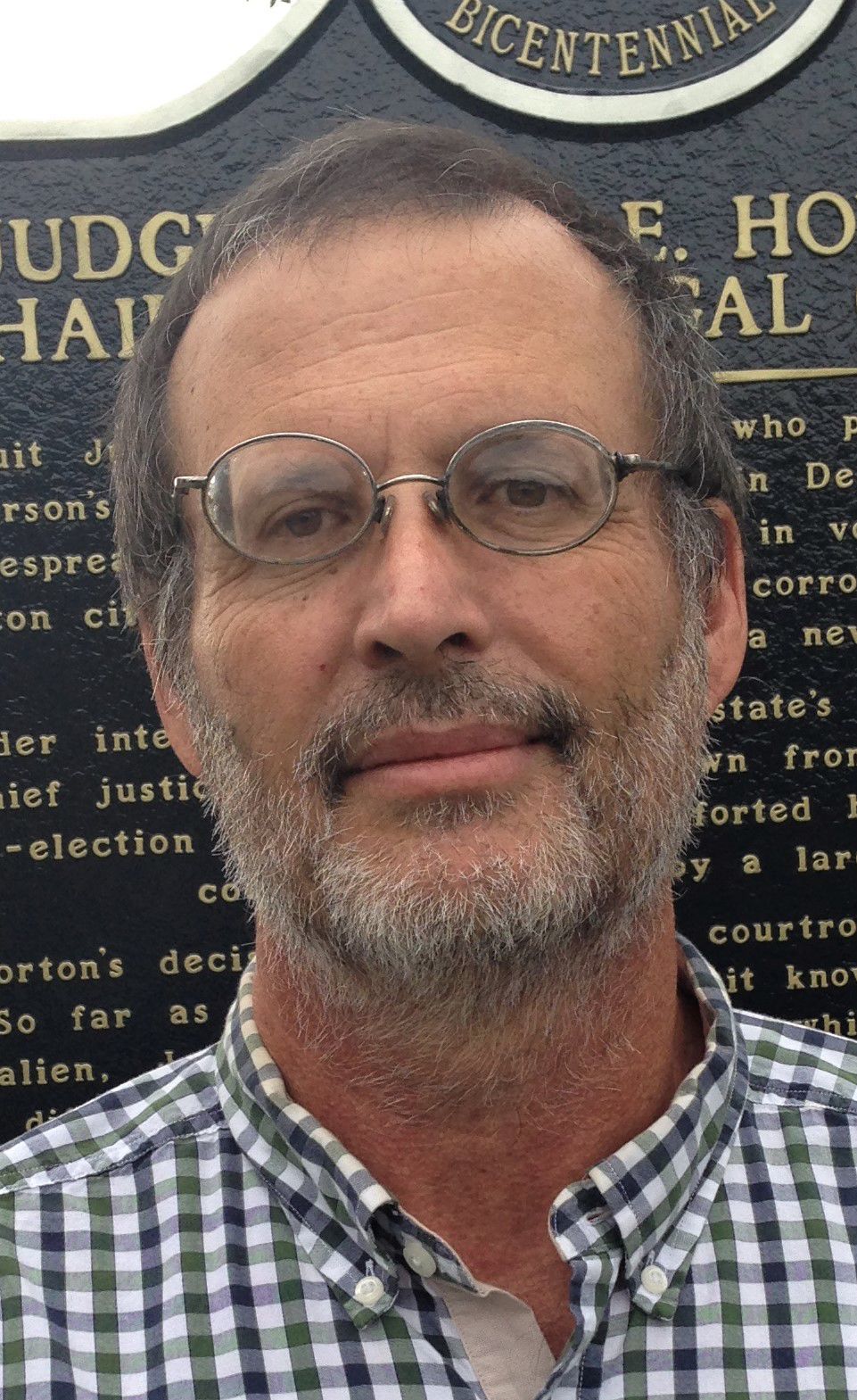 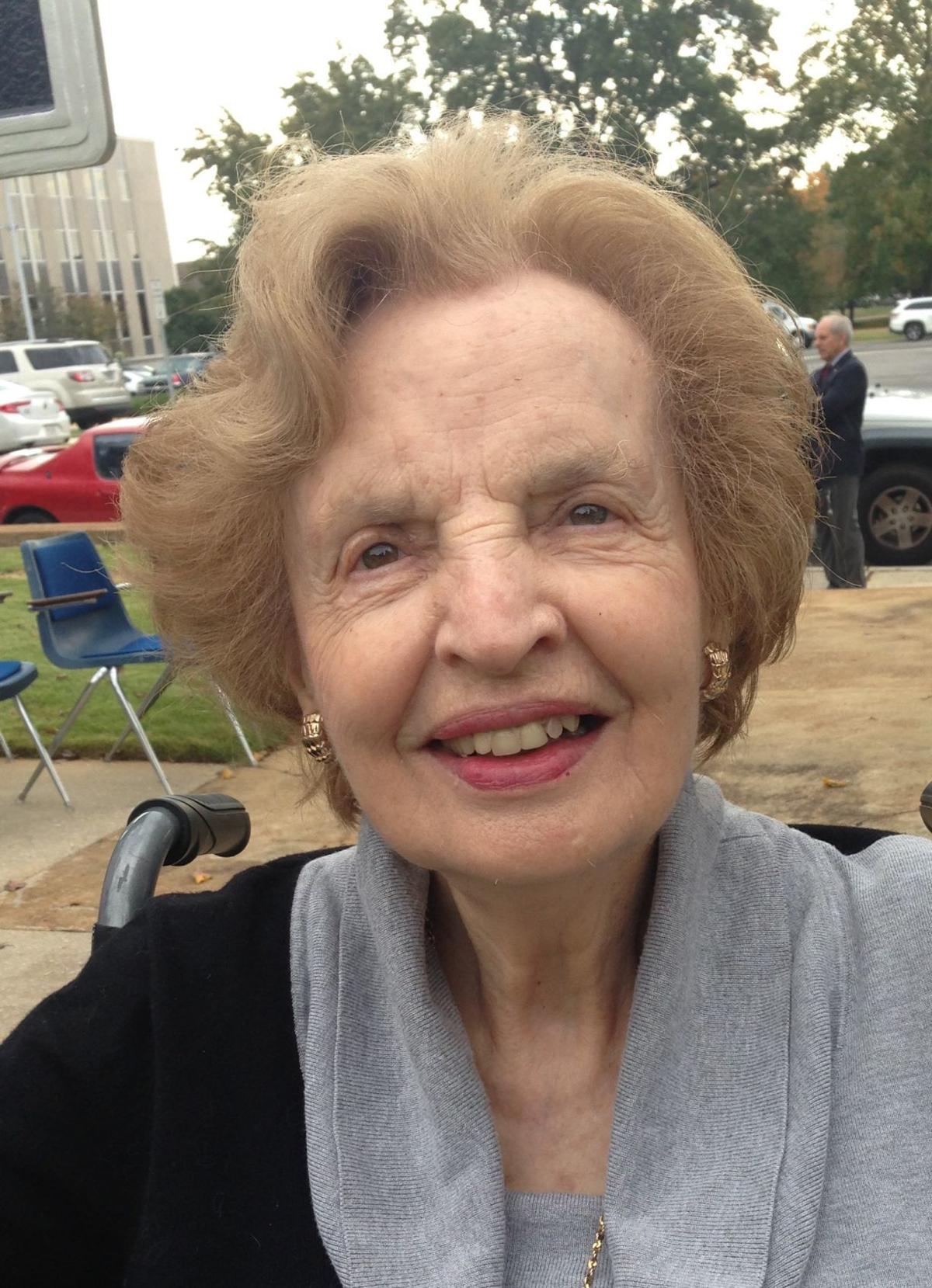 Morgan County Circuit Judge Glenn Thompson said every time he recites “liberty and justice for all” in the Pledge of Allegiance, he thinks of Judge James Edwin Horton Jr.

“Judge Horton understood what those words mean,” said Thompson about the judge who presided over the Scottsboro Boys trials in Decatur in the 1930s. “Those words meant to him that liberty and justice were for all people. I can’t imagine the courage it took to do what he did.”

Morgan County and state officials unveiled a historic marker on the courthouse grounds Wednesday morning remembering the judge and his determination to provide legal equality for everyone. More than 100 people, including Horton’s family members and historians, attended the ceremony under threatening weather.

“I grew up in the 1960s,” Thompson said. “It was a turbulent time. Racism was rampart. I can’t imagine what it was like in Alabama in the 1930s. What (Horton) did was beyond my description.”

The marker details the importance of a case that showed the injustice of racism in the Deep South and brought national attention to Morgan County.

The events that put Decatur at the center of the case started in March 1931, when nine black youths were arrested in Jackson County and accused of raping two white women on a train. They were indicted less than a week after their arrests and convicted less than a month after they were charged.

Eight of the defendants were sentenced to death, but in November 1932, the U.S. Supreme Court reversed the convictions because the state had not provided “adequate assistance of counsel” as required by the Due Process Clause in the Fifth and 14th amendments of the U.S. Constitution.

Two rulings in the case, known as the Scottsboro Boys trial because none of the defendants were adults, influence the judicial system of today. Prosecutors are barred from selecting jurors based on race, and the legal system is required to ensure defendants have adequate legal representation.

John Allison, Morgan County archivist, said when the case was moved to Decatur it put the area in the national spotlight.

“The young defendants were driven up Cain Street and were escorted by state police with Tommy guns through a crowd into the old courthouse where the guest parking lot is today,” Allison said. “The defendants were housed in the old jail that was deemed unacceptable for white inmates and set for demolition.”

He said the courthouse was too small to accommodate the large crowd.

“Our National Guardsmen stood guard around the courthouse keeping the agitated crowd under control,” he said. “It was an electric atmosphere and the setting for one of the most momentous events in American legal history. … The placement of this marker was a long time coming. In the past, many leaders understandably did not wish to call attention to ugly incidents in our state’s history.

“The people who convicted the Scottsboro Boys were not just racists on the fringe of society. They were respected members in the community. They thought they were being good citizens by upholding white supremacy. … This marker is more than a remembrance. It is a reminder that none of us are truly free unless true justice is available to the least privileged among us.”

The second trial of Haywood Patterson, one of the Scottsboro Boys, was held in Decatur. After Patterson was convicted in that second trial, Horton set aside the verdict, ruining his political career.

Sen. Arthur Orr, R-Decatur, said getting the marker erected is the end of a six-year journey. He said some people resisted remembering the trials.

“Some along the way said just leave it alone,” Orr said. “During the legislative process and discussions, some people said let history be history and bygones be bygones. …. How important it is that we remember our history regardless of how ugly it may be. We must also celebrate the legacy of Judge Horton and his courage to stand up to injustice in the courtroom.”

“The Scottsboro Boys have finally received justice,” she said. “Here today we recognize the grievous injustices and in remembrance of their legacy and courage” unveil the marker.

“That was the most important thing he did for me,” Horton said. “He provided an example by living by it. That is huge and something I’ll never forget.”

Horton said the Scottsboro Boys case was rarely mentioned at the house.

“We never discussed the Scottsboro Boys around the dinner table,” he said. “It was an overflow of his life. … Granddaddy was a humble, low-keyed man.”

The judge’s daughter-in-law, Katherine Horton of Athens, said she was delighted the marker was placed on the courthouse grounds.

“(Judge Horton) would be humbled and proud,” she said. "He was a fine man, smart as a whip. He lived with us for 14 years in Greenbrier. He put up with a lot helping with his grandkids. …. I can still see him on the swing on our porch with a cigar in his mouth that he never smoked, watching the kids play.”

Retired Morgan County District Judge David Breland, who is director of historic resources and events for the city of Decatur, called the unveiling of the marker a wonderful day for Decatur and Morgan County.

“On occasions, history is not a pleasant thing to talk about, but it always needs to be remembered, so we will never repeat it,” he said. “This case is one of the most profound civil rights cases in the history of this nation.”

"A series of racially charged trials where nine African-American males ages 13 to 20 were falsely accused of raping two white women on a freight train in Alabama produced a pair of landmark civil rights decisions by the U.S. Supreme Court in the 1930s.

"After all-white juries in Jackson County convicted the Scottsboro Boys, attorneys for the International Labor Defense (ILD) guided the defendants' appeals. They argued that the trial judge had failed to appoint adequate counsel for the accused men. The Supreme Court agreed in Powell v. Alabama (1932) to a constitutional right to a competent defense.

"A change of venue moved trials to Decatur, where New York attorney Samuel Leibowitz assumed the role of lead counsel for the defense. Retrials by all-white juries also ended in convictions. On appeal, the ILD successfully argued for reversal, showing that blacks had been excluded from jury duty in Morgan County. The high court ruled in Norris v. Alabama (1935) that a defendant must receive a trial by a jury of one's peers.

"Circuit Judge James E. Horton Jr., who presided over Haywood Patterson's highly publicized retrial in Decatur in 1933, gained widespread acclaim for his courage in voiding the conviction. Horton cited a lack of evidence to corroborate the accusations of rape and granted a new trial.

"Under intense pressure from the state's attorney general and chief justice, Horton stepped down from the case. He lost re-election in 1934 but was comforted by carrying his home county of Limestone by a large margin.

"Horton's decision is quoted in a courtroom plaque in Athens: 'So far as the law is concerned it knows neither native nor alien, Jew nor Gentile, black nor white. This case is no different from any other. We have only to do our duty without fear or favor.' "