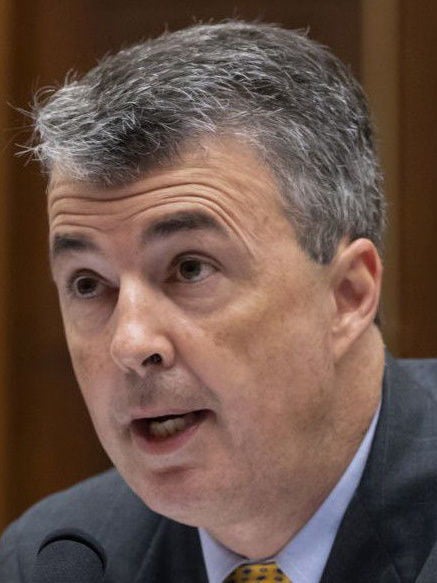 The state filed a lawsuit in Morgan County Circuit Court against Decatur Utilities not to punish the utility for millions of gallons of sewer overflows, but to protect the utility from a planned federal lawsuit by Tennessee Riverkeeper, the nonprofit's executive director said Tuesday.

The nonprofit environmental organization filed a motion late Monday to intervene in a pending lawsuit filed against Decatur Utilities by state Attorney General Steve Marshall and the Alabama Department of Environmental Management.

Tennessee Riverkeeper on March 29 filed a legally required 60-day advance notice of its intent to sue Decatur Utilities in federal court over the sewer overflows. Before the 60 days elapsed, the attorney general filed suit in Morgan County Circuit Court on May 24. The attorney general’s lawsuit effectively barred Riverkeeper from filing its planned suit under the federal Clean Water Act, because that federal law only allows lawsuits if a state agency has failed to act.

In a statement emailed to The Daily on Tuesday by Tennessee Riverkeeper, founder and executive director David Whiteside, a Decatur resident, questioned the motives of the attorney general and ADEM in filing suit before the environmental group could.

“ADEM and the Alabama attorney general have a practice of thwarting Riverkeeper enforcement actions,” according to the statement. “When the state of Alabama interferes in this manner often the pollution problems persist. When Riverkeeper takes legal action to clean up this toxic pollution, the state often interferes to shield the sewage treatment plants from prosecution in federal court, where Riverkeeper would have a say in the resolution.”

Mike Lewis, spokesman for the Attorney General's Office, declined comment. ADEM did not immediately respond to the allegation Tuesday afternoon.

According to the nonprofit, DU has reported 50 sewage overflows in 2019 totaling more than 6.4 million gallons; and 245 violations since April 2014, totaling between 22.2 million and 24.7 million gallons of untreated sewage.

Whiteside blamed contaminated waterways in Decatur, both from sewer overflows and industrial chemicals, on poor enforcement by ADEM “and a political process that continues to kowtow to the polluters’ interest at great detriment to public health.”

A 284,172 gallon discharge of sewage last week into a drainage ditch that feeds into Bakers Creek added to Decatur Utilities' sewer woes. The overflow was near 2520 Old Moulton Road S.W., according to a DU filing with ADEM. It took place Sept. 4 at 3:49 p.m. and was stopped about three hours later.

DU spokesman Joe Holmes on Tuesday said the sewer overflow “was caused by city of Decatur field crews striking and damaging a 15-inch clay collector sewer main while performing grading work on a ditch maintained by the city.”

Two other sewer overflows into ditches that feed into Bakers Creek took place Aug. 22, according to DU environmental filings. Both were near 237 Ipsco Street N.W. and were caused by blockages of a sewer main, DU reported, with combined discharges of 1,770 gallons.

A 7,150-gallon discharge of untreated sewer at 511 Davis Road N.W., next to Dry Branch Creek, took place July 18, according to DU filings with ADEM.

The attorney general’s complaint against DU alleges numerous violations of DU’s permit issued pursuant to the National Pollutant Discharge Elimination System, including violations of the Alabama Water Pollution Act. The complaint notes that DU — which is a part of the city of Decatur — is liable for up to $25,000 per violation.

“DU disputes many of the allegations made by the attorney general in this lawsuit. However, due to pending litigation, we will have no further comment at this time,” Holmes said Tuesday.

The complaint covers 251 sewer overflows from April 2014 through Feb. 24 of this year. The largest reported overflow this year was Feb. 19, when 1,670,632 gallons of sewage discharged from a manhole at 1106 Sixth Ave. S.W., near the Aquadome. It was one of dozens of overflows during heavy rains in February. The next largest reported one that month lasted from Feb. 22 to Feb. 26, and dumped 750,000 to 1 million gallons of sewage near 1801 Woodmont Drive S.E.

In a filing on the Sixth Avenue Southwest overflow, DU noted 11.25 inches of rain fell from Feb. 15 to Feb. 24, causing severe flooding.

“Improvements are being made to the overall sanitary sewer system to reduce/prevent future overflows from occurring, including the construction of three new sewer lift stations,” according to DU’s filing. “DU is continuing rehabilitation efforts to sanitary sewer piping and manholes throughout the entire collection system.”

According to the attorney general’s complaint, DU is required to immediately notify both the public and ADEM about significant overflows, but frequently failed to provide timely notifications in 2017.

The complaint cites one failure to timely notify ADEM this year after a four-day-long overflow beginning Feb. 21 from a manhole at Central Parkway and Second Street Southwest that discharged up to 50,000 gallons of untreated sewage. Multiple overflows reported along Central Parkway in February accounted for discharges of up to another 2 million gallons of sewage.

ADEM spokeswoman Lynn Battle on Tuesday said notification must be made within 24 hours of a sewer overflow, but the extent of DU's notification varies depending on the amount discharged and its location.

“In Decatur, we take pride in our Tennessee River, yet leaders in ‘The River City’ continue to let us down in protecting not just our beloved river, but our families and drinking water too,” Whiteside said.

Whiteside needs a job and a haircut. Let a liberal start stuff like this, and it never ends.

MORGAN COUNTY MASTER GARDENERS: How I became a master gardener

Interstate 59/20 set to reopen through Birmingham

How much snow will the area end up receiving this winter?