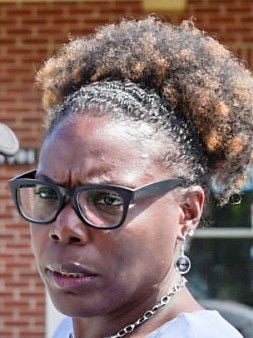 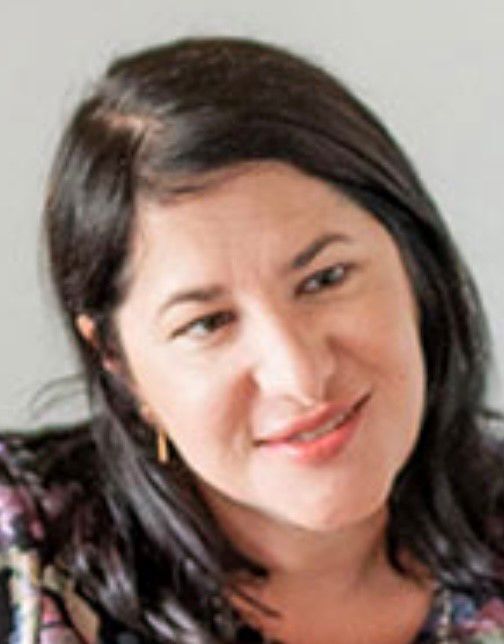 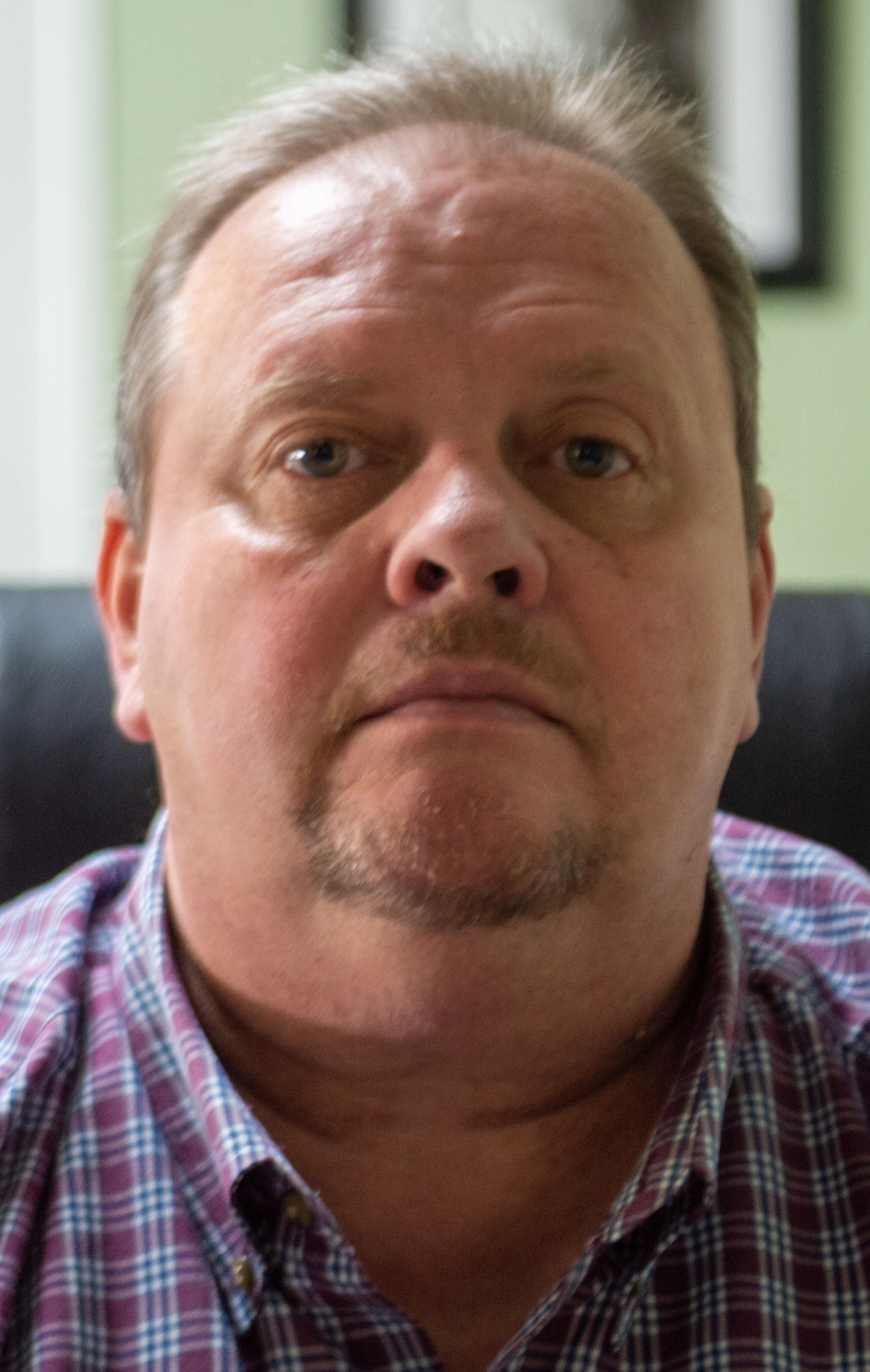 A shortage of low-income housing in the Decatur area has gotten much worse in recent months as Section 8 housing, long a mainstay in subsidized rentals, has dried up.

The problem, explains Taura Denmon, director of the Decatur Housing Authority, is that landlords are refusing to participate in the program.

“I’ve never seen this before,” Denmon said. “I’ve been in housing right at 15 years, and this is brand new.”

Section 8 housing uses a voucher system in which low-income tenants pay 30% of their monthly income toward rent, with Decatur Housing Authority paying the balance of the rent directly to the landlord. The household income of most Section 8 tenants must be 30% or less of the annual median income, which in the Decatur area means a family of four is eligible for a Section 8 housing choice voucher if their income is $26,500 or less.

“We’re trying to think of ways outside the box to entice landlords to at least come and listen to what we have to say about how the program works,” Denmon said. “Every day, that’s a topic of conversation here: What can we do to appeal to more landlords? We haven’t quite gotten there yet.”

The consequences are significant. Denmon said there are 500-600 people on the waiting list for Section 8 housing, and the authority has not accepted voucher applications from prospective tenants since November, when applications were accepted for one week.

Even when someone makes it off the waiting list, Denmon said it is usually futile. They have 60 days to find a landlord willing to rent to them under Section 8, but even when granted extensions they rarely do.

“Typically we would just stop issuing vouchers,” she said. “The only reason we continue to pull from the waiting list is because we are hoping that people who receive vouchers are able to lease in place.” Under lease-in-place, renters newly accepted into Section 8 would ask their landlord to get into the program and accept vouchers.

The shortage of Section 8 housing in Decatur is more critical because of the loss of low-income housing like Stonegate Village and Cashin Homes. Stonegate was demolished in 2003 and replaced by the owner-occupied Seville subdivision. Cashin, demolished in 2005, was replaced with owner-occupied King’s Estates. The extremely low-income residents of Stonegate and Cashin typically could not manage the financing required for home ownership, even with government subsidies.

Other low-income housing, such as apartments developed by the Community Action Partnership of North Alabama, are generally aimed at those with an annual income of 50-60% of median income, or about twice the income of most who can benefit from Section 8.

Decatur Housing Authority now has 602 units of public housing, such as East Acres, Summer Manor, Jordan-Neill and Westgate Gardens. Except for 30-35 units that are being repaired, they are full and have a waiting list of more than 80 individuals or families.

The authority has 720 families in Section 8 housing in Morgan, Lawrence and Limestone counties, with hundreds more waiting. Denmon said some of those who can’t get into Section 8 or public housing are homeless, while others are “couch surfing from family member to family member or friend to friend.”

Fifteen states and many cities outside Alabama prohibit landlords from discriminating against Section 8 applicants, but in Alabama landlords can openly reject prospective tenants who rely on Section 8 vouchers.

Denmon said she does not understand why landlords are unwilling to accept the Section 8 vouchers. Property owners who participate in the program typically like it, she said, mainly because it means they are guaranteed a large chunk of their monthly rent even if tenants are unable to pay their portion.

Sarah Taggart, a Huntsville lawyer whose client base is almost exclusively landlords, said there are several reasons property owners are reluctant to participate in Section 8.

Part of the problem, she said, is a robust economy in north Alabama.

“We’re in a really competitive rental market right now. There’s a lot of competition for available vacancies,” she said. “There’s not really a need for a lot of private landlords to participate in the program because they can get the rent without having to bring in that third party (a housing authority).”

The demand for housing is also taking many rentals off the market or resulting in them being converted into upscale rentals that exceed U.S. Department of Housing and Urban Development caps on Section 8 rental rates.

“All of my clients — like my mom-and-pop single-family rentals that would be ideal for Section 8, or even my multifamily that’s been at an affordable rent level — they’re selling like crazy,” Taggart said. “I have so many new-to-the-market landlords, out of state investors, management companies coming from other states, and they’re doing rehab of the units. They want to clear it out, put money into it and take advantage of the growing economy we have.”

Those investments invariably push the rental prices beyond those that meet HUD limits, even if the landlords were interested in participating in Section 8.

She said an increasing number of landlords are also moving toward an Airbnb model, rather than a traditional rental model. “That’s going to kill your (Section 8) inventory even more.”

Another consequence of a growing economy, she said, is that HUD’s limits on rental rates for Section 8 housing are not keeping up with the market.

“The problem we have right now in north Alabama, where rental rates are rising very fast, is the formulas (HUD is) using are not keeping up with what the reasonable rents would be,” Taggart said. “So a landlord can rent it on the open market for more than the housing authority can give them a voucher for.”

“I’ve had stories where a landlord has gone into abatement because of a crack in the sidewalk that was there for the last 30 years,” Taggart said. “So in a market where you don’t have to, why would you subject yourself to that?”

She said landlords also complain about the way the inspections are done by housing authority case workers.

“You have a case worker that knows the tenant; maybe they’re a little buddy-buddy. The landlord can never get a pass,” she said.

A possible solution to this, she said, would be for housing authorities to hire outside inspection companies.

Taggart said another concern she hears from her landlord clients involves damage to units caused by tenants. She said the problem isn’t so much that Section 8 tenants cause more damage than other tenants, but that landlords have little recourse if they do damage the unit.

She said housing authorities used to be aggressive in refusing to issue more vouchers on behalf of a tenant who caused damage and failed to make repairs, but increasingly they are failing to withhold vouchers. That effectively destroys the landlord’s leverage in forcing the low-income tenant to make the repairs.

“What you end up with is a destroyed apartment and a judgment-proof tenant,” she said. “The landlord is left holding the bag.”

Denmon said it’s difficult for housing authorities to withhold Section 8 vouchers after a tenant damages a unit because the relationship is primarily between the tenant and the landlord. “If the resident does something with the landlord, then the housing authority may be left out of it.”

Combine the robust north Alabama economy with the bureaucracy involved in dealing with housing authorities, Taggart said, and it’s not a surprise that landlords are reluctant to accept Section 8 vouchers.

“Everybody’s got these great Section 8 vouchers that nobody wants,” she said.

Brian Tucker of Decatur owns rental property that he purchased while a Section 8 tenant was in it.

“What little experience I had with it was good,” he said. “There wasn’t any trouble with it.”

But, as Taggart pointed out, the economy had an effect. Tucker said his Section 8 tenant got a better job and was able to leave the program. He was open to another Section 8 tenant, but he quickly rented the property out to someone not in the program.

“In the rental business now it isn’t choosing good or bad tenants, it’s between good and better,” he said. “There’s a lot of demand.”

Marquinn Birgan has had Decatur properties in the Section 8 program for about a decade. He said Decatur Housing Authority has been helpful, and he’s had no more problems with Section 8 tenants than with any other tenants. He also sees his participation in the program as meeting an important need.

“I think that program is excellent for the community,” he said.

Some people awaiting Section 8 or public housing end up at Tennessee Valley Outreach, a homeless shelter.

Director Matthew Richards said some either give up before their name is called from the waiting list, or they don’t bother applying to Decatur Housing Authority because they know the waiting list is so long.

“If they can’t get into the public housing sector, they try to go with something private that’s within their price range. So they’ll rent somebody’s double-wide somewhere or they’ll try to get an apartment,” he said. “They’d rather have a place of their own rather than wait at the shelter for six, eight, 12 months.”

Denmon sees a need for more public housing in the Decatur area to make up for the Section 8 gridlock, but said adding units is a complex process that takes time.

“This situation kind of needs an overnight solution, and we just don’t have that.”

An area once known more as a crime haven than a place to call home has been transformed into a quiet neighborhood named Seville, and the city-…