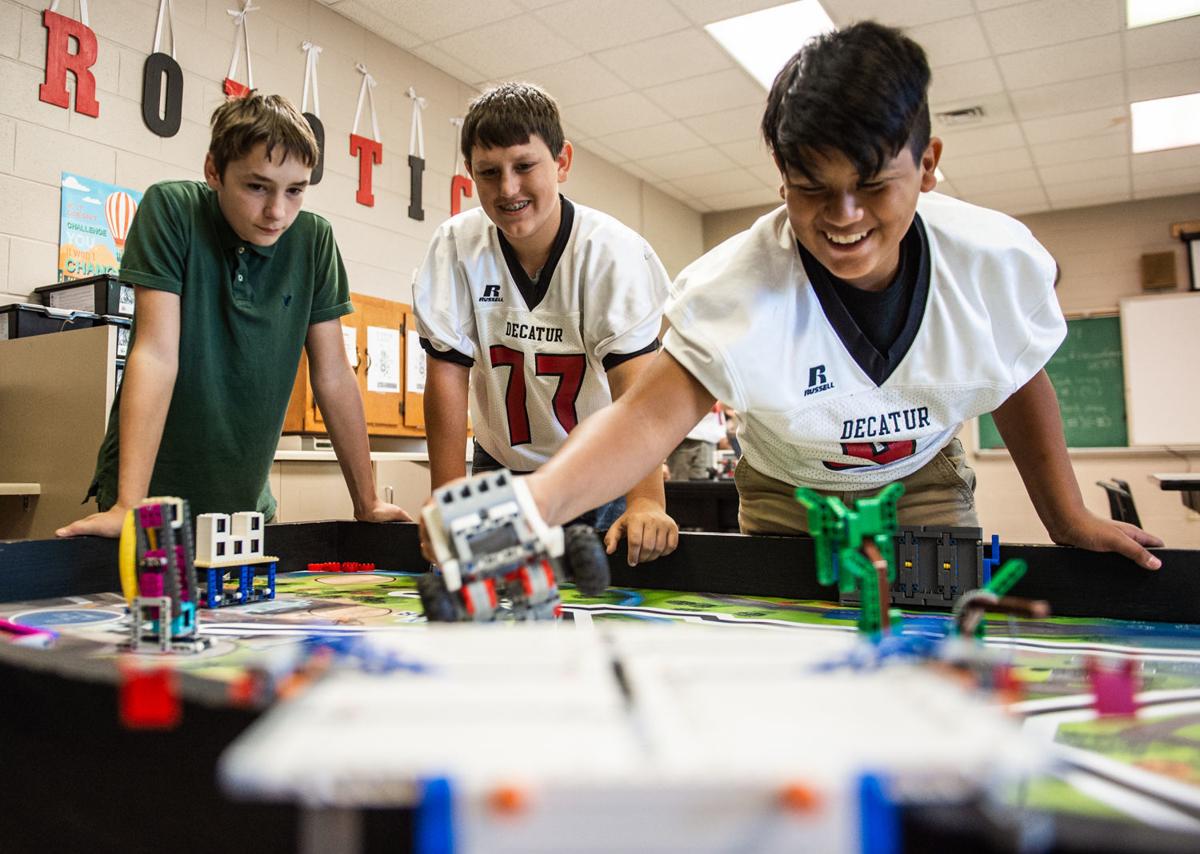 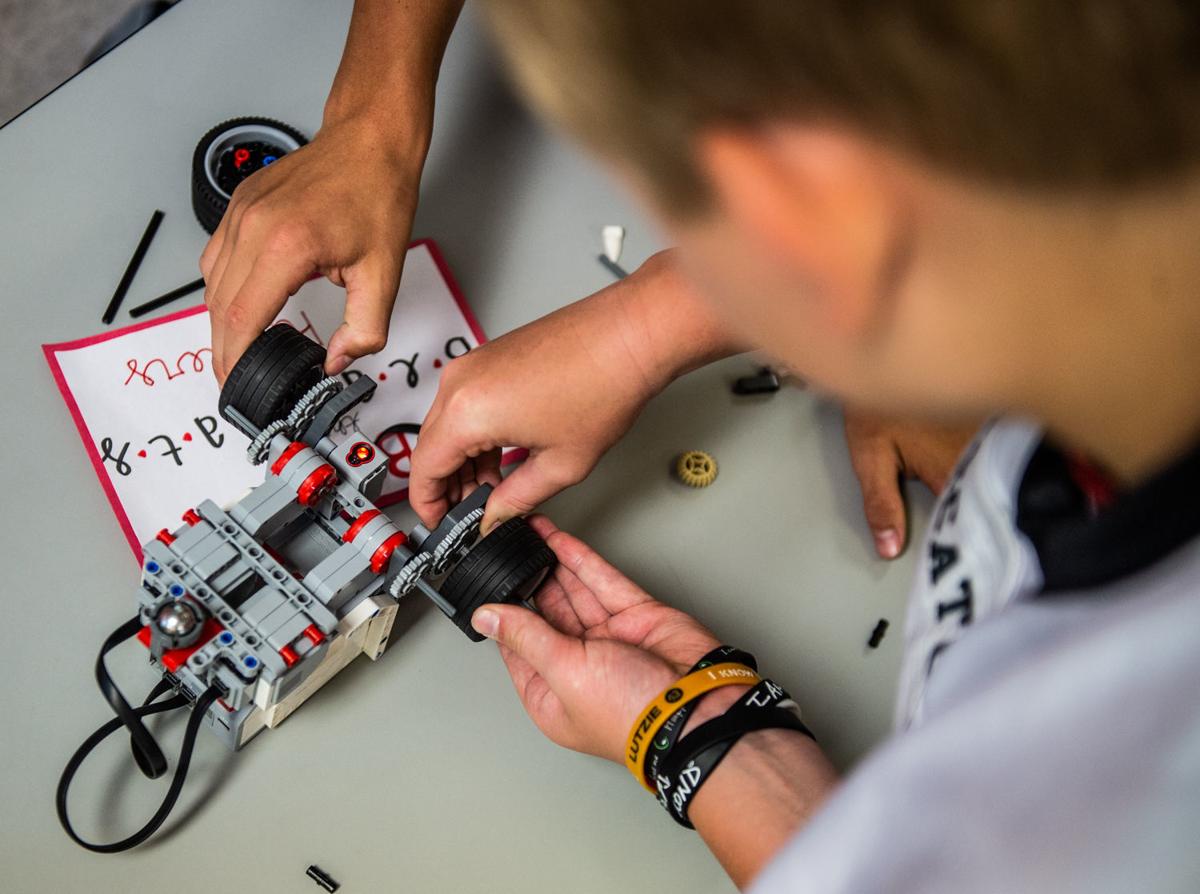 Reeves Hardin adds gear pieces to his group’s robot Thursday as they have a practice run at Decatur Middle School. [DAN BUSEY/DECATUR DAILY]

Reeves Hardin adds gear pieces to his group’s robot Thursday as they have a practice run at Decatur Middle School. [DAN BUSEY/DECATUR DAILY]

A group of students at Decatur Middle School is on a mission to identify areas where Decatur can improve and is doing so through an annual robotics competition.

The students are preparing for the First Lego League competition, and part of the challenge this year is to identify a problem with a building or public space and design a solution to fix or enhance what they have identified, competitive robotics teacher Beth Hellebrand said.

“These students have to think outside the box and look for ways to make Decatur a better place to live,” she said, adding that they also have to collaborate with classmates they may otherwise not have any contact with outside of school.

The competition is divided into two areas. One gives students five minutes in front of a panel of judges to present a project in Decatur they have identified, and the presentation must include the problem and solution.

The second is the robot game in which students have to program their robots to solve challenges cities usually face, such as how to deal with traffic congestion, make playgrounds more accessible for special needs students and repair a malfunctioning swing built for a wheelchair.

Her teams — two at Brookhaven when it was open as a middle school and one at Cedar Ridge — have competed at the state level.

Thrower transferred to Decatur Middle this year because the number of students participating in robotics, which is an elective class, increased from 40 to 86.

Eighth grade students Reeves Hardin and Lucas Howell are part of a team called Robotics Raiders, and the two have identified projects they said need improvement to make Decatur a better place to live.

Hardin said the city has to find a faster way to complete construction projects “because they are annoying and keep people from getting where they need to go.”

He was referencing the $11.7 million Spring Avenue widening project that has been ongoing for more than a year. Utility relocation began causing closures on the road two years ago in preparation for the project that involves widening Spring Avenue from two to five lanes from Cedar Lake Road to Day Road and building a multi-use trail for cycling and walking.

Howell plans to come up with a plan to mitigate odors that comes from some of the plants on the Tennessee River.

“This makes me sick and I’m sure there are others,” he said about the smell.

Juan Jose and Kameron Waldrep are part of a team named Programmers.

Jose is concerned about traffic, while Waldrep wants more parks in Decatur.

Some of projects students want to find solutions for are also on the playing field where the robot will operate. Hellebrand said they will have 2½ minutes to complete as many missions as they can. One of the missions is using the robot to help eliminate traffic congestion, while another involves helping renovate an aging building.

Unlike in some robotics competitions, students have to program the robot to accomplish tasks without the benefit of remote control.

“The two competitions are connected in that students are trying to make where they live a better place,” Hellebrand said.