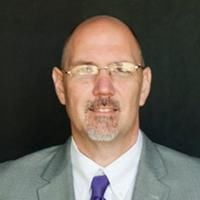 A Decatur Utilities suspension of disconnections for non-payment that benefited about 600 customers has ended, but a nonprofit is offering households whose income was affected by the pandemic further help with utility bills.

The Community Action Partnership of North Alabama has helped 171 first-time clients with up to $1,000 each so far, and there’s money on hand to help approximately 400 more, according to Cindy Anderson, the organization's director of community services.

Anderson said first-time clients are people that CAPNA has never helped before with utility bill relief.

“There are a lot of clients with bills that are higher (than $1,000) because they lost their jobs or their hours were cut back,” Anderson said.

She said CAPNA expects to get more COVID relief money in the coming months but she is not sure how much. They are working on the criteria for this money, and it will likely include clients who they’ve worked with before, Anderson said.

Decatur Utilities suspended disconnections for non-payment from Jan. 11 through March 15 to help customers struggling economically from the coronavirus pandemic, DU spokesman Joe Holmes said. The customers benefiting from the suspension had an increase of about $320,000 in past due bills, according to Holmes.

Those customers as well as Athens Utilities customers who benefited from a suspension on disconnections last year still have to pay for the services they used. The utilities are trying to work with the customers on payments.

"Customers were encouraged to make partial payments when possible to avoid accruing large balances,” Holmes said. “We also proactively communicated with customers during and prior to the end of the moratorium to offer payment arrangements.”

This was the second time for DU to suspend disconnections. The utility suspended cutoffs in March through June of last year when the pandemic began.

The details of how many Athens Utilities customers benefited and the amount they owed was not available. Athens Utilities has not had another round of suspensions of cutoffs since last summer.

Both utilities are putting customers in touch with CAPNA. It has an office at 1909 Central Parkway Southwest that works with residents of Morgan, Lawrence and Cullman counties. Another office at 3516 Stringfield Road in Huntsville helps residents of Madison and Limestone counties.

Anderson said some of the money CAPNA has for utilities assistance came from the federal CARES Act.

Holmes said another portion of emergency funds was obtained by DU through the second round of the Tennessee Valley Authority Community Care Fund. This is being matched by CAPNA.

“We can meet a lot of needs,” Anderson said.

Anderson pointed out that she and her employees are still working remotely because of the pandemic but they’ve created ways for people to apply for help. They can go to www.capna.org. to get the application forms.

If a potential client doesn’t use the computer, an application packet is available for pickup and drop-off in a box outside the office. Anderson said people can also scan or take photos of completed applications and email them to l.heap@capna.org.