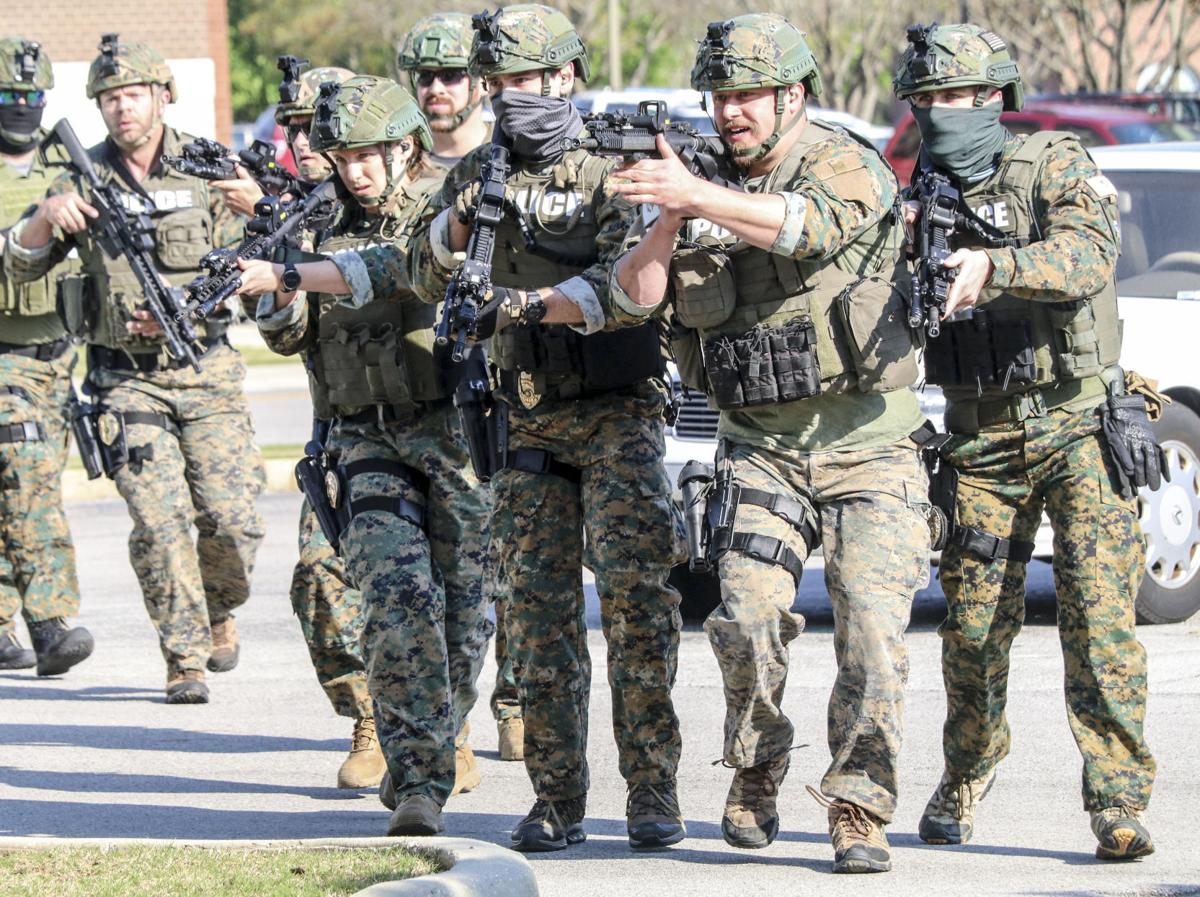 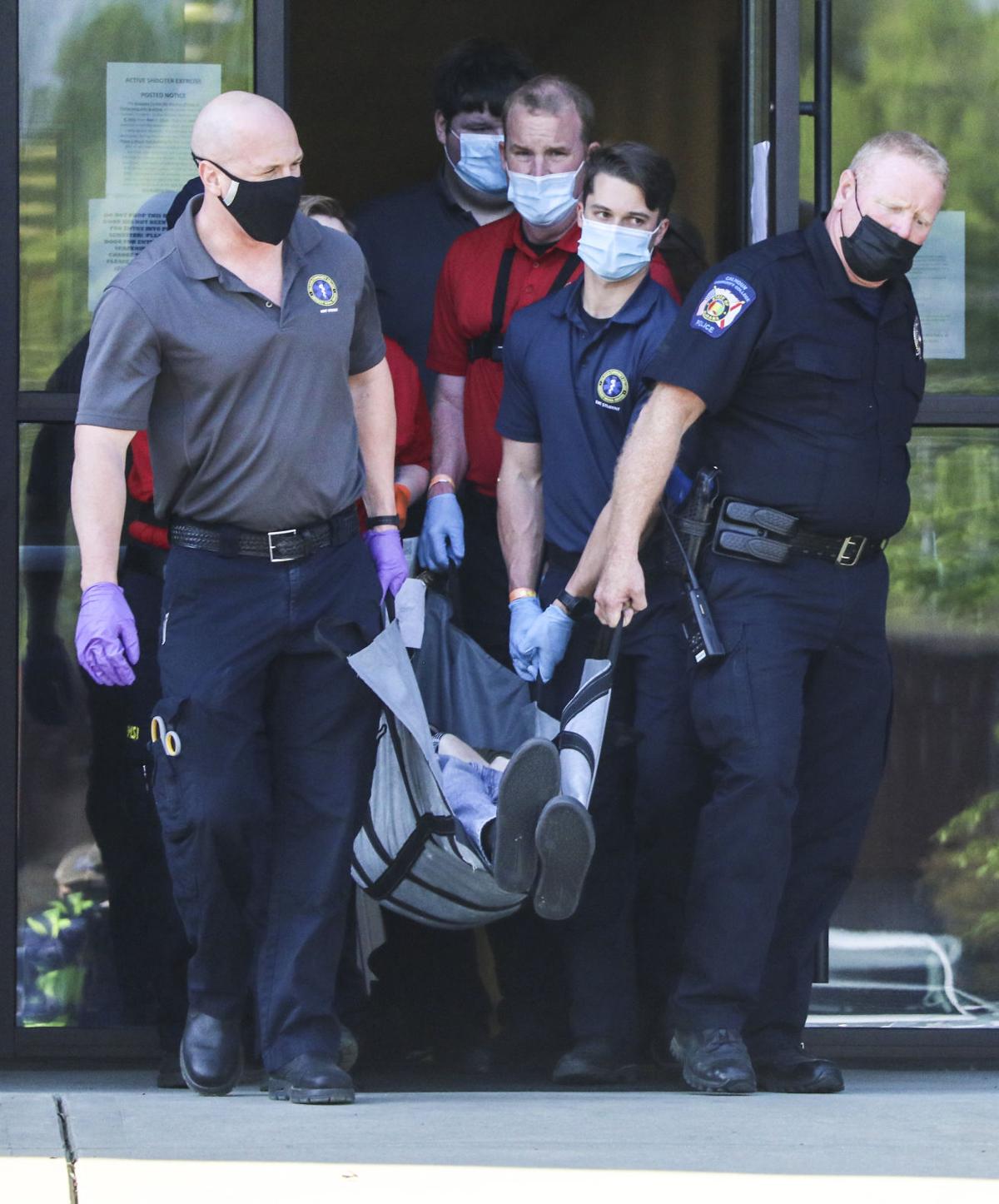 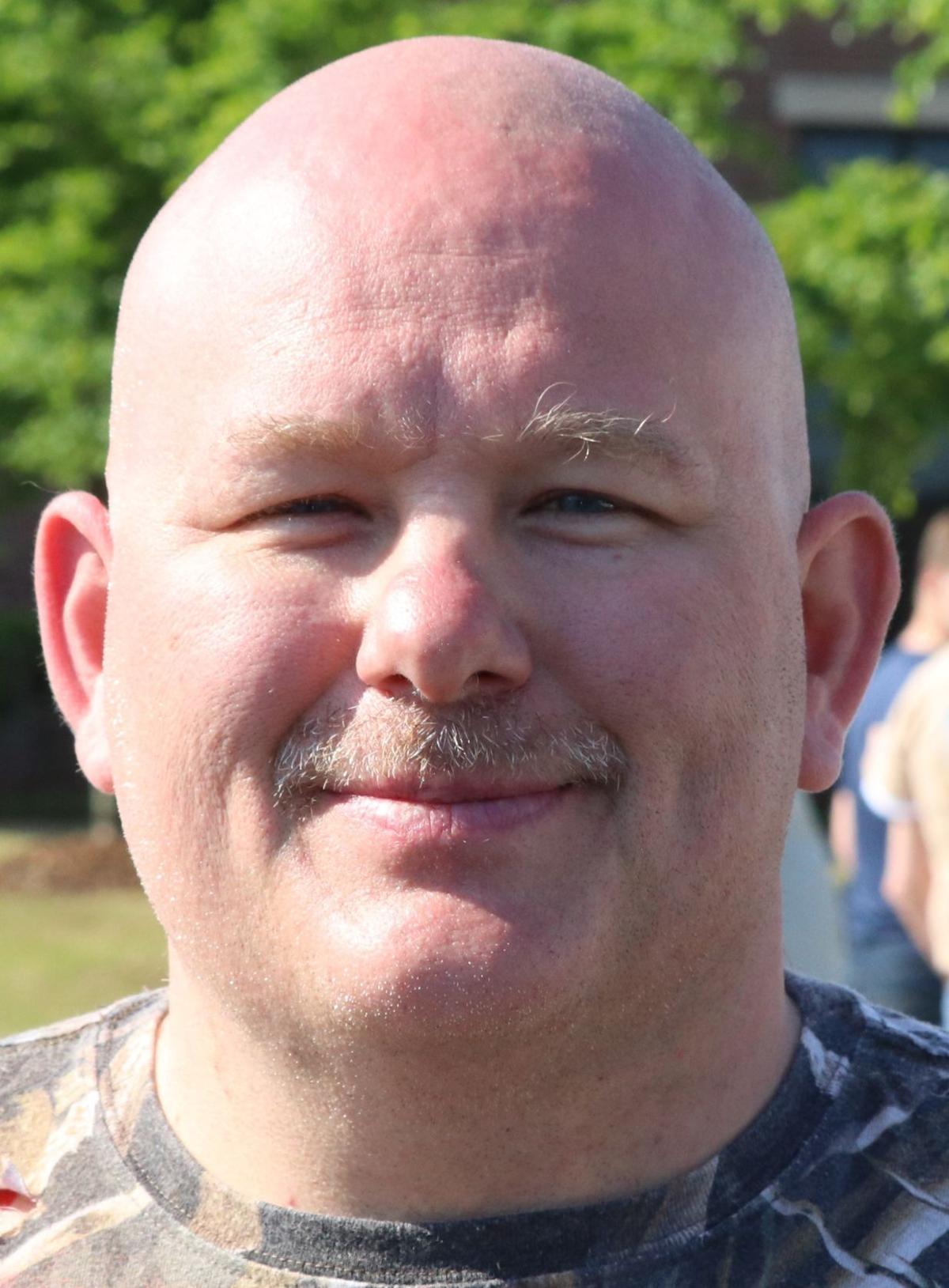 Brian Brown was carried from Calhoun Community College’s downtown Decatur campus Tuesday, a nasty gunshot wound visible on his chest from an active shooter barricaded by police inside the Visual Arts Building.

Brown was one of about 35 Calhoun emergency medical service students and campus police, joined by the Decatur police SWAT team, in an annual active shooter drill.

The exercise began at 9 a.m. when the simulated bad guy, dressed in black, ran into the building. Soon, shots could be heard inside and police radios crackled with the alert: “Active shooter!”

Brown, who works at Athens-Limestone Hospital, is in a four-month program at Calhoun as he seeks to become certified as an Alabama emergency medical technician.

“It is scary, even in a simulation, because it could happen,” said Brown, 46, who previously was an EMT in Indiana. “Putting myself in that role as a victim was intense. Hearing the gunfire and the sounds and the chaos over the radio, it makes you appreciate that you have a job to do. When this really happens, you’d better be on your game.”

EMT students like Brown were simulated victims in the drill. Paramedics and advanced EMT students performed triage on the victims. Soon after the shooter entered the building he was followed by campus police and, soon after that, by a phalanx of Decatur police in tactical gear.

“These things happen,” Prater said of the active shooter scenario. “We’ve just had three mass shootings in the last two weeks in Los Angeles; Boulder, Colorado; and Atlanta. You never know when something like this is going to happen.”

The drill is an essential part of his students’ preparation.

“It puts all of the things they have been training on into practice and gives us as a faculty the chance to observe them and evaluate them and make sure they are ready to hit the street as medics,” he said.

Tuesday’s drill was the first to be held at the Alabama Center for the Arts.

“We needed to have one on this campus just so that the people who primarily work here are familiar with the procedures,” Prater said. “It gives everybody a chance to train together. When these events happen, they have to work together. It was a training exercise for our EMT and paramedic students, for the police here on campus and for the Decatur police SWAT team as well.”

Prater said the drills usually involve more than 300 people, but this year was scaled down due to the COVID-19 pandemic.

“This is really a capstone event for our students,” he said. “Our paramedic students, who are primarily in charge of doing all the triage and treatment of the victims, are getting ready to graduate. In May, they’re going to be hitting the streets in the back of a truck, primarily responsible for taking care of patients. They may face something like this, and they need to be ready.”