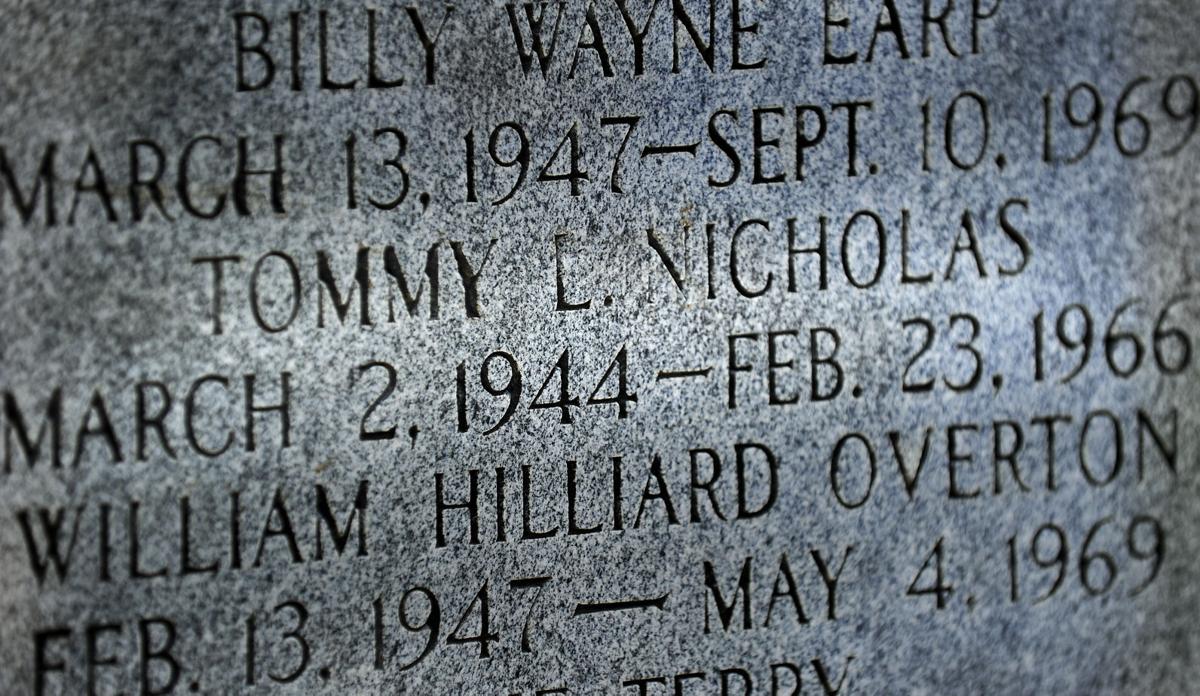 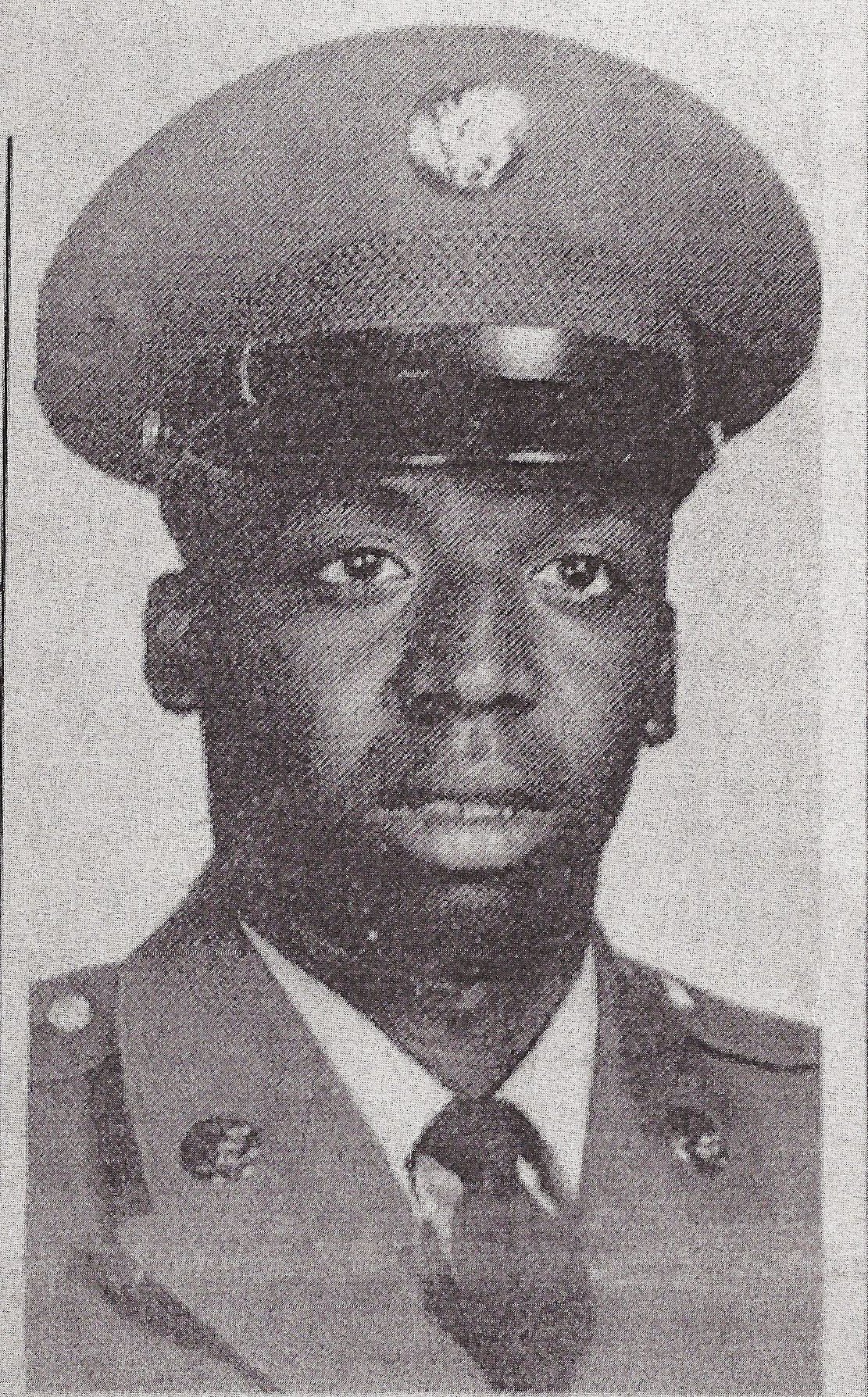 A newspaper photo of Pfc. Tommy Nicholas, a Lakeside High graduate who was killed Feb. 23, 1966, in Vietnam. 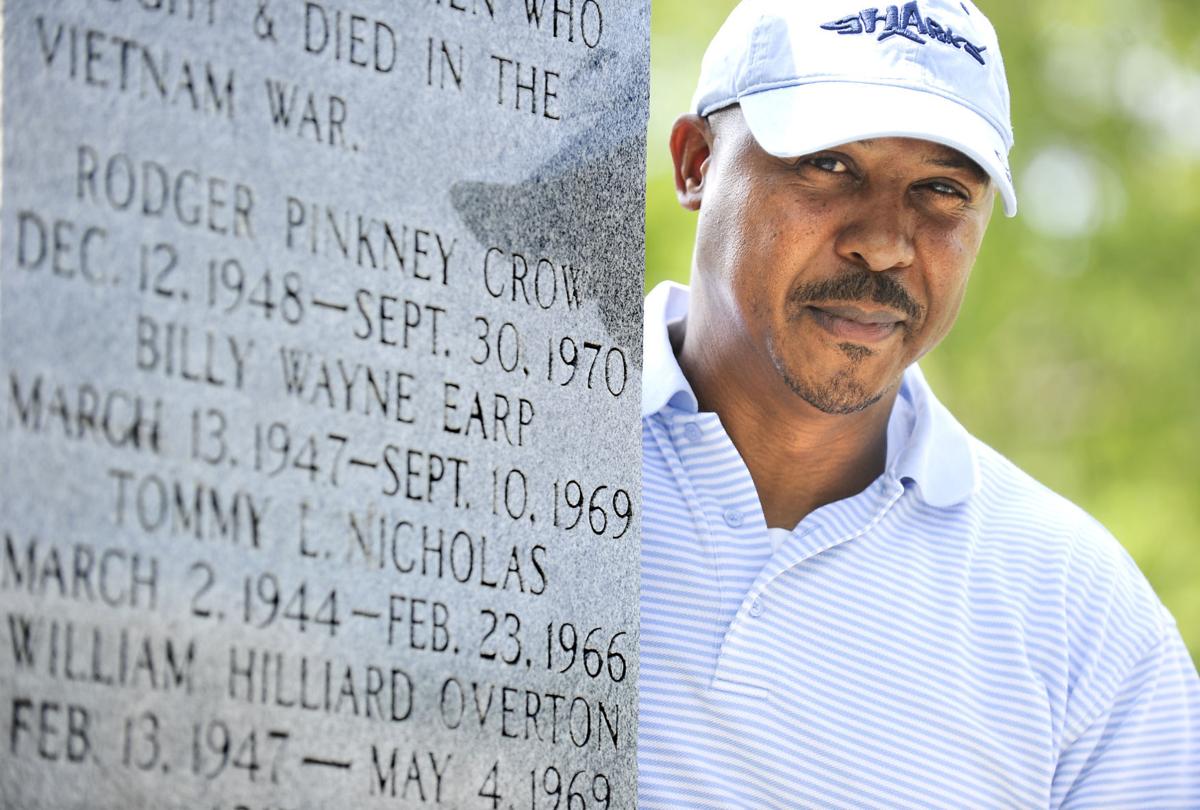 A newspaper photo of Pfc. Tommy Nicholas, a Lakeside High graduate who was killed Feb. 23, 1966, in Vietnam.

As a child and adult, I enjoyed spending time with my grandmothers, Susie Holloway Torain and Minnie Orr Nicholas. They shared the rich military service of my family — from joining the Union Army during the Civil War to serving in the Vietnam War.

Other relatives also shared information, but it was my two grandmothers who were vivid in their remembrances and accurate in their accounts of our family's place in military service to our country.

I am a direct descendant of the Hubbard family from the Winston and Lawrence County area, the Foster-Holloway-Torain family of Lawrence County, and the Orr-Nicholas family of Decatur and Morgan County. Within all these extended families, there were countless men who gave their best for the ideals and promises of America, even when ideals and promises were not always kept in their hometown.

Susie Holloway Torai was our family's genealogist and historian for the Foster-Holloway-Torain family. She lived until the age of 101. From her family stories, I first learned about her great-great grandfather Spotswood Foster who enlisted with the Union Army during the Civil War.

At the height of the Civil War, the U.S. War Department issued General Order No. 143 in 1863 which established the Bureau of Colored Troops. From this order, throughout the Confederate states, there were recruiters who contacted free people or color and enslaved people of color to serve.

In Lawrence County, William Moseley, a former enslaved man, made contact with Spotswood Foster and is believed to be his recruiter. Foster, my fourth great-grandfather was born a slave in Tennessee and was transported to Hillsboro in Lawrence County. Upon hearing about work in Decatur to build a fort for the Union Army, he left on foot with others to join the army, serve his country and gain his freedom.

On March 1, 1864, Foster, enlisted and mustered with Company K, 111th Infantry, U.S. Colored Troops in Pulaski, Tennessee. He was described as 5-foot-6, brown skin and black hair. Foster's company was stationed at garrison headquarters in Pulaski, and was charged with guarding the railroad in north Alabama to ensure that supplies were sent to Union troops without interruptions. Private Foster received an honorable discharge and was mustered out on April 30, 1866.

After returning to his family and friends, Foster became a successful land owner and farmer. Because of illnesses suffered during the Civil War, my fourth great-grandfather applied for a Union soldier pension on May 3, 1884. The pension was granted. Spotswood Foster died on Sept. 12, 1896, with interment in the Foster-Davis Cemetery.

My grandmother was proud of her second great-grandfather and she recounted that our family included store owners, educators, successful farmers, and landowners.

An ancestor whose name is documented in Decatur and Morgan County history is my uncle, Tommy Lee Nicholas. My grandmother, Minnie Orr Nicholas, enjoyed speaking about him and the ultimate sacrifice that he made during the Vietnam War.

Tommy Lee Nicholas was born March 2, 1944, to Oscar Lee Nicholas and Minnie Orr Nicholas. My grandmother Minnie would often speak of Tommy as being a "good son," "hard worker,” helpful to others, always smiling, and well-dressed at all times.

After graduation from the racially segregated Decatur Lakeside High School, Tommy was drafted into the U.S. Army and completed basic training in Fort Polk, Louisiana. He later completed eight weeks of advanced training in Fort Benning, Georgia. and was assigned to Company C, 1st Battalion, 1st Cavalry Division, the 12th Cavalry Regiment, on Nov. 30, 1965. Later, he was transferred to Vietnam.

There was much excitement in my family regarding Tommy. He was not the first in the Nicholas family to serve in the military; however, his service and later, his supreme sacrifice forever changed my family and also, for a brief moment, offered Decatur the opportunity to become a city of unity. On Jan. 13, 1966, PFC Nicholas began his tour of duty in Vietnam and on Feb. 23, 1966, PFC Tommy Lee Nicholas was killed in Sim Son Valley, South Vietnam. All the hopes and dreams held by my grandmother and family for my uncle ended that day.

The Defense Department issued a press statement regarding his death, and the Anniston Star newspaper in its March 2, 1966, issue and other regional newspapers reported the following: "The Defense Department reports that. Pfc. Tommy L. Nicholas, son of Mrs. Minnie Nicholas of Decatur … killed in action in Vietnam."

I was told by my grandmother and others who remember this incident that Old Town, East Town, and all Decatur were saddened by his death. PFC Tommy Lee Nicholas was the first military serviceman from Decatur and Morgan County, regardless of military branch, to be killed in Vietnam.

For a brief moment in Decatur's history, the 1960s racial divide and challenges of the Vietnam War took a back seat to remembering and honoring my uncle. The Decatur Daily and other regional newspapers covered the return of his mortal remains from California to the L&N Train Depot on Vine Street and Railroad Street. Military servicemen met his remains at the depot, and Specialist 5 Larry Smith, Fort Berry, California, accompanied my uncle's remains to Decatur.

The Ministerial Alliance of Decatur with the leadership of the Rev. George L. Russell, pastor for King's Memorial Methodist Church, Principal C. Leon Sheffield of Lakeside High School, and city leaders met to organize a recognition service for my uncle. The service was held on March 4, 1966, at 7 p.m. Today, all of the service's leaders are deceased; however, the participants included, Barrett Shelton Sr., Mayor Gilmer Blackburn, Lt. Col. William T. Ezzard, the Revs. M.L. Gabriel and L.W. Powell, and Frank Moore.

The funeral was held on March 6, 1966, at Providence Missionary Baptist Church, Danville, with interment in the adjoining Camp Ground Cemetery. Full military honors were accorded my uncle, and they included 219th Military Police Company and Army Support Command, The United States Army and Redstone Arsenal.

My maternal and paternal families have answered the call to military service since the Civil War. Patriotism and allegiance to our country runs deep in my generational families. We are proud of our service and sacrifices and even today, beyond Vietnam, we are answering the call to serve.

PFC Tommy Lee Nicholas was the first military serviceman from Decatur and Morgan County, regardless of military branch, to be killed in Vietnam.

Do you support red flag laws in which police or family members can initiate court proceedings to remove firearms from a person?