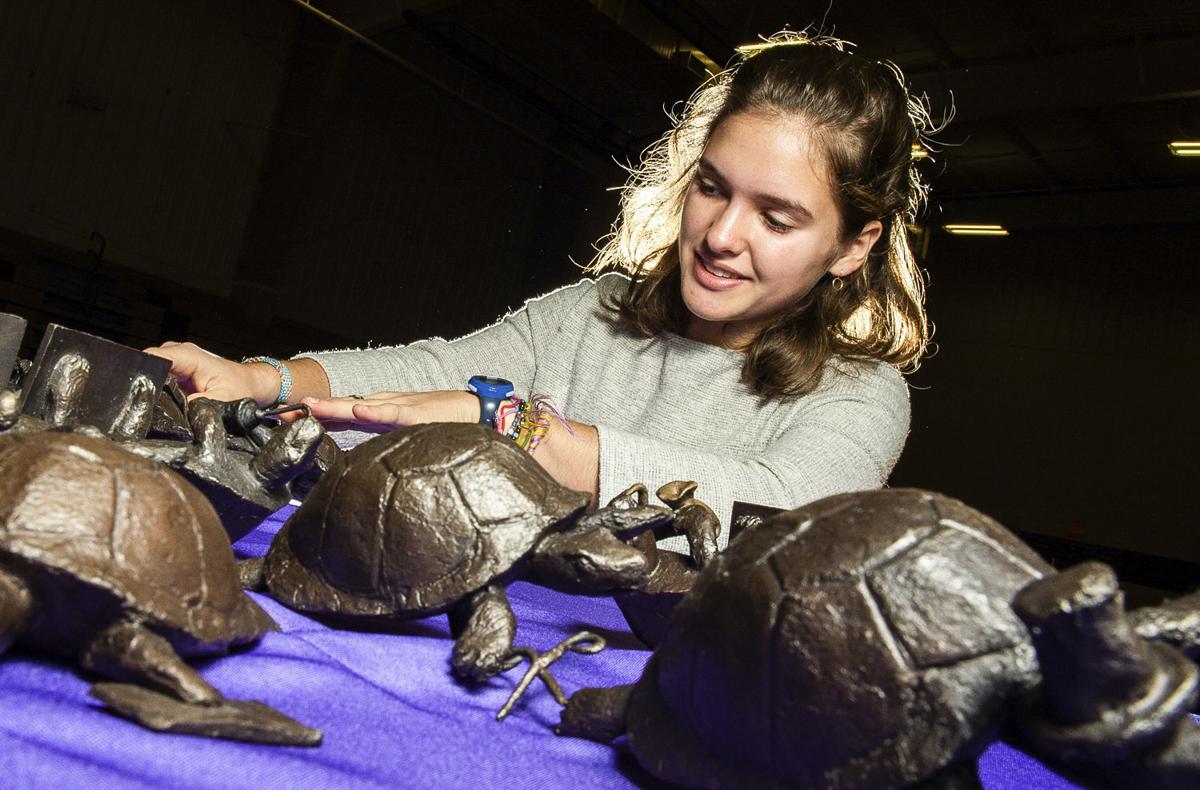 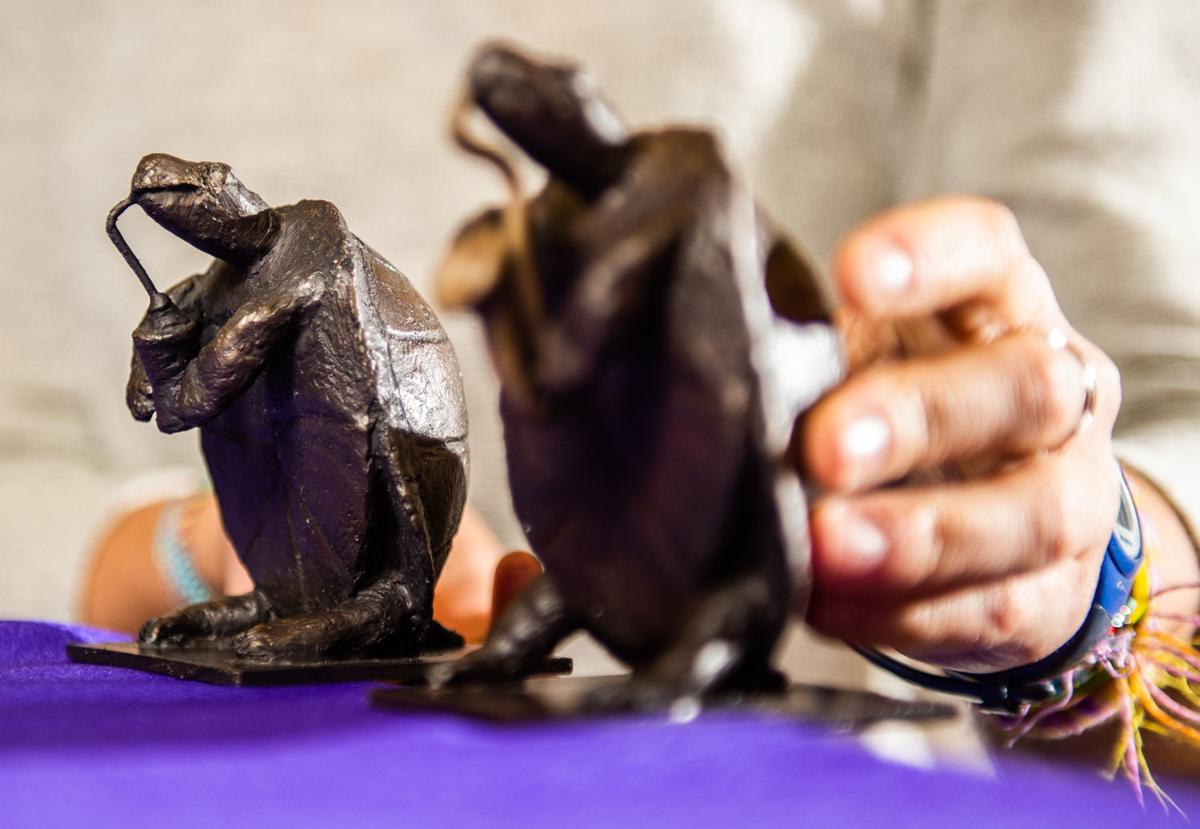 Each of the bronze turtles for Lucy Orr’s project has a detail, such as drinking a milkshake, connected to a historic place or event. [DAN BUSEY/DECATUR DAILY]

Each of the bronze turtles for Lucy Orr’s project has a detail, such as drinking a milkshake, connected to a historic place or event. [DAN BUSEY/DECATUR DAILY]

A teenager's turtle-themed project to get people out of their shells and into downtown Decatur needs only City Council approval to move forward.

“Turtles on the Town” is a project in which 10 bronze turtles, 5 inches long and weighing 2½ pounds, would be placed on each side of Second Avenue, between the Princess Theatre and High Point Market, as part of a scavenger hunt.

“I have family who live in Greenville, and I just loved the concept. I love the idea of kids and families trying to find them along Second Avenue,” said Orr, who has been working on the project for a year and a half.

Orr said she chose turtles after visiting the Cook Museum of Natural Science and finding out that Alabama is No. 1 in the country in the number of freshwater turtle species.

While children look for the Mice on Main based on clues from the book “Goodnight Moon,” Orr’s turtles will be part of a history-themed scavenger hunt. She went to the Morgan County Archives and spent a long time with Director John Allison.

“He just told us all kinds of great stories,” Orr said.

Orr said the scavenger hunt clues will be included in a card or a book that would be available from downtown merchants. She also had a suggestion to include the clues on a computer app that promotes downtown Decatur.

Kim Mitchell, of the Carnegie Center for the Visual Arts, then referred Orr to Everett Cox, a bronze sculptor at Lowe-Mill Arts in Huntsville. He created the bronze turtles from a wax mold. Each has detail connected with a historic place or event “that adds to their personality,” Orr said.

For example, one turtle is drinking a milkshake like those that were once sold at Lloyd’s Drugs downtown, while another has a shopping basket to represent the Piggly Wiggly Grocery Store that once operated on Second Avenue.

Not all are about places. One turtle holding a saxophone represents President Harry Truman’s visit to Decatur in 1960 to campaign for John F. Kennedy. Another turtle is carrying an American flag, a reference to the parade for veterans after World War II ended.

At $500 each, the small turtles aren’t cheap, but Danielle Gibson, executive director of Decatur-Morgan Tourism, decided they had value. Her organization paid the $5,000 required for their creation. The city's Parks and Recreation Department agreed to install them along Second Avenue.

“I’ve seen similar projects in other cities,” Gibson said. “The great thing about this project is it gets people out in the community and walking around the downtown area so maybe they will walk into a store they don’t usually visit.”

Rick Paler, executive director of the Decatur Downtown Redevelopment Authority, also got involved. DDRA is providing the insurance for the turtles.

“They would be tiny spots of art that could create a kind of culture,” Paler said. “Small replicas could be sold in stores and in the Cook Museum along with other possible collectibles.”

Orr and Gibson agreed that 10 turtles are a good start for the project, but they believe there’s potential for growth into other areas of downtown like Bank Street, the government district around Lee Street and the area around the Cook Museum of Natural Science.

Both said they hope another organization sponsors more turtles.

“I love that this project is expandable,” Orr said.

Councilwoman Kristi Hill, a former marketing professional, was impressed with the 17-year-old Orr.

“She’s a visionary at such a young age,” Hill said.

The next City Council meeting is scheduled for Nov. 18 at 10 a.m.