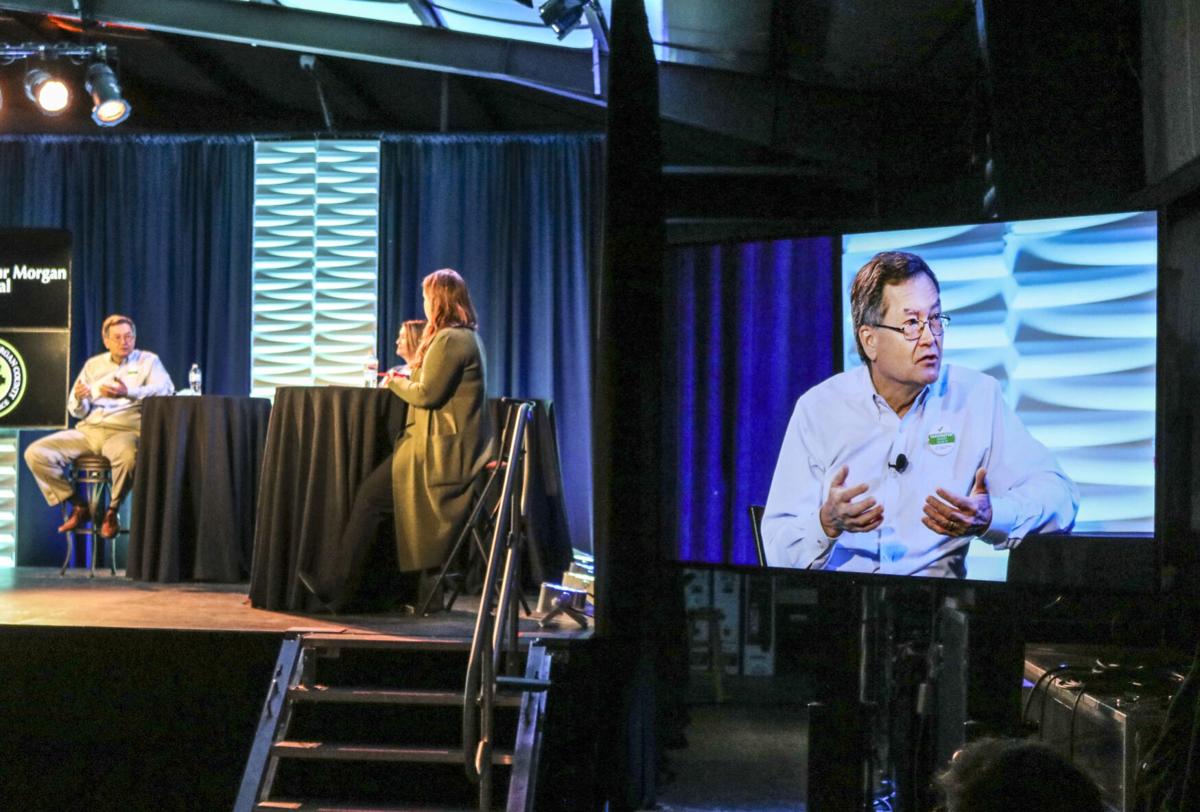 Dr. James Boyle, a pulmonologist and director of the intensive care and critical care units at Decatur Morgan Hospital, answers a question at the State of Health Care forum Thursday. [ERIC FLEISCHAUER/DECATUR DAILY] 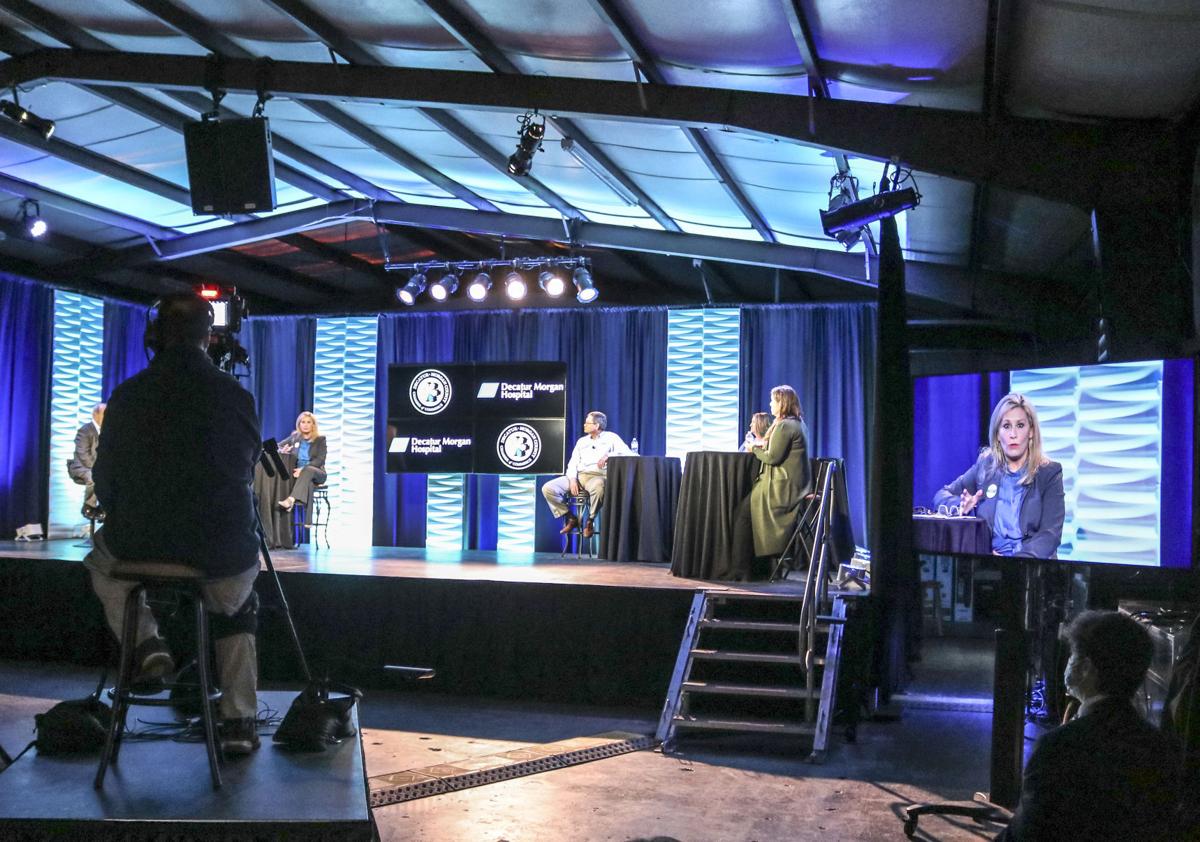 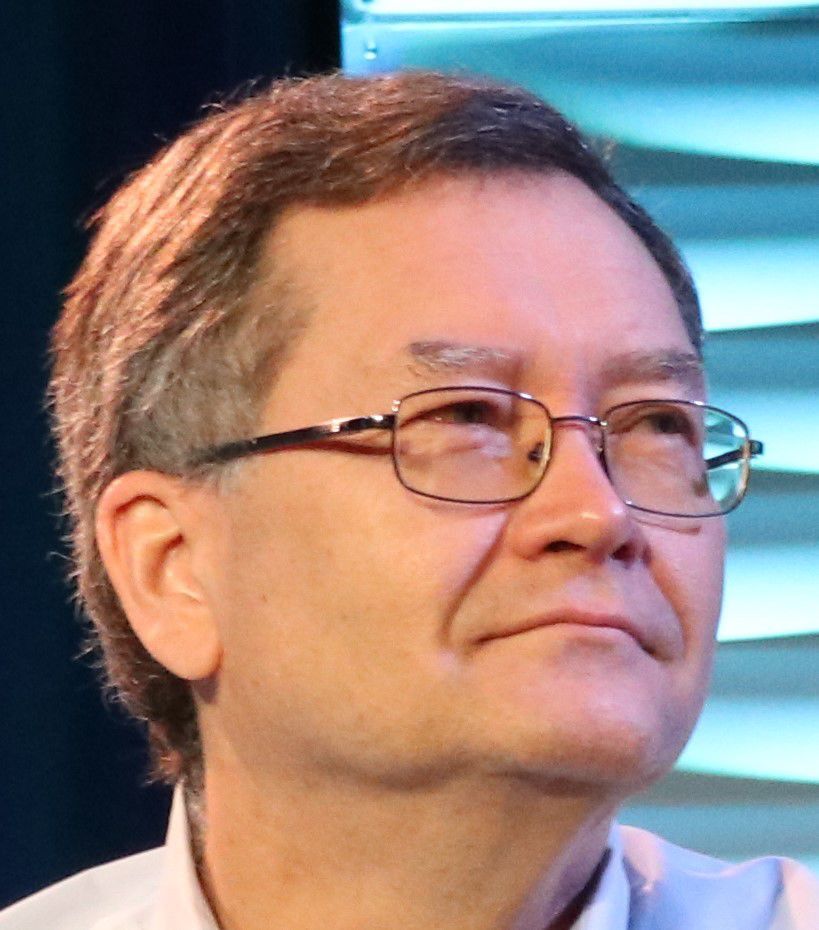 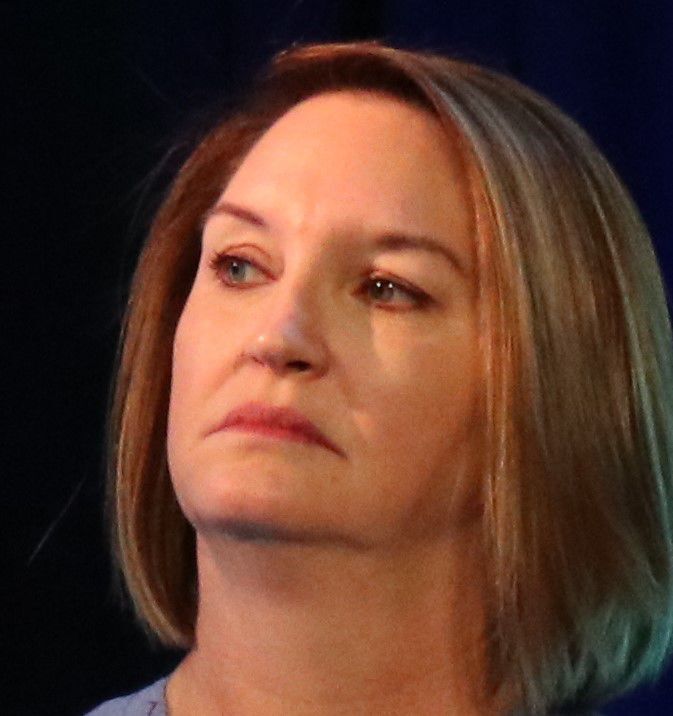 Dr. James Boyle, a pulmonologist and director of the intensive care and critical care units at Decatur Morgan Hospital, answers a question at the State of Health Care forum Thursday. [ERIC FLEISCHAUER/DECATUR DAILY]

Decatur Morgan Hospital staff on Thursday provided a glimpse inside the COVID-19 war zone that has been their workplace for 10 months.

“We’re wounded,” said Dr. James Boyle, a pulmonologist and medical director of the intensive care and critical care units at the hospital. “We do have days of joy, but we’re still wounded.”

The number of COVID-19 inpatients at the hospital was creeping up Thursday, with 61 patients confirmed or presumed to have the virus and nine infected patients on ventilators, but Boyle said it was far worse earlier this month when the hospital was populated by almost 100 COVID-19 patients.

“Early January, we saw some dark days,” he said.

Even in these brighter days, the intensive care unit exceeds capacity. On Thursday, Boyle said, two ventilated patients were in the emergency room because there was no space remaining in the ICU.

“We’ve got to rescue the rescuers,” Boyle said of embattled health care workers. “We’re going to have a little post-traumatic stress from this.”

He said he is concerned about the arrival of a coronavirus variant that was first discovered in the United Kingdom and was detected this week in Alabama. It’s more contagious than the dominant U.S. strain and preliminary data from the U.K. indicates it has a higher mortality rate, although researchers believe vaccines are effective against it. The first case of a South African variant believed to be more resistant to the vaccines was detected Thursday in South Carolina.

Boyle was speaking at the annual State of Health Care discussion hosted by the Decatur-Morgan County Chamber of Commerce. COVID-19 was not just the primary topic, it shaped the event. Usually held in crowded meeting rooms, this one was held without an audience at a studio and livestreamed to ticketholders. Participants wore masks until seated and remained at least 6 feet apart from each other.

Stacy Codding, a palliative care nurse at Decatur Morgan, said the coronavirus is taking a toll on nursing staff.

“On the front lines it is very busy, sometimes chaotic,” she said. “We are working overtime. We’re staying late. We’re coming in on our off days. We’re doing really whatever we have to do.”

She said the hospital recently implemented a plan to provide spiritual and psychological support for hospital staff.

“Mood and morale — it depends on the day,” Codding said. “There are days when we feel a little more defeated than others.”

Decatur Morgan CEO Kelli Powers said people outside the hospital can’t understand the environment inside as COVID-19 has ravaged the county.

“If you’ve ever had a family member to die, you know what that’s like,” she said. “But think if you had to deal with one a day or multiple a day. And the nurses and physicians, they’re connected with these families. They’re experiencing that death over and over and over again with the families.”

With COVID-19, everything at the hospital has changed. “We’re not the same place we were a year ago,” said Boyle.

“Every part of being in the hospital had to be disrupted,” Powers said. “People are doing a lot of different things that they weren’t doing before.”

Boyle said developments in treatment — specifically the availability of monoclonal antibody transfusions — have changed recommendations on testing for those exposed to the virus or exhibiting early symptoms, such as a fever or a loss of taste or smell.

“Before we’d tell you to just stay home, don’t get tested — there’s not a benefit,” he said. “Well now I’d urge you to get tested … because we have new treatments that occur before you come into the hospital.”

He said the timing of various treatment regimens is critical in dealing with COVID-19. Steroids, for example, are beneficial once COVID-19 becomes severe, but administering them too early can prevent the immune system from fighting the virus.

He encouraged health providers to take advantage of the treatment, noting that physicians can prescribe the transfusion even if they have no privileges at Decatur Morgan, as can nurse practitioners.

“We want you to get these medicines, and we think there’s a high probability this will keep you from getting severe disease and coming to the hospital,” Boyle said.

Better than treatment, however, is prevention. Boyle stressed the importance of wearing masks, social distancing and hand hygiene.

“Anybody that’s been on a ventilator three weeks, if they could go back and have lived their life a little differently, they probably would not have gotten the virus,” he said. “They would have been a little more cautious.”

Wearing masks in public is essential, he said, and he's puzzled by the resistance.

The lack of masks in the community is hard for nurses and doctors to deal with, he said.

“We get off work. We’ve been fighting this virus. We’ve been seeing people die and we go into a business and they’re not wearing masks. It’s demoralizing,” he said.

He recalled a nurse at Decatur Morgan who quit recently after working there 20 years.

“He was having to work overtime. He’s burned out. He went into a store to get a pan and nobody was wearing a mask. It so demoralized him. … He just said, ‘I’m done.’ He doesn’t have a job; he just quit.”

Boyle said after the panel discussion that he's not as frustrated with those who decline to wear masks as some of his colleagues.

"The people in the store are not wearing a mask for several possible reasons," he said. "One of them is clearly the mixed messaging, people telling them, 'No, they're not that important, this is a hoax.'

"I don't so much blame the people in the store as I blame the failure in leadership. There's no question when historians go back and look at how we did during the pandemic, they'll see this was an unmitigated disaster. We've got 4% of the world's population and 25% of the world's deaths. It's been a failure from the get-go."

Boyle said a positive sign he’s seeing is that more people are wanting to get vaccinated. At the hospital they’ve taken to calling it “jab envy,” he said, when people complain that their friend was vaccinated but they haven’t been. That gives him hope they will get in line to be vaccinated when vaccine is available.

“Envy in general is a bad thing, but we’re going to use that to our advantage," he said. "We’re going to try to push as much jab envy as possible.”

Please wear your masks , help the hospital workers do their work saving lives

I know so many people that fall in to the category of being non-believers, non-maskers, just refusing to comply with anything. This article breaks my heart that you guys are going through what you are and the people out there that are so selfish cannot get it through their heads. I pray there is a change